THE DARK PICTURES - THE DEVIL IN ME
Platform: PC
60
SummaryNewsArticlesVideoScreens

The Dark Pictures: The Devil in Me Review

Horror games aren't exactly the first thing that comes to mind when players think about episodic or annual releases. But ever since Telltale managed to find success with its adventure series, the idea has certainly spread to other developers and genres. The Dark Pictures Anthology looked to provide a unique experience by releasing a series of standalone third-person horror games every year, with some basic but familiar and accessible gameplay. Man of Medan offered cheap thrills, Little Hope had a great atmosphere, and House of Ashes went over the top with its plot and action. Despite being four releases deep, developer Supermassive Games still hasn't been able to hit its stride with this series. The Devil in Me makes pedestrian changes to its gameplay formula and though it has some of the series' best scares, it also quickly peters out, and doesn't have much impact as the apparently final game of this season in the anthology. 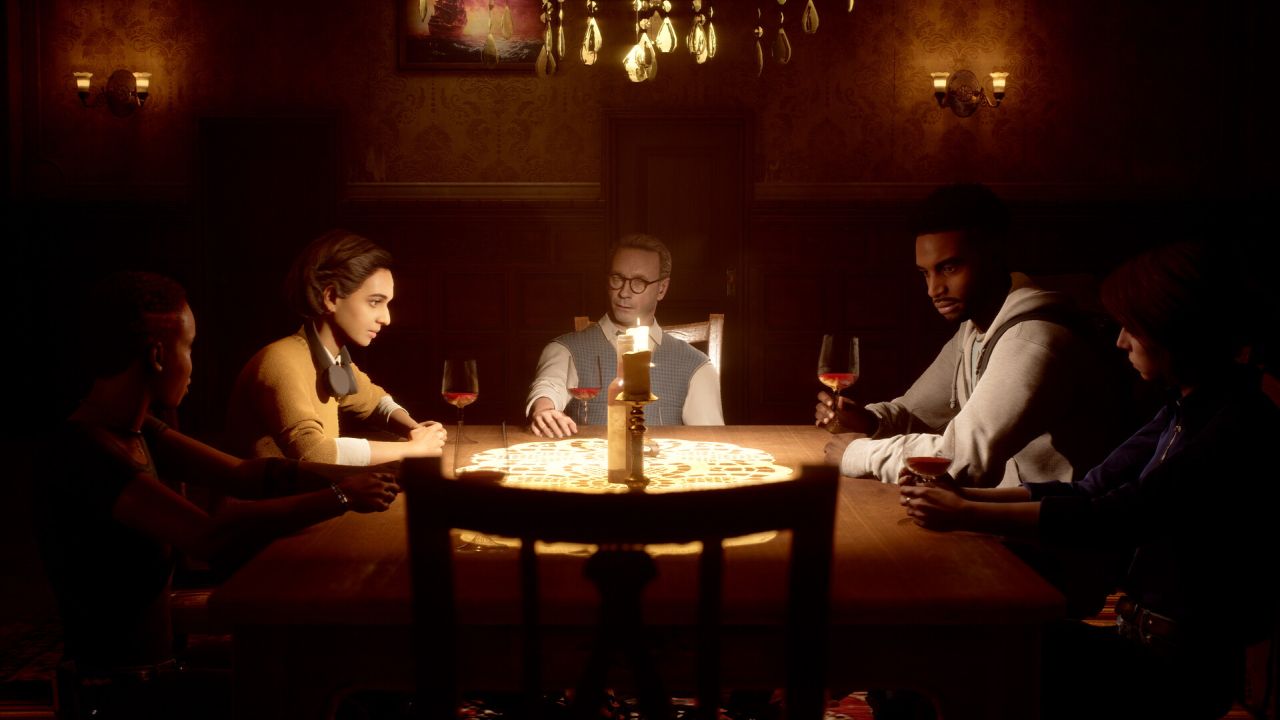 As is the case with its predecessors, The Devil in Me collects a cast of one-dimensional characters and puts them into a dangerous situation, from which they may or may not come out alive. This time around, the cast is led by reporter Kate Wilder (voiced and featuring the likeness of actress Jessie Buckley), who as part of a film crew gets invited to an island. But not just any island –one that features a modern-day replica of an 1800s hotel that was used by H. H. Holmes, one of the first infamous serial killers in America. This marks the first game in the series with a foundation in real history and without adding any supernatural elements. The film crew are desperate for content for their crime-focused show, so they accept the invitation, and even as strange scenarios unravel, they remain focused on the task at hand.

The older leader of the group, director Charlie is constantly pushing everyone to do their work, and isn't the nicest guy. Alongside Kate, are her ex-boyfriend and cameraman Mark, lighting tech Jamie, and her potential love interest and shy intern, Erin. As the group checks into the fake yet functional hotel, things quickly deteriorate and a killer begins to stalk them. The hotel itself also begins to shift and reveal a variety of traps and deadly contraptions, as the group flees and gets constantly separated and re-united. These characters are fairly bland and it's difficult to care about them; they are similar to the cast from Man of Medan, in that you don't particularly care about their fates. The voice acting is decent but the writing often struggles, and there are some uneven transitions between scenes. All characters can die if you make wrong choices or fail quick-time events, and the game tries its best to stitch things together and reach one of its endings.

The pacing runs into some rough spots. There are at least two scenarios that felt like they should have been the finales, but the game just keeps going into another dull exploration section, losing any sense of momentum. It also feels like players need to suspend a lot of disbelief in this one – from silly horror cliché actions by some characters, to unlikely outcomes. Without any supernatural / unknown elements involved, it's hard to look past plenty of very easy opportunities to cooperate and eliminate the singular threat, especially when the group comes together. 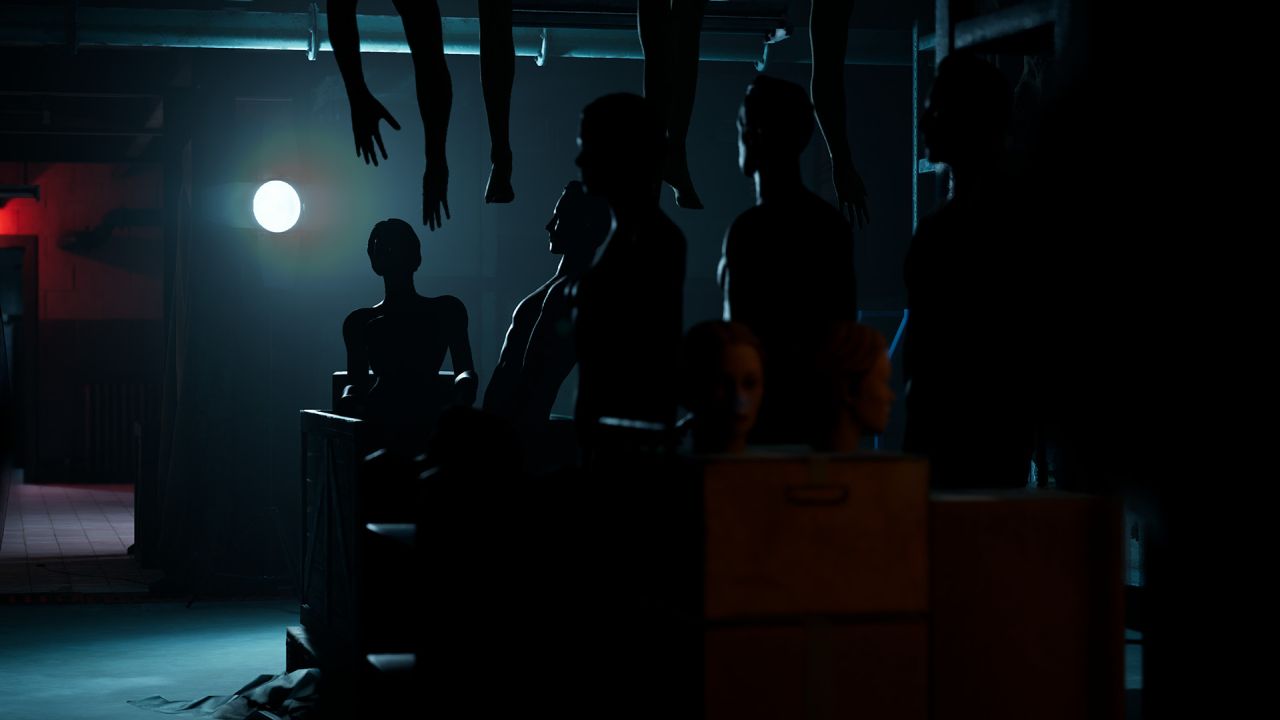 At least the start is very promising. The hotel makes for a great setting, feeling both claustrophobic and unpredictable, and thanks to its false walls and secrets, the setting is much larger than it appears. The early sequences produce some of the best atmosphere and scares in the series to date, including excellent use of audio. Unfortunately, the deeper you progress into the adventure, the more action-oriented it becomes; once again the pacing feels like it picks up too early, and you spend nearly half the game running away in various circumstances. Haunting scares get replaced by things jumping at you, along with some inconsistent gore. The killer that operates this hotel apparently gathers his victims and occasionally uses their body parts in mannequins, but this never really materializes as a central theme. In fact, not much about the killer's motivations gets explained in the end, apart from a troubled upbringing, and the conclusion is unsatisfying and cliché .

While the story is standalone, the gameplay will certainly be familiar to those who played the previous iterations. Once again a third-person, narrative-focused and choice-centric adventure, The Devil in Me makes some slight tweaks to the formula, but the new additions are minor and there are no improvements to the existing issues. For instance, you will explore a few small and linear environments with a third-person camera that often follows far too close, making it annoying to see around you. Anything interactive will glow, and you can pick up and inspect items and clues, to reveal more of the back story. Premonitions still provide a quick hint at a possible future outcome, giving you a chance to avoid a death of a character. Optional collectibles unlock some bonus items, and some new collectibles play narrated video clips.

The developers tried to expand the interactivity of the world, so on a few rare occasions you may have to jump across a gap, or push around a cart on wheels that acts as a platform. Another addition is the ability to carry something in the inventory – but again, it's entirely pointless, given that it's often a key or an item that's used almost immediately, and you have no other choice of action. Each character has a unique item, but it's only used when needed. Characters also have a light source, and there is a very simple fuse box mini-game that crops up on occasion, as well as a prompt to hide from something. All of this is extremely basic adventure-game interactivity that only serves to slowdown the already mundane exploration sections, and compares very negatively to deeper mechanics in other games. 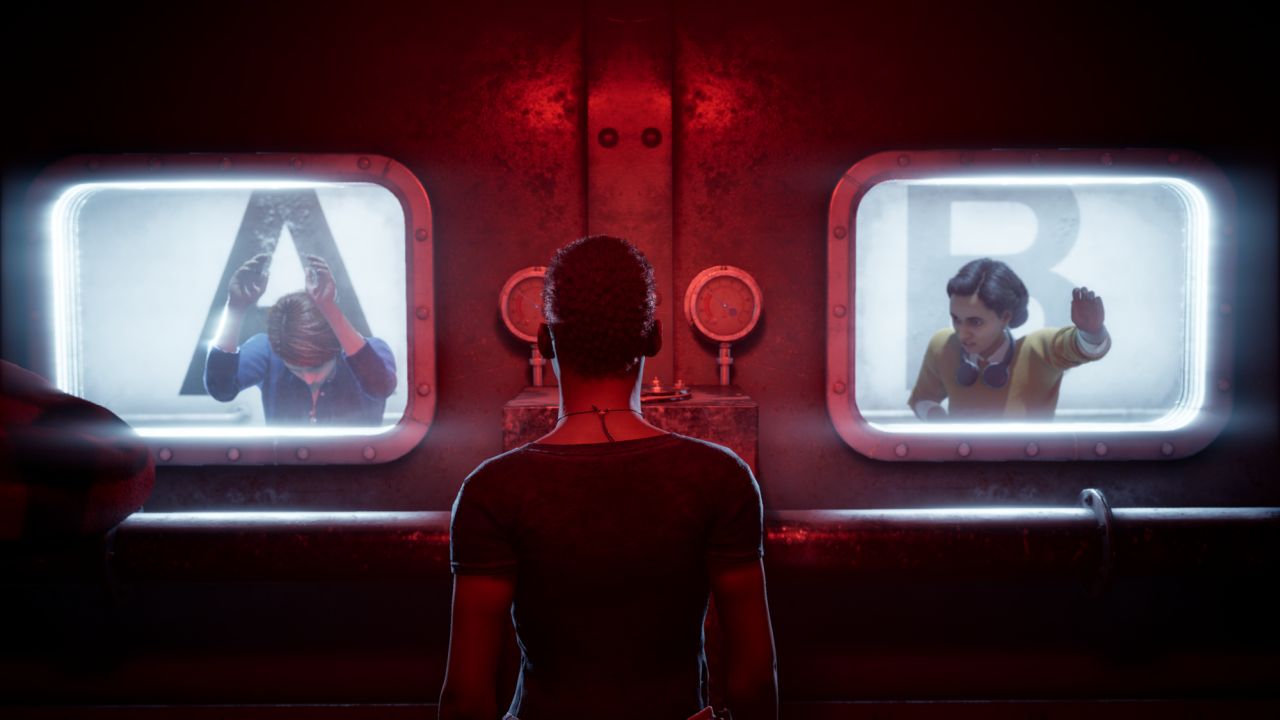 When not walking around, you will be participating in the usual scripted events, whether that is conversations or action sequences. The conversations with other characters let you pick with the usual two responses, and it can affect the personality and relationships in the group. Though as before, this mechanic feels entirely overblown; characters are said to have multiple different sides to their personality, but none of this really matters. Unless your goal is to cause strife within the group so they refuse to work together or help one another in dangerous situations, just being nice will keep the relationships at a fine enough level.

During action sequences and when making key choices, things mostly work out as predicted. Sometimes things are not as they seem and if you've developed a hunch after playing this series, it will continue to serve you well here. There are a few occasions though where the outcome is hard to predict, as the game doesn't provide enough clues or a premonition to guide you, making it a bit of a coin toss. And when there is outright action and timed button presses or holds that are required, the set pieces can be a bit awkward, with poor flow and cohesion. Still, the game at least continues to carry over its positive improvements. You can simplify the QTE prompts, select from one of three difficulty settings, and helpful indicators point out when you are about to leave the current area during exploration.

The games in this Anthology are on a limited budget and development schedule, and even though last year's House of Ashes made the jump to next-gen consoles, the quality of presentation continues to be subpar. The likenesses of the actors and their mo-cap is usually decent, but there are clear inconsistencies in quality. Sometimes the facial animations are good, other times not so much. Animations can also be all over the place, both in and out of scripted sequences. Performance is also a bit shaky on the high-end PC specs. Another oddity is some characters just making too many grunt noises, and breathing like they had just ran a marathon (even early in the game). 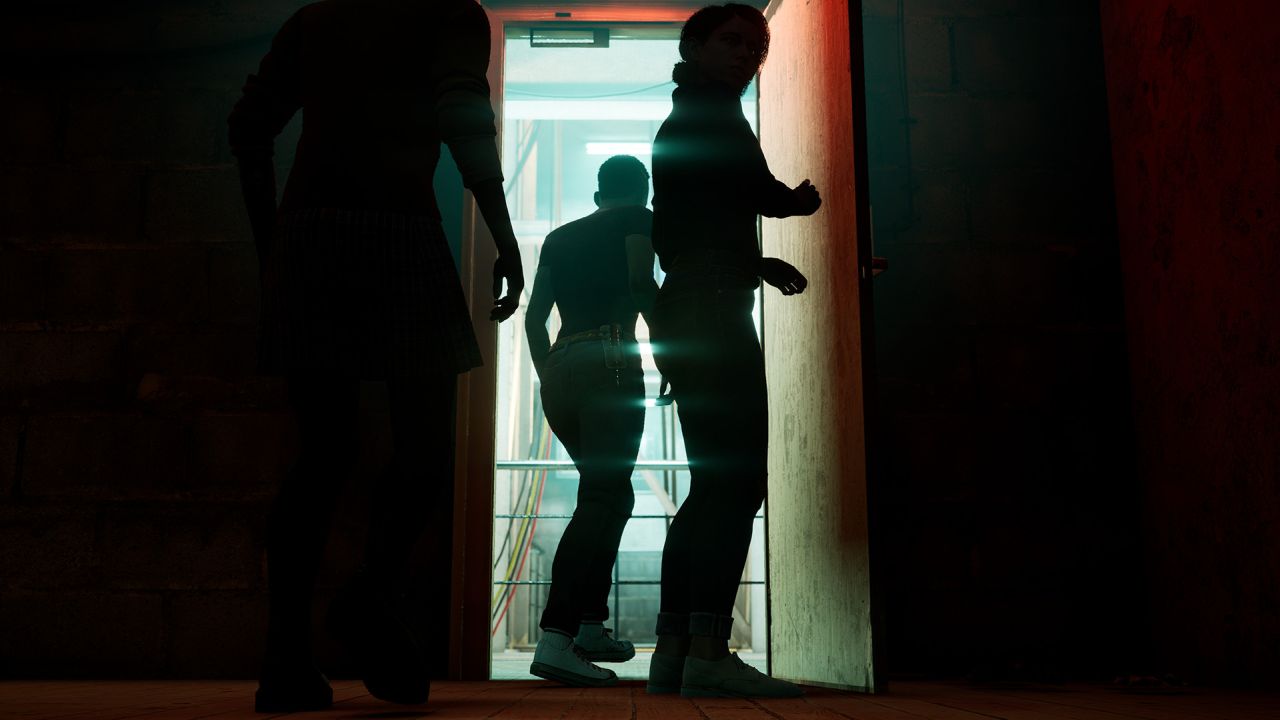 The Dark Pictures: The Devil in Me doesn't leave a lasting impression, despite being the final chapter of this current anthology – the first to also miss the coveted Halloween launch window. It's got some great atmospheric moments, but they are long forgotten by the time you reach the finale about 6 hours later. The pacing and presentation quality is inconsistent, the gameplay formula continues to grow bland, and the new additions are superfluous at best. It's extra disappointing because with The Quarry being released earlier this year, it shows that these sorts of games can still be quite good. And while that game was not part of this franchise and priced higher, you can't help but compare, especially given it's from the same developer. If the next Dark Pictures game is planned for next year again, and kicks off a new apparent "season" of horror experiences, hopefully it's off to a stronger start than this largely middling first season.

Our ratings for The Dark Pictures - The Devil in Me on PC out of 100 (Ratings FAQ)
Presentation
65
It's not a full priced title, but the quality of visuals and audio is just too inconsistent.
Gameplay
60
Adding extremely minor new elements doesn't work to expand the experience as much as it highlights how basic these mechanics are. The series is better off sticking to its strengths as an interactive movie.
Single Player
55
After a strong start and some of the best levels to date, the story and scares fizzle out and devolve into generic horror drama.
Multiplayer
NR
As before, you can tackle the adventure with other players, locally or online, assuming roles of different characters.
Performance
(Show PC Specs)
CPU: AMD Ryzen 7 5700X
GPU: AMD 6700 XT 12GB
RAM: 16GB DDR4
OS: Windows 10 Pro 64-bit

75
Some framerate instability and occasional minor visual glitches.
Overall
60
The Dark Pictures: The Devil in Me has a promising start but ends up being a lackluster final game in the first season of this horror Anthology. Although the formula can still work, as demonstrated by The Quarry, with bland gameplay and uninteresting characters this sub-series clearly needs a facelift. 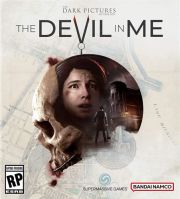