Two souls are better than one

No matter how much time passes, there will always be something satisfying about playing beat ‘em up games. I devoted so much time in the 90s playing titles such as Double Dragon and Golden Axe that whenever I dive into games inspired by these classic brawlers, I can’t help but get hit with a rush of nostalgia. Young Souls is the latest to rekindle these emotions. It embodies an enthralling side-scrolling adventure that entwines itself with RPG mechanics as it throws the spotlight on two feisty teenagers confronting adolescence in all aspects of their lives. 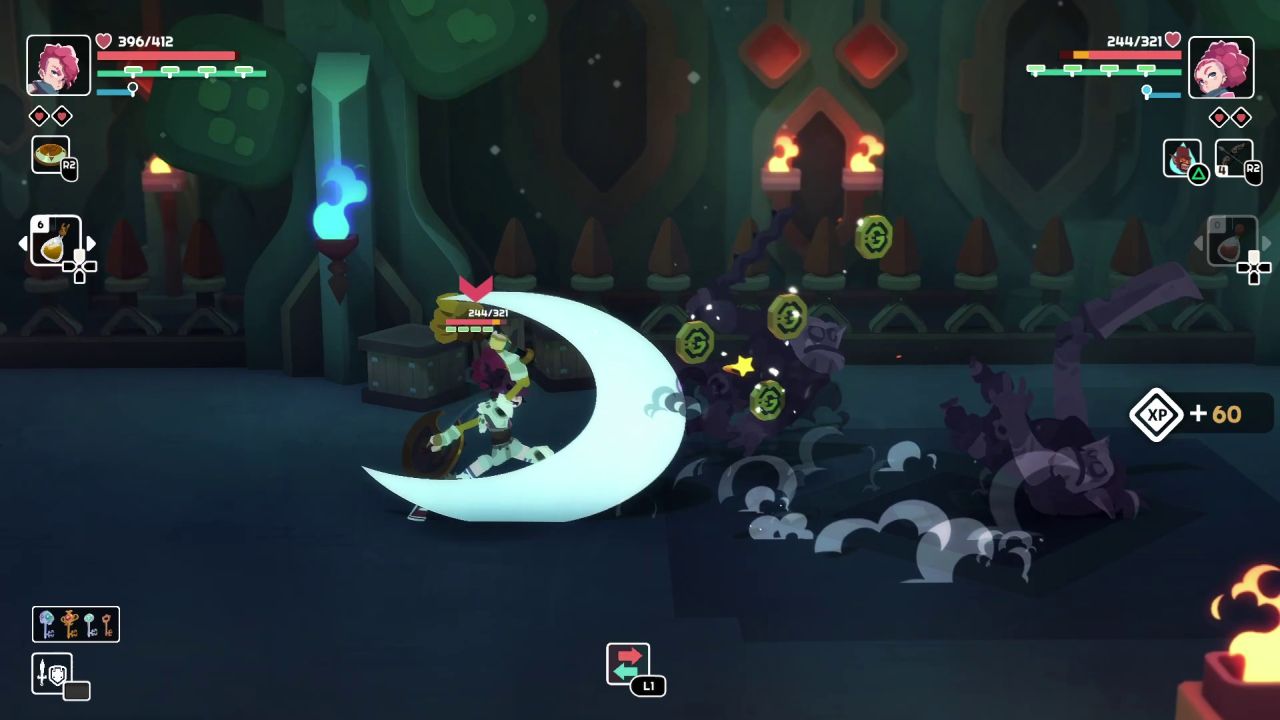 The story revolves around two orphan twins named Jenn and Tristan. The teenagers are kindly taken in by an eccentric scientist and live out their days in a sleepy ocean port town until their adoptive father’s abrupt disappearance quells their peace. The dexterous pair investigates and finds a mysterious portal that transports them to a dangerous underground world. In this realm, the twins encounter enraged monsters who attack them. After the scuffle, the pair are informed that goblins have kidnapped the professor for their own diabolical ends. To stop the imposing threat on their quaint town and rescue their adopted father, they must gather the runes of power to help fuel the portals to halt the evil plans.

The story is excellent from a narrative standpoint, as it constructs a meaningful setting for both the human and goblin world. Alongside this, our protagonists are incredibly likeable. The pair continuously banter with each other, leading to many comical moments throughout the journey. Forewarning in advance, the siblings do have a potty mouth at times. However, you can always switch on a profanity filter if you don’t want to see that type of language. Not only that, but there is plenty of depth to our protagonists, as they are often portrayed as outcasts, which makes the predicament they find themselves in more ironic as it is down to these boisterous teens to safeguard the town unbeknownst to its locals.

From the moment you start playing, it’s hard to ignore Young Soul’s appealing aesthetics. The art direction feels ripped straight out of a comic book as it has a glorious-looking layout. Furthermore, the characters portrayed on screen are stylized in 2D and move in a side-scrolling fashion. Overall, it has a distinctive visual identity that makes the game incredibly inviting to play from start to finish. 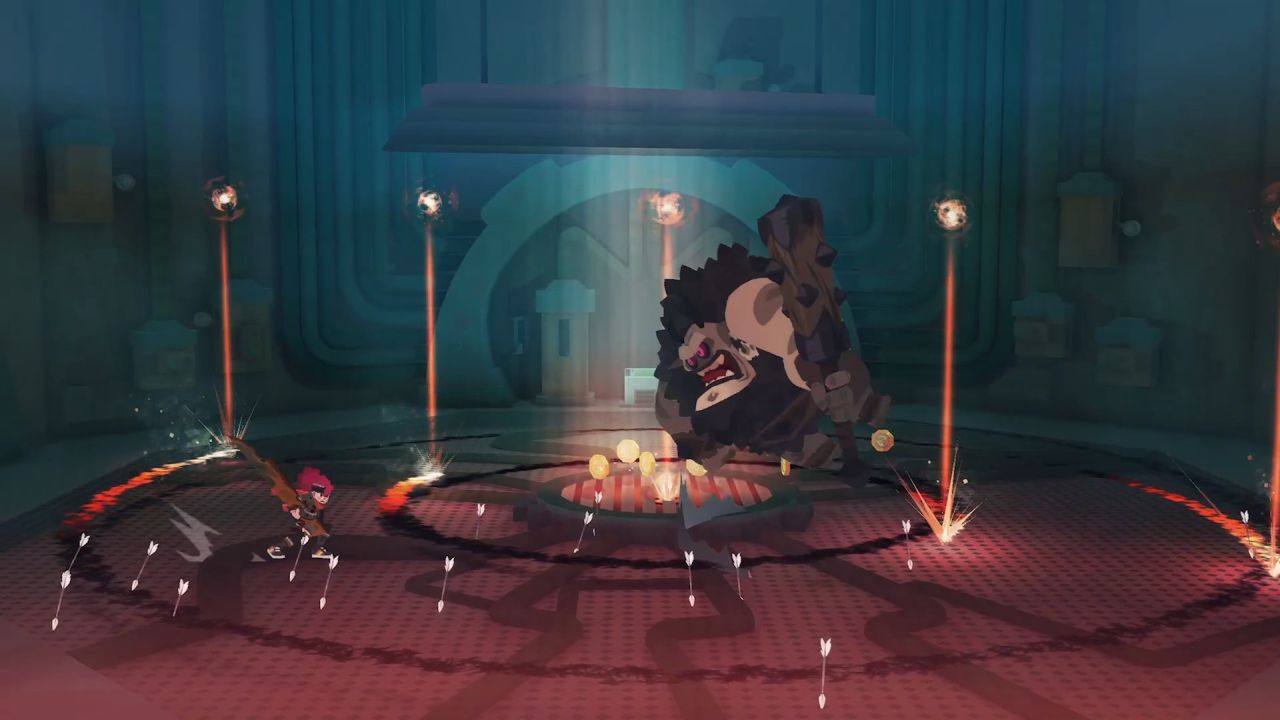 Young Souls takes the phrase two heads are better than one to heart, as it has a unique system that allows you to switch between the twins at a moment’s notice. If you decide you don’t want to go on the journey by yourself, you can tackle it with someone via two-player couch co-op as each player takes control of a twin.

These two unlikely heroes will need to dedicate plenty of time traveling through the underworld to find the runes of power. This usually entails navigating through a series of dungeons that will have hordes of cantankerous goblins around every corner wanting to battle you. As mentioned before, the combat takes the form of a classic brawler; the objective is to slay the monsters you encounter by inflicting damage upon your opponents. You start with a bog-standard sword and shield, but progressing later down the line, you can pick up more fearsome weapons like cleavers, axes and dagger blades, to name a few.

You have the stereotypical actions one might expect, including basic and charged attacks, but you can also execute more quirky assaults like a whirlwind attack that will push back adversaries or play more defensively by rolling out of the way of oncoming aggression and parrying enemy strikes. There is a surprising amount of moves you can carry out, with the weapon you are holding affecting your character’s speed and movement. In practice, this makes the twins feel very interchangeable, as the slightest alteration in equipment can dramatically influence the way they execute moves. This constant readjustment between the twins can change a heavy-hitting axe wielder to a nimble-footed rogue, making the battles very interactive and entertaining. 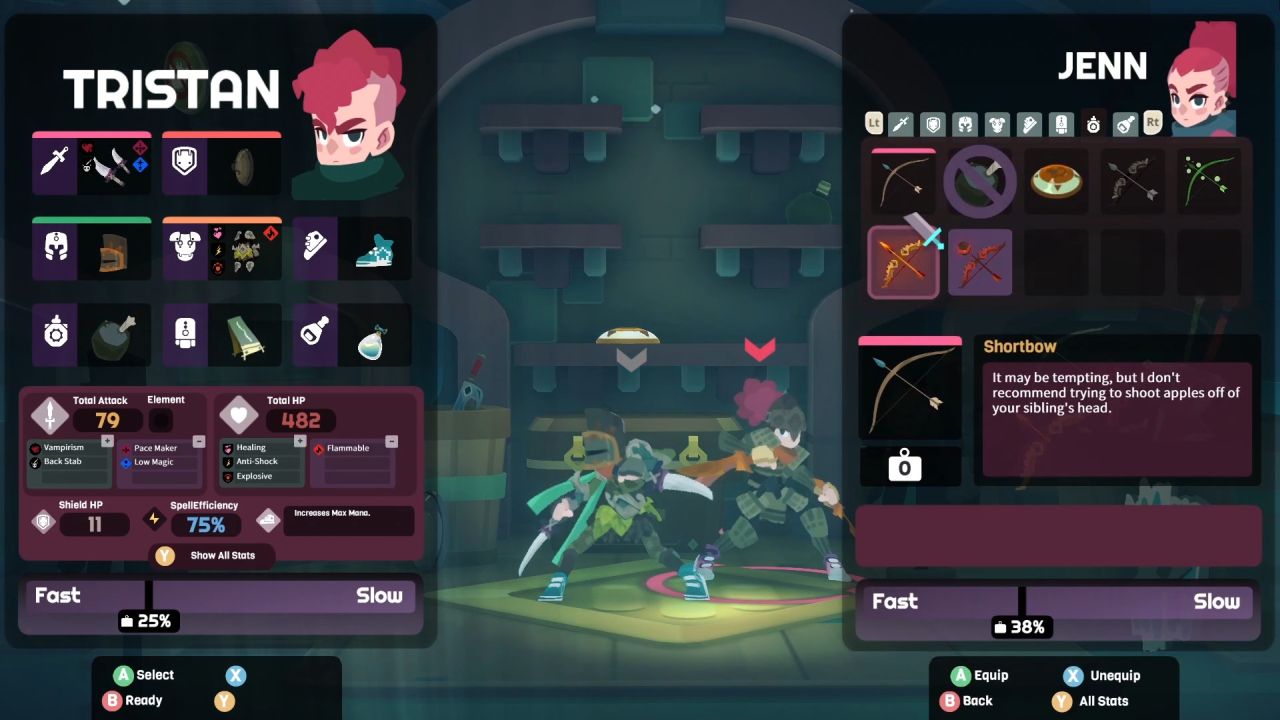 Although the combat is not just a mindless button-basher, you will have to manage your health, mana and stamina bar to neutralize and respond to sudden waves of attacks successfully. This is where the mechanic of switching between the twins can be of great benefit because doing so can replenish your health bar. Additionally, the swap enables you to execute a tag attack, resulting in the duo blitzing the belligerent foes with a violent assault.

The dungeons themselves come with a series of levels, so it’s easy to identify if the chamber threshold is too high to challenge at that given time. For the most part, the difficulty never got too overwhelming, with even the boss battles being a breeze as long as you meet the level recommendations. The key to every fight is being spatially aware of your surroundings and using that to your advantage.

One of the best aspects of Young Souls is the dualism between the goblin and the real world, which takes centre stage outside of the fighting. Both worlds exist in parallel, which means many of the actions that transpire in one will directly impact the other. For instance, when you level up, you will gain tokens that can be used at Happy Fit, a gym in the real world that will bulk up your heroes’ stats for the next time you fight against monsters. For that reason, there will be a lot of commuting between the two worlds to optimize how you progress and level up. It even goes as far as both worlds having different outfits and separate forms of currency; these small details add to the fact that the twins are truly living a double life. 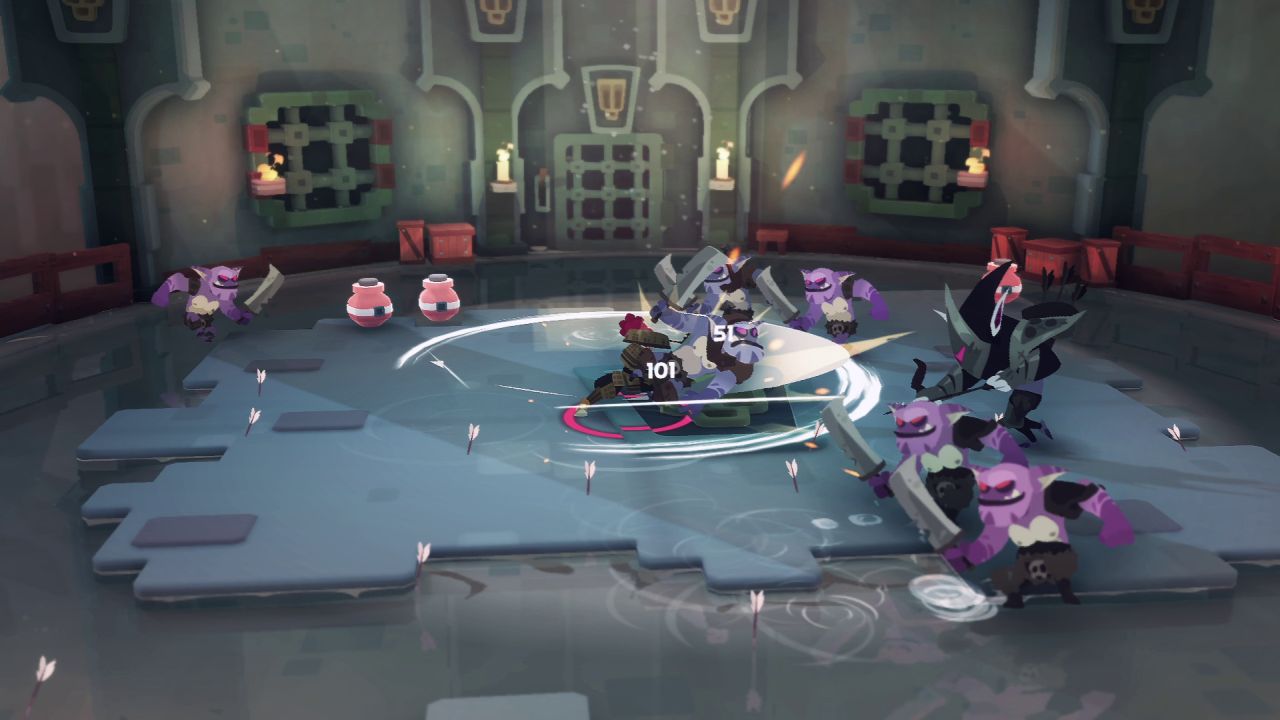 Unfortunately, I did encounter a few technical hiccups. On two occasions, the game completely crashed, which resulted in me having to exit and re-start the application. There was a save option regularly available in the menu, so I didn’t lose that much progress. Hopefully, this can be an issue resolved in a future patch, but it’s worth noting. What’s more, the loading screen can sometimes take a while. It’s not particularly devastating, but it could take a few seconds to load up the equipment page, and you will be surprised how often you will go in and out to switch out weaponry, which will eventually add up.

Young Souls cleverly uses a good combination of beat ‘em up mechanics with a compelling, rich narrative to create a captivating world. The unique combat makes confrontations twice as fun, and the splendid art design is a pure joy to behold. Unfortunately, a few technical problems let it down at times. Having said that, if you’re looking for a whimsical adventure, then Young Souls will unquestionably fit the bill.

Our ratings for Young Souls on Xbox One out of 100 (Ratings FAQ)
Presentation
80
The game is bursting with vibrant comic book styled aesthetics that bring this 2D environment to life.
Gameplay
75
The combat is thoroughly entertaining, catering to a lot of different playstyles. It utilises a fighting sequence that switches between the twins to help gain the upper hand in battle.
Single Player
85
The rebellious twins give the narrative a very distinctive vibe, with the dualism of the human and goblin world working parallel with each other.
Multiplayer
NR
Co-op play
Performance
60
The game crashed on multiple occasions, with loading screens sometimes taking a while.
Overall
75
Young Souls is a well-designed brawler with an exciting combat system that is easy to use. The story makes an impactful impression as the wayward teens will constantly entertain you with a barrage of witty remarks while defending their sleepy town from hordes of underground monsters. 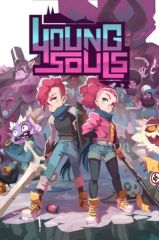