Freedom for me, but not (necessarily) for thee

I like the idea of road trips more than going on one. Venturing out and exploring the country? That seems like a pretty amazing proposition to me. Then I begin to think about all of the trouble that comes with going on said road trip. The cost and the lodging alone would drive me wild. Road 96, the latest from 11-11 Memories Retold developer Digixart, brings the road trip experience to the home, though. However, this is no leisurely trip through some tourist traps. This is an adventure with life and death stakes. 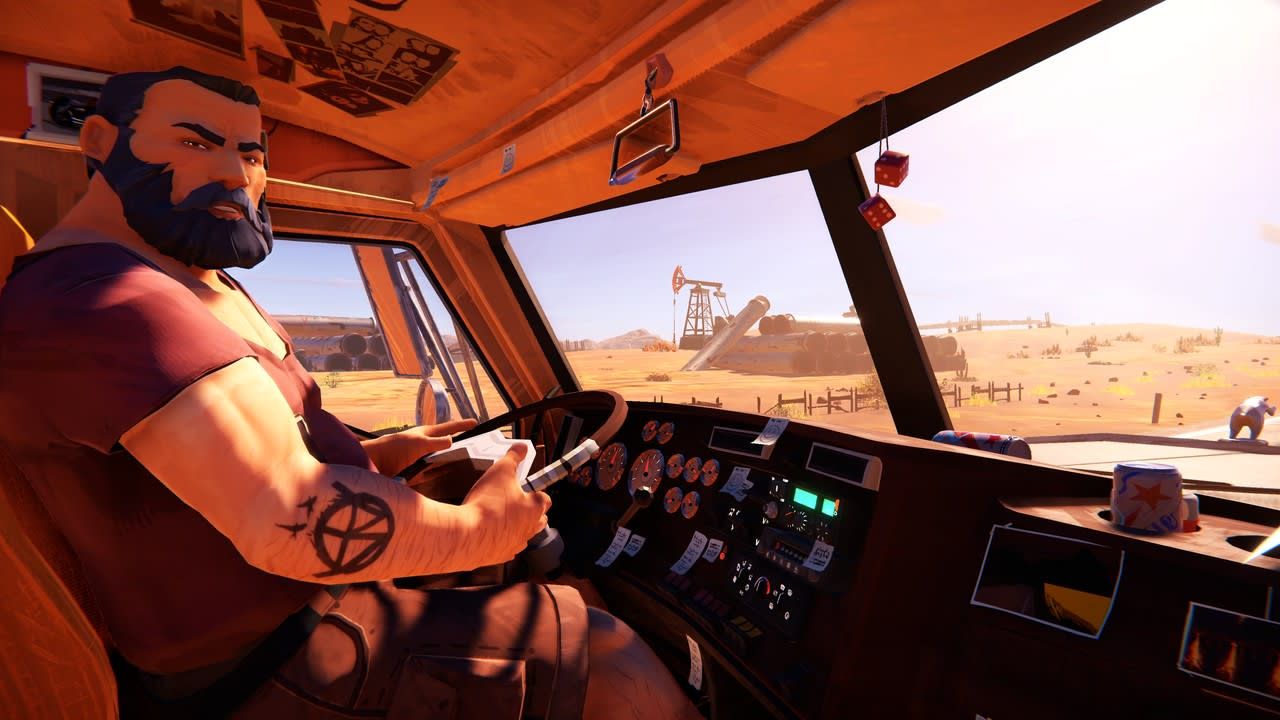 The year is 1996, and we aren't in America, but rather the fictional country of Petria. With the country slipping further and further into authoritarian rule, the youth of the nation are trying to figure out their escape plans. For most, it means crossing the border into a neighboring country that offers a chance at a better life. However, the road to get there is treacherous and difficult to navigate. You'll need to work with the right people, take chances when you can and ultimately make tough decisions if you want to survive. With an explosive Election Day on the horizon, the sooner you can abscond from Petria the better.

Rather than feed you the story of Road 96 linearly, Digixart have opted for a more novel approach. You are placed into the shoes of multiple runaway teens, with each of them taking their own unique paths to the border. Heck, you might not even make it to the border. You could pick a fight with the wrong man and end up as another body on the side of the road. As you make your way through multiple runs in the game, though, you'll learn more about the recurring cast of characters you come across. What's the true goal of bumbling criminal duo? Or just what exactly is fellow runaway Zoe trying to get away from? You'll uncover these answers the more you travel down the roads of Petria.

It's impossible not to see the similarities between the world of the game and the divisive political landscape of modern America. Everyone has an opinion on who should be leading this country, and some are better at hiding it than others. Such is the case with the faces you come across upon your journeys. Sometimes it's readily apparent which political ideology someone supports, while other times it may take a few runs before you discover their true feelings. It's an engaging loop that keeps the pseudo-rogue-like design of the title interesting. Without the additional layers of character development to uncover, I'm not sure the repeated trips to the border would hold up.

Ultimately, I think the fragmented storytelling of Road 96 is its biggest advantage. You never spend too much time with one character during a run, which both leaves them with some mystery and doesn't let them overstay their welcome. And once you get to spend a few moments with others, you'll find it welcoming to come back to someone to learn about them further. I'm also a fan of how you are often just one cog in the grander machination of the plot. Everything is building towards Election Day, but you're just one teen trying to get by. The choices you make feel more personal due to this. You may know that it's bad to assist one person with a task, but the reward you get from doing so may be enough to let you complete your journey. 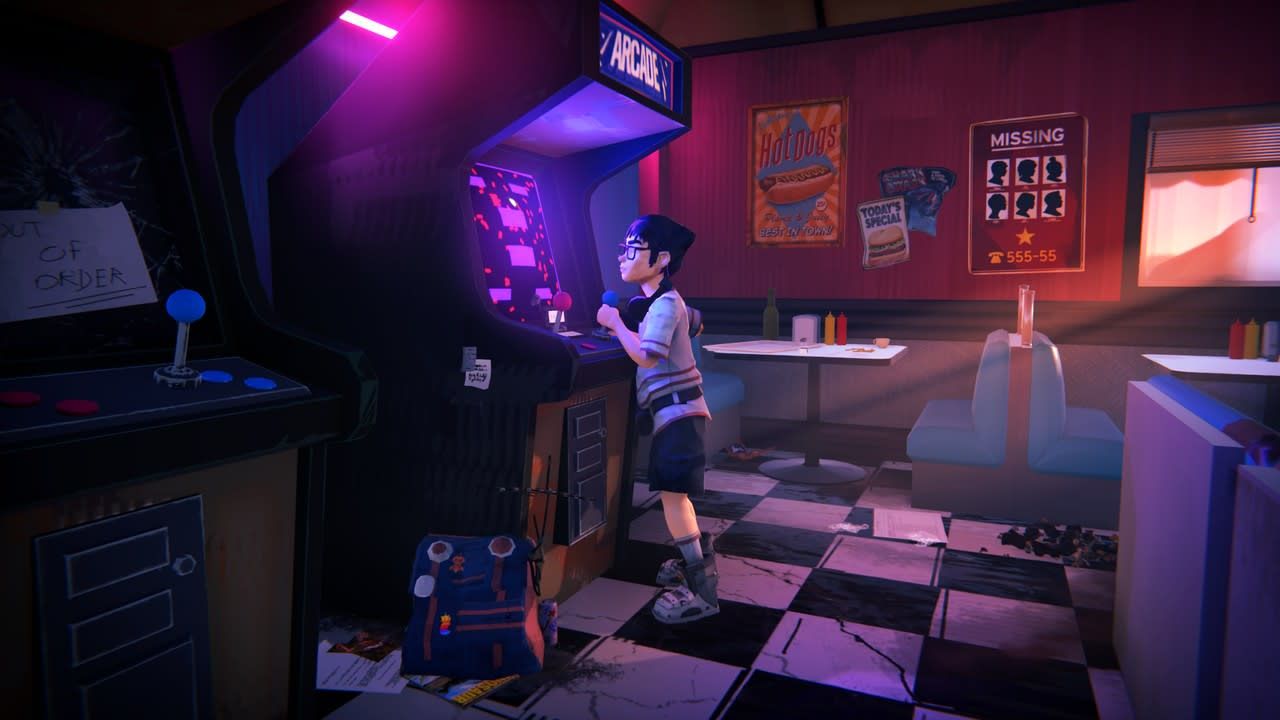 At the outset of each trip you make in Road 96, you can choose from three prospective runaways. There are no noticeable visual differences between them, but they will have variances in two major factors you need to pay attention to: money and energy. Keeping your energy up is necessary, and there are multiple ways for you to replenish this. You could choose to rest in a vehicle you are riding in, or even in makeshift camps you stumble across. Eating and drinking also help refill your stamina, and there are plenty of ways to find sustenance. Of course, being able to acquire those items is much easier if you have the cash to purchase them.

Much like in the real world, the almighty dollar reigns supreme in Petria. It's the key to affording a bus ticket or taxi ride, or getting you across the border if you know the right officer to bribe. There are plenty of ways to make money, but sometimes what you need to do betrays your morals. You could choose to lift the funds from someone else who may need them. Or you could agree to film some pro-Tyrak news pieces. For better or worse, the phrase “F*** You, Got Mine” always sat on the forefront of my mind while playing the game. The cost of survival isn't cheap, and I frequently had to make tough decisions just to scrape by for another day.

Most of your time in Road 96 will be spent talking with whoever is riding along with you. The dialogue system of the title is the backbone of the gameplay. You are often given two or three responses per moment, with the occasional ability to not say anything at all. If you are riding in a vehicle, be it truck or taxi, you can also look around the interior to see if there's anything to grab. However, there are plenty of times where you get to walk around on foot as well. One moment has you hanging around a fundraiser for Tyrak, while another has you stumbling on a run-down fort in the middle of the woods. These moments aren't entirely open world, but it's nice to get out and stretch your legs.

As someone who would call themselves a fan of “walking simulators,” the light gameplay of the title doesn't bother me much. Much as how a car is a vessel to reach a destination, the gameplay is a vessel to tell the story Digixart wants to tell. And it's a story that I found myself being constantly intrigued by. Despite the simple gameplay, though, there are some weird performance issues on the Nintendo Switch. Chugging framerates can lead to you accidentally selecting the wrong response, which in turn, can color your journey in a way you do not want. Honestly, lag is a constant issue, and occurs even when you are just walking along the side of the road. 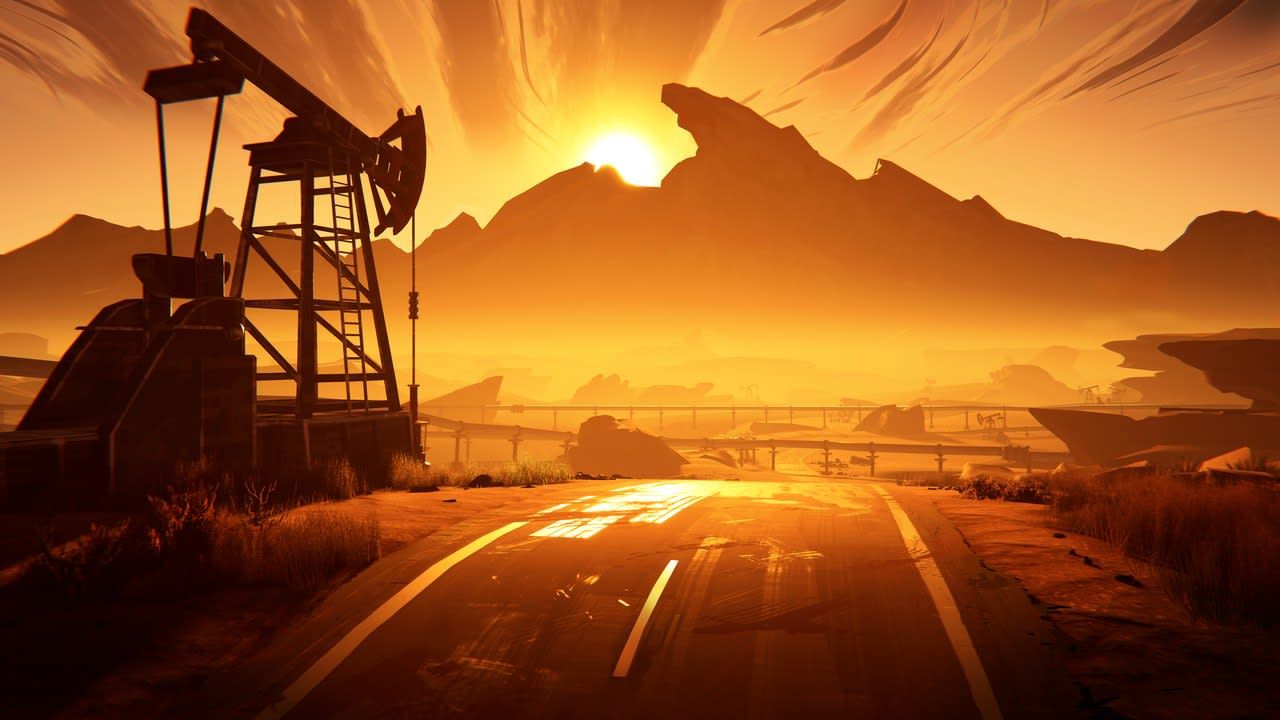 The game is a mixed bag in the visual department. The good news is that the character designs are memorable. Whether you are playing handheld or on a larger screen, the models all looked great. There are details on each of them that stand out, even if they aren't referenced in-game. However, the environments are not nearly as clean and vivid. There's a troubling amount of pop-up that accompanies anytime you are walking around on-foot. A lot of these areas are lacking in detail as well. I will say that the sound design is solid across the board, however. The voice acting is excellent, and I liked the amount of 90's styled tunes you get to hear. You can collect cassette tapes across your journeys, which gives some extra incentive to look around when you can.

I'm interested to see what the legacy of Road 96 ends up being. Not only is the rogue-like narrative different from what you would expect, but the politically charged nature of the story may prove to be a turn-off. Ultimately, I feel this is an experience worth taking a chance on. Digixart has crafted a fully unique title that leverages its consistently varied gameplay to tell a story that is relevant in 2021. It may not be the most technically-sound title out there, but the journey across Petria makes up for those trappings.

Our ratings for Road 96 on Switch out of 100 (Ratings FAQ)
Presentation
68
Road 96 does some fine work with the main cast of characters. They have plenty of style, and the voice acting is wonderful. However, everything out of them looks rough on the Switch. Pop-up is the biggest issue, but the lack of detail in the environments sticks out as well.
Gameplay
70
While the lag of the title gets in the way at times, the light gameplay is solid for what Digixart is trying to do. It's still a walking simulator at heart, so don't go in expecting a deep gameplay experience.
Single Player
80
The politically charged nature of the story goes to some uncomfortable places, but Road 96 is nothing if not engaging. The characters feel fully fleshed out, and the dread of Election Day in Petria gives each run a queasy layer of relevance.
Multiplayer
NR
None
Performance
45
Whether playing docked or un-docked, Road 96 runs rough on the Nintendo Switch.
Overall
70
Road 96 is an engaging and timely adventure, but the title's poor performance on the Nintendo Switch makes it a rougher go than it should be. 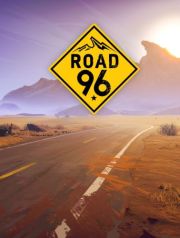