Taking the glamour away from battle

Due to how it was fought, World War I remains a tricky video game proposition. Titles such as Battlefield 1 and Valiant Hearts have shown that with the proper amount of effort, it can be a successful endeavor, though. For 11-11: Memories Retold, developers Aardman and DigixArt have chosen to follow the path of the latter. Rather than dwell on the bloody, brutal battles of the Great War, the title instead chooses to focus on the toll a conflict can take on the human psyche. 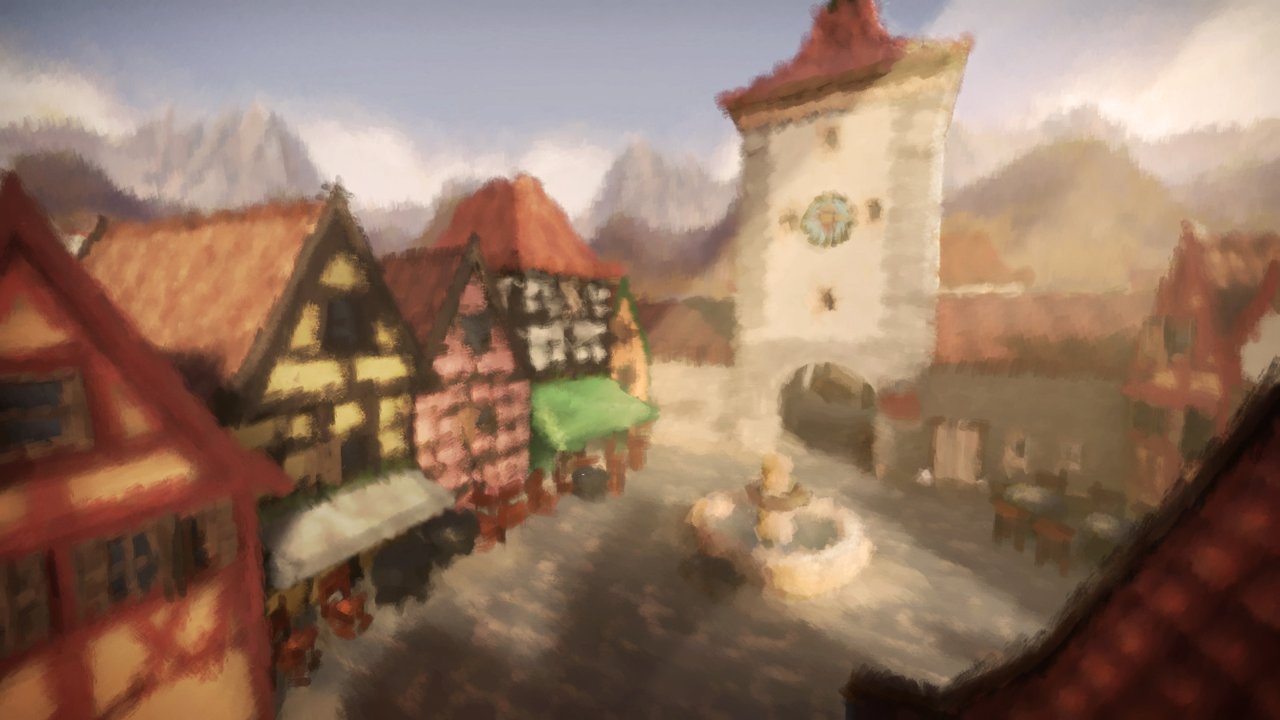 Rather than depicting a singular side of the conflict, 11-11 follows a pair of soldiers from both the Allied and Central powers. On the Allied side is Henry, a photographer from Canada who chooses to enlist under rather dubious circumstances. For the Central powers, Kurt is a German engineer who enters the conflict to search for his missing son. Although each focused on their own goals, a chance meeting between the two during a moment of crisis forever bonds them. And while they do have to go their own ways, their paths are linked in ways they never would have expected.

The story told in 11-11 is by far the best facet of the title. There’s nothing fun or cool about being at war, and the game goes to great lengths to show you that. Young Harry, who only joined the conflict in order to impress a girl, is quickly thrown into the brutal nature of battle. Friends are murdered in front of him, and the man he followed into battle, one Major Barrett, is slowly losing his mind. The budding photographer can even influence how his crush sees him by choosing what photos to send back home. It’s clearly not what he was expecting when he enlisted and seeing his journey from fresh-faced photographer to scarred veteran is fascinating.

Perhaps even more heartbreaking is Kurt’s seemingly doomed undertaking. He already knows his son’s division suffered casualties, but a desire for finality sends him out into the heart of the war. What he finds out there is nothing but misery, as his son always appears to be one step ahead of him. With a loving wife and young daughter at home, Kurt’s selfish decision to enlist seems even more disheartening. To further twist that knife, Kurt often writes home to his family, and it’s up to you to explain it in some way to his daughter. Do you honestly tell her how bad it is? Or do you try to soften the blow? Much like Harry, he is not a fighter, and he’s not mentally prepared for the toll each front of the war will take. By the time he meets up with Harry once again, his descent into madness is nothing but devastating.

One of the things that I really enjoyed about the interactions between Harry and Kurt is that the language barrier plays a huge role in them. Without being able to effectively communicate with one another, the two infer different things about their relationship. And while they do forge a friendship after getting stuck together, it’s never as solid as it could be. Ultimately their inability to speak freely to each other is what sets up the final major arc of the title. A lesser story would have found a cheap way for the two to understand each other, but the developers understand that it would have cheapened the story they were trying to tell. 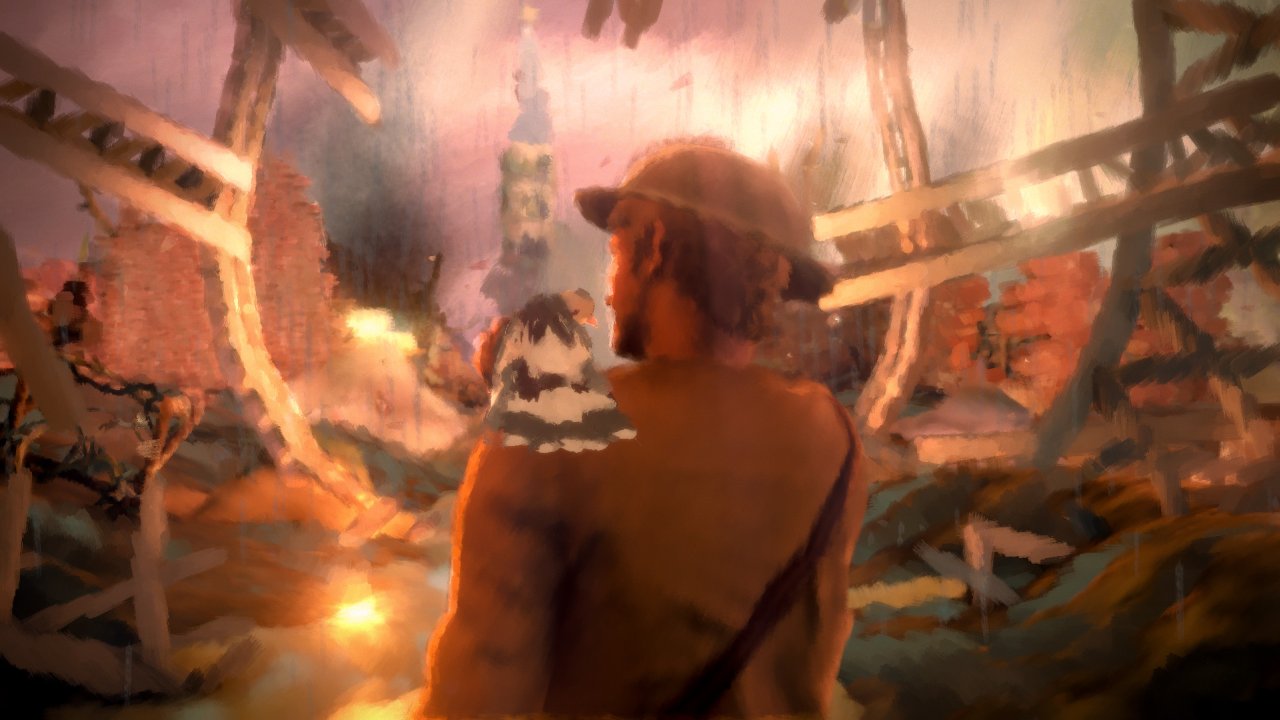 11-11 also generally does a great job of fleshing out the world around Harry and Kurt. Soldiers are constantly around to chat with, and while they only usually offer short replies, it’s nice to see the effort there. Some of them offer jokes, such as a sly reference to a certain Ubisoft franchise, while others dish out traditional war-time talk. The few major side characters that get introduced feel sufficiently fleshed out as well. Kurt’s wife and daughter endear themselves immediately, while the boastful Barrett is a captivating figure, regardless of how you feel about his actions. This is still definitely Kurt and Harry’s story, but the strong worldbuilding around them helps elevate the quality of the tale.

If there’s one flaw I have with the narrative is that it sometimes relies a little too much on inexplicable miracles to move things forward. For example, one of the main duo’s animal companion accidentally takes off with secret battle plans. Said battle plans then just happen to get dumped off in front of the other half of the duo. I’m not a history professor, but that seems just a tad unbelievable. And I know it’s a video game, but for something that seems more straightforward than not, having such a cartoonish moment feels extremely out of place. And while I think the conclusion is excellent, how the two reunite at the end also seems a little ridiculous, with one-character flying in on a homemade hot balloon ride. The otherwise high level of the story only makes these odd moments stand out even more.

I talk so much about the story of 11-11 because the gameplay itself is completely forgettable. If you’re a user of the phrase, you could conceivably refer to the title as a walking simulator. Each segment of the story has you mostly walking around, and depending on who you are, either taking a photo or solving a very simple puzzle. Occasionally you’ll have to complete a simple rhythm game or a basic stealth segment. Nothing you haven’t seen before done in a million other games. And it’s all handled at whatever pace you want to move at, even if it doesn’t make sense in the world of the game. In the middle of a debilitating gas attack? Well I guess you can take your sweet old time looking for secrets.

I don’t need every game I play to challenge me, but Memories Retold is a little too simple for its own good. The contraptions Kurt gets called upon to fix only need the slightest amount of thinking to repair, and the photos Harry is asked to take require little to no skill. Maybe that’s the point, though? Like a piece of classic edutainment, Aardman and DigixArt were more interested in teaching a lesson than they were in crafting a game. And while it’s an important and heartfelt lesson, that doesn’t make it particularly fun to play. 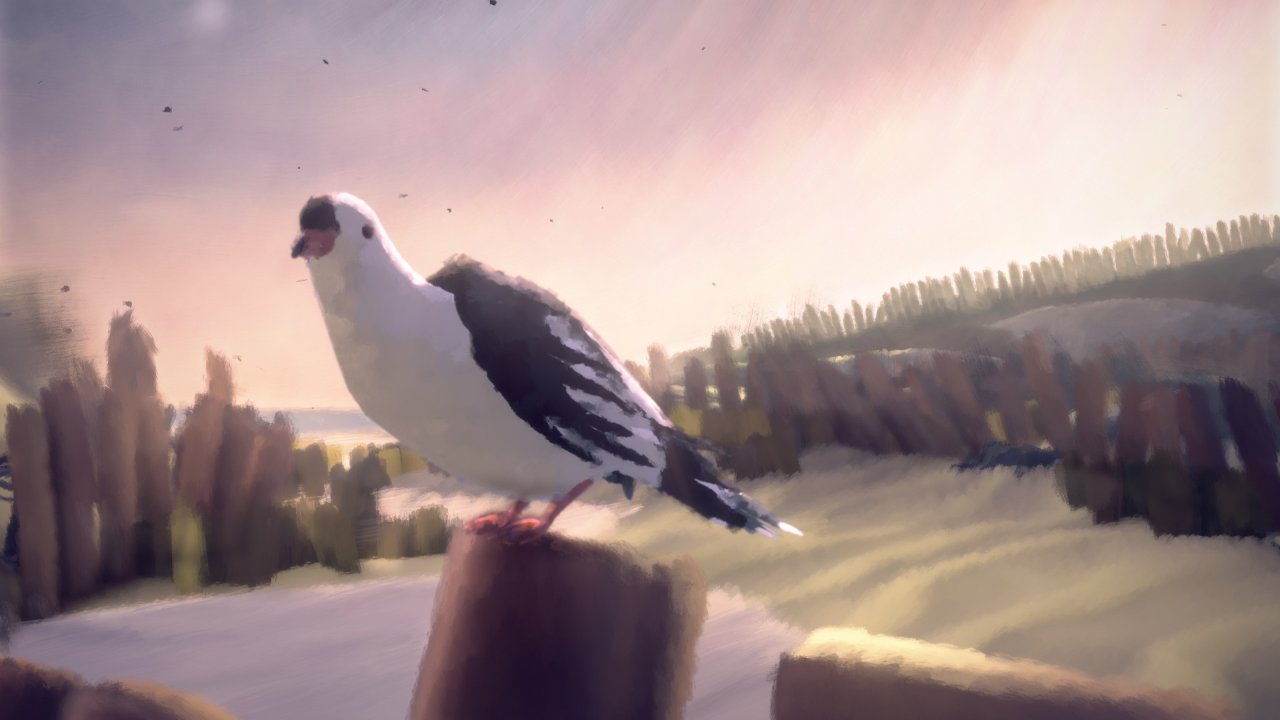 When you think of Aardman, you probably think of their many classic Claymation features. For their journey into the world of the gaming, the studio used a different, but still unique, style. Designed to look like impressionist paintings come to life, the graphics of the game are unlike anything else I can recall. Certain portions of the game, such as an unwelcome trip to a French graveyard, are stunning. However, there are just as many segments that look like blurry, smeared messes. World War I was a very dirty, bleak war, so the dull color palette required to accurately depict it doesn’t lend itself well to the this visual style. The character models also look rather poor, with quality that often recalls the previous console generation.

Although I’m torn on the visual style of the title, the audio is stellar across the board. Elijah Wood and Sebastian Koch, as Harry and Kurt respectively, imbue their characters with heart and personality. Wood’s boyish charm is perfect for the naïve photographer, while Koch’s sentimental gruff gets across all the pain the German mechanic is dealt. Olivier Deriviere’s beautiful score is additionally great at constantly setting the mood. It never overpowers the events of the game and sits in the background just right. Both the voice acting, and soundtrack go a long way towards helping the tale hit every necessary narrative beat.

It’s tricky to accurately appraise the quality of 11-11: Memories Retold. On one hand, the storytelling is top level, with weighty choices often leading into gripping moments. The soundtrack is beautiful and the outstanding voice acting is difficult to ignore. However, the gameplay is simplistic at best, and is downright boring more often than not. And while the unique visuals definitely stand out, it’s not always for the best of reasons. I can’t say I regretted experiencing such a memorable adventure, I just wish I had a better time doing so.

Our ratings for 11-11: Memories Retold on Xbox One out of 100 (Ratings FAQ)
Presentation
68
Memories Retold doesn’t look like anything else on the market, with an impressionist style entirely its own. When it looks great, it’s picturesque, but it can also look quite rough. The excellent soundtrack and great voice acting make the audio design stand tall.
Gameplay
50
What little gameplay there is to find in Memories Retold is barely worth mentioning. None of it is actively bad. Rather, it’s just extremely simplistic and boring to deal with.
Single Player
80
Ridiculous moments aside, the story here is emotionally bruising, but beautiful nonetheless. Harry and Kurt’s journey from bystanders to damaged veterans is heartbreaking and gripping throughout. The title goes to great lengths to demonstrate that there is nothing glamorous about war, despite what some games may say.
Multiplayer
NR
Performance
90
No issues
Overall
68
Memories Retold is a memorable and engaging adventure that needed to be made. However, like a history lesson you half paid attention to, that doesn’t necessarily mean it was enjoyable to play. Ultimately, it's good enough to slog through, but that may not be the case for everyone. 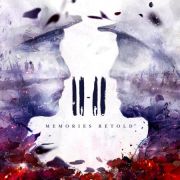