Getting the band back together

We may be finding ourselves in the middle of a Musou wave. More specifically, a wave of games developed by Omega Force but set in borrowed universes that have an appeal to a western audience. Persona 5 Strikers marks the third such game to appear on the Nintendo Switch after Fire Emblem Warriors and Hyrule Warriors: Age of Calamity - I don't think any console has ever seen such a line-up of games that weren't either part of the Dynasty Warriors or Samurai Warriors franchises. While I'm not an expert on the genre, I like to think of myself as a person who enjoys these kinds of games. I played a fair amount of Dynasty Warriors on my PlayStation 2 and it's been interesting to see the formula applied to Fire Emblem and Zelda franchises. However, what we have here with Persona 5 Strikers is something entirely different. 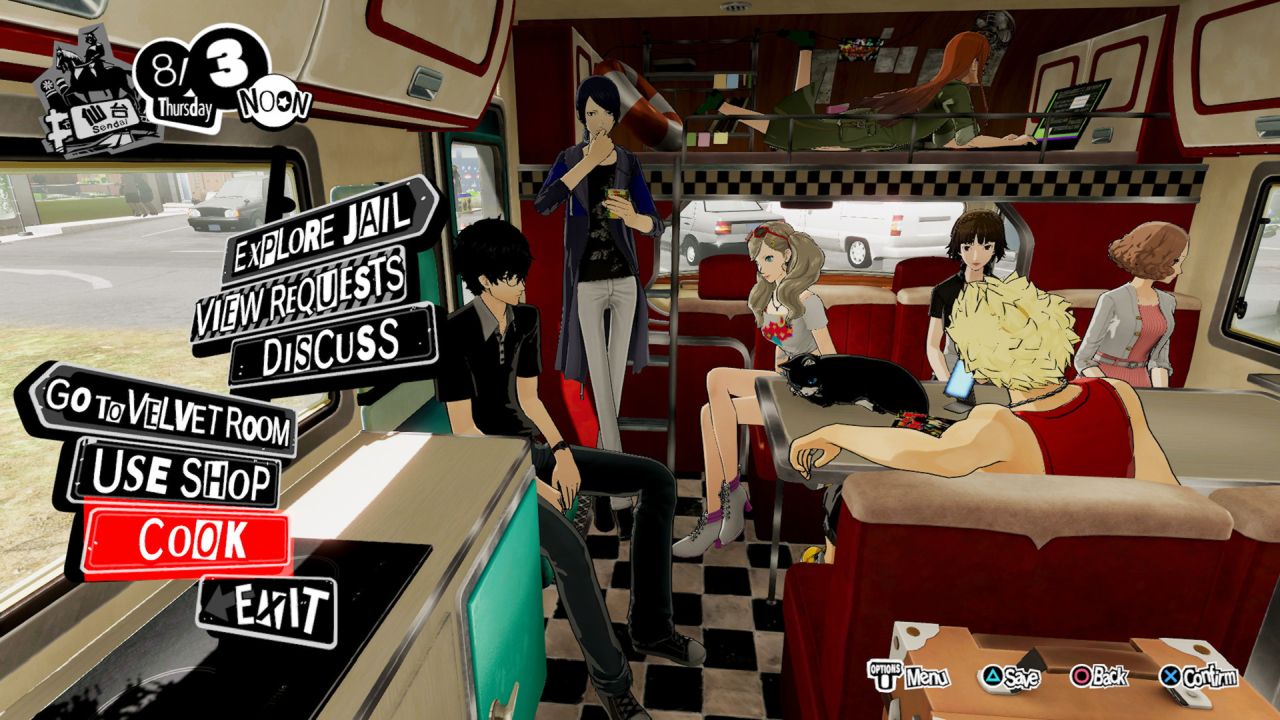 Fire Emblem and Hyrule Warriors were very much Musou games with a coat of paint borrowed from Nintendo. Persona 5 Strikers feels like more of a union between a JRPG and a Warriors-style game. You still have mobs of enemies that are easily mowed down with your super-powered protagonists, but you also have a dungeon format that will seem familiar to those who played Persona 5 - navigating your way through corridors, hiding from shadows, then attacking them to start instanced combat. The joining of the two genres is bizarre, yet beautiful. It works more than it doesn't and at times it even exceeds Persona 5, giving more fluid and beautiful animation to the stylish combat of the Phantom Thieves, something the original game could only ever allude to. Yet, Persona 5 Strikers still finds itself a little off-center of what truly makes a Persona game great. The heart of the friendships is still there, but the game isn't as good at replicating the slice-of-life style that differentiates Persona from other RPGs.

The game is written to be a true sequel to Persona 5; there are references to past events, continuations of character development, and the game is counting on you being invested in the characters from the jump. After leaving Tokyo to return home in the original game, the player-character re-joins his friends a year later with designs to spend their vacation camping, barbecuing, and enjoying the freedom of high-school summers. You find that the gang has largely broken up anyways - some have gone to college, others are at different schools, so the reunion is an exciting event for all. However, your plans are interrupted when you discover that a pop idol, Alice, has ties to an alternate dimension called the “Shadow World” or “Metaverse” - a recurring location in Persona games inhabited by gods, demons, and perverse structures that resemble real-world locations. These structures have been called different things in various games, but in Strikers they are referred to as “jails”. These jails are controlled by monarchs whose Shadow World alter egos have become wildly powerful and equally evil, mirroring their twisted personalities in the real world. The Phantom Thieves battle through these jails attempting to defeat the Shadow World monarchs and “change their heart” - turning them from evil to good. 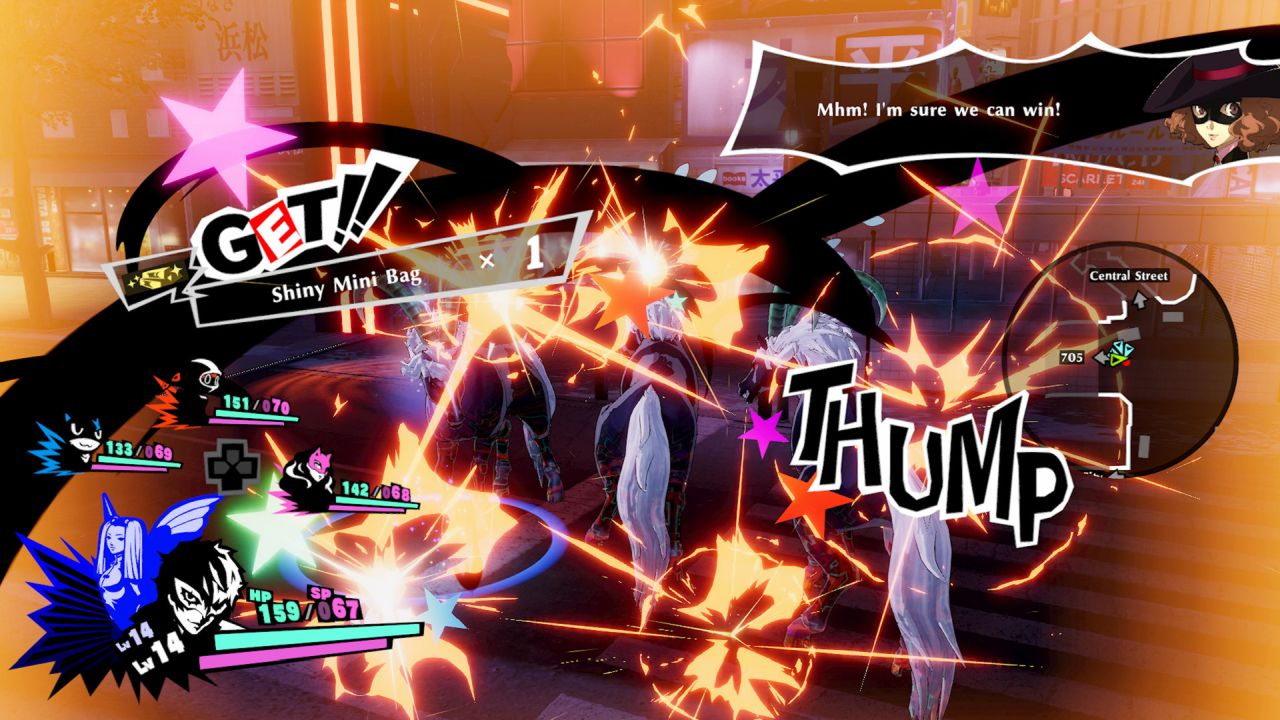 So it's basically the plot of Persona 5, but slightly different. Instead of going to school and hanging out in Tokyo, you take a road trip around Japan with your friends, finding the jails in each location, defeating their monarch, and saving the world. It's a pretty great way to revitalize a fun trope in the franchise, which often sees teens battling world-destroying demons, while also engaging in mundane high school life and treating both elements as equally important. Yes, there is a god that is mind-controlling elected officials and trying to end the world - but I also need to study for my history exam and find a girlfriend! The game introduces two new characters: Zenkechi, the rogue detective, and Sophia, an AI that lives in your phone but is given corporeal form in the Shadow World.

The blend of RPG and Musou results in something that feels like action-RPG on par with Kingdom Hearts or Yakuza. Characters zip around the battlefield knocking out enemies, but can still use items in combat, fire guns, and use Persona spells. The design of how to incorporate all of these elements is a blast and looks fantastic with fluid animations and real-time replication of the style so many fans love from Persona 5. You also still have a lot of the quirks you'd find in the RPG combat of Persona - like all-out attacks - and a new ability called Showtime. Darting around the battlefield, slashing through enemies before triggering powerful magic attacks is so much fun, I think I might even prefer it to Persona 5's turn-based combat. You can still switch between characters during a battle, giving you access to different Persona powers, and you'll need them because enemies will be weak to certain elements. If you are fighting a shadow that is weak to lightning, you'll want to use Ryuji's Persona which specializes in that element. Each dungeon boasts about five to ten mini battles, with a couple of mini-boss fights as well, culminating in the final boss fight. Boss fights tend to be longer, with specific mechanics you'll need to use in order to give yourself the best chances to win. 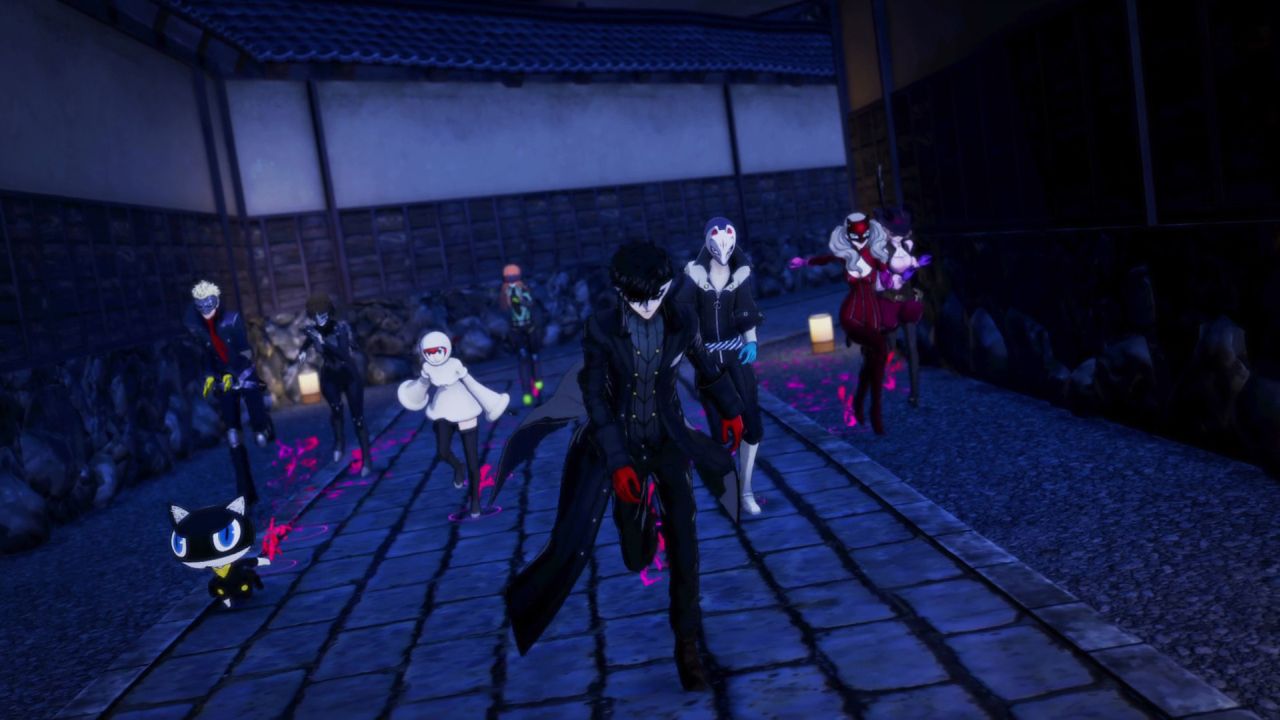 It's the stuff outside the dungeons that is disappointing in Strikers. While the core gang is back together, there's not as much opportunity to explore the cities you visit and almost no characters there to befriend or learn about. In regular Persona games, these relationships, either at school or at other locations, really help flesh out the world and lend unique perspectives to the game. In Strikers, those relationships are missing. There are shops to run around and buy items, but aside from the villains, there's no one to really interact with in any of the towns. It makes the towns feel more like checklists than places that beg to be explored. Rendering a large part of the game to being busywork. The game tries to give you something to do by going around and collecting intel on the monarchs in some towns, but it's a far cry from the depth found in a regular Persona game. And this game wants to be a Persona game. The style of the dialogue, the characters, the menus - every element is designed to make it feel like you're playing Persona, so lacking a key part of what makes those games feel special is a big miss.

You can return to dungeons throughout the game and fulfill requests. Again, this is something similar to Persona 5. People all over Japan will submit special requests to be fulfilled in the Shadow World and if you fulfill those requests they will thank you and reward you with experience and items. This feels like padding to an already substantial campaign (the main story alone will take about 25 hours) so it's a bit unnecessary. I suppose if you're eager to see all the combat the game has to offer (which, again, is pretty good) this is the way to do it.

A part of me would love to heap praise on the style of the game, but we're really talking about an aesthetic being carried over from Persona 5. The tracks “Last Surprise” and “Rivers in the Desert” have been rearranged into heavy metal anthems - which are fantastic. “Last Surprise” especially sounds good moving to electric guitar power chords. However, the other new songs didn't stick with me. The menus have been redone and look fantastic, on par if not better than in the original game. Also, bringing the stylish combat to real-time combat instead of turn-based is difficult, but definitely pays off and looks amazing. When you're blasting through shadow with “Last Surprise” rocking it out in the background, your screen filled with stylish information about what attack to do next and how to sort the chaos, it's a lot of fun. 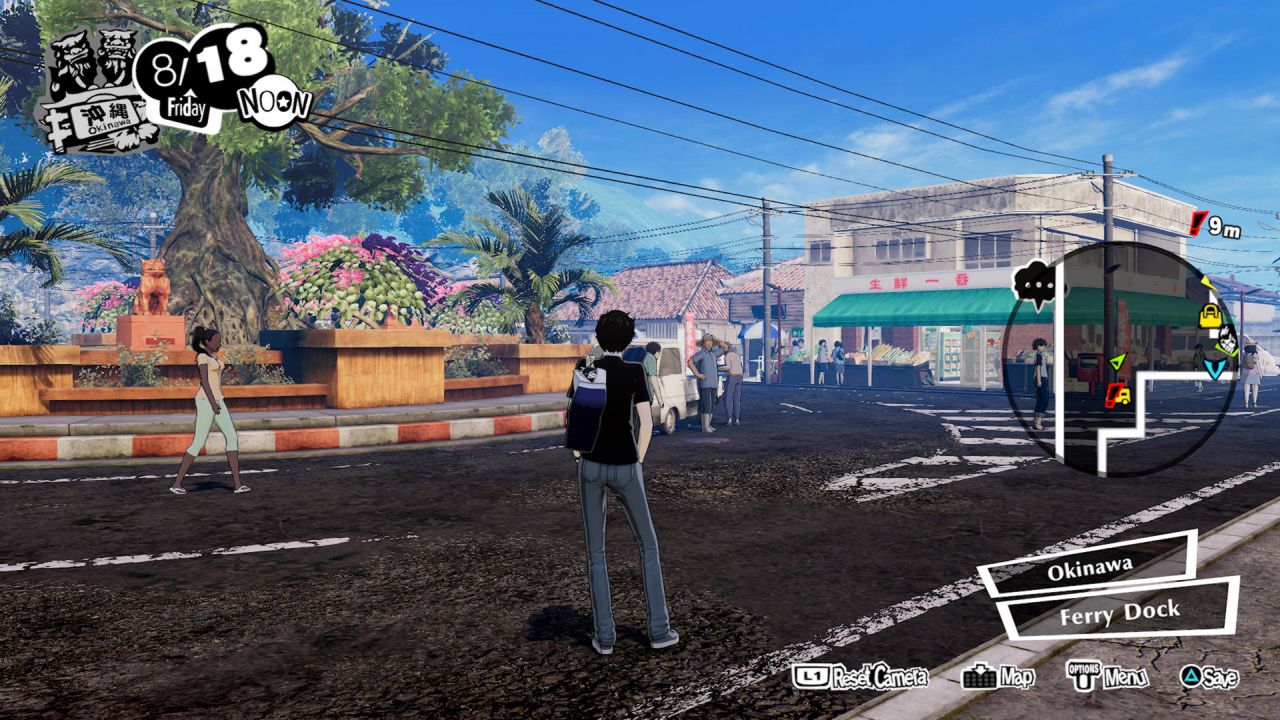 I played Strikers on the Nintendo Switch, most of the time undocked, and it ran surprisingly well. It chugged a couple of times in the really big battles when docked, but largely I didn't have problems, and never did the frame rate feel like it was bad enough to get in the way of the gameplay.

I think my only disappointment in Persona 5 Strikers is that it's so close to a Persona game, I wish it could have gone the distance and given me a better taste of what I fell in love with back in 2017. I have to admit, when I returned to the hideout and the gang threw me a surprise party, it felt like coming home. I quickly remembered why so much of Persona 5 clicked so deeply with me. At times, there are flashes that really drive that home. However, just like returning home to friends in real life, time passes and things change. It's never the way you remember it and that's okay. Persona 5 Strikers is a different game trying to do different things and it largely succeeds on those merits. Persona 5 fans, Persona fans in general, will find sweet familiarity here. There's still joy in seeing old friends again.

Our ratings for Persona 5 Strikers on Switch out of 100 (Ratings FAQ)
Presentation
75
A lot of what's good here is riffing on what Persona 5 established, but it's still a blast.
Gameplay
85
At times, Persona 5 Strikers plays even better than the original game, creating an action-RPG that I kind of hope becomes the standard going forward.
Single Player
70
The story is okay, but the game misses some of the perspectives gained by having more to do in between dungeons.
Multiplayer
NR
None
Performance
75
There was some slow down during large battles, but it was fleeting and nothing that compromised the way the game plays.
Overall
76
Persona 5 Strikers is a fun window back to the friendships and stylish aesthetic that made Persona 5 a hit. However, for better or worse this is its own game. Strikers proves that you can go back home, but it'll never quite be the same. 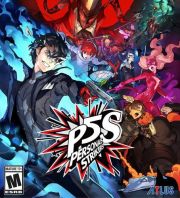 All videos for Persona 5 Strikers (5)
Advertisement ▼