WHEN THE PAST WAS AROUND
Platform: Xbox One
72
SummaryNewsArticlesVideoScreens

When The Past Was Around Review

A beautiful meditation on love and loss

One life lesson you learn quickly is that growing up kind of sucks. Sure, the freedom that comes with becoming an adult is nice, but the downsides are plentiful. The aches and pains that come as you get older. The bills that pile up week after week. And perhaps, most crushingly, the existential dread of trying to figure out what to do with your life. It's certainly something I have dealt with, and a lesson that can be seen in When The Past Was Around. Mojiken's graphic adventure is a slice of life story that recognizes that lessons are learned all the time, and some of them can be quite painful. 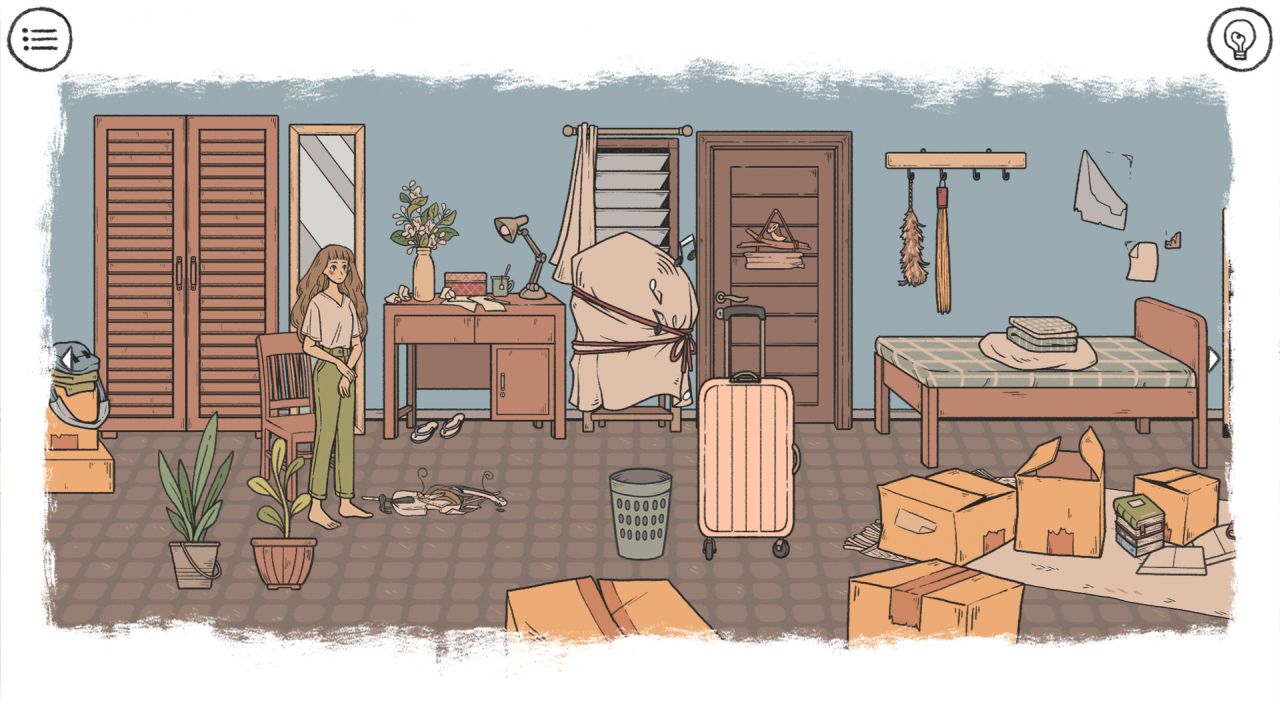 When The Past Was Around focuses on a young woman named Eda. A musical prodigy growing up, Eda has lost her drive as she enters her twenties. Adrift with little direction as to where she is to go, Eda stumbles upon a musical performance by The Owl. Equally as proficient in the arts, The Owl helps put the girl back on the right path. However, just as soon as he has arrived in her life, he leaves. During their brief romance, The Owl taught her many things, but the most prominent one may be how to handle heartbreak.

Told over a series of wordless chapters, the title does a solid job of getting you acquainted with the relationship between the two. A quiet afternoon spent with cups of coffee, an evening spent under the stars or a midday musical showcase establish the tight bond the pair forge. These early moments are carefully and wonderfully crafted, and I wish there were more to further strengthen the relationship. Just as soon as the two are put together, they are forced apart. Perhaps this is the point. Someone can come along in your life and completely change it but be gone in a flash. A lesson about how the best way to move forward is to reflect on the past. It's a painful lesson, and Mojiken makes sure that both Eda and the player feel it, but the impact could have been even greater had we just gotten another vignette or two.

Although playable on consoles with a controller, When The Past Was Around feels like it was designed for the comfort of a touch screen. It's a simplistic point and click puzzler that calls upon the player to carefully inspect their environment. Each vignette of the game focuses on a different memory of Eda's, and to progress to the next one, you need to fully explore the one you are currently in. This frequently means you'll have to unlock doors or locks in order to reach another fragment of the moment. Sometimes it's as simple as finding a hidden key but other times the game may require you to memorize a specific pattern or sequence. 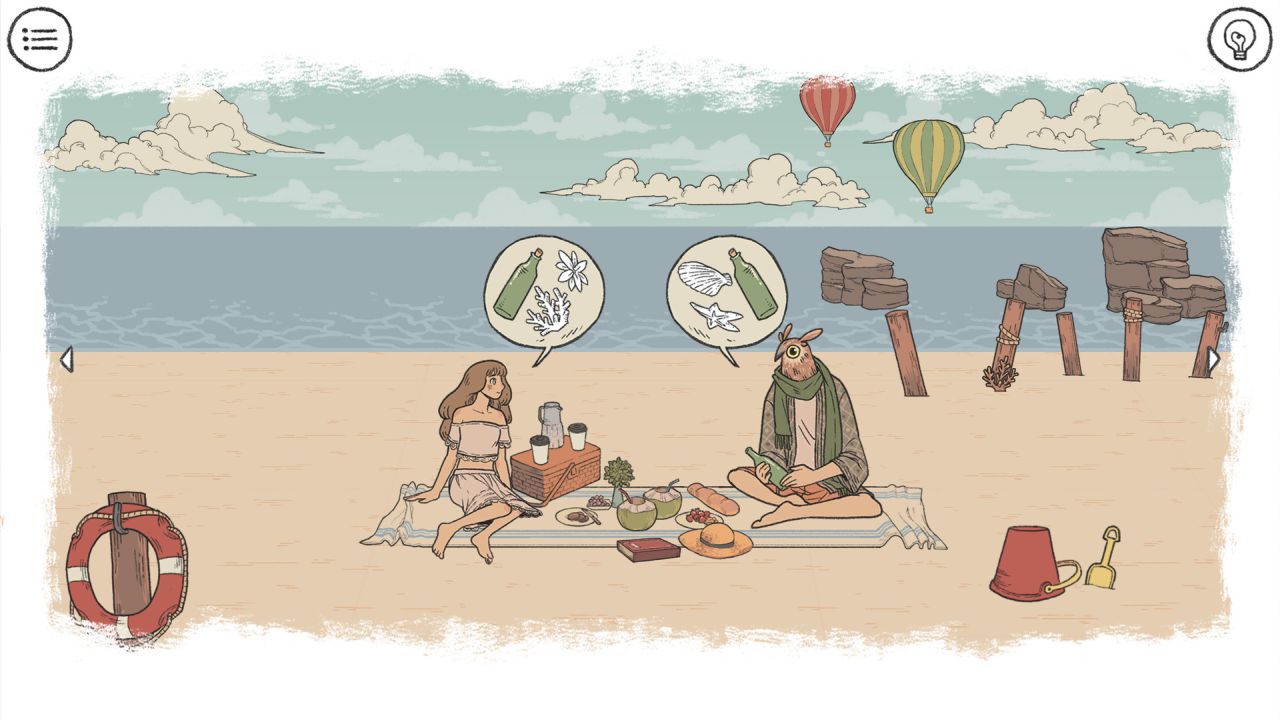 This is a title where the gameplay was specifically designed in-service of the story. Clicking around each environment opens additional details about the relationship between Eda and Owl. It's not necessarily critical to do this, but if you want to get the most out of the title, it's best if you do. Other than that, there's not much else to the gameplay. It's a very simplistic experience, and one that is purposefully done this way in order to make sure you pay attention to the story. It's far from challenging, as the puzzles typically follow the same pattern. Once you solve one memorization-based puzzle, the other ones aren't going to poise as much of a challenge. Due to being as simple as it is, it does feel a little out of place on a home console, but I can see it playing well on a mobile device.

One of the interesting things about When The Past Was Around is that it tells its story with absolutely no dialogue. Instead, it is relayed to the player entirely through gorgeous artwork and captivating music. Hand-drawn by Brigitta Rena, the art of the title is a mix of static images and animated figures. Each of these gives any scene in the story a unique layout and style. One memorable sequence involves Eda floating along to the rhythm of the music of Owl. The girl is depicted as a still image that floats across the screen, while the Owl is playing his violin in full motion. It's a wonderful bit of contrast.

Composed by Masdito Bachtiar, the soundtrack is fantastic. There's one signature theme that comes up repeatedly during the story that threads together the chapters. It's a beautiful piece of music, no matter how many times you must hear it. I still have it stuck in my head during the writing of this review, despite not playing the title for a few days. The rest of the music is just as great, though. A steady mix of stringed instruments and piano create an elegant sound that invokes the many emotions needed to properly tell the story. It's the combination of the soulful music and vivid imagery that propels the story from potentially drab to emotionally heavy. If the title wasn't as aesthetically pleasing as it is, it would not be nearly as powerful. 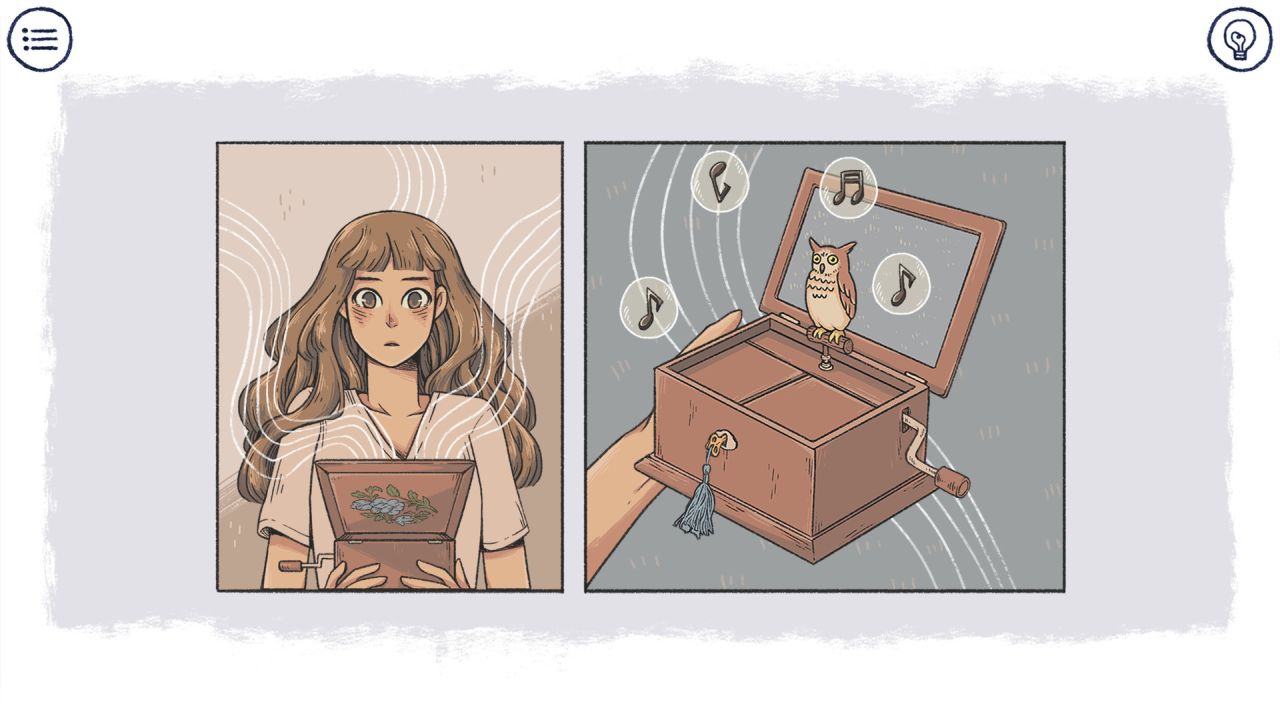 When The Past Was Around may not set the world on fire with its gameplay, but its poignant story will stick with you. If you have ever experienced the loss of a loved one, you'll be able to relate to its themes of the difficulty of moving on. The memories that may cause you pain in the moment can be looked back upon as the blessing they truly were. And while it could have benefitted from an additional chapter or two, the story is still worth experiencing. If nothing else, the stellar art and excellent score should serve as additional reasons to check out this short, but moving, tale.

Our ratings for When the Past Was Around on Xbox One out of 100 (Ratings FAQ)
Presentation
85
Gorgeous hand-drawn visuals and a memorable score sell the dialogue-free story magnificently.
Gameplay
50
The point and click gameplay works well enough, but the lack of variety in puzzle solving is noticeable, even in spite of the title's short length.
Single Player
70
While it may not be long enough, the moving story of love and loss will stick with you. A potent reminder of the lessons we learn in grief.
Multiplayer
NR
Performance
90
No performance issues to speak of while playing on the Xbox Series X (via Xbox One backwards compatibility)
Overall
72
When The Past Was Around may be brief, but its splendid artwork, beautiful music and memorable story will stick with you long after you wrap it up.

When the Past Was Around 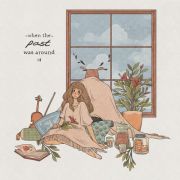