Rallying that is right on schedule

With the DiRT series dominating the rally gaming scene in recent years, it is easy to forget there is more than one horse in this race. Kylotonn have been chugging away with their WRC games for awhile and, despite it being the official game for the motorsport, they have struggled to keep up with the competition when it comes to visuals or vehicle handling. But the status quo is changing. All those years of work are starting to pay dividends. WRC 9 is a solid racing simulation both on and off the track, and it offers plenty of content to keep gamers busy for hours. 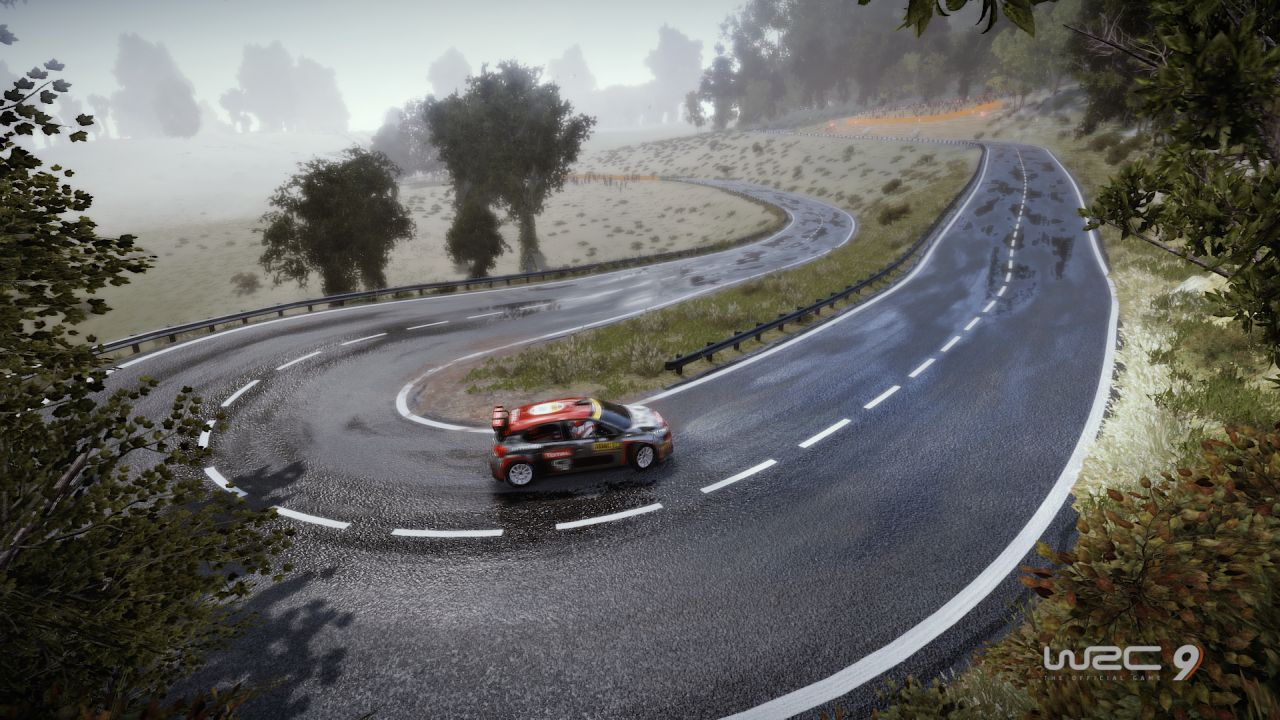 The career mode in WRC 9 provides some player choice as you progress through different levels of competition. Players can start off in the junior leagues, and work up through the third and second tier competitions, before tackling the highest tier: WRC. Swapping to a different team is possible by completing the rare manufacturer’s challenges. And if you get the call up, the season starts anew with the manufacturer you so greatly dazzled. The first few tiers can be ascended quickly, which also means that some early rally events are repeated, like Monte Carlo and Sweden. It also means some courses remain unseen for a time, but this works in the game’s favor as part of the learning curve because you can settle into a regular cadence with some prior track knowledge.

During each season the game lets players choose various events on a calendar. Rallies must be attempted, but there are multiple choices in between. Aside from manufacturer tryouts there are training courses, extreme condition events, historic rallies, maintenance sessions, and rest days. Training is quick spins around short courses. Extreme condition events are just driving through a snowstorm or thunderstorm in a damaged vehicle. Historic rallies are one-off events in an older model vehicle for decent cash rewards. Maintenance sessions require you to drive as far as possible to keep your vehicle in top shape so it deteriorates less in other events. And rest days are there to recharge your crew. The career has limited event slots, so sacrifices have to be made, unfortunately that usually means doing another bland maintenance run. Most events net XP, for levelling, and money earned will pay entry fees, crew wages, and repairs.

Crew and team management is a point of interest outside the driving. Six active crew members will dictate incidentals, like how much money is earned, how long it takes to repair between courses, and the accuracy of the weather forecast. The crew get tired though, poor dears, so they either need to be rested or swapped. As you level up from events, useful abilities in a four-branch skill-tree can be unlocked to open up more events or minimize morale loss when you crash out. The whole team management aspect suits the motorsport and keeps the career from being race after race. Although deep enough, it is missing pieces. It is a shame that players can’t create their own team, with a choice of sponsors and liveries, or choose race objectives that are not bland like the real ones. With a few more tweaks, the off-track stuff could be awesome. 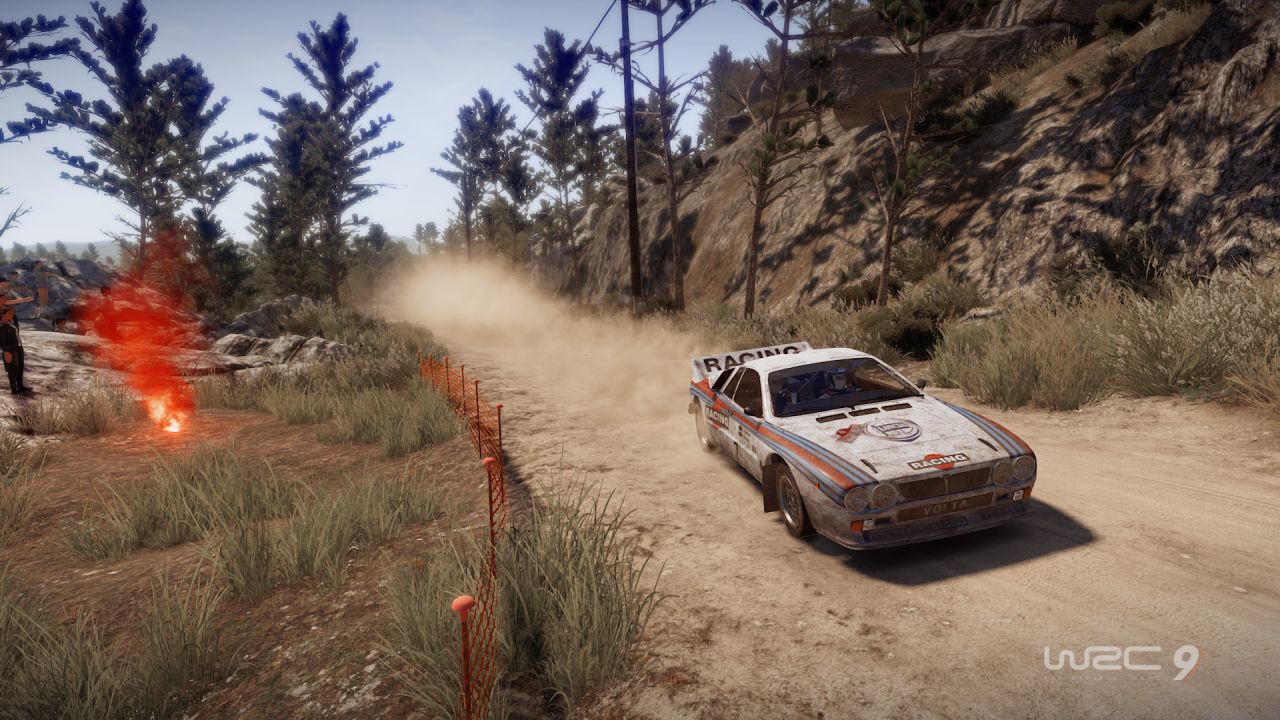 The on-track stuff is great though, and it is held together by a tremendously enjoyable driving model. Traction control is crucial as you cross varying surfaces, weather scenarios, with different tire conditions and track cambers. Momentum and car weight can be abused to shimmy through tight corners. A handful of older vehicles feel like tanks compared to their modern counterparts, testing driver skill even more. But even a bad turn can be recovered with a bit of acceleration in the right direction. It is so pleasing to slide around hairpins and flawlessly navigate over a crest around a tricky corner. The only bizarre part of the driving is the predisposition for vehicles to flip and roll easily, but maybe that’s driver error. Sounds emanating from cars are good and varied, helping to ascertain grip and vehicle health, and they change depending on camera location. So the driving is quite responsive and satisfying, as good as any rival series.

Players will drive along some great rally tracks from across the globe. Thirteen locations are available, with around four courses each (not including reverse directions). Some long stages take over 15 minutes to complete. The variety between locations is a huge positive because there is quite a difference between the tight winding streets of Japan and ripping across the open plains of Kenya. As mentioned, it can take a while before the career showcases all locations. It took over ten hours to see the coastline in Wales and even longer to visit New Zealand and Argentina. It is not like these rally courses are lesser in quality either; they all impress in different ways.

Visually the tracks look quite good with pleasing environments and subtle details. The road surfaces are cluttered with rocks, tire marks, and other deviations. Some roadside embankments look a bit strange, like in Portugal, but the game makes up for it with surrounding landscapes that tend to be natural and sharp, avoiding the blurriness in other modern games. Lighting is typically soft and realistic. Foliage placement seems finely tuned and the different environments have distinct trees and other objects to sell their setting. And there are also a few nice sights, like the hot-air balloons across the fields in Germany or the wind turbines in Italy. 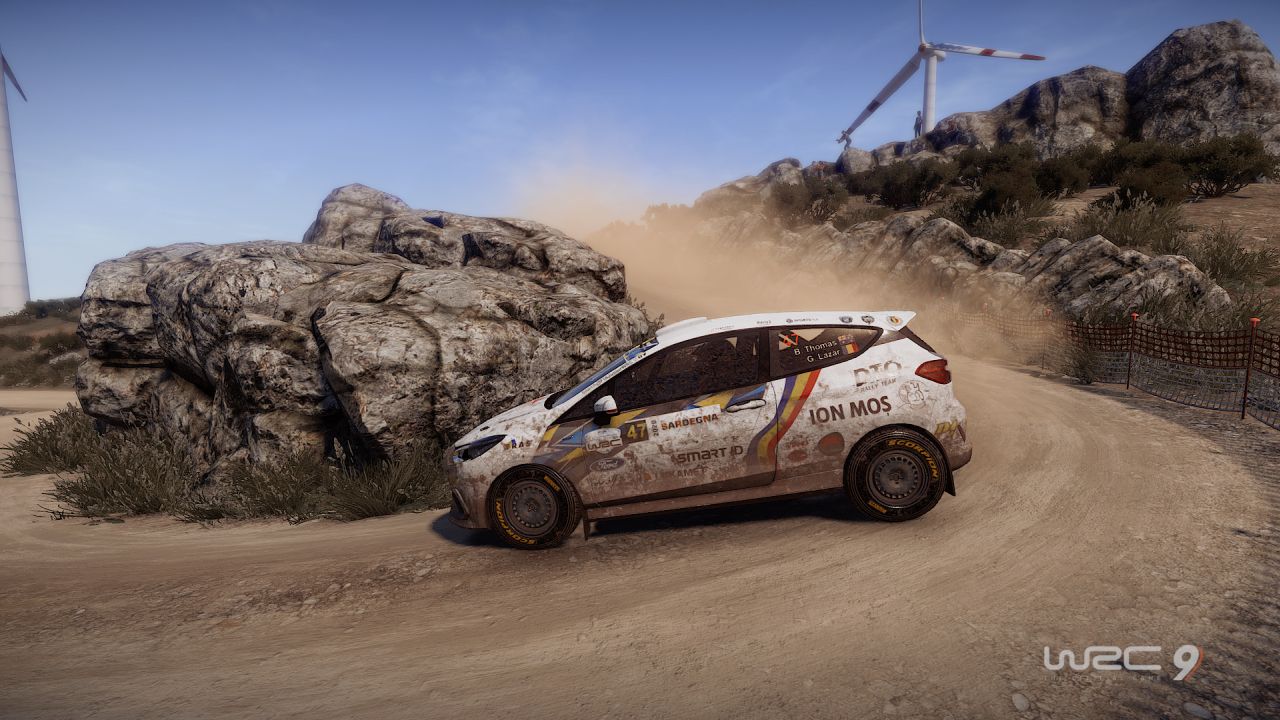 All rally stages have dynamic weather and different time-of-day settings. The weather elements work best when deployed subtly, like when the rain leaves puddles that remain after the sun returns. On the extreme end, it looks less believable. In storm conditions, the trees sway like out-of-sync metronomes, and yet there is no crosswind or debris flying. With no fog, dust storms, or even hail, the weather system could be expanded and tuned further.

Whether rain or shine, vehicle damage is a part of the rally events that span multiple stages. Any mechanical damage can be repaired between stages, although under a time limit, so unfixed issues cascade. There is a difficulty setting that adjusts damage taken from collisions, from visual-only to realistic. But realistic is a misnomer. Not because the visual damage is muted, outside a wobbly door and a missing bumper, but because it just randomly damages component health. Clip a headlight and the gearbox deteriorates. Slam into a tree sideways and now the engine sounds like it is making popcorn. Despite some early retirements due to confusing left with right, not once did a vehicle suffer a punctured tire in some twenty hours of racing. But any setting below realistic makes deadly collisions trivial, so no setting feels quite right. And it still does not make sense that driving off a cliff is a mere five-second penalty. The issues with vehicle damage squeal like brakes wearing across the career.

Vehicle damage is generally not a problem in multiplayer. Eight players can race across all stages but the implementation is rather basic. There are no staggered starts, so you just race against opponent ghost-cars in real-time. No spectating rear markers when you cross the finish early, although that might be because opponent’s cars tend to be quite jittery, which is distracting. Some drivers froze before teleporting several corners ahead. Unfortunately there are not many players online, so it is important to pick the right time of day. With no lobby browser, you’re forced to join random games or use a basic filter system. 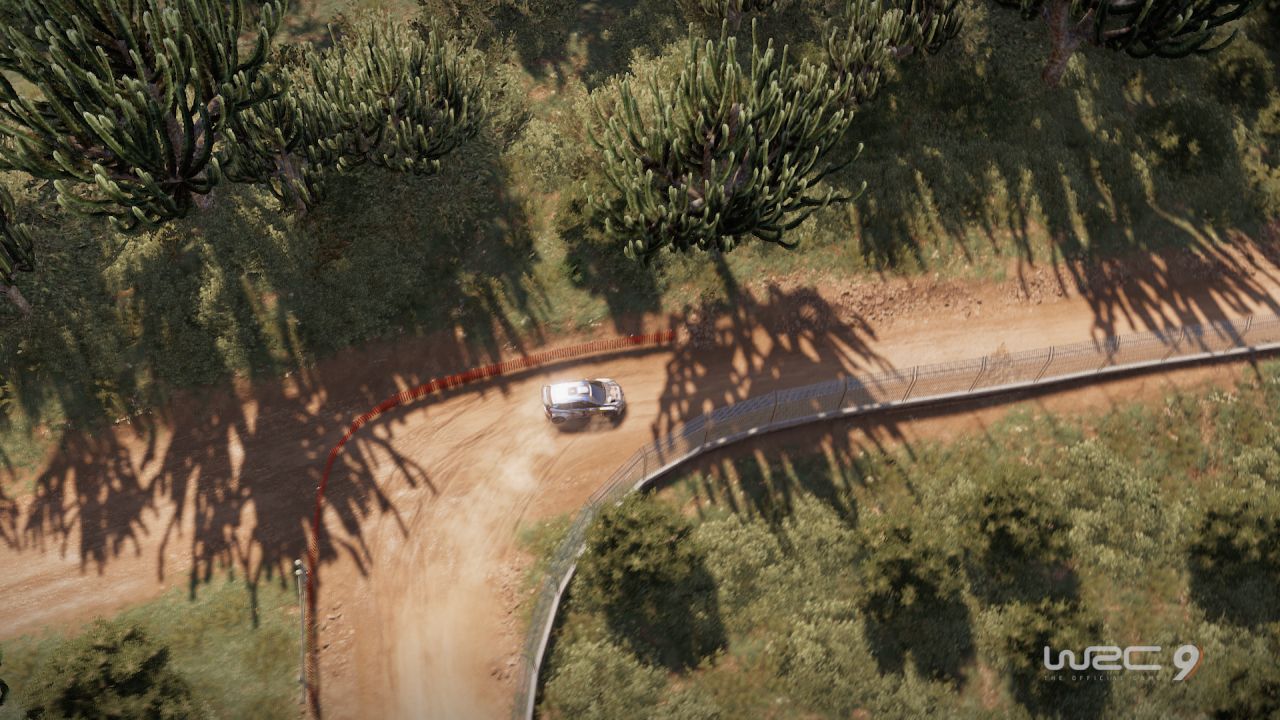 Technically the game is stable and performs well. There might be a few strange stutters when going around corners but these are quite rare. The Xbox One controller vibration is unusually high on default, even in undamaged cars on plain tarmac roads, but it can be toned down so it does not shake your hands off. One of the biggest annoyances when playing career is the 5-10 second pauses after each stage when it uploads ghost times and you cannot do anything until it has finished.

Despite a few sticking points, WRC 9 is on the cusp of something great. After years of work, the series is nipping at the heels of more prominent titles. Because of excellent vehicle handling and plenty of great courses, it has the raw elements of a great rally game. Plus it has the advantage of a more interesting off-track component with crew management, skill upgrades, and event scheduling. Even the visuals and weather effects are quite nice when they’re used appropriately. But some features need expansions and tweaks, like the damage modelling and multiplayer. Right now WRC 9 is on level footing with its biggest rival and hopefully it has the traction to stay there.

Our ratings for WRC 9 on PC out of 100 (Ratings FAQ)
Presentation
80
Track locations are the standout feature with great variety and natural lighting. Sounds from vehicles, especially after taking damage, are good.
Gameplay
80
The driving mechanics are excellent, regardless of the surface or vehicle. Vehicle damage systems need work.
Single Player
75
A comprehensive team management system involves scheduling events, unlocking skills, and managing a small crew. Some early rally events are repeated as you work through the starter tiers.
Multiplayer
55
The online component is barebones and there are not many players. A couple of lag and lobby issues also make it a bit of a nuisance.
Performance
(Show PC Specs)
CPU: AMD Ryzen 5 3600
GPU: XFX RX 480 GTR Black 8GB
RAM: 16GB DDR4
OS: Windows 10 Pro 64-bit

80
It is stable and runs fairly well, apart from some obnoxious delays following each stage. Has some crazy default vibration with the controller.
Overall
75
WRC 9 finds itself in a healthy position with a fantastic driving model and a broad range of awesome rally stages. With pleasing visuals and a decent team management component, there are only a few issues that keep it from overtaking the competition. 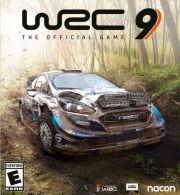 All videos for WRC 9 (1)
Advertisement ▼