I hope this is the only year I have to review a baseball video game where someone isn't able to go to the real thing, watch it live on TV, or go outside and play with others. Every year I try to write a review that focuses on those who are considering buying the game for the first time, though it is difficult not to make comparisons year-over-year, but MLB The Show 20 feels like it's particularly well-positioned to attract people who have few other means of experiencing baseball, due to the MLB season being postponed (and likely cancelled) over the current COVID-19 virus outbreak. I've been reviewing MLB The Show for seven years now and this is by far the strangest circumstances under which the game has launched. 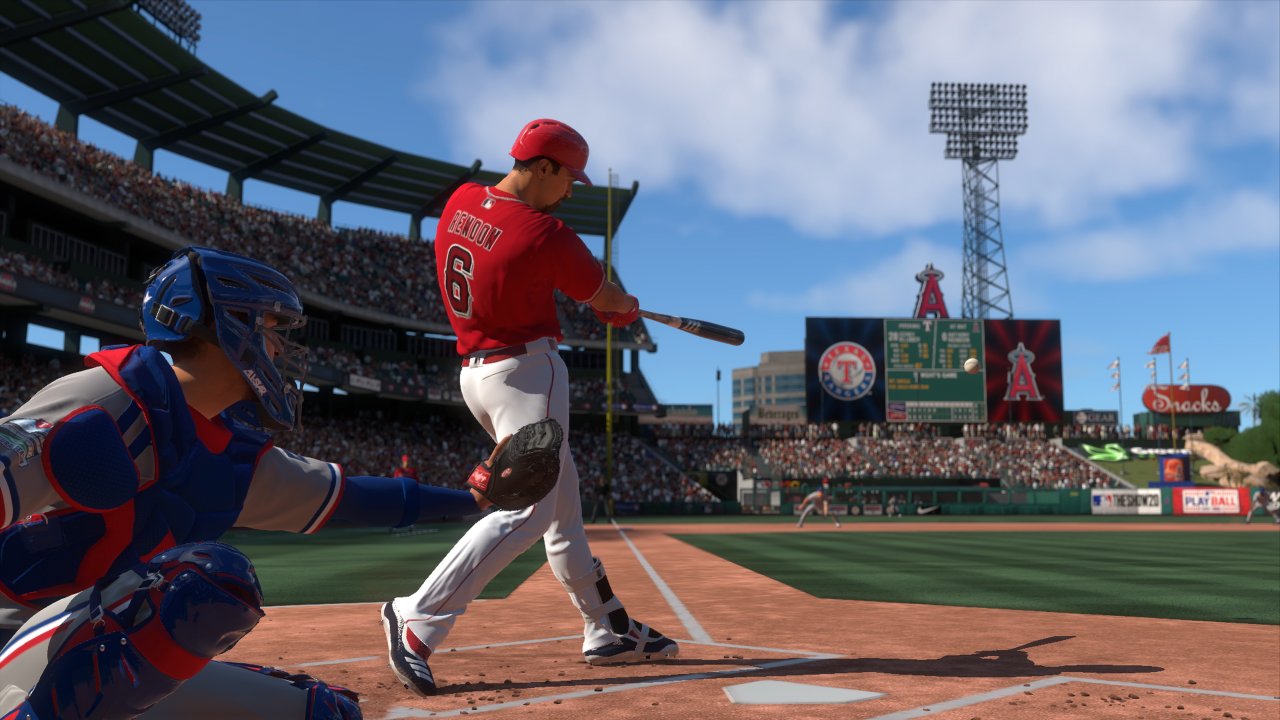 MLB The Show 20 is still good. At times, it's even great. If you need your baseball fix, this is almost assuredly the best way to get it. The majority of modes and gameplay mechanics work quite well and whereas some sports video games find themselves inundated with a bizarre mish-mash of mechanics from years of iteration, The Show is by far the best at finding ways to allow for players to mix-and-match the different gameplay systems to their own liking. The same is true of the game modes. Not all of them are a roaring success, but what is there works well and you can definitely find joy in whatever you choose to play. The Show isn't a baseball feast, where you are heaping piles of food onto your plate; it's a cafeteria of options, as you go through and select the items that appeal most to you.

The biggest change this year is the full customization that's been brought to Franchise mode. Diamond Dynasty has always had a robust team-builder that allowed you to customize location, mascot and uniforms, but this year SIE San Diego Studio has finally brought this tool to Franchise mode. You can replace any teams you want with custom ones, saving the created teams to import them into other seasons. After years of The Show shying away from creation tools, it's nice to see them come roaring back this year.

That's the only major change to franchise mode, but it's a good one and shouldn't be overlooked. A lot of what was already there is still in great shape. You can still jump into games mid-way through to help speed your season along, playing only the intense moments and simulating the rest. The options to scout, trade, draft, and sign players all still work well from a simulation stand point and can be assigned to the CPU if you're uninterested in micro-managing such tasks.

Pacing can be a problem for the player career mode, Road to the Show. I think I like the mode in theory, but it's more difficult to skip the dull parts like you can in Franchise mode. This year's new feature is about relationships with teammates and rivals. In between games you can talk with a teammate or rival - building your relationship with them. That's a cool idea, and a good simulation about how your tenure with one team can affect how teammates and rivals see you, but it takes a long time to develop these relationships and see them play out on the field. Playing Road to the Show is a commitment of dozens of hours and it's hard to feel rewarded in the beginning when so much of it is about being a transient player in the minor leagues. 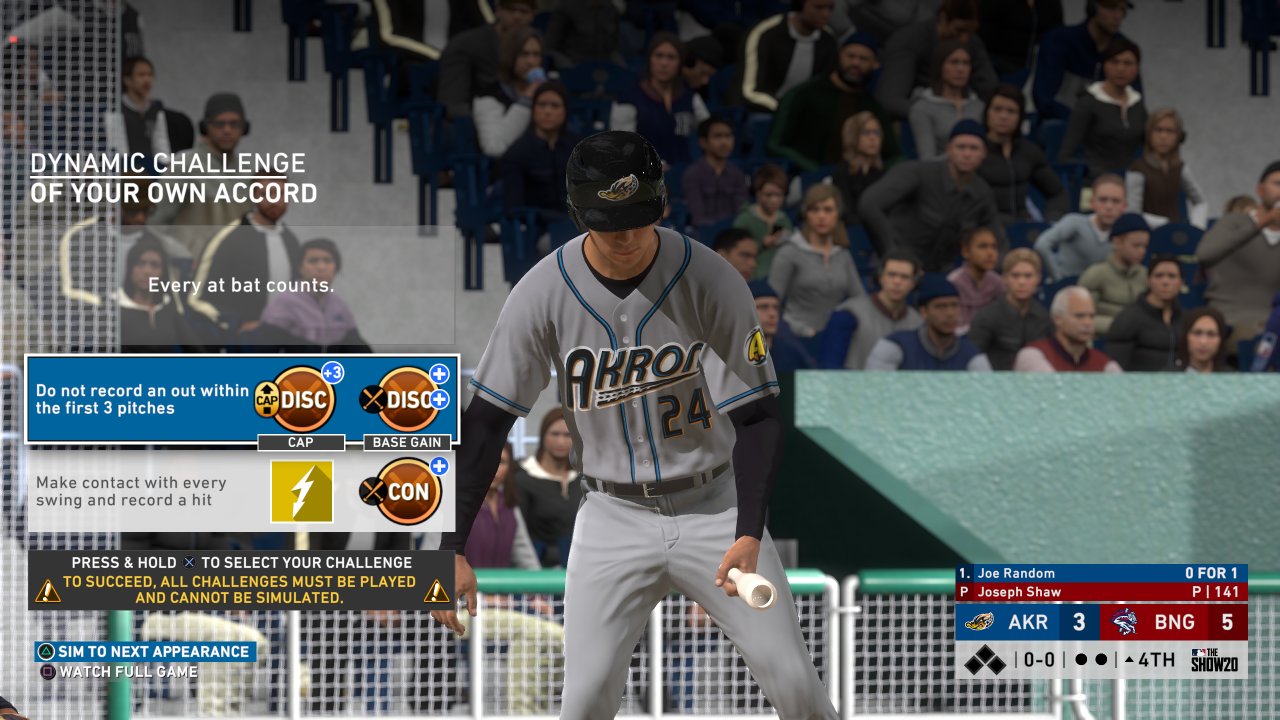 Custom Leagues is a new feature that allows you to play in fully customizable leagues online with your friends. If you have a community of people you play with every year, this can be a fun way to experience the game. Though, it's a lot of focus on a feature that doesn't seem to have a huge following. I'm sure there are people with a community of players looking for more challenges and ways to play, but for more casual players or those who aren't looking to have such a demanding time online, it's a tough sell - though it is impressive you can use your Diamond Dynasty teams in these leagues.

The March to October mode has been revised this year, attempting to make it a more compelling season mode. And it is successful in that way. There are a lot of dynamic things you can do to gain momentum during the season and earn rewards, which is a cool idea. There's so much creativity going into things like March to October and Custom Leagues, you have to tip your hat to the developers. And they aren't done at the expense of Road to the Show or Franchise mode - so it's hard to begrudge them for the desire to build out new modes to see what grabs players' attention.

Speaking of strange modes, the new Showdown mode is almost like a baseball roguelike where you draft a few players to form the core of your team and then must use them to complete a series of in-game challenges, drafting players along the way until you face the ultimate showdown against one of the best pitchers in the game. Failing challenges resets progress, forcing you to work your way back up. Again, I'm not sure there are a lot of people who are going to have the interest in something as unique as this game mode, but it shows off the creativity of the developer as they try to give players unique ways to enjoy the game. In fact, a couple of other sports games with similar modes have seemingly forgotten about them.

All of these modes earn you equipment, rewards, and player packs that can be utilized in different modes. Most of it just feels like they are as hollow as the PSN trophies or the profile level that is ranked up through experience points, but the design of the packs and rewards is cool. A lot of this is contributing to your Diamond Dynasty. This mode hasn't received an update directly, but so much of playing The Show feeds into your Diamond Dynasty experience, it's almost elevated by proxy. 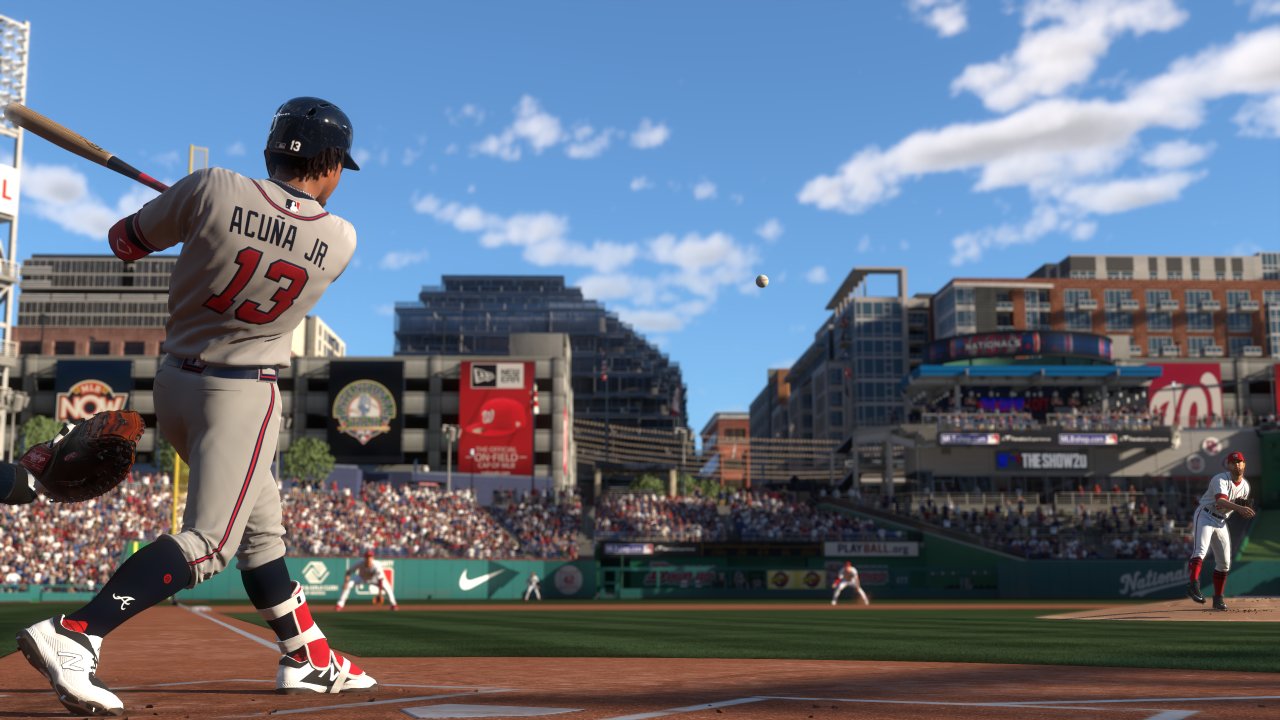 Out on the field, the biggest gameplay update is outfield indicators that have been added for extreme catches, showing you when a catch may be difficult so you can back off and play it safe or go for a web gem that would be found in a ESPN highlight reel and try a diving catch. I still think the pitching and hitting in The Show are the highlights. A new hitting tier called “Perfect” tells you when you've absolutely nailed a pitch and almost always results in a hit (note I said almost always). I also continue to feel that fielding and base running are a little sticky, especially when you're trying to do something special. Sliding into a base or making a diving catch feels robotic and lacks the fluidity of the other mechanics. There are so many ways to hit and pitch, one would hope that the fielding and base-running options would become better as well.

The online experience continues to get better every year. It was only a few years ago that playing the show online was a farce, but these days it's a pretty smooth experience. It's relatively clear that SIE San Diego Studio can't imagine anyone wanting to actually just log-in and play a one-off game mono-a-mono, given the heavy focus on custom leagues, but the online play was a good experience all around.

The game looks quite good. The Show has always been a powerhouse on the PlayStation, leading the way in terms of sports games and their fidelity. While the age of the PS4 is starting to show, so is a little bit of the Show. In scripted sequences, it looks great. You can almost see the fibers on the hats, but during actual play it's not quite as impressive. There's a little too much shine on everything that makes the players look a bit like silicon. It's still the best looking sports game out there, but a change in console might be what the doctor ordered. The commentary and soundtrack are okay. If you plan to play the game as much as the developers expect you to, you'll likely be muting the sound pretty quickly in favor of your own music or some Netflix. The audio isn't varied enough to warrant you keeping it on for the dozens of hours the game demands. 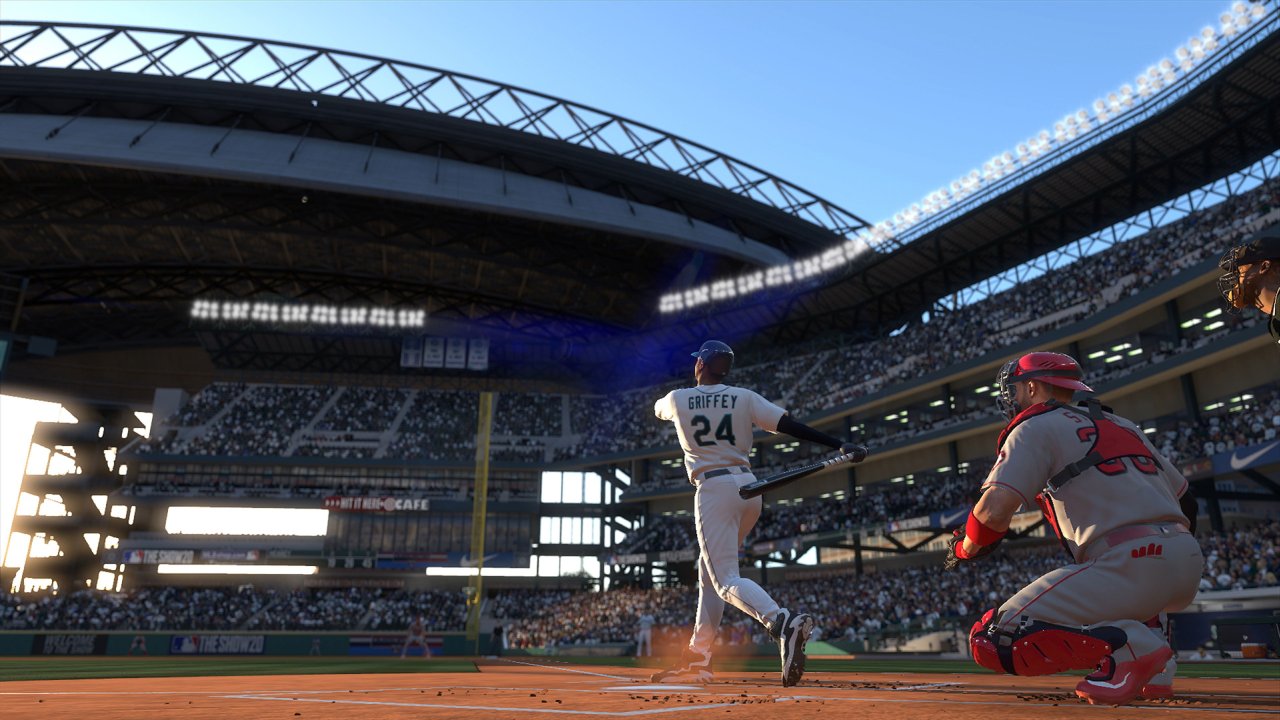 There are some performance issues with the game, but they are small. Little framerate hitches here and there that happen during the presentation scenes and don't interfere with the gameplay.

MLB The Show 20 is a solid game and SIE San Diego Studio continues to make changes that expand the available modes, while maintaining the quality players have come to expect. It's not perfect - but it manages to deliver an experience that can be so many different things to so many different players and that is worth appreciating. I was excited for my Twins to take the field this year - watching the Bomba Squad at one of the most beautiful parks in the game. I know that missing out on real baseball is not the most important thing right now as we brace for a national health crisis. But as we strive to find comfort in any kind of normal, it hurts that things like Opening Day, full counts, load bases, relay throws to home, and doubles into the gap feel like they may be a long ways away. The Show 20 lets us relive those moments - and I am exceedingly grateful for that.

Our ratings for MLB The Show 20 on PlayStation 4 out of 100 (Ratings FAQ)
Presentation
80
The Show 20 is a good looking game, but the age of the PS4 is starting to weaken it a bit.
Gameplay
70
The pitching and hitting are by far the best things about the game, but maneuvering players while running the base paths or in the field feels robotic.
Single Player
80
There is so much to do in MLB The Show 20, you're bound to find a mode that hooks you in, whether it's the complexities of franchise mode or the arcade-y feel of Showdown.
Multiplayer
75
The Show is clearly hoping people will find enough players to round out custom leagues, and isn't thinking much about other online play, but it's the most stable it's ever been.
Performance
80
Online play is solid and aside from frame rate hitches during the TV-style presentation, the game is smooth.
Overall
77
MLB The Show 20 works for new players and veterans alike because it opts to offer a bit of everything. With so many different modes to play and such a strong foundation to work from, it continues to be a reliably great simulation of the sport. Weep not, baseball fans, the digital game is still alive and well. 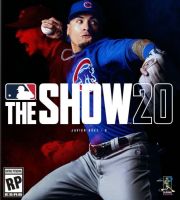 All videos for MLB The Show 20 (4)
Advertisement ▼