BLACKSAD: UNDER THE SKIN
Platform: Xbox One
50
SummaryNewsArticlesVideoScreens

Blacksad: Under the Skin Review

As an avid Turner Classic Movies watcher, I’ve grown to love film noirs. The smoky atmosphere, hard-boiled detectives and complicated plotting make for appointment viewing. These hallmarks can be tough to translate to other mediums, though, which is why we rarely see games embrace them. You can probably count the memorable noir games on one hand. Pendulo Studios is looking to crash that party with a unique licensed adaptation. Based on an Eisner-award winning series, Blacksad: Under the Skin is as uncommon as they come. 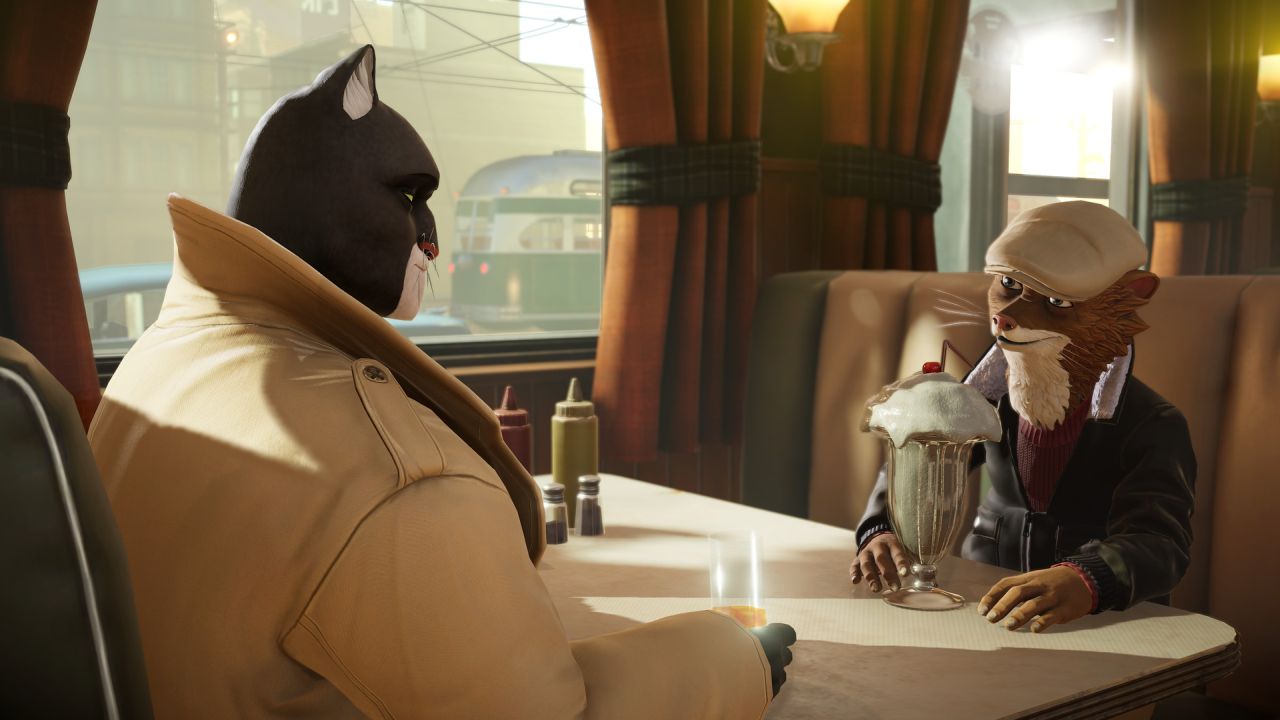 Blacksad: Under the Skin focuses on the titular detective as he gets roped into a mystery that is much deeper than it originally appears. Fresh off a case of adultery, Blacksad is contacted by femme fatale Sonia Dunn. Her father, boxing legend Joe Dunn, has just been found hanging from over the ring of his gym. Seemingly a case of suicide, Sonia has her doubts, and reaches out to the feline gumshoe on the advice of a mutual ally. Originally tasked with tracking down Bobby Yale, Dunn’s prized pupil and potential murder suspect, Blacksad soon finds himself entangled in a much more sinister mystery.

The best thing the title does is embrace the hallmarks of the noir. All of the clichés I mentioned at the top of the review show their face over the course of the story. That’s what I want out of my noirs. For the story to include all the bells and whistles of what makes the genre enjoyable. It’s all very expected, sure, but I enjoyed it nevertheless. Embracing these story beats even manage to cover for the fact that watching anthropomorphic characters do them can be a little silly. One aspect of the story that did bug me, though, was how it plays with racial issues. Several characters bring up issues of race, whether though inter-species relationships or post-war ignorance, but the title never goes deep into these themes. They are introduced seemingly only to give surface-level depth to side-characters. To me, if you are going to have these elements, they can’t just be for show. There needs to be an actual effort to dissect them within the framework of the title’s world. It ends up just coming across as insensitive and ignorant.

As a noir, much of your time in Blacksad is spent investigating different locations. From Joe Dunn’s gym to underground laboratories, the mystery will take the detective across all of New York City. These segments can be grouped into two different kinds: quick-time focused events and free-control moments. Most of the title is made up with the latter, for better or worse. While exploring, you are given full rein to search the surrounding area. Typically, you are searching for new evidence to help you put new deductions together. A napkin that reeks of sardines or a treasure trove of Native American artifacts can help push the case forward. Pretty much anything you can look at has a use in one way or another. Once Blacksad has enough clues, he can then begin to make a deduction. 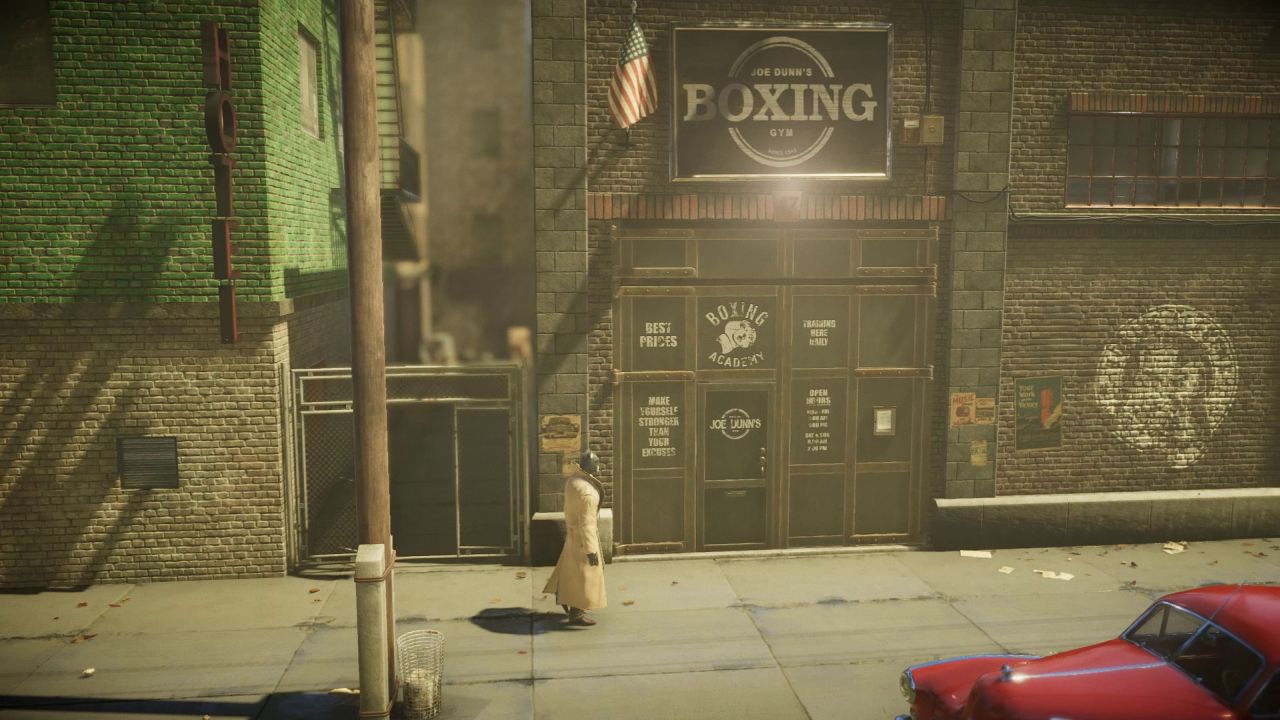 Deductions are one of two minigames that take place while you’re investigating. Once you are alerted to one being possible, you’ll enter a separate screen where several bits of information can be seen. Your job is to match the info together in order to come to a conclusion. For example, you would match the napkin with the breath of a perp you are speaking with. It’s a simple process, but it is a fun way to spotlight the deduction techniques of the private eye.

The other minigame involves your heightened senses. During certain conversations, you can go focus in on both whom you are speaking with and the surrounding area. Using his nose, ears and eyes, Blacksad can unlock new information regarding the case. Again, it’s an interesting way to integrate the detective’s natural attributes. However, unlike the deduction mechanic, these moments lack challenge and are surprisingly slow. It takes a little too long to lock in on the evidence, which can be a pain when you need to do so in a short amount of time. The framerate absolutely chugs when you are zooming in on something. I wanted to just plow through these segments as soon as possible whenever one showed up.

When you aren’t sniffing around for clues, Blacksad likes to throw a seemingly endless amount of QTE moments at you. During interview time with specific subjects, you’ll only have a limited window to choose a singular response. If you’re not paying attention, a poor choice of words can lead to you getting snuffed out. And as a rough and tumble detective, Blacksad typically finds himself running afoul of various thugs and goons. If you don’t want to get smashed to piece, you’ll also need to be quick on the controller. Normally QTEs can become annoying to deal with, but I think they are spread out enough here for that not to become an issue. It can seem limiting at times, for sure, but I feel it was the best way to go for the title. 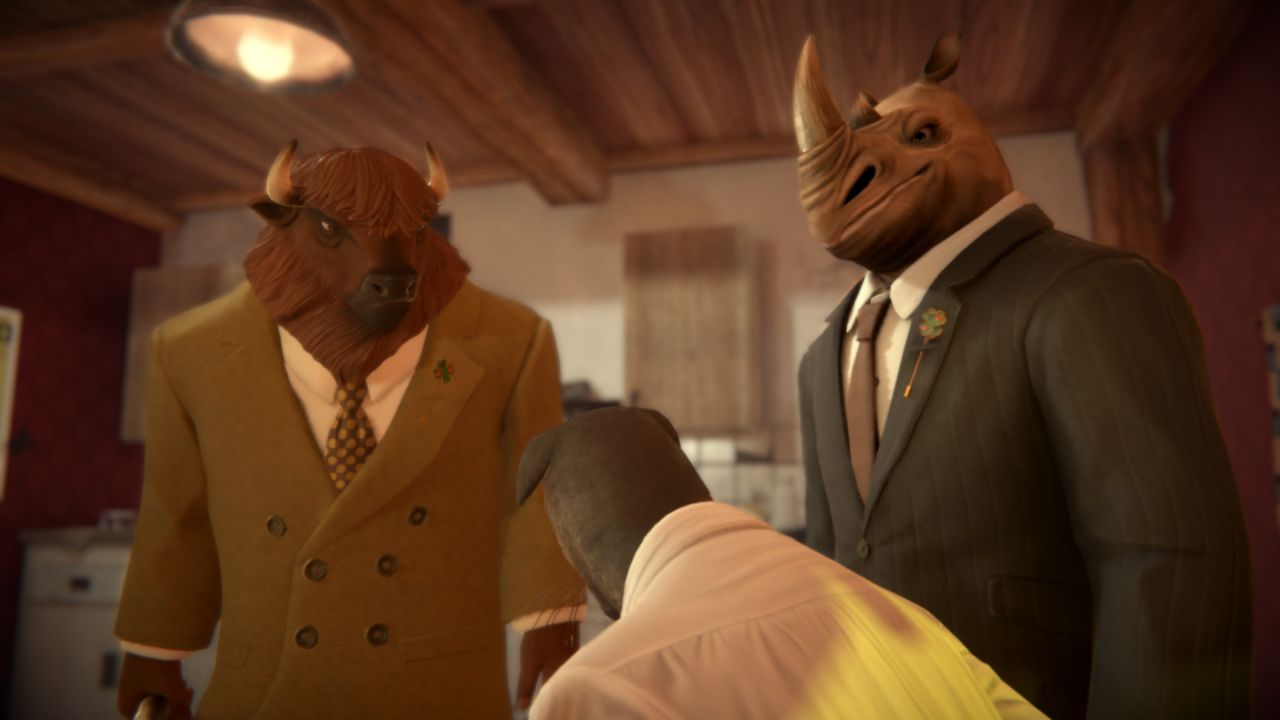 It’s a shame then, that Under the Skin is such a complete mess on the technical side of things. Considering it wasn’t too long since I played WWE 2K20, I was genuinely shocked to find a title that performs as poorly as that debacle did. Literally anytime you are doing anything on screen, the gameplay is hit with lag. Picking up a document? There’s lag. Waiting for someone to respond to you? Of course, there’s lag. Reading literal writing on the wall? Oh, you better believe there’s lag. It’s incredible in how incompetent it is. And as numerous as those issues are, it’s somehow the least of the title’s concerns.

The bigger issue is that the game is beset by crashes. We’re talking several crashes across various points in the campaign. And if those weren’t bad enough, sometimes after the game craps out on you, you won’t be able to progress without going back first. In two different moments, I had to replay earlier segments, just to be able to progress. Otherwise, I would literally be locked out of moving forward. I’ve read that there is a patch on the way, but I’m reviewing the title in its current state, and its performance is absolutely unacceptable.

Blacksad is a mixed bag when it comes to the visuals. On the one hand, I like the character designs and setting. I’m a sucker for classic New York City, and while the setting isn’t super detailed, the spirit is there. The anthropomorphic characters also won’t be for everyone, but I think they give the story a bite of originality. However, technically, it’s a real messy time. Hair and clothing frequently clips through character models. Considering he is almost always clad in a trench coat, it’s amazing that the developers couldn’t prevent it from fluttering through Blacksad’s body. In fact, pretty much any object the titular detective interacts with clips through his body. A late game ride on a forklift is particularly egregious. I love what the title’s shooting for, but the execution is way off. 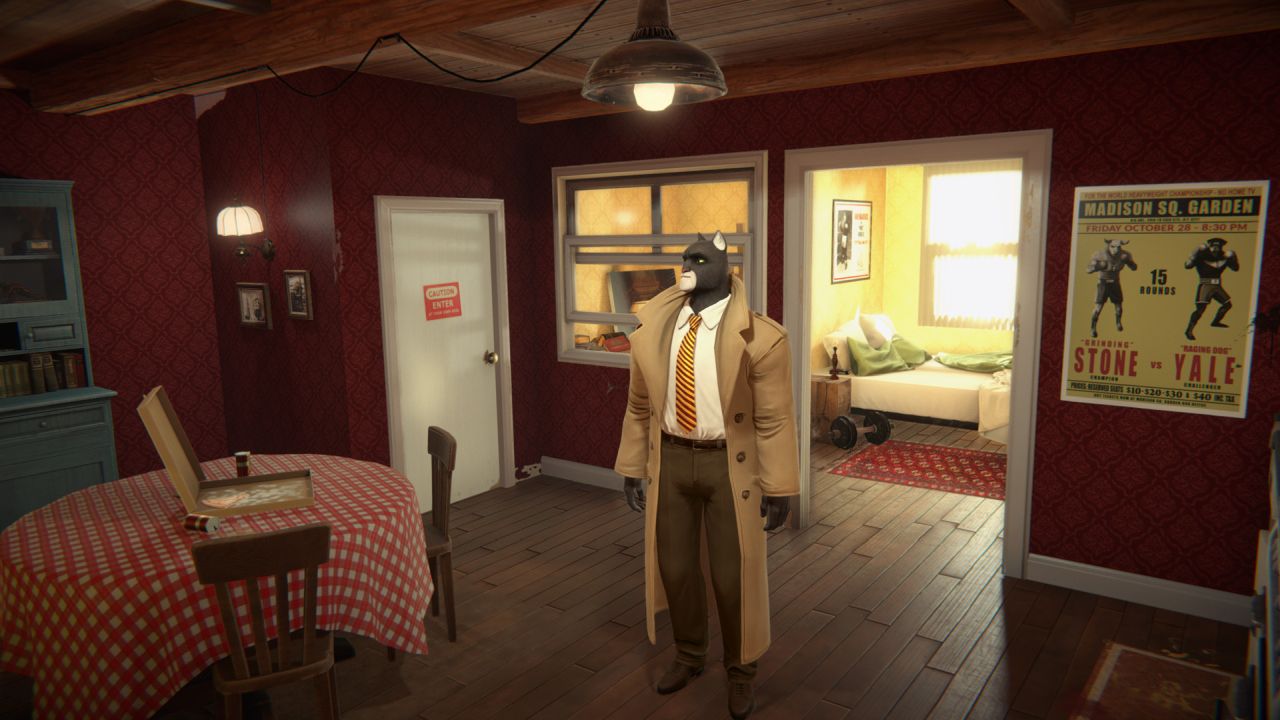 I’m genuinely sad about how Blacksad: Under the Skin turned out. There’s so much to love, from the hard-boiled plotting to the excellent setting, that the abysmal performance completely mitigates. It’s pitiable how poor the title runs in almost every major regard. And these problems simply cannot be ignored, no matter how much I would want to. Perhaps at a later point in time, it will be ironed out, but as of now, they are such an issue that it’s almost impossible for me to recommend the title. Like some of the classic films it draws inspiration from, sometimes everything doesn’t work out for the best in the end.

Our ratings for Blacksad: Under the Skin on Xbox One out of 100 (Ratings FAQ)
Presentation
48
The character designs and setting used for Blacksad: Under the Skin are right in my wheelhouse. The clash of styles between anthropomorphic characters and vintage city is striking, but it works. Unfortunately, the execution is botched. Clothes, hair and objects frequently clip right through character models in glaring fashion.
Gameplay
62
There’s little depth to what you’ll be doing in Blacksad, but it works for what Pendulo Studios is trying to accomplish. You’ll be doing detective things, and the title gives you plenty of ways to do so. Perhaps a little too over-reliant on quick-time events, however.
Single Player
73
Equal parts hard boiled and sincerely cliched, Blacksad is exactly what you would expect from a noir. It has all the hallmarks of the genre, and for better or worse, it hammers all of those plot points home. It doesn’t overstay it’s welcome either, which was a nice surprise.
Multiplayer
NR
None
Performance
20
Terrible. Absolutely terrible. Laggy, buggy and full of crashes, the title is frustrating to play due to the fact that you’ll almost always be hit with a problem. Maybe it’ll be fixed at a later point in time, but for now, it’s almost unplayable.
Overall
50
Blacksad: Under the Skin holds promise, and it makes good on a few ideas. The noir storytelling is appropriately entertaining, and the gameplay manages to hold up, even if it doesn’t strive for much. However, the inconsistent graphics and terrible performance mar what would otherwise be a solid little adventure.

Blacksad: Under the Skin 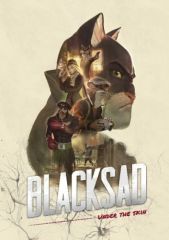 All videos for Blacksad: Under the Skin (1)
Advertisement ▼