THE SOJOURN
Platform: Xbox One
63
SummaryNewsArticlesVideoScreens

As I've grown older, I've gotten more and more into the puzzle genre. The challenge of completing a difficult brain-teaser is the perfect come-down after a long day of work. And with so much variety in the genre, there's an abundance of gimmicks ready to be explored. However, not every gimmick can maintain quality over an extended period. Such is the case for The Sojourn, which starts strong, but struggles to remain fresh. 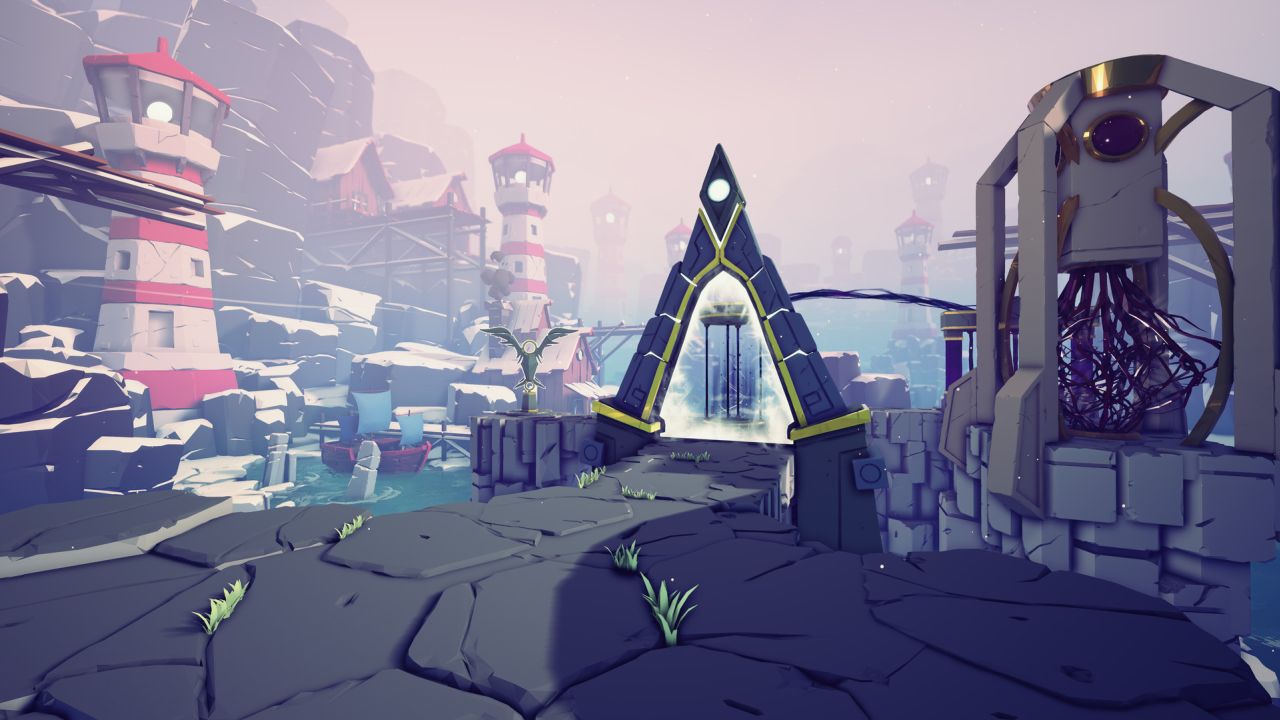 In the world of The Sojourn, reality is split between two realms. There's the light realm, which is most like our very own, and the dark realm, which is a warped version of our dimension. Every level allows the player to move between the two realms through a variety of means. Sometimes it's via stepping on movement-limited tiles, other times it's by walking through a magic gate. In order to complete each puzzle, you'll need to move between the two to figure out a solution.

Of the two, the dark realm is where you'll be doing most of the work. When you are in the shadow dimension, you can manipulate statues that are found in each level. There are three different kinds you'll encounter throughout the campaign. The regular statue lets you swap places with it, a music statue can rebuild paths, but only for the length of a melody, and light beam statues let you create dark paths to travel through. The trick is figuring out how each one works in conjunction with the other.

It's when you have to work with multiple pieces that The Sojourn really comes alive. Cobbling together a path to success that brings together harps, cloning portals and dark realm generating orbs is quite the feat. In the title's best moments, it challenges you to think outside the box in order to succeed. The optional puzzles are the best place to find these moments, as they were obviously designed to test your mind and patience. It's where you can clearly see that the developer knows what they're doing when it comes to puzzle design. 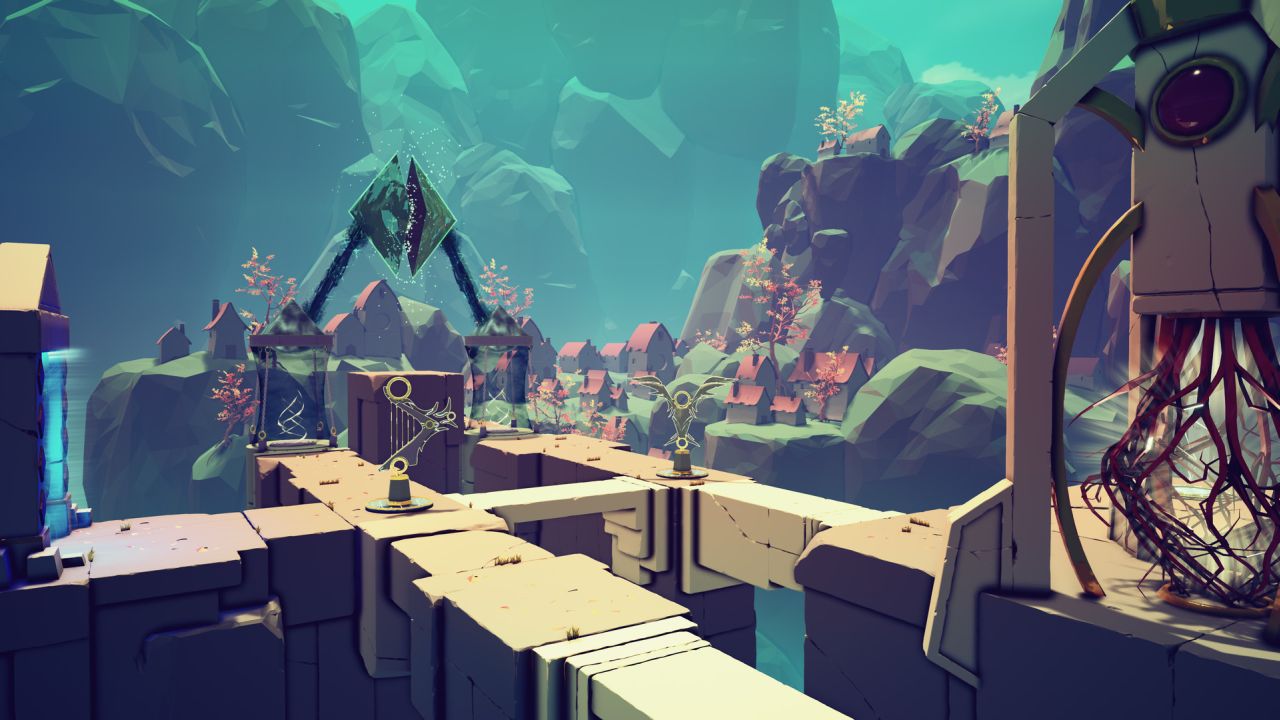 Precious few puzzles in The Sojourn offer up that significant challenge, however. I'll readily admit that there were a handful that I had to really sit down and think about. And conquering those ones made me feel like an absolute genius. All too often, though, you'll be able to come to a solution in pretty quick order. Outside of the bonus sections, there's just a lack of challenge here that you hate to see in puzzlers. I want to be put to the test, and even crack under the pressure. If you're giving me a bunch of softballs, though, I'm just going to get bored.

It doesn't help that there isn't a ton of variety. Chapters will occasionally introduce new mechanics that offer a brief respite from boredom. However, even in those sections where something fresh is introduced, the subsequent puzzles don't do enough to differentiate themselves. It's borderline impossible to remember specific levels because they just don't differ that much from one another. Not only is this tedious from a design standpoint, but it's also tedious from a gameplay perspective. If every puzzle is oddly similar, it makes solving them that much easier.

There's also a good amount of repetition in the general flow of The Sojourn. The levels, as interesting as they first appear, never change their style. It's the same ancient design, just reworked for the appropriate puzzle. Even the hub areas used to move from puzzle to puzzle tend to follow similar beats. One section has you completing a series of levels on one floor, then taking an elevator to another identical looking hub of levels. Or the one following it where you repeatedly enter different wells in order to find similar looking hubs. It's like developer Shifting Tides found one style they liked, then just cloned it repeatedly. 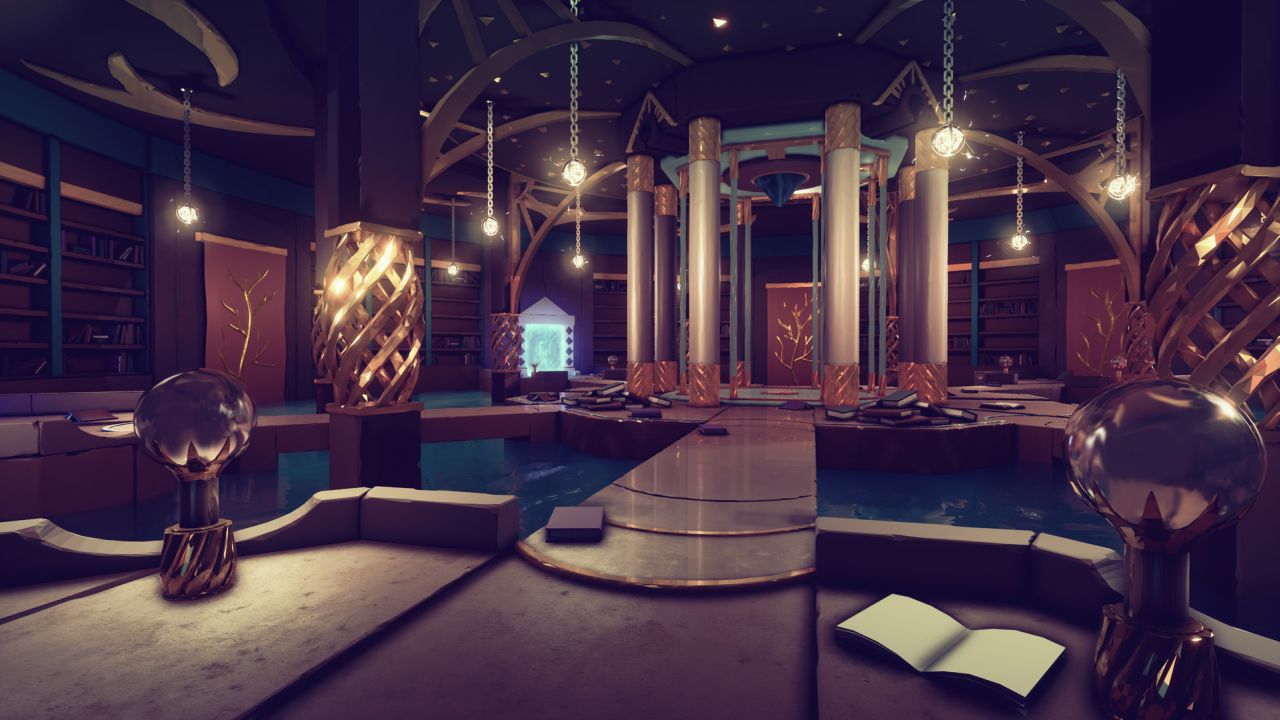 While you're solving puzzle after puzzle, you'll stumble upon scenes depicting the story at the heart of The Sojourn. It's a tale that doesn't spell things out directly, but rather hits you over the head with platitudes and metaphors. Overcoming tyrannical rule is a theme that remains timeless, but it needs to be told in an interesting manner. Using overwrought sculptures and cloying text is not the way to do that. It ends up just feeling super pretentious instead of meaningfully insightful.

As mentioned, there's a good amount of repetition to be found in the title's style. Which is a bummer because the art design of The Sojourn is pretty unique and cool, but there's just not enough of it. The way each level is built before your eyes is pulled off well, even in the face of some bad lag. There are some gorgeous vistas for you to look over, and the use of color in certain locations is inspired. However, there's not a ton of detail to the setting, even in moments where it would make sense to have something for you to find. And again, you just don't see that many different level layouts or architecture over the course of the game.

There are flashes of greatness within The Sojourn. Shifting Tides knows how to craft intricate, tough puzzles and they created a mysterious and cool world for the title to reside in. However, there just isn't enough variety in either of those two aspects to last the entire game. It's a title that becomes less and less interesting the more time you spend with it. I'd like to see the studio take another crack at the genre, though, because the blueprint established here is solid. There just needs to be expansion off that core design.

Our ratings for The Sojourn on Xbox One out of 100 (Ratings FAQ)
Presentation
58
The Sojourn boasts interesting designs and some truly lovely visuals. It suffers from repetition, though. Later levels add little to the scenery, and the reuse of similar hub-worlds is glaringly obvious.
Gameplay
60
The core mechanics behind The Sojourn all work well. Traveling between realms and working with the statues you are given is fun in spurts. However, Shifting Sands doesn't do enough to flesh these ideas out.
Single Player
50
A lethal combo of pretentious and boring, the background tale of The Sojourn is mostly worth ignoring. There's plenty of content here for puzzle-hounds to sink their teeth into, however.
Multiplayer
NR
None
Performance
70
Mostly solid performance on a regular Xbox One. However, when the levels are first being loaded, there is some rather noticeable lag.
Overall
63
The Sojourn is an average, middle-of-the-road puzzler, that struggles to be memorable after the first few hours. There are interesting ideas here, both in terms of gameplay and aesthetic. However, they both suffer from the same problem, which is unfortunate repetition. 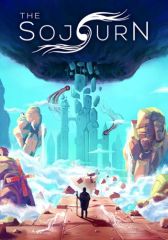 All videos for The Sojourn (2)
Advertisement ▼