What is old is reborn. At least this seems to be the predominant message with the dungeon crawling RPG, Operencia: The Stolen Sun. While I'm partial to colorful and complex fantasy RPGs, games of a more linear, puzzle-laden ilk have never done much for me; nor has the relatively slow pacing and repetition that comes with late 80's style turn-based combat. Yet, more often than not, I couldn't help but enjoy Operencia as I traversed its majestic fantasy worlds. Even its puzzles, while abundant and frustratingly cryptic at times, usually proved creative and produced a feeling of satisfaction upon completion. This isn't to say Operencia is flawless, with its rather restrictive grid system, lengthy load times, and "questionable" voice acting. Yet as a whole, it's a cool little throwback. 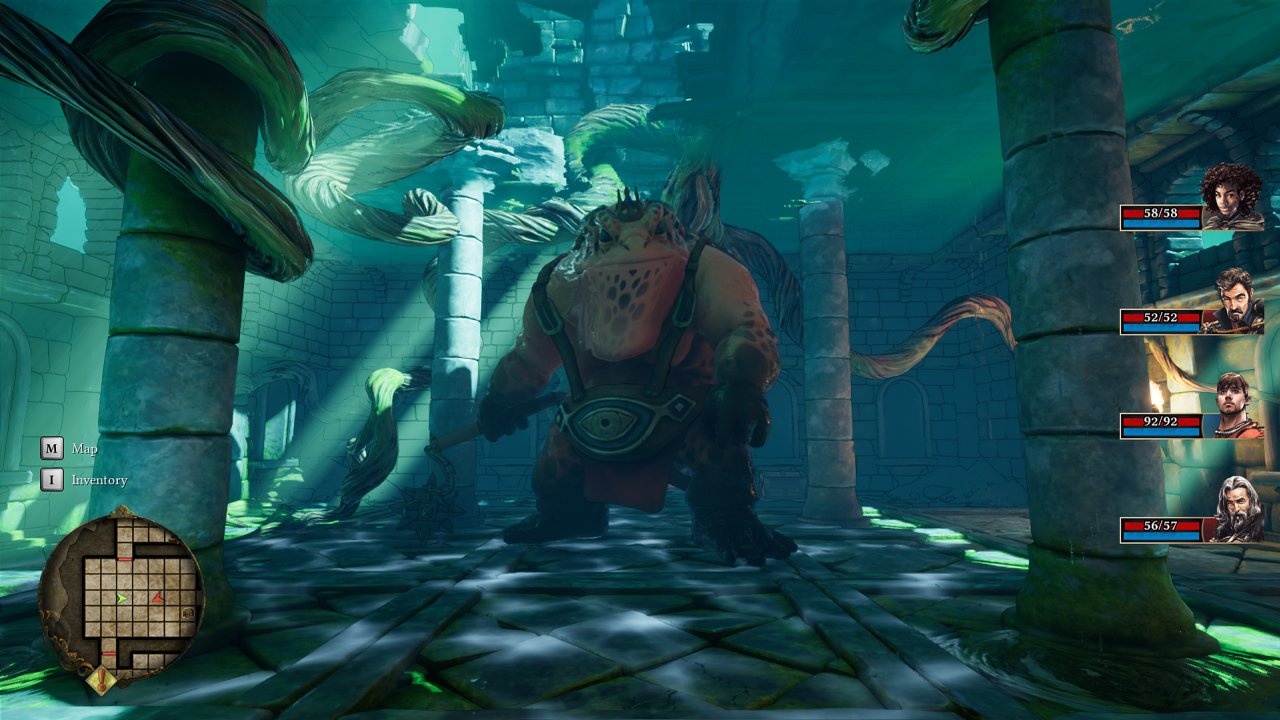 The story of Operencia revolves around some grandiose majestic themes ala Game of Thrones (it even features a Kingslayer!), wrought with darkened landscapes, curses, demons, zombies, and other dark fantasy elements. At the same time, it sidesteps shallow narratives and basic tropes by drawing on Central European folklore, residing somewhere in between history and mythology. Major plot points are illustrated and narrated through stylistic images that take on a storybook feel. The game takes place in - you guessed it - Operencia - where a demonic force has kidnapped the Sun King Napkirály. This has left the once vibrant lands in chaos and (literal) darkness. During your journey, you'll venture through forests, tombs, and palaces as you seek to defeat this power and restore light to Operencia.

The dozen-or-so major environments you'll be exploring are something of a mixed bag. You'll be dropped into a few basic stock areas like crypts and underground dungeons filled with webs of corridors and barred gates. Yet, many of the areas in Operencia are quite imaginative in their layouts and are laced with gorgeous aesthetics to boot. They're all handcrafted and enriched by Unreal Engine 4's graphic muscle. While the visuals impress, the often mediocre voice acting, simple animations, and long load times tarnish the presentation somewhat. The abundant dialogue exchanges take on a light-hearted, almost comic feel, as the characters play off each other quite well. Though the cheesy reads tend to diminish what could have been a stronger character-driven story.

Still, the rich atmosphere and world building manage to be interesting, at least. Some of the more memorable environments include a mystical forest with hostile wildlife, a flooded dungeon crawling with mutant frog men, and a golden palace of glass. Unfortunately, the game's linear nature and limited movement doesn't always do these lavish biomes justice. Within the pretty backdrops exists a skeletal core which utilizes 8 bit RPG/dungeon crawling sensibilities. The result is something of an oldschool Dragon Quest vibe with a next-gen coat of paint. This will certainly invoke some nostalgic bliss for older gamers, though many younger fans may find such mechanics restrictive and cumbersome. 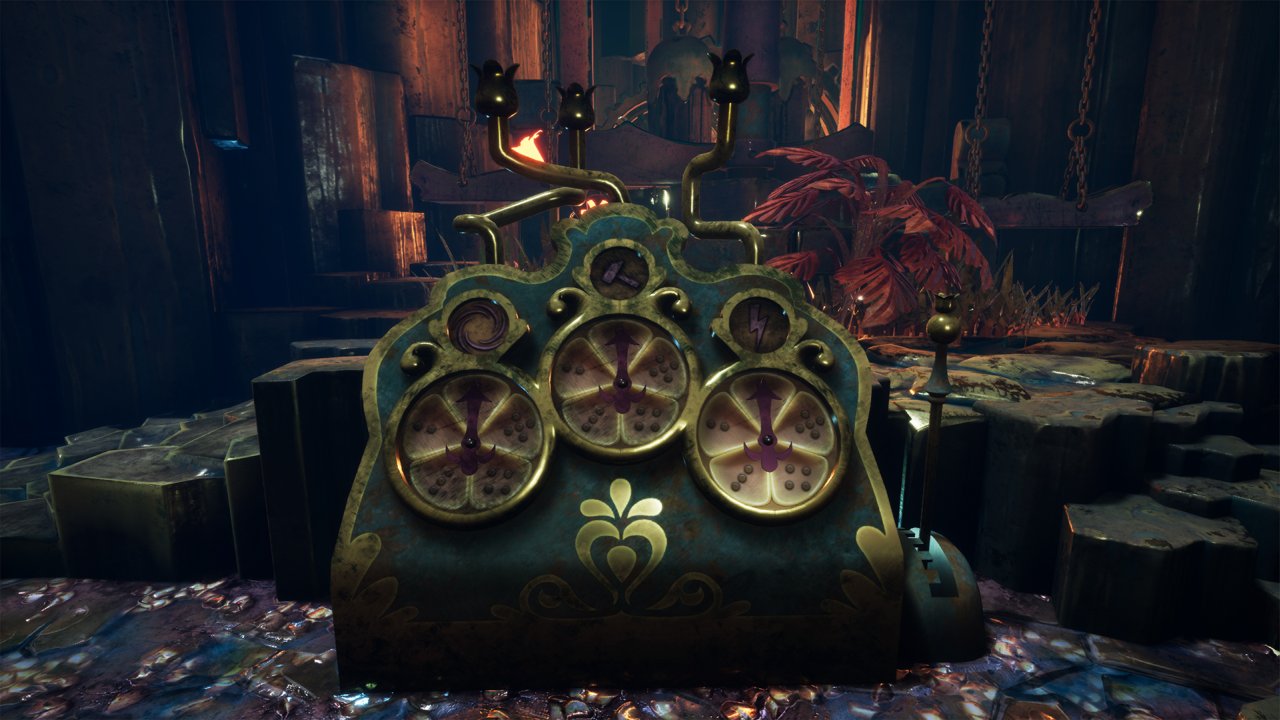 In true 8 bit RPG fashion, all movement in Operencia is locked onto a grid, meaning free roaming and diagonal movement is prohibited. A mini-map outlining these grids, as well as points of interest like campfires - from which you can save, recover, and fast travel - grants assistance in navigation. Though, it can still be a bizarre experience to shift around in such a restrictive manner when entrenched in vast and sleek 3D environments.

The combat feels very "late 80's" too, adhering to simple turn-based battles; albeit with some cool lighting and particle effects mixed in. Enemies saunter about at random areas of each dungeon, and can be engaged head-on, or by ambushing them from behind, granting you initiative in battle. Combat consists of a plethora of moves, of which up to 4 party members take turns initiating. The palette of options can seem overwhelming at first, but it's all boiled down to a few key categories; close range attacks, long range shots, and spells.

The mechanics of this system sit in a sort of middle ground between strategy and mindless button-mashing. Enemies reside in either a close-up, mid-range, or distant plane on the battle screen. Basic attacks are typically more effective on closer foes, while ranged hits are usually optimal for those positioned farther back. Spells run the gamut from direct strikes, to buffs/heals, to potent elemental blasts that deal damage over time or hit a whole group at once. You'll also be shown elemental weaknesses and/or immunities for each foe to exploit.

Combat usually proved a satisfying endeavor, though mobs often had an annoying tendency to heal, evade/resist moves, and even replicate quite a bit. These factors can make the already cumbersome process of fighting even slower. The lack of random encounters/respawning mobs helps keep things moving, though it means farming for coveted XP and gaining a major leg up in strength is out of the question. Battles are never insurmountable though - you'll just have to fight smart, especially when clashing with some of the rougher bosses. Being resourceful about mana usage and paying attention to hit chance percentages can go a long way. 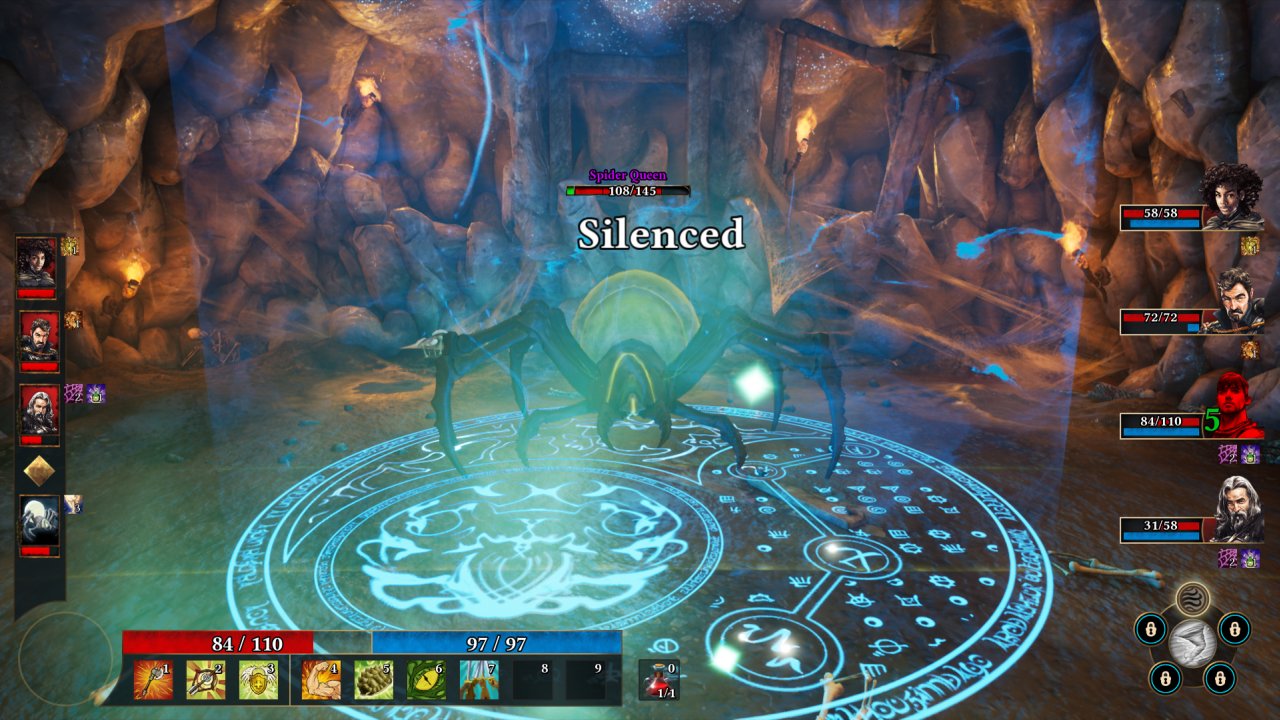 Operencia contains a system of progression that's easy to manage while injecting a bit of depth. Leveling up triggers a few ways to upgrade each party member. Managing the wealth of equipment you'll gather through purchases, loot drops, and hidden chests for all 4 fighters is crucial, though it can seem like a lot to deal with. Thankfully, a handy "optimize all" feature - which I failed to notice until a few hours into my playthrough - helps streamline this tedious process by equipping the best gear for you. You'll also unlock satisfying new spells, which yield stat trees of nodes that give characters buffs like increased critical hit chances, poison resist, and more. Additionally, you'll gain general stat points that can be allocated depending on the class of your hero and your play style. You'll want to provide mages with intelligence, warriors with strength and defense, etc.

While combat and progression have tactical undertones, it's nothing compared to the barrage of often elaborate puzzles embedded in each dungeon. These can feel a bit overdone at points, as every other door and major access point seems to need some sort of work-around solution to access. You'll almost inevitably get stuck, forcing you to wander around aimlessly, further slowing the pacing of an already sluggish experience. Still, many of the puzzles are cleverly crafted and put your noggin to work while trickling in hints, minimizing the need to shamefully look up a solution.

Stand-outs here include spinning a large dial to form animals corresponding to inserted tokens and a wine-dispensing contraption from which you must fill a vial to a certain length. You're also given a handful of artifacts as you progress, which are put towards increasingly intricate puzzles down the line. An example of this is a magic feather that allows you to lift and move around heavy objects to gain entry to certain areas. At one point you'll earn a shovel to use for digging up buried treasure, and gain an ability to mix potions and bombs with basic instructions alluding to the right ingredients. Thus, even when not tinkering with puzzles directly, Operencia subtly injects problem-solving in creative ways, adding to the sense of accomplishment and progression throughout. 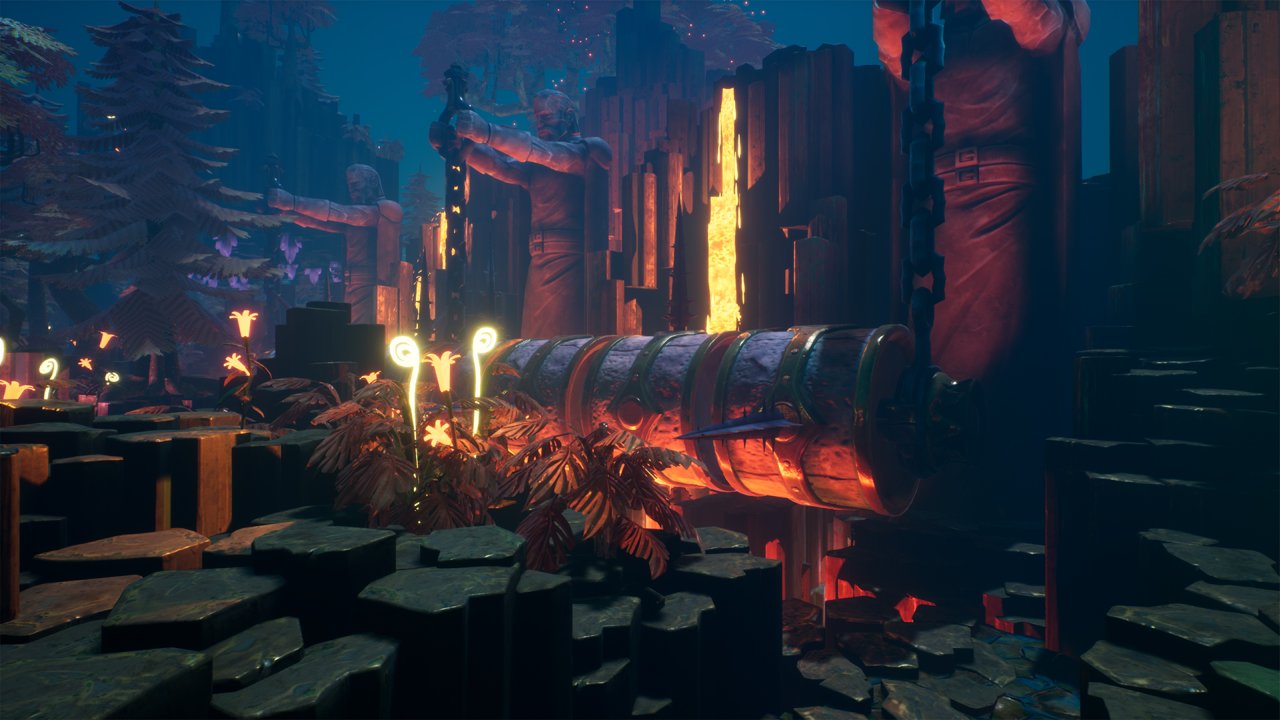 Not surprisingly, this formula doesn't quite come with a massive appeal, and it contains its share of quirks and limitations one must get acquainted with. Players will need a degree of patience, and at least a moderate appreciation of oldschool RPGs and D&D style dungeon crawling to mine something of worth out of Operencia. Still, those who enjoy a good puzzle-laden fantasy trip should be in for a satisfying and memorable journey.

Our ratings for Operencia: The Stolen Sun on Xbox One out of 100 (Ratings FAQ)
Presentation
72
A magnificent visual display, in-depth world-building, and serenading Howard Shore-esque melodies keep you engrossed throughout, even if the weak voice acting can remind you that this is in fact an indie.
Gameplay
70
Mechanically solid and elaborate enough to keep your interest without being too overwhelming - the occasional crazy puzzle notwithstanding. Imaginative level design adds to the nice atmosphere of most of the dungeons.
Single Player
75
Aside from slow pacing at times - you get a solid solo experience overall, with a lengthy campaign of over 20 hours, an engaging narrative, and interesting characters. Unlockable artifacts that open new areas coax you to revisit old dungeons and offer welcome replayability.
Multiplayer
NR
None
Performance
65
An abundance of rough load times can bog down an otherwise smooth experience, especially if you're prone to dying.
Overall
72
Operencia: The Stolen Sun proves ambitious for an indie project, and one that offers a wealth of satisfying content for the asking price. Its methodical, sluggish nature may not be for everyone, but those who accept it as a rough-around-the-edges retro dungeon crawler, should get a kick out of it. 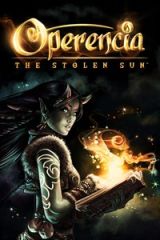 All videos for Operencia: The Stolen Sun (1)
Advertisement ▼