A detour not worth taking

Even if the name of the hit Amazon TV show The Grand Tour doesn't mean anything to you, there is a good chance that the term Top Gear does. That might be because Top Gear was one of the most popular TV shows in the world, and almost certainly the most popular car program, before one of its infamous hosts, Jeremy Clarkson, got into the BBC's bad graces. After a steak-based altercation that ultimately resulted in the original trio of hosts including Clarkson, James May and Richard Hammond leaving the BBC, they went over to make essentially the same series for Amazon instead, dubbed The Grand Tour. With this show going into its third season, Amazon have released a budget priced racing game to accompany it. 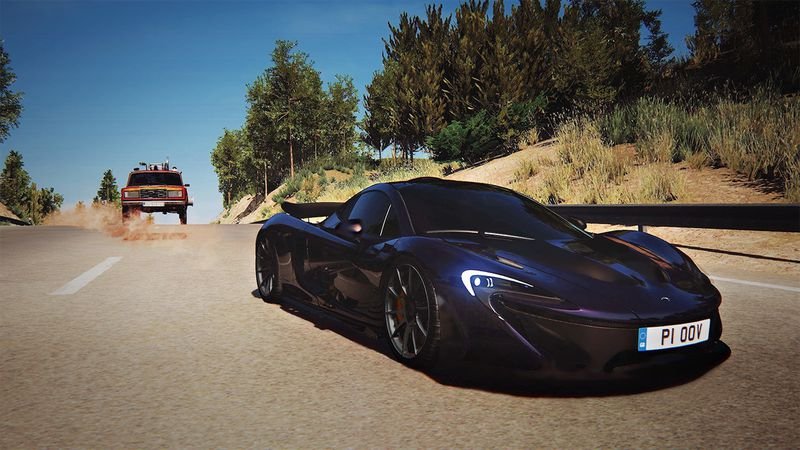 Though Clarkson, Hammond and May appear all over the Grand Tour Game, their involvement with it was likely minimal, most likely limited to a handful of marketing videos and a specific bit of voiceover to explain why something is missing. Really, the game feels like a thinly disguised ad for the show, designed to sell Amazon Prime subscriptions rather than establish a new contender in the crowded racing game market. Clips taken directly from the show are intermingled with in-game races or challenges at the points during the episodes where the hosts drive their cars around. Cheekily, when accessing each episode to play, there is a 'watch episode' button that attempts to install the Amazon Prime TV app on your console – but of course you need to buy the episodes, as they aren't included with the game.

At the time of this review, the singleplayer campaign lets you 'play' through the first episode of each season, plus a two-part special episode from Season 3; more episodes will be released weekly for Season 3 until the full season is available as part of the game. Though new challenge and race types are likely to be added with new episodes, given what has come so far, it is difficult to be optimistic about their quality. As such, it's hard to be bothered waiting for the rest of the episodes to be released, so the review is based on what's available at the time of posting.

If you watch all the clips between races, each episode might take 40-50 minutes to play through, with maybe half of that time actually spent playing. Once the entirety of season 3 is added, there will probably be a healthy quantity of content for the budget price. Sadly, the TV-show clips in between the gameplay "scenes" are probably the most entertaining part of the package. The actual "game" part of the The Grand Tour Game is barebones, dated and not particularly fun. You will get to drive some impressive cars that have been featured on the show, from a McLaren hybrid, to the exotic Rimac Concept One, to gas-guzzling muscle cars including the Dodge Demon. Notably, during the first episode of the third season, the McLaren Senna that gets driven in the show is not available to be driven in the game, with the segment being replaced by another McLaren from Season 2.

The issue is that pretty much every facet of the interactive experience is mediocre to poor. Most scenes involve driving, and the handling feels loose and floaty, with different cars feeling rather similar to each other. You will probably find yourself bashing into railings or the sides of tracks due to the sluggish steering, and with no destructible objects or damage model (visual or otherwise), there isn't much incentive to race cleanly, turning most events into bumper cars. The audio-visual presentation doesn't do much to help things, as muffled tinny audio and fuzzy visuals on heavily recycled track sections make it hard to appreciate the occasionally pretty backdrops based on real world locations. The actual car models look passable for a budget game, but in general everything feels and looks completely static and extremely dated.

There are a few different types of races and challenges on offer. The most common seem to be time trials, where you play as each host testing out their cars on the same section of track while muffled audio clips pulled directly from the TV show relay their impressions. Sometimes instead of a time trial, you will need to drift a certain amount with the awful drifting mechanics, or fill up some poorly explained bar such as "Fizz" in addition to getting a good time, with no real explanation of how or why you are filling the bar up. Races among the three hosts are fairly common, typically letting you choose which host/car you want to play as. These races sometimes have cart-racing style powerups, where at least some effort has been made to incorporate humor from the show, such as the 'texting' powerup that shows a text message in front of everyone's screen obscuring the view. Other powerups are less interesting, and include an oil-slick equivalent, or one that blasts obnoxious music and causes opponents' screens to shake.

You will also take part in a handful of drag-races, where the crux of success lies in having a good start that involves revving your engine a certain amount before the light turns green. The two-part special has some off-road driving, which makes the handling even worse, and reveals the broken car physics when going over bumps; you seemingly can't get any air, with your car sticking to the ground in a ridiculous manner regardless of your velocity or the terrain. The special episode also has a towing and photography mini-game that both suffer from terrible controls, though another where you must drive the three hosts' vehicles over a narrow bridge fares slightly better.

The only challenge I actually enjoyed comes in episode 1 of season 3, where you must drive each car in a confined area with the objective of creating as much noise as possible, with the camera pulled back to an isometric view as you skid muscle cars around and do doughnuts to fill up a decibel meter. Each challenge has three medals that can be won based on how well you do, with the "useless" award being handed out if you can't even make the bar for lowest medal, bronze. No matter how badly you do, I never felt motivated to retry when I got a poor result because there is seemingly no further reward beyond the medals. 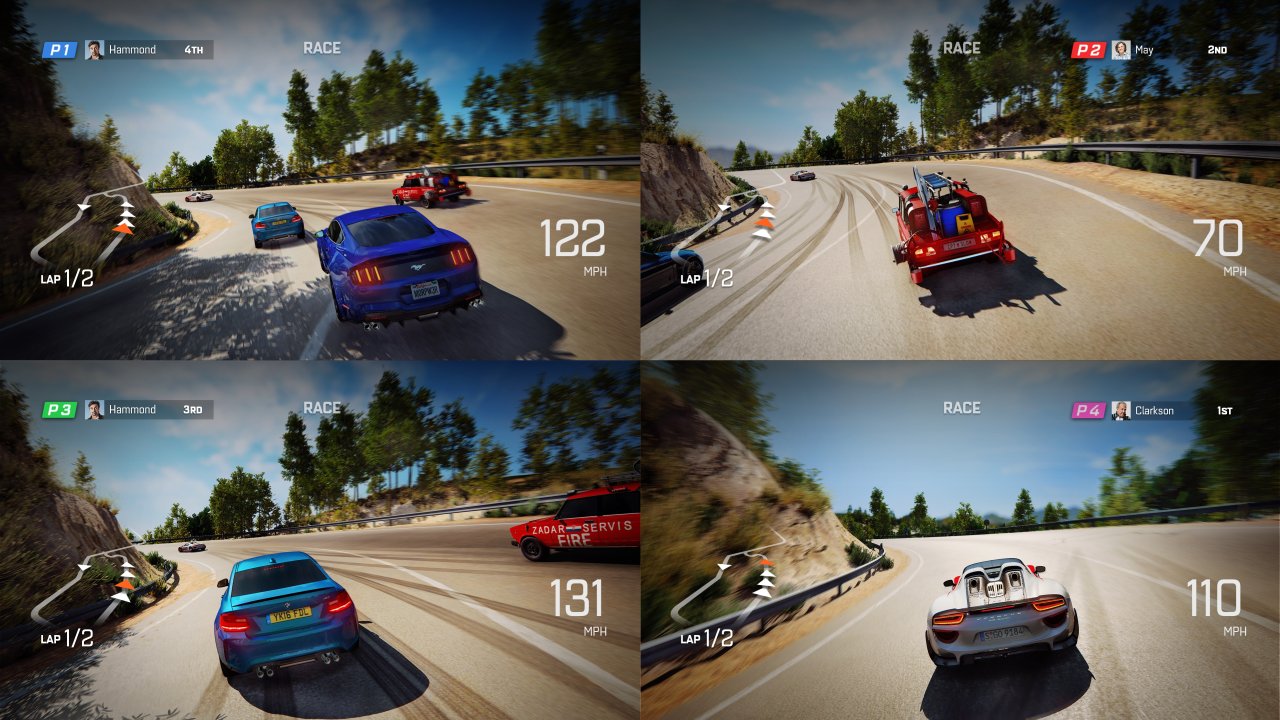 Outside of underwhelming singleplayer mode the only other option is local splitscreen multiplayer for up to four players, which lets you choose between different modes based on challenges from the solo play, set AI difficulty, and choose a host to play as (notably you can have multiple people playing as the same host, if one Jeremy Clarkson wasn't enough). This is a nice feature to have, and works well enough, but the awful handling, currently limited set of tracks and mostly dull game modes make it hard to get excited about. You and some friends might be able to get a laugh out of playing the game together and messing with the wonky car physics, or playing the race mode with powerups that becomes at least a bit more amusing when you are antagonizing your friends rather than just computerized opponents. It is also worth noting that some cars that aren't present in the singleplayer, such as the bizarre vehicles made out of shrubs or bricks from season 1, are available in splitscreen races.

Really, it's hard to tell who The Grand Tour Game is meant for. If you like racing games, it is not a good one. If you really love the Grand Tour TV show (or historically Top Gear), what you get is clips from episodes you have probably already seen, with the best bits replaced by bland and unenjoyable races and challenges, with no real new content coming from the three charismatic hosts that make the show worth watching. The few decent ideas scattered around this budget package aren't enough to justify not just the asking price, but the time spent with it – I still wouldn't recommend playing this game if it were a free promotional product. This represents Amazon Game Studios' first venture outside of the mobile games arena, and if this is anything to go by, there is much work to do if they want to make something competitive or relevant, because The Grand Tour Game is, as one of the hosts might say, a bit rubbish.

Our ratings for The Grand Tour Game on PlayStation 4 out of 100 (Ratings FAQ)
Presentation
40
Passable car models and a few nice backdrops are the only bright spots in a fuzzy looking game that lacks even the most basic visual damage model for cars, with tinny audio and muffled voice clips lifted directly from the show.
Gameplay
30
The car handling feels awful in the half-dozen or so race and challenge types which are mostly very dull, with one or two being mildly entertaining.
Single Player
35
Clips from the show are intermingled with a variety of races and challenges, with heavy re-use of tracks and only a couple of enjoyable events and no real motivation to go back and improve on scores or times.
Multiplayer
50
The splitscreen multiplayer is functional and lets you create custom races, and might provide some fleeting entertainment as you and up to three friends explore its different modes and event types.
Performance
65
The game runs at a reasonably stable 30fps, though I did experience significant stuttering in some locations, and the video clips tend to stutter when the game is loading in the background.
Overall
40
The actual interactive component of The Grand Tour Game is really quite poor, with awful handling and dated presentation making the races and challenges vastly inferior to the segments they attempt to replace, in between clips from the show you've already seen. 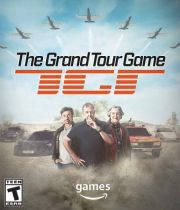 All videos for The Grand Tour Game (2)
Advertisement ▼