This star doesn't shine so brightly

For over a decade now, SEGA's Ryu Ga Gotoku Studio has been working on the Yakuza series and honing its craft. Taking barely any time off, this team has been pumping out game after game on a yearly basis and mostly all of them have been excellent. I can't say I've played another series with as consistent a pedigree as the Yakuza titles. 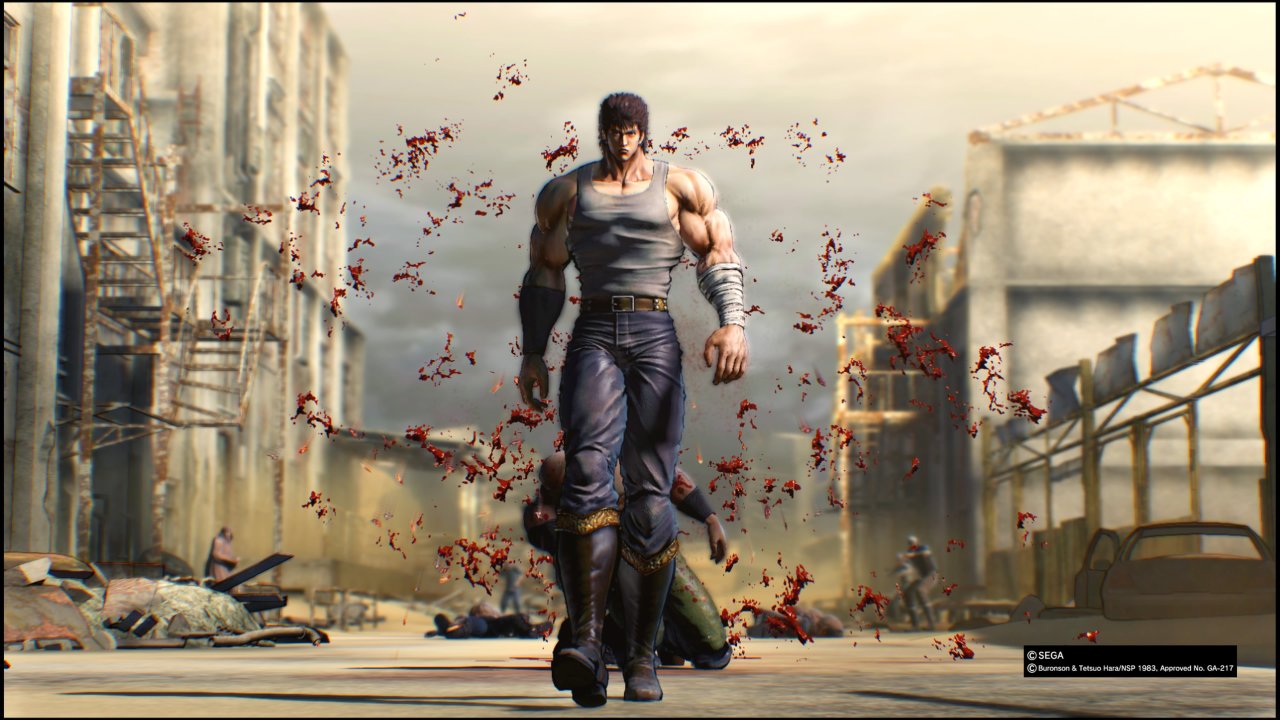 After wrapping up the series with Yakuza 6, a lot of fans were left wondering what would be next. Protagonist Kiryu Kazuma's story was done and apart from a potential remake, where else could you go? Turns out picking an even bigger bad ass in the form of Fist of the North Star's Kenshiro to base your game on was the next logical step.

With an art style based heavily on the manga and artists working to accurately capture Kenshiro's signature moves and with gameplay based on Yakuza's winning formula, Fist of the North Star: Lost Paradise was poised to be the best video game adaptation of the popular franchise yet. So how is the end result? While certainly a treat for fans of the anime, I strongly believe Ryu Ga Gotoku Studios has spread itself a bit too thin here.

Fist of the North Star: Lost Paradise is a loose adaptation of the popular 1980's anime series. While the intro is basically the same and covers the beginning arc, the game diverges and becomes its own thing. Having claimed victory over his rival Shin, Kenshiro is now on the trail of his beloved Yuria. This leads him to the city of Eden, a settlement that contains the conveniences people had before the war. Being this is Fist of the North Star, everything is set during the post-apocalypse of some unexplained catastrophe and Lost Paradise doesn't make an attempt to explain what happened.

For that matter, Lost Paradise doesn't even attempt to expand on the characters present in the anime. Unlike the Yakuza series, which is rife with character development and small moments, Lost Paradise skips over all of the background details and ushers players from battle to battle. That may sound like a welcome change of pace from Yakuza's sometimes languid wandering, but this mostly works against the game. You don't have much reason to care about Kenshiro finding Yuria or even why they are in love. 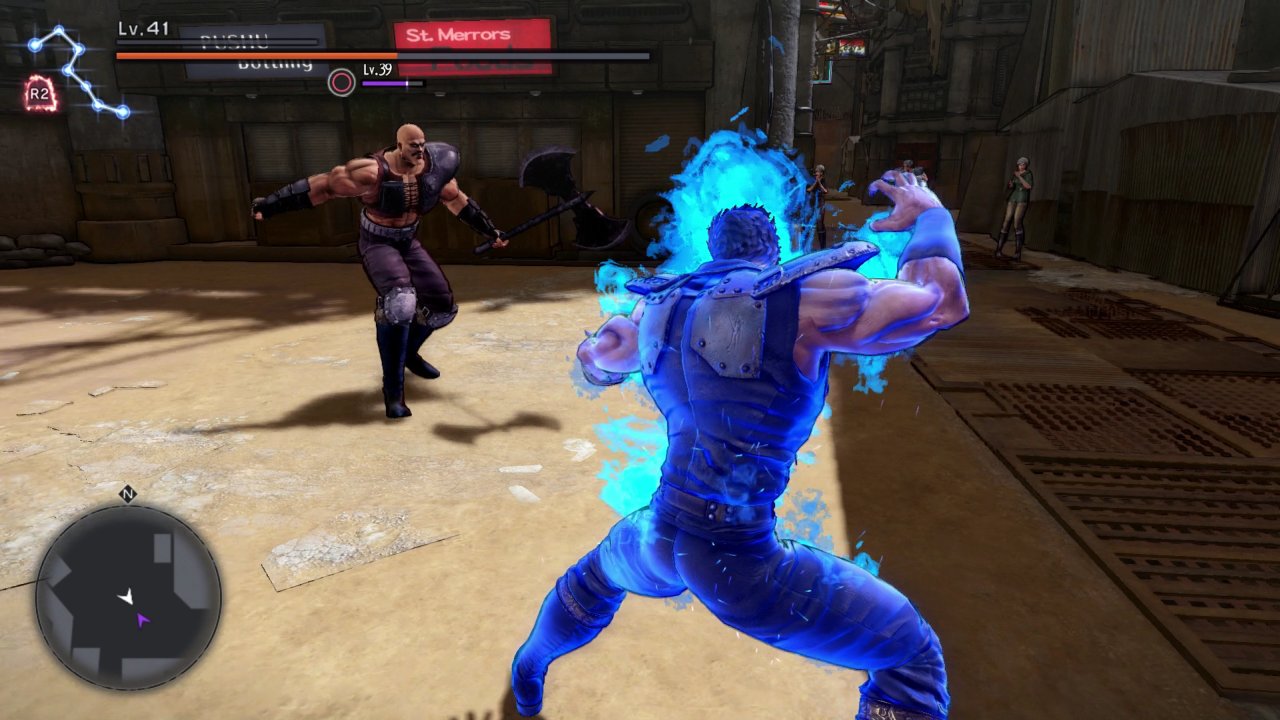 Without a lot of focus given to its main cast, the story in Lost Paradise occasionally limps along between major plot points. If you aren't familiar with the anime, you're likely to not understand how significant each villain is. You won't even get the joy of seeing a classic moment recreated in gameplay, which could rob the well-executed boss battles of their gravitas.

That being said, at least the gameplay side of the equation is rock solid. Building off of the template used for Yakuza 0, Lost Paradise utilizes an older engine to maintain a rock solid 60 FPS. This gives a sense of speed and ferocity to the proceedings that was absent in the last two Yakuza titles. Kenshiro zips around the environment with grace and throwing bad guys around just feels great. The combo system is also simple to understand with a great bit of nuance in form of upgrades.

Sadly, those upgrades are what truly open up the combat and they are locked behind a confusing mess of an upgrade screen. While it essentially echoes the same method that Yakuza 0 had, the layout of the screen is very intimidating and basic things like counters, dodge attacks and Kenshiro's iconic jump attacks are locked for a majority of the game. It wouldn't surprise me if players never even discover the counter maneuver, because even I missed it until around chapter eight. You also don't really earn a lot of XP and there are now specific orbs dedicated to each tree, which makes unlocking things even more difficult.

The main gist of the game is exploring the city of Eden in a semi open-world fashion. Much like Kamurocho from Yakuza, Eden is a very densely packed area with a ton of side activities to do. There are "substories" (basically side-quests), mini-games and even an entire wasteland section that you can drive about in. Mini-games range from a hilarious take on baseball to a ridiculous evolution of Yakuza's karaoke that is just too good to spoil. It brings a lot of levity and humor to an otherwise serious experience that exemplifies how ridiculous Fist of the North Star really is.

Much like the rest of the game, though, these side activities aren't immediately available. While I can understand some being locked away for story purposes (Kenshiro doesn't encounter the clinic until chapter six, for instance), the fact that you need to physically locate the arcade games and bring them back to Eden really sucks. I suppose that builds up the satisfaction of discovering content, but it also means you'll be making a lot of trips into the wasteland that feel like artificial padding. 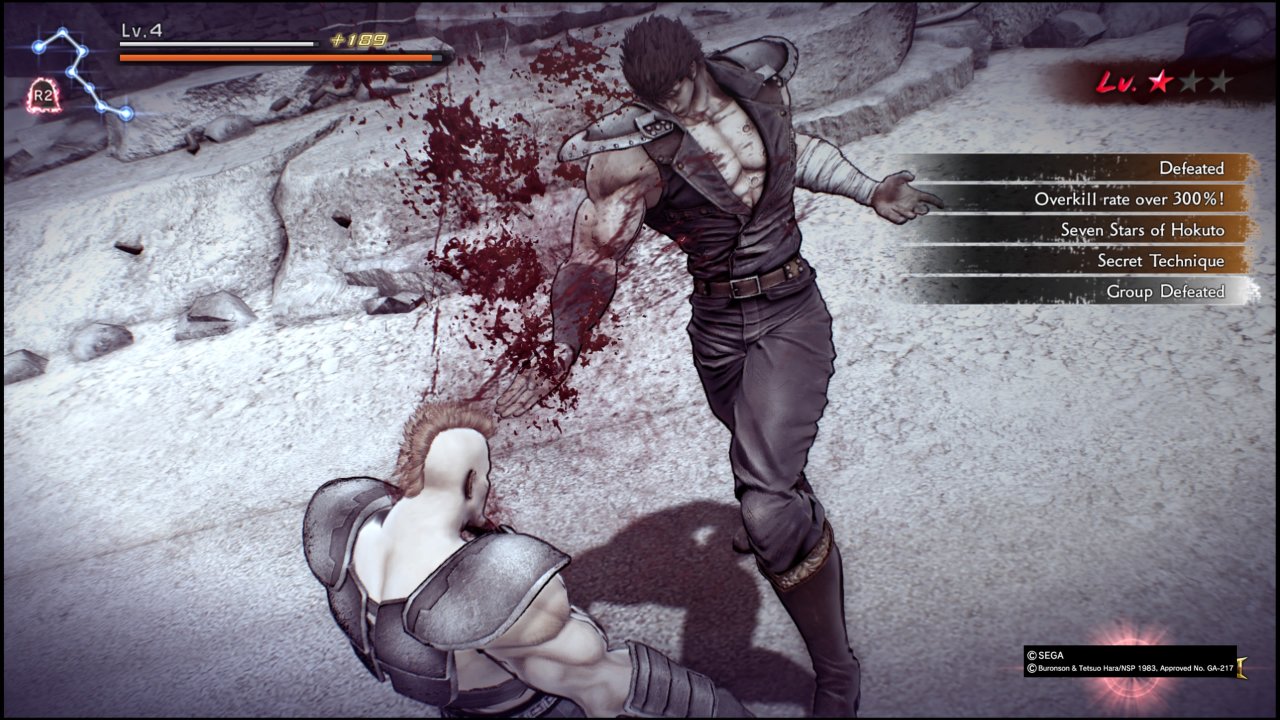 As for the wasteland, it doesn't really factor in a lot. If you're looking to just complete the main story, you'll enter this area maybe 10 times in total. You'll build a buggy with accordance to the plot and only stop to upgrade it when necessary. There is an entire racing mini-game dedicated to this, but unlocking additional tracks is convoluted and the rewards are hardly worth the effort. It also doesn't help that the actual driving mechanics feel a few generations old at this point, so it isn't likely to hold your interest for very long.

Small issues like that typify every aspect of Lost Paradise. It isn't a bad game by any stretch of imagination, but it feels far too abridged. I can dig a game that doesn't screw around and gets right to the good stuff, but even that isn't the case. Certain story segments will have Kenshiro go to a point, be told to come back at night, rest until nightfall and then be told to return again later the next day. That is completely unnecessary and isn't even used as a method of exploring his personality or the world around him.

I wanted to enjoy Lost Paradise more, but without an obsession for its source material, a lot of the title just falls flat. Kenshiro is certainly bad ass and the animations are well executed, but everything just moves far too quickly to feel like it has impact. At least it looks nice, graphically speaking, but that doesn't make up for how rushed the game comes off. A lot of little things are what brings the experience down. You're bound to have a good time if you're a fan of Yakuza or Fist of the North Star, but it's hard not to feel like more could have been done here.

Our ratings for Fist of the North Star: Lost Paradise on PlayStation 4 out of 100 (Ratings FAQ)
Presentation
80
From a visual standpoint, Lost Paradise looks pretty fetching. The game is clearly using outdated tech, but the manga-like art style lends an over-the-top character to the proceedings that looks great in motion.
Gameplay
60
Building on certain aspects of Yakuza while falling short on others, Lost Paradise has moments of pure bliss that then get muddled by overly long padding or undercooked ideas.
Single Player
65
The story will only take you around 10 hours to finish, but the side content can extend that time quite a bit. Sadly, not all of it is worth seeing or easy to digest, which makes the game feel lighter than it should.
Multiplayer
NR
None
Performance
80
Using the older Yakuza 0 engine, Lost Paradise runs at a rock solid 60 FPS on base PS4. Apart from sometimes annoying load times, there were no issues with crashes or framerate dips.
Overall
65
Lost Paradise has something to offer for fans of Yakuza and Fist of the North Star, but it never reaches the full potential of its source material. With some more time in the oven, this could have been a game for the ages. 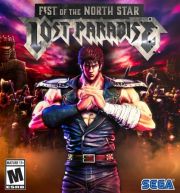