We take a new online action game for a spin

In much the same way that stores often entice buyers to make impulse purchases, the scene at the Ninjala demo station at this year’s E3 drew me in. I had heard or seen nothing of this game prior to approaching the grandiose, over-the-top demo station located right at the main entrance of the expo hall. Maybe it was the music from Babymetal, a recent favorite band of mine, blasting at the demo station, or the curious sight of reps from developer GungHo wielding pink candy-cane looking bats and handing out small toys from a giant gumball machine. Or it could have been the Splatoon-like vibe I was getting from the aesthetic and unorthodox action-shooter gameplay, as I very much enjoyed those games. Regardless of the reason, I was intrigued to find out what the deal with this game was. 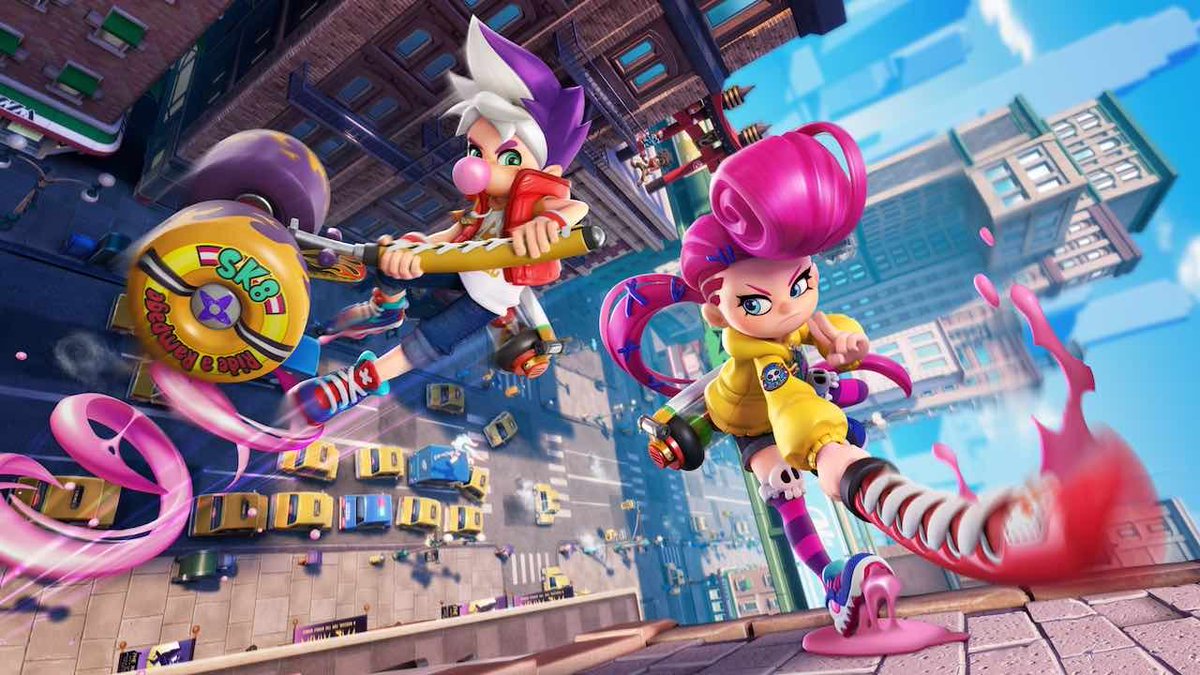 As an interesting side note, I’ve recently learned that Takeshi Arakawa, co-producer of Dissidia Final Fantasy at Square Enix, was a major part of developing this project. Though Ninjala seems about as far from an in-depth RPG as it gets, favoring mindless action with cutesy, childlike sensibilities, and button-mashing combat.

Upon getting set up, selecting from a list of Saturday morning cartoon-looking children characters, and running around an outdoor city environment, I soon realized my hunch of this being a basic Splatoon knockoff wasn’t far off. Though in reality, there’s also some Arms mixed in, as you’ve got an emphasis on close-range melee combat. You can wallop opponents in gritty one-on-one brawls with baseball bats and yo-yo’s in particular. Outside of melee, the primary gimmick of Ninjala revolves around bubblegum - yes, you read that correctly.

You utilize the versatile attributes of gum in a number of ways; you can blow bubbles and fire them off at your opponent's, for one. The size of the bubble you blow determines the level of impact when hitting your target, but it also launches at your target more slowly and of course takes longer to make. So while landing a hit with your bubble traps them in a gummy mess, which they must shake themselves out of, they can also do the same to you by striking while you’re busy blowing the bubble. More importantly, you can blow bubbles as a means to craft your blunt object, be it a bat, club, or yo-yo. The bigger you blow the bubble, the bigger and more devastating your weapon is, though it also makes you slower. 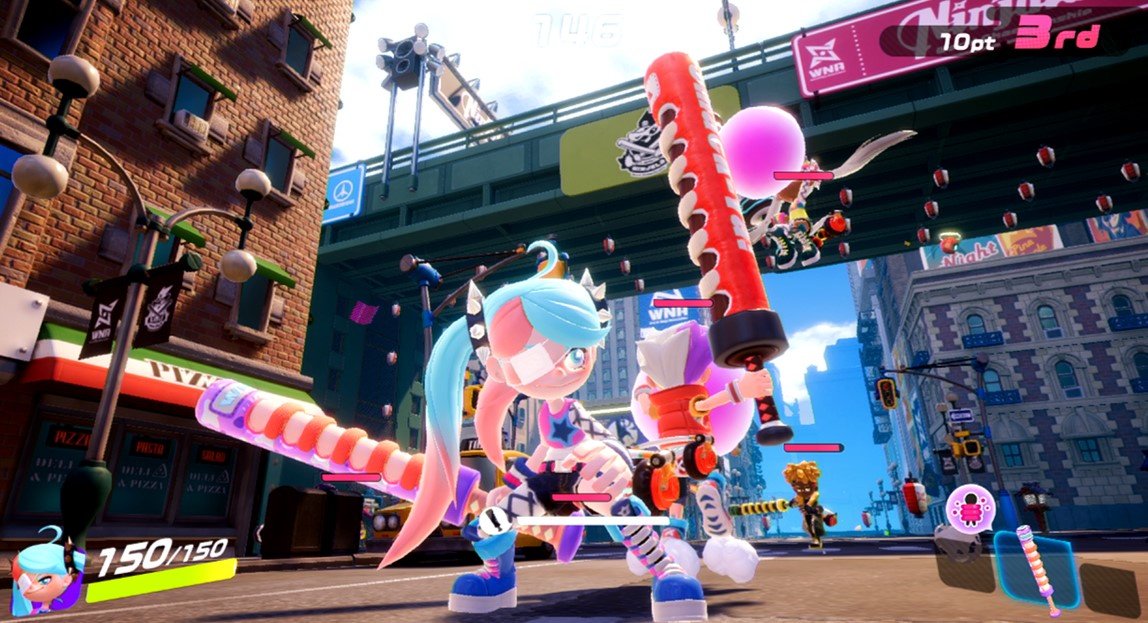 This all took on quite the strange feel, and it was somewhat of a difficult concept to train my brain to work with, despite the mostly simplistic premise. Essentially, the battles become a cat and mouse game of 2 to 8 people running around trying to both attack and retreat at opportune times while scrambling to assemble makeshift weaponry. You can also occasionally trigger a sort of special move to help give you an extra edge. In my demo, this came in the form of a gummy whirlwind move, which helped me take out a couple of nearby opponents.

The game runs on a points system, which are gained by hitting players, or by nabbing capsules scattered around the map. You can even run up walls with your bubbles to snag these items, and as an additional means of evasion and retreat. There are also occasional drones hanging out, which serve as a cheap and easy grab, but a less effective way to rake in points. In addition, you get a nice bonus for one hit kills, though these have to be fairly powerful blows, as players have a sizable HP bar.

While the controls were pretty standard and simple to get the hang of, aiming and launching bubbles at moving targets proved deceptively tricky. I think I only landed a couple of ranged bubble hits, while mostly I found myself having to run over to occupied or encumbered players and whack them barbarically with my bat. Meanwhile I was getting knocked around plenty myself, which soon bumped me out of first place with the downer of a message blurb “no longer best.” 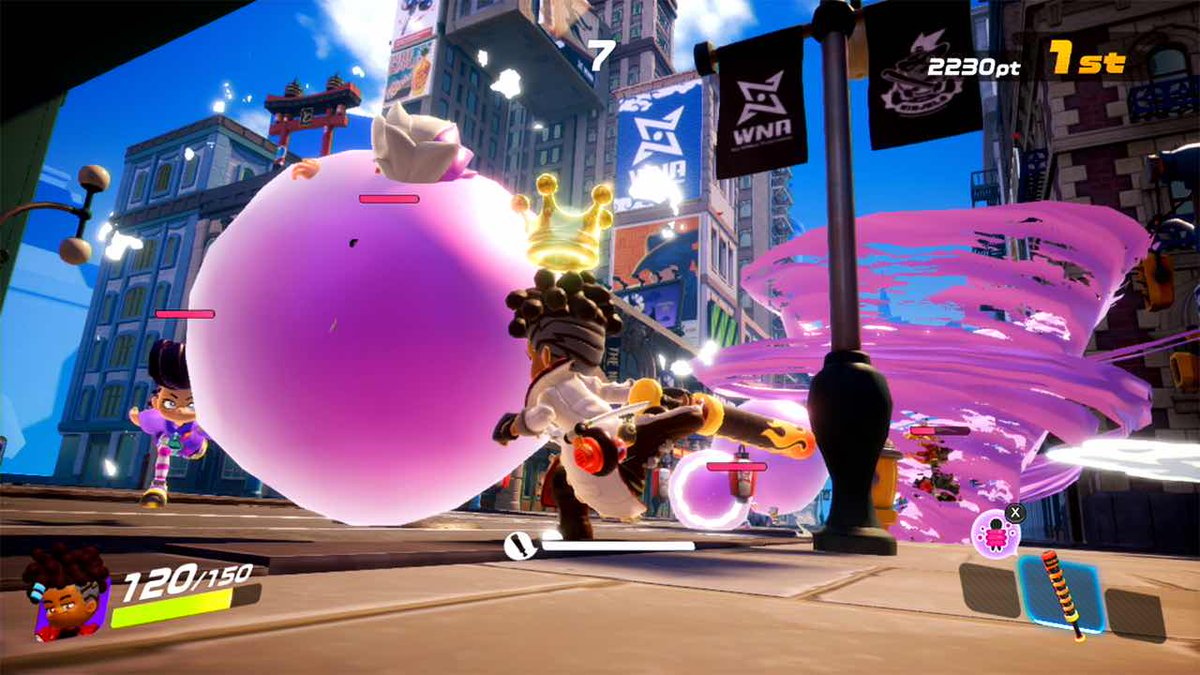 Weirdness aside, I found I had a pretty fun time playing around with my gigantic wads of bubblegum and baseball bats. The gameplay has a chaotic, action-packed element to it and is laced with a wacky concept and lighthearted aesthetic. I certainly have my doubts as to whether or not this game can be the next Splatoon or Arms, with its somewhat shallow gameplay and strange mechanics. Still, it could have the potential to be a brief distraction, and an alternative multiplayer experience to the Mario Party and Smash Bros of the world. The fun, colorful themes and undiluted basic, gameplay certainly fit with Nintendo’s pedigree, and could make for a sleeper hit. 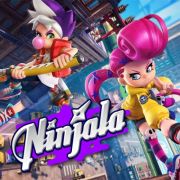