Major League Baseball is back on PC, and it is better than ever

The state of sports titles on PC has seen much trouble in recent years. In late 2000s, EA Sports was the only choice for users who wanted to play sports titles on their PC. However as the consoles grew in popularity, EA has made the decision to develop their new “next-gen” sports titles for consoles only and to continue keeping the PC users on the back seat, offering the PS2 port of their sports games. This caused much outrage among very active sports communities on PC, who were not only dedicated players but also diligent modders, always keeping their games current and constantly adding value to the gameplay. But, it was only a matter of time with declining interest in the genre that EA Sports decided to cancel most of their lineup on PC or revamp it into browser-based arcade games. But finally, another company has entered the market in 2008. On October 20, 2008, 2K Sports released their first PC game, NBA 2K9. The sports gamers, who may not have even liked basketball, realized how great sports titles can be when they are ported from next generation consoles. As such, the game did well on the platform and warranted last year’s title NBA 2k10 to also appear on PC. Alas, 2K Sports did not want to stop there and have ported their Major League Baseball series to the platform as well. And while MLB 2k10 may not be the greatest sports game ever, it is definitely worth picking up if you enjoy sports games on your PC. 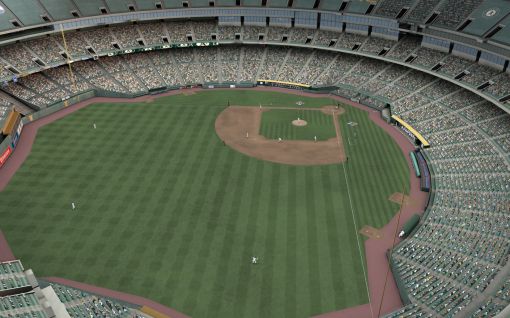 Take me out to the ball game

The game has all the same features and plays exactly as the 360/PS3 counterparts, which is again a very respectable gesture from 2K Sports, who could have just as easily ported the PS2 version of the game. This time around, Tampa Bay Rays third baseman Evan Longoria is the cover athlete. After rather negative fan feedback from last year’s title, the game engine has seen a major overhaul in everything from pitching to base running. The result is a solid title that plays well and offers tons of authenticity. As any modern sports title, the game offers a wide variety of online and offline modes of variable depth. Last year’s feature “Live Rosters” has been updated further, becoming “MLB Today”. The game checks your game’s rosters and content for online updates and brings updates and corrections so that you may play with the latest real life rosters and player conditions. Every time you start the game (and you have set the game to remember your online login), the MLB Today feature presents the player with the current or upcoming games, letting you quickly jump in and play through a real upcoming fixture.
Likely the biggest new game mode to the series this year is the My Player mode. This mode lets the players create a version of themselves with full visual customization, and try and make it to the big leagues. Players begin their career on a selected or random team in the minors, and play games via a single perspective. When you are in the dugout, the game presents a statistical screen, keeping you updated with the game’s progress but not forcing you to watch the long innings until it is your time to step up to the plate. Players can also just choose to skip to the next time they get to play, whether it’s at bat or in outfield. When you are batting, the gameplay is the same as any other game mode. There are also bonus goals presented to the player, such as hitting a home run or not striking out, which awards extra experience points. Once you’re on base, you continue controlling your virtual player from a single third person perspective, giving you freedom to decide what action to take at each base. When your team is in the outfield, you do not play through the whole half of the inning – instead, players only get control of their player when there is an event in your relevant coverage area. So if you are a left fielder, the game lets you play during the few times when a ball is hit in your general direction.
123Next 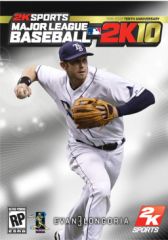