In space, no one can hear you yawn

The deep, dark majesty of space has been a mystery to us for as long as our civilization has existed. Even as technology drives our exploration forward, the final frontier remains an elusive subject. One question has always been asked, though: what would we do if we discovered an alien species? That’s the basic set-up behind The Station, a sci-fi mystery from the team over at the studio of the same name. While the first meeting between human and extraterrestrial is a fascinating event, your trip to The Espial Space Station is due to a different, but also distressing, event. 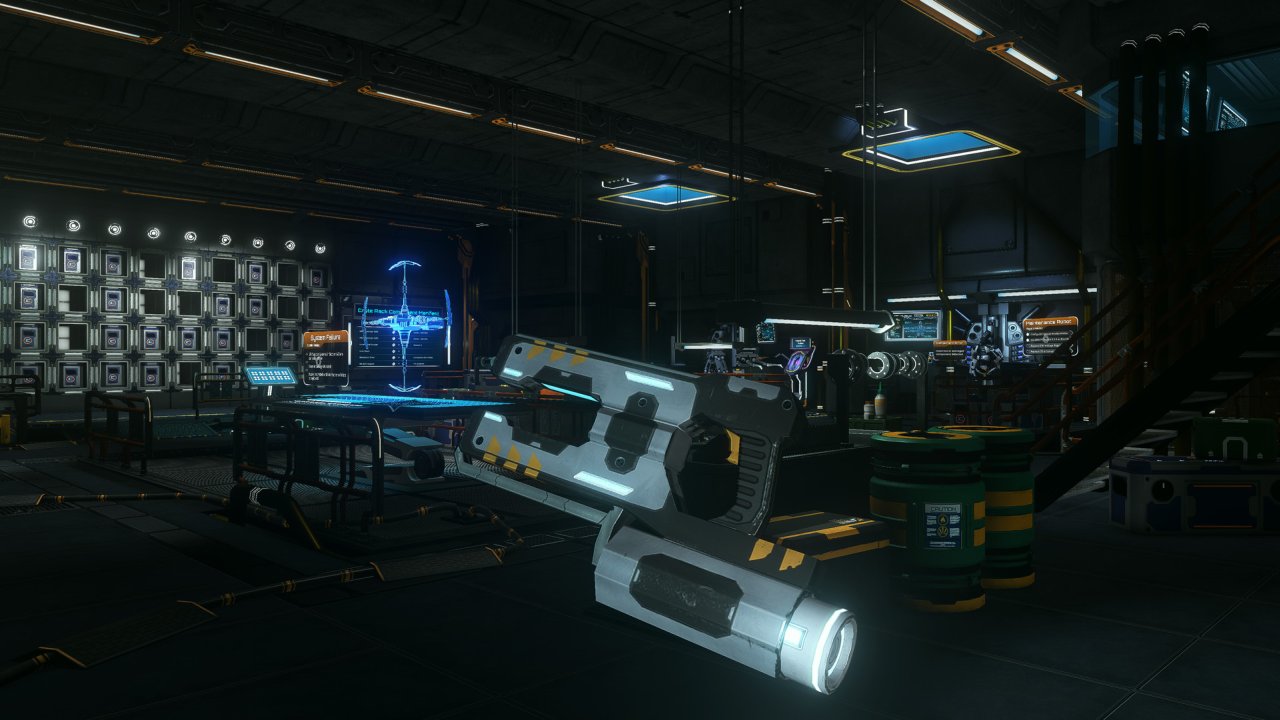 In the far-off future, we have finally discovered another habitable planet. The code-named Planet Psy Prime not only has the atmosphere necessary to support life, but is also already housing another species. However, during our attempt to plot a mission to research the planet, a massive civil war has broken out upon the alien world. While some would prefer it if we waited until the war wrapped up, the World Senate ultimately approved the mission to gather data on the planet. A small three member crew (Mila Lexa, Silas Haze and Aiden Vyze) was put together to travel on The Espial for this endeavor. While things were going well at the start, the ship has mysteriously dropped communications with home base. With no other way of reaching them, you have been sent to the ship in order to find out what happened.

If you’ve played or watched any other piece of entertainment with a similar set-up, you can probably figure out where The Station is going. I’m not going to spoil anything, but I was not shocked by what ultimately happened with the crew. My issue with the story is not how unsurprising it is, but rather that I never got emotionally invested. Unlike Tacoma, which has a similar set-up, I didn’t feel any sort of connection with the crew here. You get some details on them, such as interoffice relationships and monetary issues, but none of the three are fleshed out enough. That’s a killer because that emotional bond is needed to drive the plot forward, as the other details of the game, such as the alien investigation, also aren’t developed enough to make the story memorable. It’s almost comically boring at times, as you walk through the ship hoping for something, anything to grab your attention.

The plot could have used some punching up, and considering the brief length of the game, it’s weird to see how it wasn’t. If you don’t take your time like I did, you could run through the game in less than an hour. It took me around three, and that was because I was trying to squeeze as much plot from the proceedings as I could, specifically looking for every AR point. These walking simulator type games live and die by their plot, and in this case, there just simply isn’t enough here. Even the twist at the end, which comes straight out of The Twilight Zone, isn’t enough to turn things around. It lands with a thud, as the plot leading up to it wasn’t strong enough to give the twist have the impact it needed. More time either depicting the first encounter or the personality of the team would have done wonders for The Station. 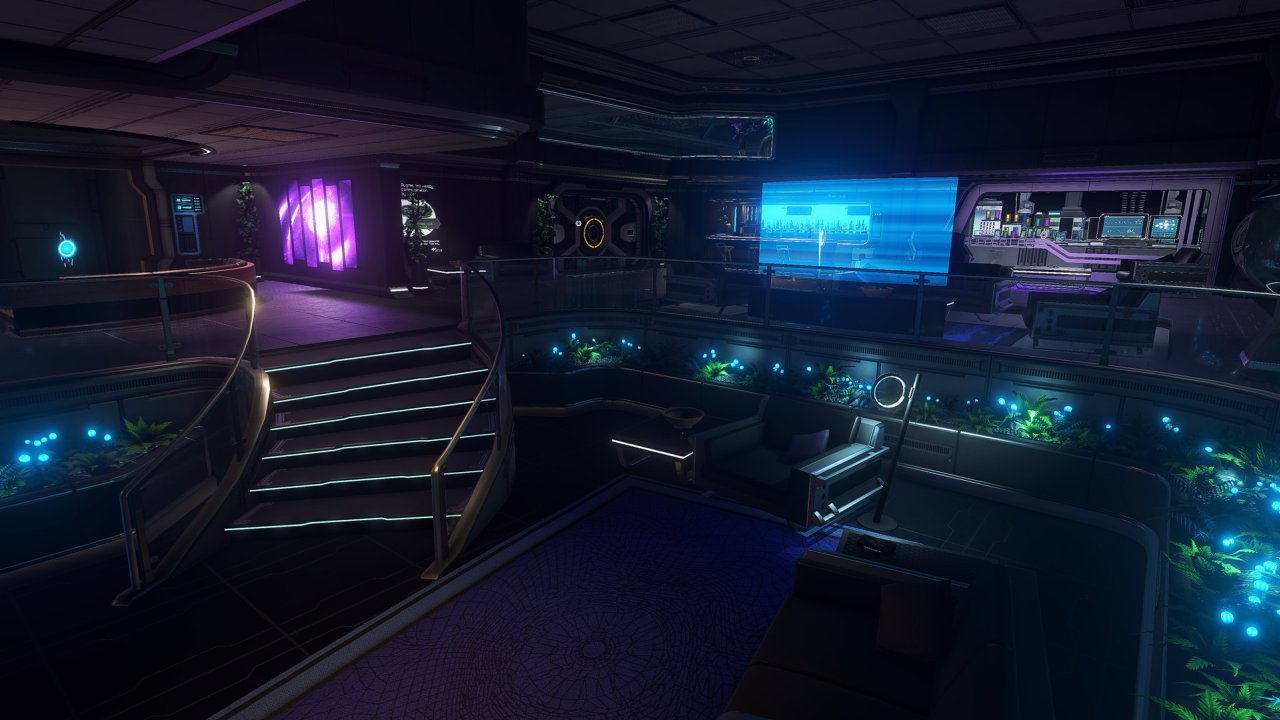 Despite what you may gleam from the trailers, The Station is not a survival horror game. Sure, there’s a constantly tense feeling in the air, and a couple of jarring moments, but this is no Alien. Rather, as I compared before, the game is much more in line with Fullbright’s Tacoma. The Espial is a highly advanced station, but the disappearance of the crew has left it in rough shape. In order for you to fully figure out what happened to the team, you’ll need to access the entirety of the ship. This can be done through either collecting the wristbands of each crew member, or by reactivating power in different areas. Achieving either of these things will require you to do some light puzzle solving.

I’m split on how I feel about the puzzles of the game. On the one hand, I appreciated that all of them are solved using context clues in the world around you. Everything you need is within looking distance, you just need to figure out how to put it all together. On the other hand, the puzzles don’t really make sense for how advanced The Espial supposedly is. Why am I constantly looking around for diagrams that should be on the computer I’m using? It seems like a clumsy, inefficient way for running a ship, but what do I know? Like I said, the design of the puzzles is interesting and well-implemented, but I wish they made more sense in the grand scheme of the game itself.

The Station looks decent enough, but it’s evident that a small team was working on it. The main corridors of the ship are all very similar, and most of the rooms lack defining detail. The most attention was paid to the rooms for each individual crew member, but some additional details could have made each of them actually feel like three dimensional characters. Another unfortunate graphical issue is that you don’t actually see the hands or body of your character. Every time you pick up an object, it kind of just floats in your face, like you are using your mind to manipulate it. This probably won’t bother everyone, but it just screams cheap to me. 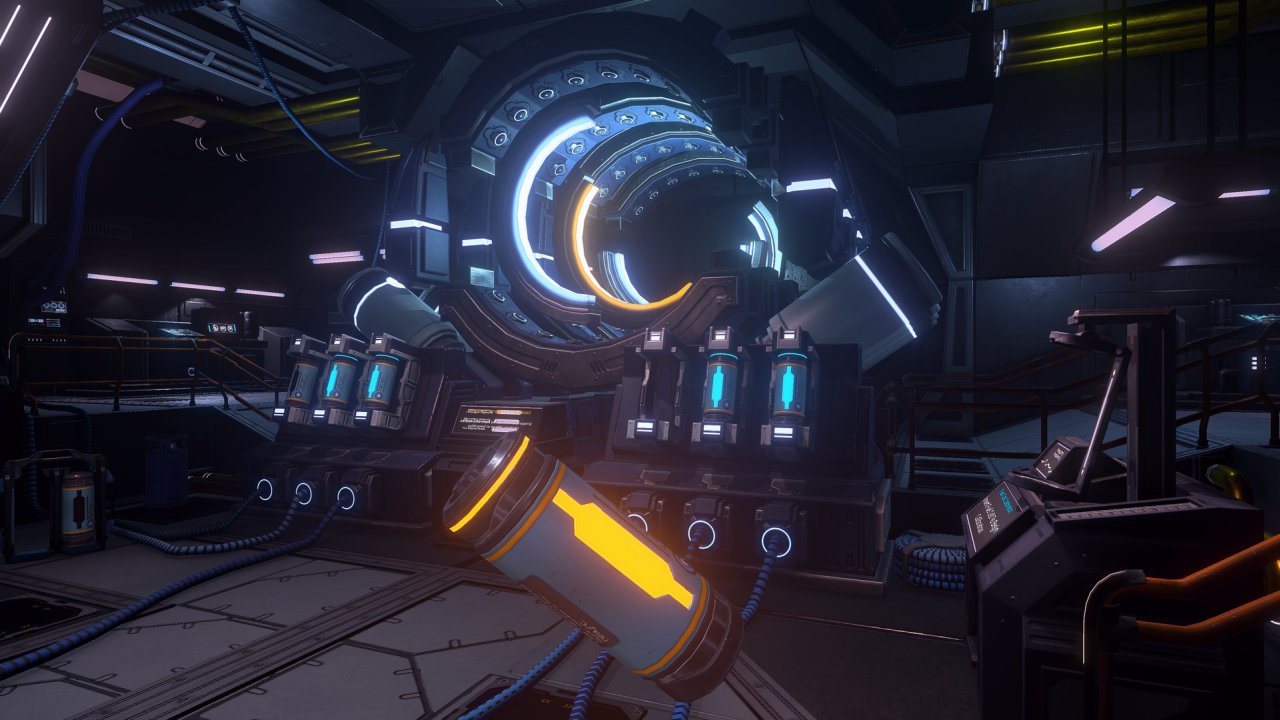 For as bland as the game can look at times, I was surprised at how rough the performance is on the PlayStation 4. The frame rate is constantly dropping, even when there is nothing exciting happening on-screen. You could just be walking by some crates, when all of sudden everything slows to a halt. In fact, the few exciting bits of the game run better than the walking around sections, which is certainly strange. The load times are also a little longer than I would have appreciated, particularly when it comes to loading and saving your game. I understand, again, that a small team was responsible for this, but issues like these two should have been hammered out prior to release.

With its moody trailers and interesting premise, I wanted to like what The Station was offering. After running through the game twice, though, I just can’t recommend this sci-fi mystery. There’s simply just not enough content here to make boarding The Espial worth it. The plot lacks depth, both in character development and theme, and the gameplay is too simplistic to make up for it. It’s an interesting idea, but without the proper build-up, it falls flat in the end.

Our ratings for The Station on PlayStation 4 out of 100 (Ratings FAQ)
Presentation
55
Although not terrible to look at, The Station is a little too bland for how interesting it could look. The sparse soundtrack sets the eerie mood the game is going for, but the voice acting oscillates between actively bad and simply bland.
Gameplay
58
As a walking simulator, gameplay was never going to be a strong suit for The Station. What’s here is competent enough, and the puzzles make use of the environment in clever ways. I just wish there was just more to do, whether it was more puzzles or something else.
Single Player
40
How you feel about the story probably depends on how much the end-game twist works for you. I thought it was fine enough, but lacks the proper build-up needed for it to have an impact. The crew is not fleshed out enough to care about, and the interesting threads about first contact and whether or not the actions of The Espial are ethical or not aren’t developed enough to leave an impression.
Multiplayer
NR
Performance
38
Longish load times and sluggish performance make The Station a struggle to deal with at times. For as limited as the action in the game is, these problems shouldn’t be as prominent as they are.
Overall
46
The Station lacks the storytelling it needed in order to justify playing it. The lack of gameplay could have been overlooked if the story was up to snuff, but it just simply isn't. What results is a short, boring experience that will only satisfy the most desperate of sci-fi fans.

All videos for The Station (1)
Advertisement ▼