PLANET OF THE EYES
Platform: Xbox One
50
SummaryNewsArticlesVideoScreens

Planet of the Eyes Review

A brief adventure to a mysterious world

In order to stand out in today’s crowded platformer landscape, you need to have some defining feature. Whether it be a unique gameplay hook or an extreme sense of style, a new game needs something in order to separate it from the pack. It’s simply not enough to just be competent anymore. I knew little about Planet of the Eyes prior to playing it, but the eerie mood the release trailer had featured enough intrigue to make me take a chance on it. 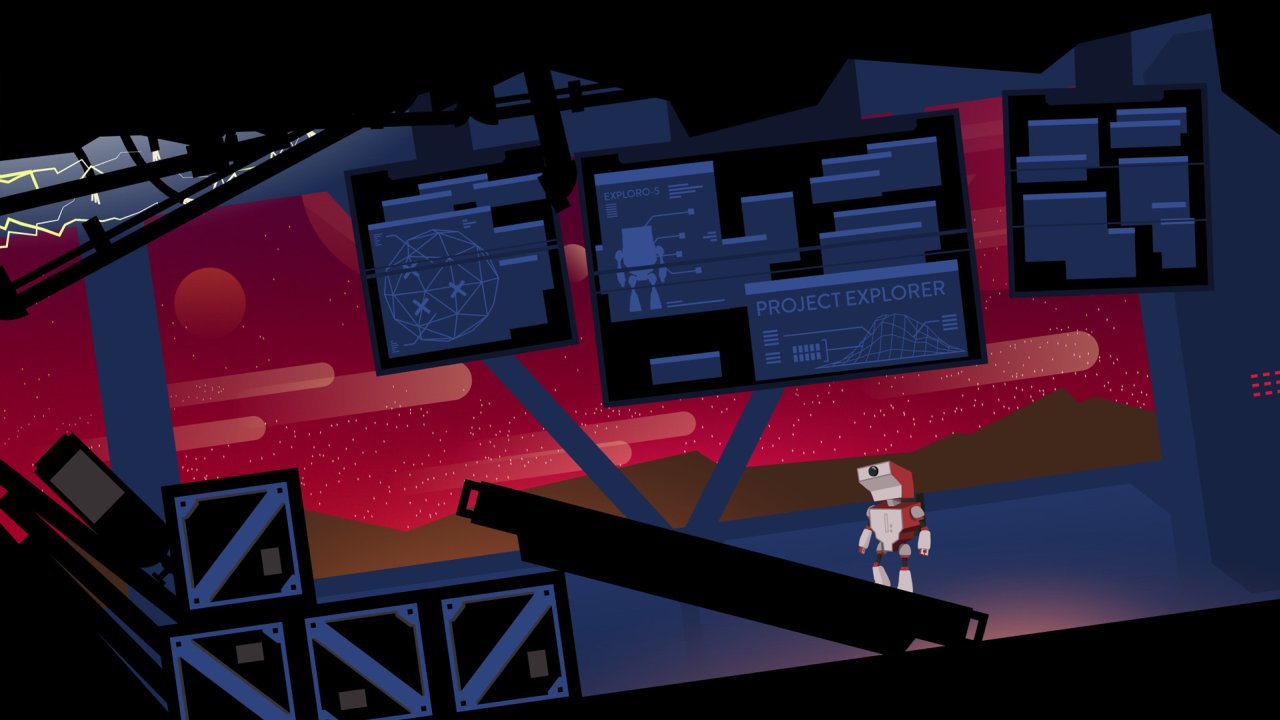 Developed by Cococucumber, Planet of the Eyes sees our robotic protagonist crash land on a mysterious planet. Considering your craft has been destroyed in the wreck, all you can do is march forward to the cryptic signal the planet is broadcasting. Thankfully, your creator, who was also on the ship, has left a series of tape recordings that not only point you in the right direction, but also provide some background on where you are. As it turns out, crash landing on this planet was not the accident it originally appeared to be.

Although not particularly developed, the loose narrative of the game was engaging enough to drive me forward. The relationship between creator and creation is handled well, and the tapes do a good job of depicting the fondness between the two. And while the plot twist that occurs near the end of game isn’t set-up that well, I still thought it was a neat twist that I didn’t see coming. It provides a solid conclusion to a story that didn’t really seem like it was ever going to amount to anything meaningful.

Like most modern platformers, Planet of the Eyes is built around some rudimentary puzzle solving and tricky jumping sections. Your android is not the most agile creation, so the speed at which it moves and height it can jump are severely limited. As such, you’ll have to rely on crumbling columns and bouncy mushrooms in order to continue onward. Later sections of the game introduce other obstacles such as rivers of lava and giant bugs. 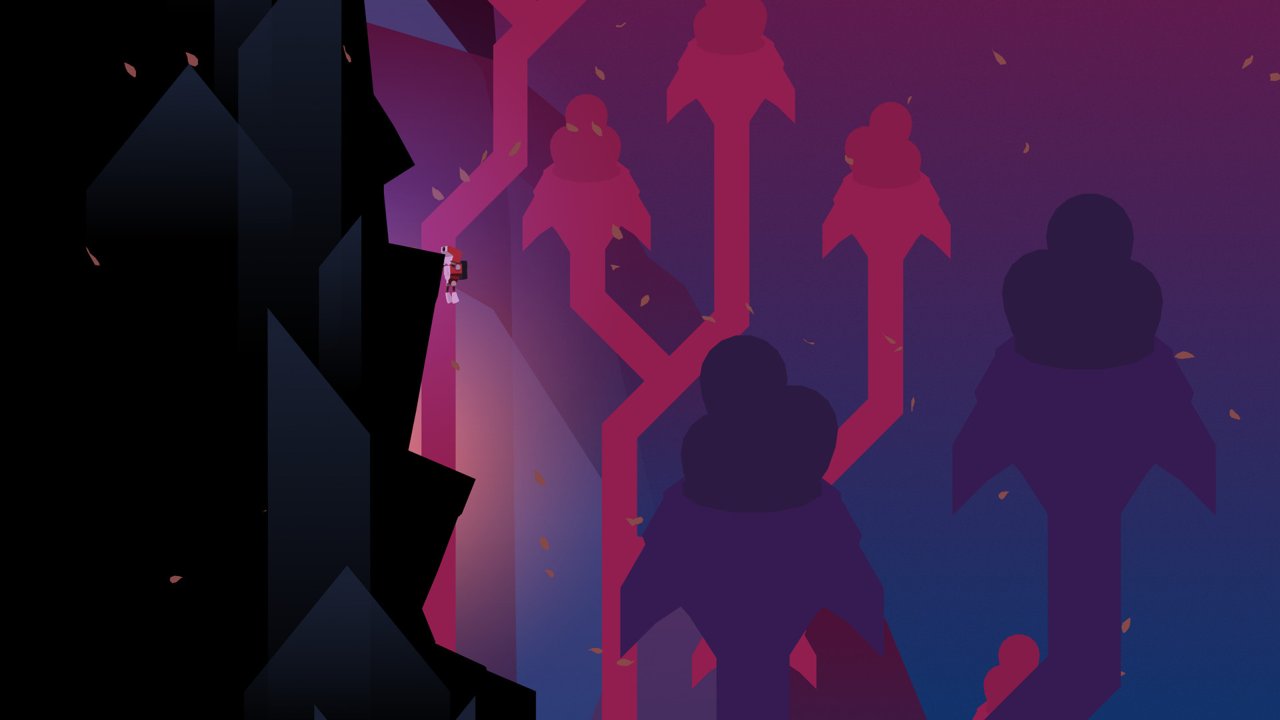 The biggest issue the platforming sections of the game face comes not from how they are designed, but rather from how the game controls. I don’t mind that the robot has a limited skillset. If anything, I welcome it, as it could have led to some more interesting level design. But the controls just feel really mushy, and even slightly unresponsive. This makes the few tricky sections the title throws at you more frustrating than they should be. Knowing what you have to do in order to proceed, only for this little bot to do the slowest jump possible and botch it, quickly grates on the nerves.

The puzzles aren’t particularly challenging, but Cococucumber does a good job of mixing things up. One early puzzle has you collect a gaggle of lightning bugs in order to distract a giant creature, while a later one has you using laser beams to trigger a pair of switches that will allow you to cross a room unharmed. Again, none of the puzzles Planet of the Eyes offers are that difficult, but they are a nice change of pace from the more annoying portions of the game.

There’s also a question of value in regards to Planet of the Eyes. At most, the game will take you around two hours to complete, and I feel like that’s pushing it. It took me a little over an hour and a half, and that’s with getting some extra achievements. That’s a startlingly short length, even for a genre that doesn’t tend to run long. I normally prefer my games to feature a little more meat, and I do feel that the world of the game could have been fleshed out just a little bit more. If there’s one benefit to the truncated length is that the pacing is solid throughout. There are no down parts to it, and it’s always pushing you forward in a way that feels engaging. 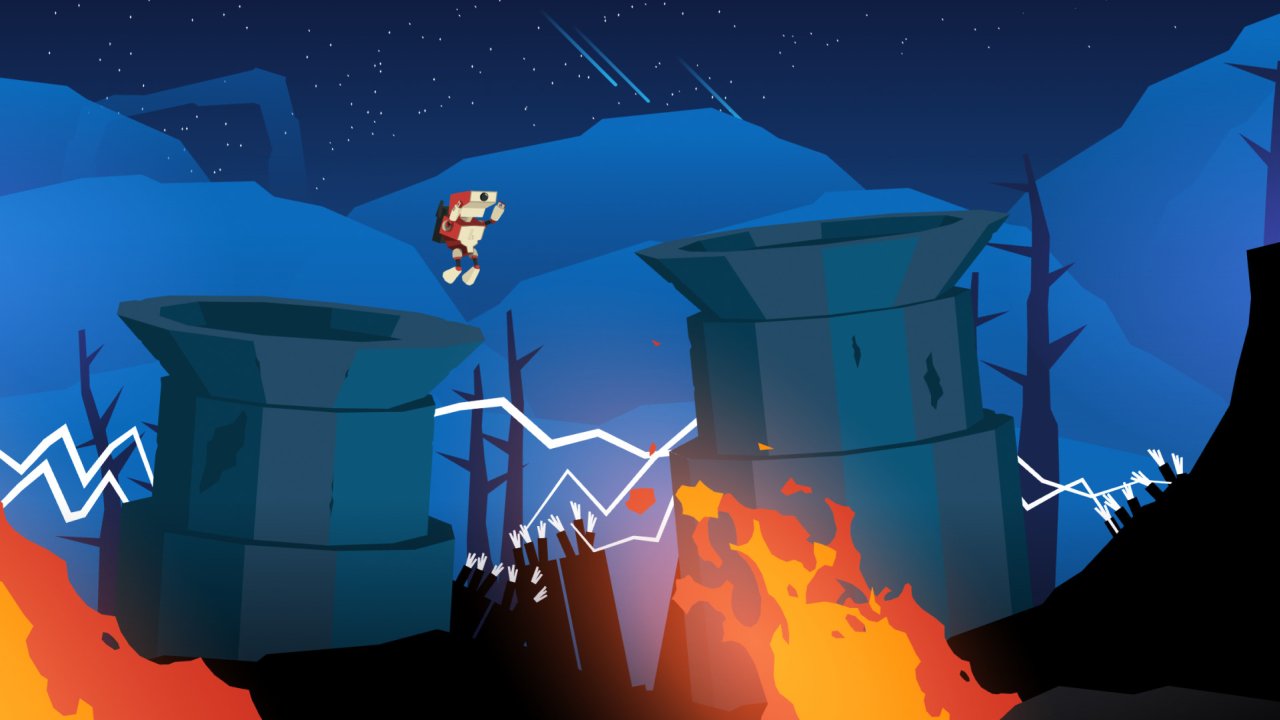 While the gameplay may not be top level, I do think the look of the game is above average. The mysterious feel of the trailers carries over to the full game, and this makes exploring the planet worth it. Whether it’s the gaggle of eyes looking at you from a distance, or the foreign machinery found later on, there are constantly sights worth taking in. I also think the game does a really solid job of using contrasting colors. Bright reds and yellows play well against the black and blue shadows that are routinely seen on screen. It’s very minimalist, but it works for the vibe that the developers are trying to create.

Likewise, the sound design helps push the cryptic mood of the game. The John Black scored soundtrack is sparse, and can sometimes fade into the ambient noise the world produces. But, again, that works well for the game. It sounds alien and strange, much like the planet you are currently stuck on. I do want to give a shout out to the actor who provides the voice for the robot’s creator. I’m not sure of who is doing the voice acting, but it’s a great performance. He does a great job of depicting this man’s fear for both himself and his creation on this desolate world. As the only voicing the game features, it’s a particular highlight.

Planet of the Eyes is a classic case of style over substance. The eerie mood crafted by Cococucumber is the main driving point of the game, and it doesn’t disappoint. The story is just engaging enough, while the visual and sound design of the game are well done. However, the gameplay just can’t quite measure up. The controls are slow and clumsy, and the campaign is simply too short. In the crowded platformer genre, you simply need to have more in order to stand out. Unless you’re really desperate for a way to kill two hours, you can find better elsewhere.

Our ratings for Planet of the Eyes on Xbox One out of 100 (Ratings FAQ)
Presentation
70
While it may not be the most impressive looking game out there, Planet of the Eyes has a unique style. Its eerie color palette and interesting world design give this game life.
Gameplay
40
Planet of the Eyes offers nothing you haven’t seen done before. Unfortunately, even the basic gameplay of the title is marred by clumsy controls.
Single Player
50
The storyline is a little sparse, but there’s enough here to make the game worth playing through. It’s unfortunate that the campaign can be completed in less than two hours, though.
Multiplayer
NR
None
Performance
85
Planet of the Eyes is fine from a technical standpoint, and I encountered no noticeable bugs or glitches.
Overall
50
Planet of the Eyes is a thoroughly average platformer that needed more in order to stand out. The mood of the game crafted by Cococucumber is solid, but the gameplay just doesn’t measure up to even the most basic platformers out there. There’s just not enough here to make the game worth recommending.

Planet of the Eyes 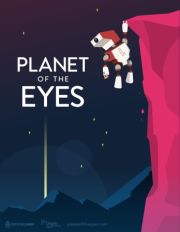 All videos for Planet of the Eyes (1)
Advertisement ▼