A nice looking adventure devoid of interesting things to do

There isn’t anything truly bad about Yonder: The Cloud Catcher Chronicles - I know that sounds like faint praise, but I wanted to get that out of the way right up front. Overall, this game totally works. The rookie effort from the Australian indie team Prideful Sloth is well built and crafted to make good use of exploration, collection, and economic mechanics. The core of this game is totally solid. Yet, the whole experience feels empty and vapid. Mechanics that are relegated as side adventures in games like Skyrim, The Witcher 3, and Dragon Age: Inquisition are dragged front and center in Yonder, and while those mechanics are good, they never become interesting in their own right. Sometimes that’s alright, not every game needs to deep and meaningful. However, Prideful Sloth’s game doesn’t feel like it’s a candy bar or slice of chocolate cake - bad for you, but delicious in the moment. No, this game is like cake without frosting or toast without butter - devoid of an ingredient to make it worth indulging in. 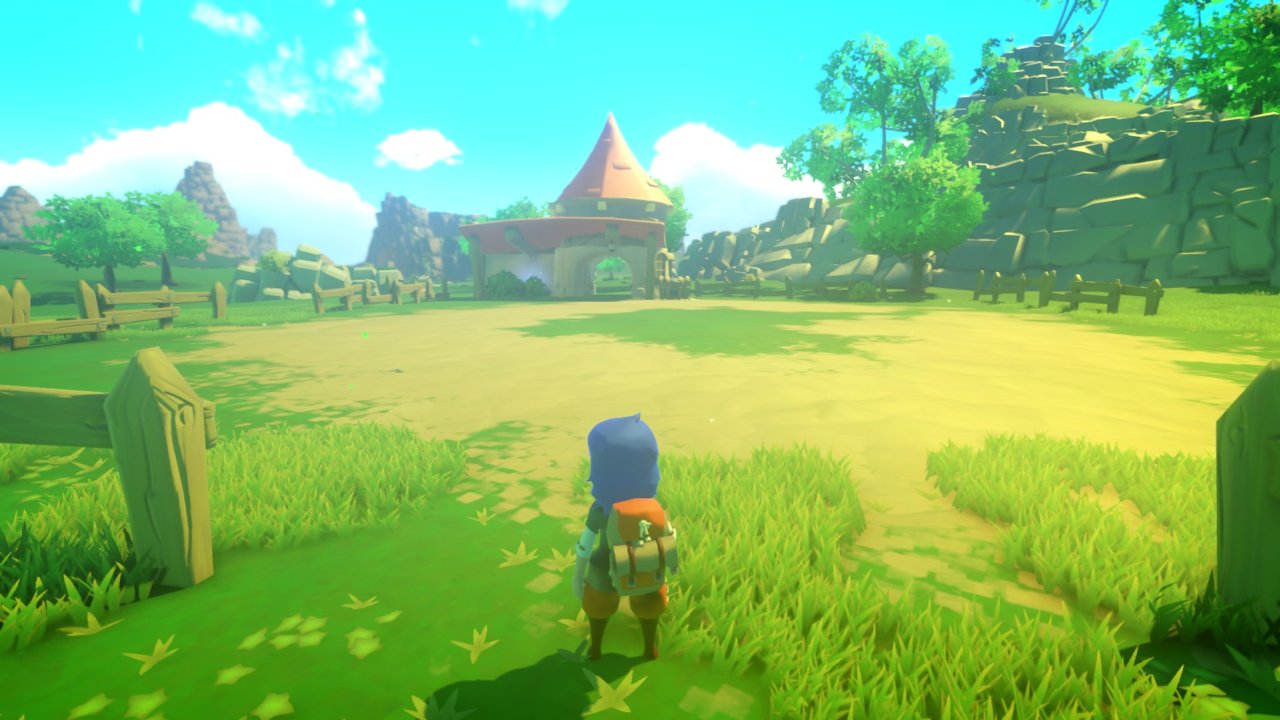 You begin the game sailing to your home - the island kingdom of Gemea, of which you are the ruler. A cataclysmic event years ago caused the kingdom to fall into ruin, and now you’ve come to set things right and assume your place as king.

Wow, as I type that out, I can’t help but draw parallels to another open-world exploration game this year where a hero returns after many years to save a fantasy kingdom. Yeah, Yonder might have quite a bit in common with The Legend of Zelda: Breath of the Wild. And while I gave Breath of the Wild some grief for its poorly paced narrative, it’s heads and tales above Yonder - which forgets to actually have a plot. After the game establishes your return to Gemea, you repair a dock, then are sent on a macguffin hunt, and suddenly you find yourself within spitting distance of the ending. During that time no characters are established and there’s little time to invest in any particular aspects of the world. There are no arcs, no plot points, and hardly any conflict.

If you were to b-line your way through the story, you could probably finish Yonder in about an hour; you’d totally be missing the whole point of the game, but you could do it. It might be a little difficult to reach certain areas, but it is possible to just rush through the experience at break neck speed, declare you’ve seen it all and walk away. But Yonder subtly encourages you to stop and smell the roses. Through this, the game expands out into a 8-10 hour affair.

The island of Gemea is littered with little quests for you to discover and fulfill. Keeping in line with the Breath of the Wild similarities, Prideful Sloth never dumps a series of question marks on your screen, instead they encourage you to wander around discovering landmarks, quests, and villages naturally. This exploration is the heart of Yonder and is the game’s greatest strength. As you stroll the grasslands, the jungle forests, the deserts, and windy mountains, the game’s mellow score lightly drifts in and out. The day and night cycles roll by, showing off the beautiful sky with enchanting sunsets and mesmerizing constellations. It’s a peaceful and relaxing journey, until you realize you’re taking the long way to your next objective. 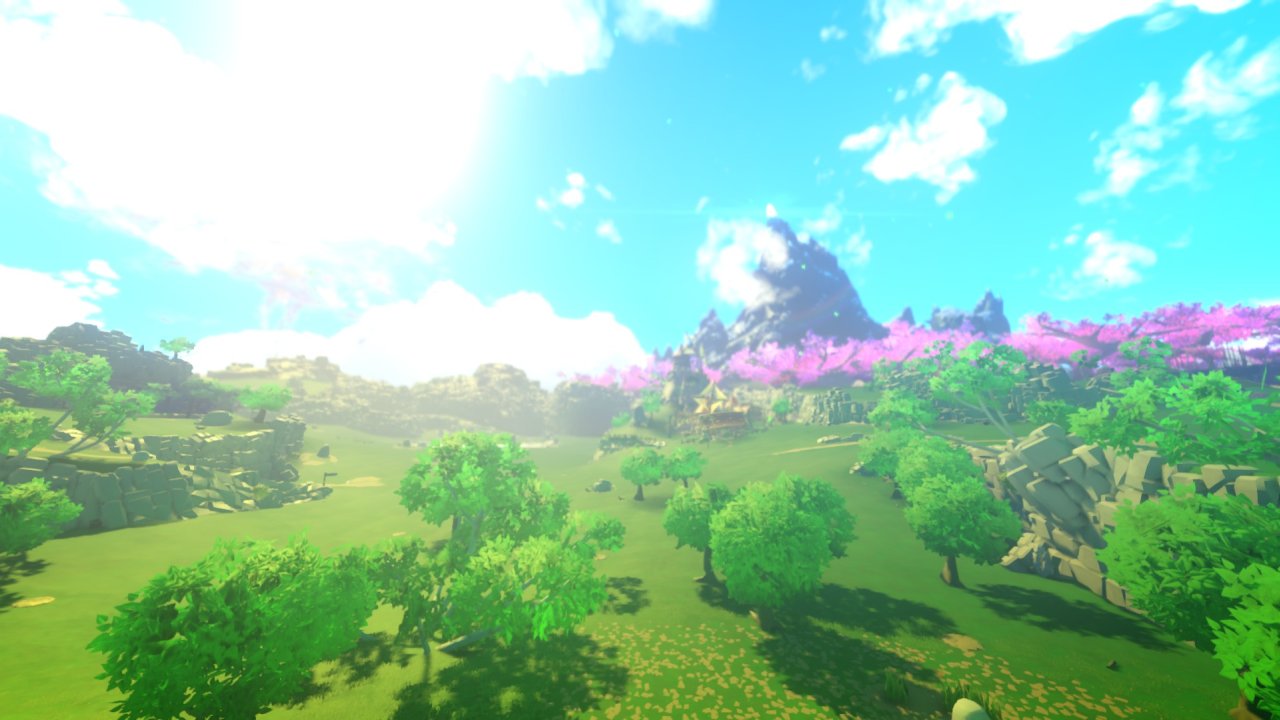 That’s kind of the problem - efficiency is the name of the game. Once you get past Yonder’s arresting scenery and zen-like relaxation, you’re left with the busy-work mechanics of an open-world RPG. Nearly every quest in Yonder is solved by getting a certain number of an item and giving those items to a quest giver. To be fair, Prideful Sloth are smart enough to constantly be changing up the context of the structure in order to hide the simplistic nature of the game, but the point remains the same. You gather five sticks to give to someone to build your farm, you find a vine to attract an animal so it will return to its master, you find ten stones that you can turn into a pillar that you need to build a bridge - this is the shtick that Yonder lives and dies by. And it’s impressive just how much mileage they get out of the gameplay. It’s easy to see how a worse developer could have made Yonder feel like a cheap, free-to-play mobile game, but I didn’t notice the repetitive nature of the quests until about five hours in. Even then, Gemea is such a joy to traverse, the fact that you’re just a glorified delivery boy/girl isn’t so bad.

However, it doesn’t all tie together quite so nicely. There are times when the sleek design and well-made core mechanics fall apart. One issue is with the game’s economy. It’s clear that a lot of quests were designed to prod you to craft items, hoping that exploration for materials would continue to push players back out into the world, but that often isn’t the case.

The problem is that finding certain items can be a real pain point and merchants often offer products for cheap. So instead of scouring the world for the eight ingredients needed to make a raincoat, some of which aren’t even available to you, or force you to double back to towns halfway across the map, players are more likely to just buy said raincoat. This actually employs one of the more interesting aspects of Yonder, which is that there is no currency. Certain merchants will sell or exclusively trade in the “Old Kingdom” coins, but most will only trade for your other goods. It’s an interesting little tweak to the economy and forces you to always keep some valuable goods on hand. It also means that you can’t just trade away a mass amount of goods for a giant payday.

That being said, the merchants can still be annoying. When you’re trying to get a large amount of materials, they will sometimes not sell you everything you need, meaning you’ll have to waste a day and come back in order for them to restock. And sure, some of those materials can just be collected out in the world, but some things can’t be sold or crafted - at least, not until you reach a certain level with a guild. 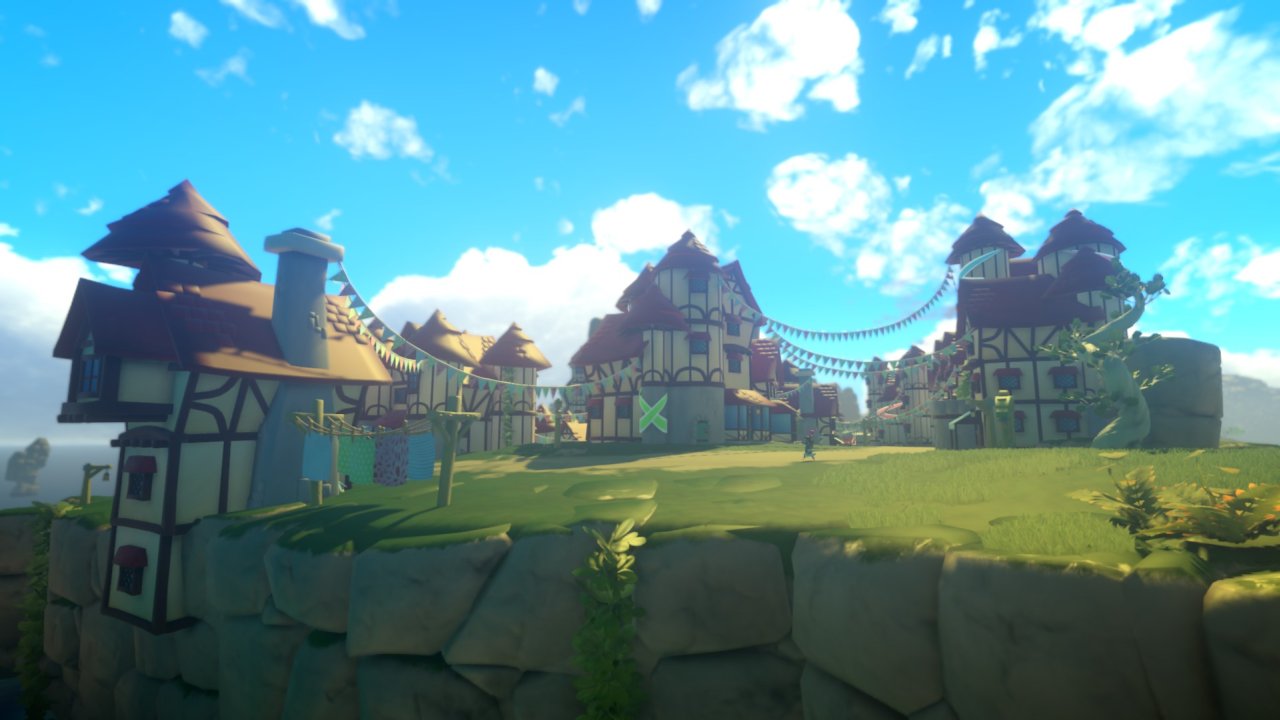 This all might be a little confusing. You are supposed to craft things, except it’s a pain to do so, until you have to, and then you might not be able to - yeah, it’s kind of a mess and that’s the problem. You can make your own dyes and shampoos, but I never had the ability to make mortar when I needed it. I could always find the materials to build a bridge, but making clothes was a nightmare. The inconsistencies eventually left me to just ignore certain quests - which is a problem because, like I said, there isn’t much more to Yonder than these tasks.

The biggest issue in the game are the farms. First, it doesn’t really make sense why you should be investing in these farms from a narrative or mechanic perspective. They cost relatively little to build or maintain, but that means that they never really require your attention. They can be a way to accrue valuables for trading, but I never upgraded my farm after the tutorial and was still swimming in goods the entirety of the game. Even if you had to use the farms, there’s no real mechanism to do so. There’s no crops to tend, no maintenance you can perform; they are meant to be left alone. Their only real value is a place to store your stuff, so instead of a home base for you to relax and connect with, you end up constantly popping into the farm, like the world’s worst middle manager, stopping in to collect profits before leaving for another long weekend.

The game certainly has its charms. The tiny, giant-headed characters are cute, looking much like the in-game character models from Bravely Default and the whimsical aesthetic of Gemea works. But much like the core gameplay and narrative, there isn’t much depth to it. Occasionally you see the art cut loose and do something really cool, like the constellations at night, but mostly there’s nothing that really stands out about the art design.

I also ran into some technical issues with the game. The most annoying feature was a bug that kept me from getting the three sunglasses needed to unlock a shrine. In fact quests that involved clothing felt buggy overall - sometimes quest-givers would take the clothes required to complete the quest from me and other times they wouldn’t. There were also frame rate issues that popped up later in the adventure - the gameplay is relaxed enough that this never makes the game unplayable, but it’s annoying. 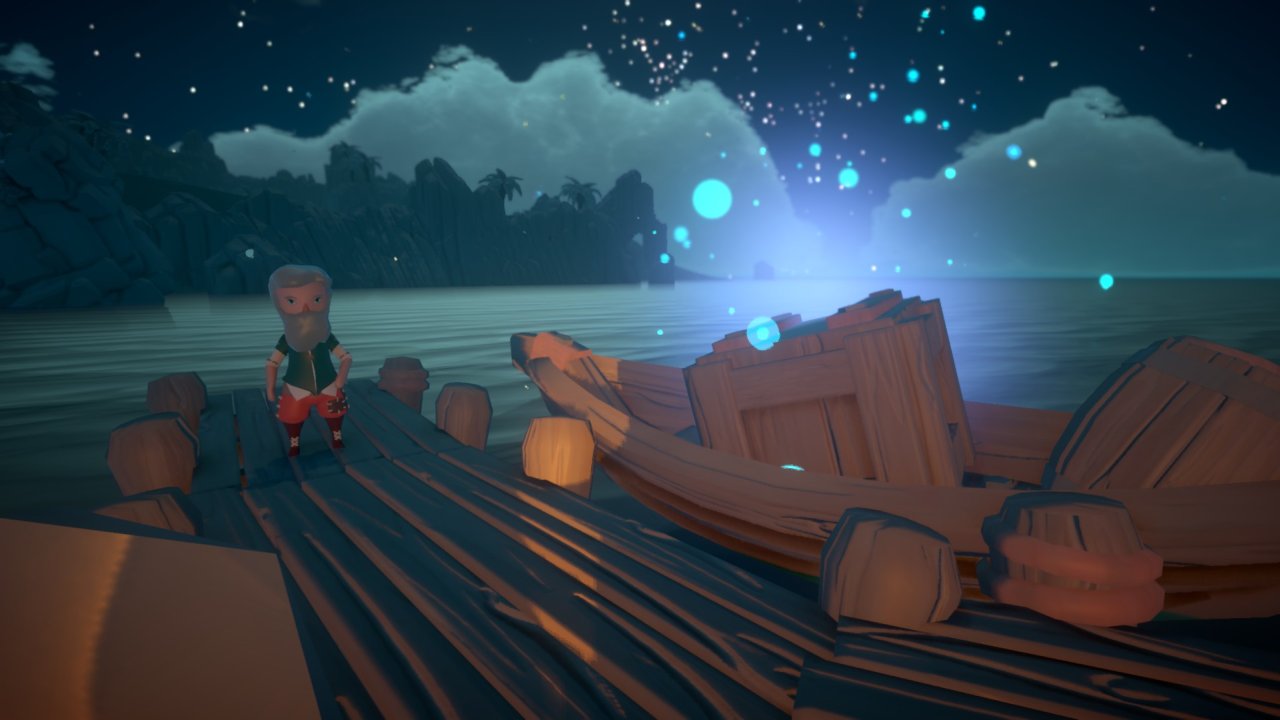 Still, the core of Yonder is strong. There’s some mindless fun to be had, roaming through Gemea, collecting what needs to be collected and taking it where it needs to go. The whole system works to put you in a zen-like state that casually ticks away the time. But Yonder never evolves past these initial time-wasting endeavors into something that’s truly engaging. And that’s the problem; the game just doesn’t have many ideas after it shows off its core mechanics - on how to evolve those mechanics or subvert them. This is what I mean when I say this adventure isn't particularly bad. The core of the experience functions well. But when you dig a little deeper, you’ll find that Yonder: The Cloud Catcher Chronicles doesn’t have much else to offer.

Our ratings for Yonder: The Cloud Catcher Chronicles on PlayStation 4 out of 100 (Ratings FAQ)
Presentation
71
While the whimsical and cute nature of Yonder looks fine in the moment, it’s unlikely you’ll marvel at any screenshots.
Gameplay
78
The game is not without issues, but the quest busy work of running around the island, collecting items to turn into other items, has a solid flow.
Single Player
60
While not every game needs characters and narrative, I really feel like Yonder did. There’s nothing to get attached to, nothing to make Gemea feel like a world worth saving.
Multiplayer
NR
None
Performance
65
Some frame rate issues and a few bugs; nothing game breaking, but it is annoying.
Overall
69
Yonder: The Cloud Catcher Chronicles is an enjoyable enough adventure, but it’s missing a hook to get players invested. The game wants you to get lost in the economy and exploration it offers, but in just performing these menial tasks for their own sake it fails to create any moments where the entire experience is more than a series of distractions. 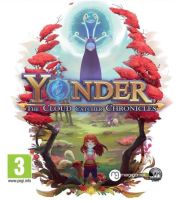 All videos for Yonder: The Cloud Catcher Chronicles (1)
Advertisement ▼