Games that focus on puzzles and platforming have been in abundance in recent times, from the high-difficulty endeavors to the lighter and more adventurous entries. The metroidvania genre has been equally strong, with quite a few titles each year trying to strike a balance between exploration and retracing your steps. Developers Swing Swing Submarine have decided to enter this genre with their latest title, Seasons after Fall. Featuring a pretty aesthetic and promising a relaxing 2D adventure, the game succeeds in its gameplay and presentation but is unable to escape the downsides of being a metroidvania. 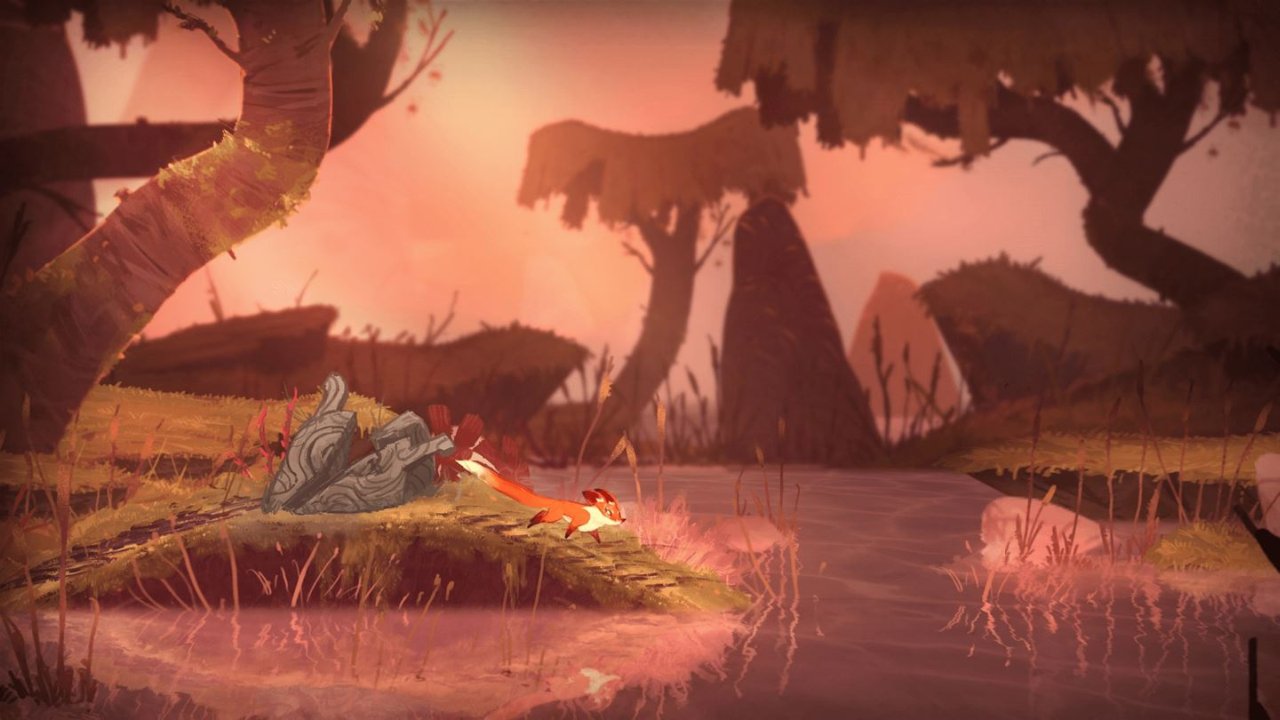 Seasons after Fall has players assume the role of a spirit of sorts. Soon after waking and emerging in a forest, you hear a mysterious voice. The voice asks you to help it perform a Ritual of the Seasons, in hopes of accomplishing a mysterious goal. Without much information, you seemingly agree to help out. But you can’t do much as a floating orb, so the voice helps you to possess the body of a nearby fox. Now that you’ve got a physical form, the voice tells you that the forest is empty, all the animals have gone and the four Guardians of the Seasons are in deep slumber. To perform the ritual, you are asked to seek out each of the Guardians and get their power.

After traversing to each of the four corners of the game world, the fox returns to the ritual site and the voice attempts to perform the spell. However, it does not work, and in the process you are separated from the fox’s physical body, though now you still have its form. It’s a dramatic turn of events, and is also revealed that perhaps the voice – who turns out to be the Seed of this forest – did not disclose its true intentions. It decides to hide away; thankfully though, one of the Guardians has awoken, realizing that something has gone wrong, and now tasks you with seeking out more items from each of the Seasons in order to reach the Seed and help it see the truth.

The story in Seasons after Fall is fairly straightforward, with many references to nature, the circle of life, as well as growing up and being fearful of the world. It’s not exactly engaging though, and due to the length of the game itself, it really drags on. Further, the ending is rather quick and underwhelming, as sort of “thanks for coming out, good job, the end”. It’s not the end though, because there is a true ending that can be unlocked if you seek out four semi-hidden locations that reveal a ton of story details. It was a rather poor design decision to have such rather critical narrative elements - that give the Seed and the Guardians much more depth – hidden away, especially considering how thin the rest of the story already is. 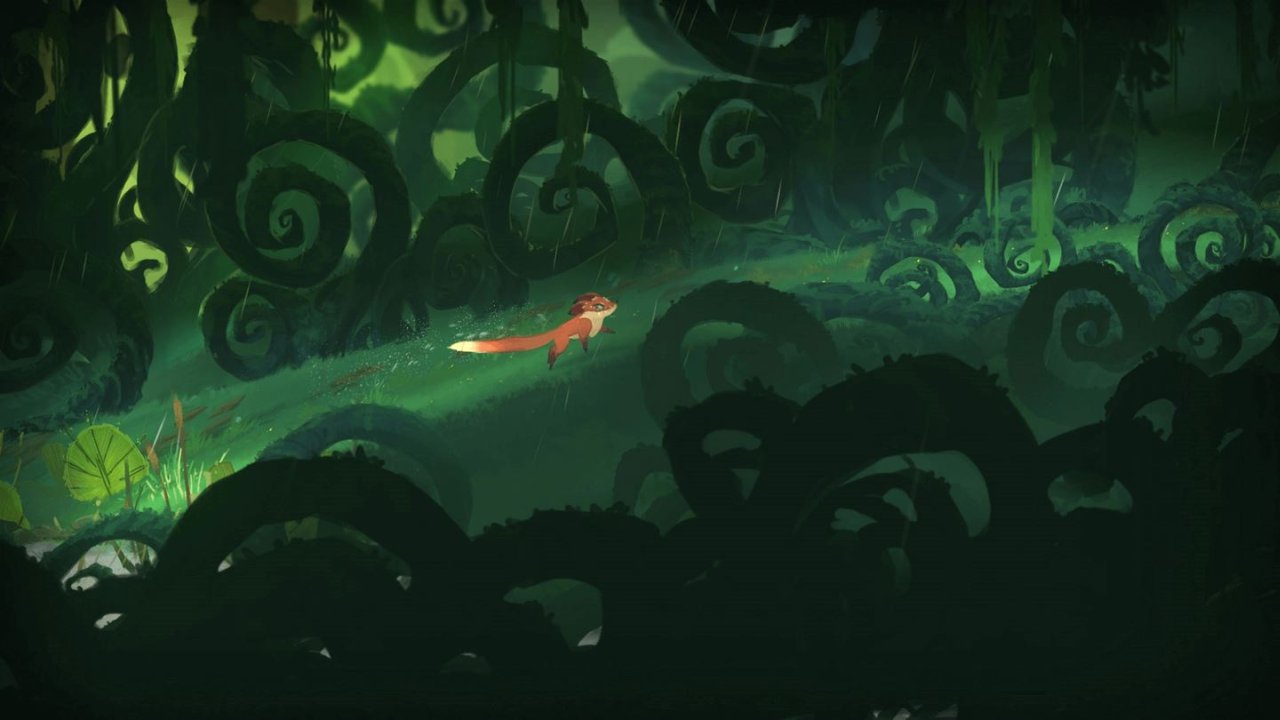 The reason the story is stretched so thin is also due to the game’s exhausting length. No, it’s not because its 50 hours, in fact it runs only about 6 or 7; but it’s because the game only has four areas to explore, each becoming a linear series of paths. It is a metroidvania after all, so backtracking is expected, but Seasons after Fall takes this design too far. You’ll essentially be forced to play through all four areas at least three times, and while yes there will be an occasional new path or shortcut or gameplay mechanic each time you visit, it feels like a real slog. The game also throws in plenty of lengthy puzzle segments in the second half, making it feel even more bogged down with little platforming. If you’ve ever wanted to try a metroidvania or are unsure on the genre, avoid this title as it represents one of the worst examples in this type of game design.

Outside of the endless repetition, the gameplay itself is actually quite enjoyable and original, and the first few hours are quite pleasant. Over the course of the game you’ll unlock the ability to change the environment from each of the Guardians. So at any moment, you can switch between spring, summer, fall, and winter. Besides changing the aesthetic and making the world feel different, the changes in season are used to solve environmental puzzles. In the Fall, mushroom caps open up creating new platforms and geysers blow water from the ground at a medium level. In the Spring, geysers and winds are stronger; in the summer, an interactive plant produces nutrients used to grow trees (which again become platforms). You change the seasons depending on the obstacle ahead – use Fall to create a new path forward, then switch to Winter to freeze the lake or geysers and create new platforms/surfaces to walk on. Most puzzles involve switching between seasons to create a series of platforms for the fox to use.

There are also occasional creatures that you must chase to the appropriate location – for example, chasing a crab-like crature to a puddle so it soaks up water, then switching to winter and chasing it to a nearby branch that's blocking the way, and making the crab blow it up. The only other action apart from jumping that the fox can perform is a bark, which is sometimes used to manipulate the game world (such as causing vines to unroll in Summer, or cause certain creatures to follow you). Switching between seasons takes a moment, so there’s no need to be quick; there are no enemies, dangers, or even a health bar. It’s a purely exploration/puzzle game, and the mechanics are relatively solid and if it wasn’t for its drawn-out length, it would have been quite a pleasing and relaxing experience overall. 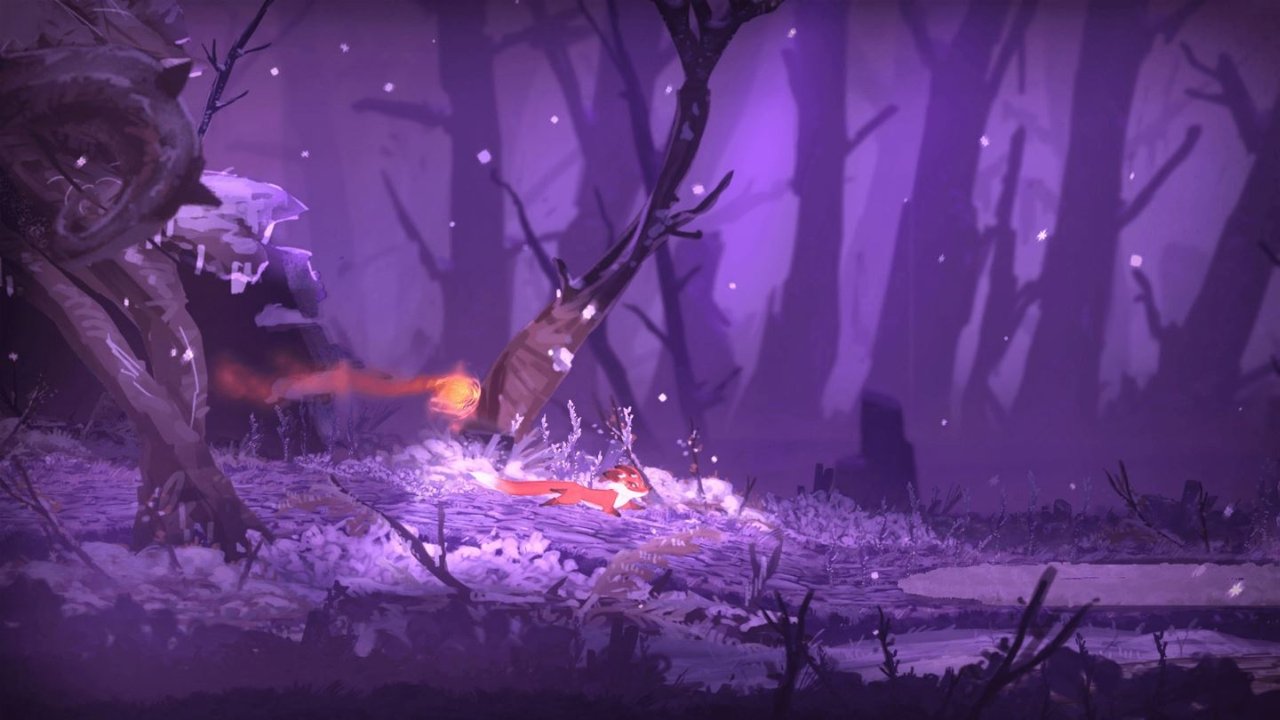 The effect of changing the visuals of the environment is two-fold. On the one hand, you get to see this world through a series of different visual lenses, though it remains the same in structure. This helps just a tiny bit to alleviate the redundancy of having to visit each area multiple times. The downside though is that on occasion, you trigger an event that opens a new path somewhere in the world, and you’re shown a brief glimpse of this location. But because the entire game largely lacks a unique visual identity and you’ve seen each area in four different seasons, you have no possible idea of where this new ledge has become available. Forcing you, once again, to go revisit the four areas and hope you find the right place.

To its credit though, the environments and the entire art style of the game is quite beautiful. Whether it’s Winter or Summer, the painting-like visuals remain quite stunning, and it’s all just lovely to look at. The animations are basic, but they work. The soundtrack is similarly pleasant and matches the game’s tone perfectly, adjusting depending on the situation and season. It’s an exquisite looking and sounding game overall. It also maintains a steady framerate for the most part, though there are occasional minor hitches.

Seasons after Fall seemed like a promising puzzle/adventure. During the initial few hours, it will captivate players with great visuals and soundtrack, decent platforming, unique season-changing gameplay and a likeable setting. However, as you progress further in and are forced to return to the same areas multiple times, with the addition of lengthy puzzles, it loses its pacing and becomes a bit of a slog to get through. With an unsatisfying ending, the pretty environments can’t save this overlong metroidvania from becoming a grind and ultimately souring the overall experience.

Our ratings for Seasons after Fall on Xbox One out of 100 (Ratings FAQ)
Presentation
82
A rather lovely painterly aesthetic that's brought to life in every weather season, accompanied by a nice soundtrack.
Gameplay
70
A typical set of classic and environmental puzzles and occasional platforming, intertwined with the unique idea of changing the seasons.
Single Player
55
What starts off as a calming and colorful journey soon becomes a drag, as the game slogs through its second half and requires you to revisit the same areas multiple times.
Multiplayer
NR
None
Performance
70
No real issues, and the framerate holds steady for the most part.
Overall
67
Seasons after Fall is a lovely looking adventure that has some charm and decent gameplay, but it gets far too bogged down with repetition in the second half and this ultimately leaves an unsatisfying impression. 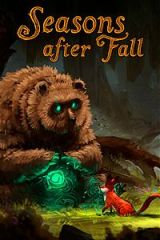 All videos for Seasons after Fall (1)
Advertisement ▼