A Monster World worth re-wandering

Remember Wonder Boy III? That colourful little adventure bursting with dragons, skeletons and pig-people? Plucky, green-haired protagonist, looks a bit like a Lemming? Was on the Master System back in 19…

I'll stop. I don't think I'm alone in admitting I hadn't heard of Wonder Boy. But after a bit of Googling, there was Wonder Boy III: The Dragon's Trap. It released back in 1989, amidst the NES hype for the Sega Master System. It was relatively well-received too, but (like much else on the Master System) didn't reach the acclaim that kept Mega Man, Castlevania or Metroid resonating into the 2000s. Coming into a 2017 remake cold, I was tentative. Would it be a Yooka-Laylee conundrum? Would I need to have lived the quips and capers of the Master System to enjoy the Switch revamp? Would I get Wonder Boy? 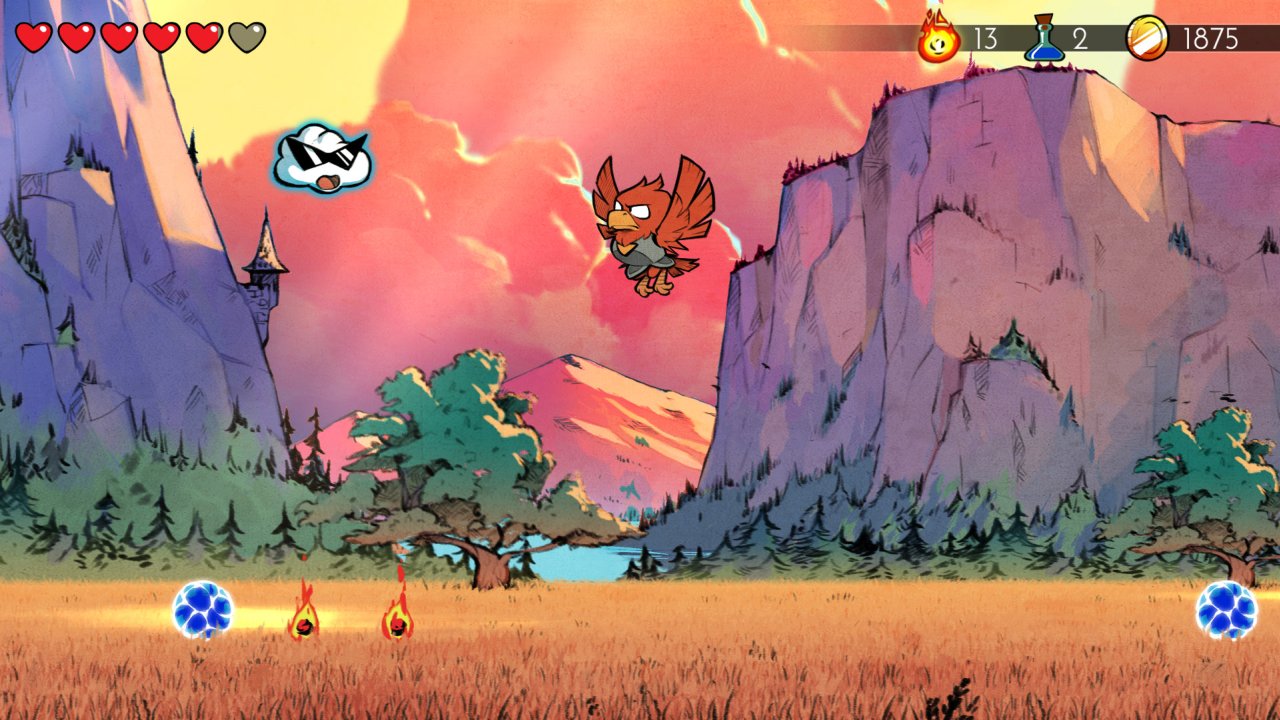 Ultimately, I'm glad I entered the Trap. Not only does Wonder Boy: The Dragon's Trap look a modernised treat, but an unyielding awareness of its cult-status ensure its outmoded design choices pale in comparison to the quaint, rewarding idiosyncrasies the original game had to offer.

Before you is the Monster World. Overcoming various hardships, you have at last entered the monster's castle. If you played the original, it's the opening you know. If you haven't, it's the title-sequence of a kid-hero. Regardless of your relationship with the original, the storyline feels immensely childlike.

The innocent charm doesn't stop there. To be honest, it pretty much permeates the game. Item descriptions evoke that nostalgic un-seriousness Shovel Knight did. I didn't grow up with the original, but the world into which my sword-wielding 'Hu-Man' was thrown was so amusingly detailed that I often felt like a kid playing his own version of Knights and Castles.

The Dragon's Trap follows a Metroidvania structure. You navigate an open map in whichever direction you choose, and acquire additional items and abilities as you explore to help you access new areas. Rest-assured, there are numerous health boosts to find and weapon upgrades to buy, but one of the game's most distinctive power-ups are in the five alternate forms your character can take. Defeating the malevolent Dragon Bosses transforms you into different beasts, all of whom have specific advantages. The Lizard-Man breathes fire, while Mouse-Man scales walls and traverse tight spots. My personal favourite – a grumpfaced Piranha gentleman – saw me able to navigate more freely underwater. Given the open map, I often found myself backtracking through stages I'd already visited, so being regularly given a new way to approach them really did prevent the gameplay staling. Alternate forms don't just hark back to the original mechanics, either; having never picked up Wonder Boy previously, I still felt I was progressing in a diverse way that encouraged me to remain curious to surroundings. 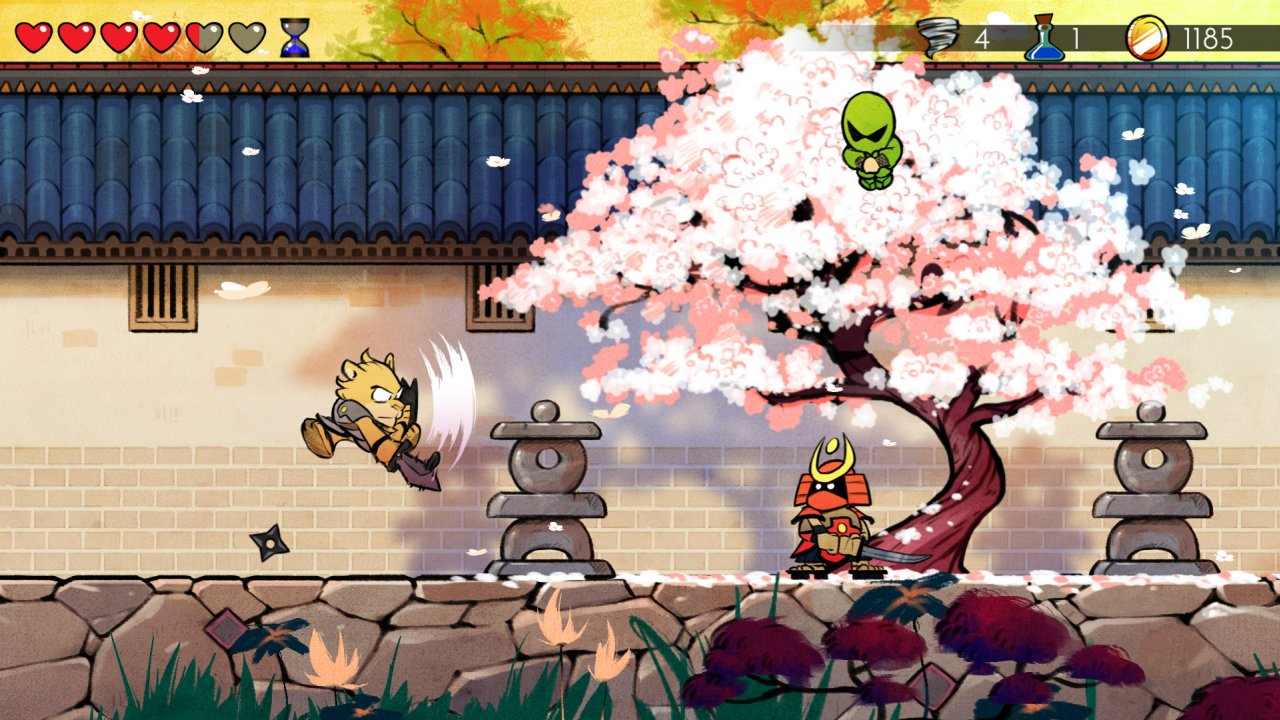 While the game doesn't shove you down particular paths, there are nevertheless cues to guide newcomers through the world. There are signs marked with arrows identifying softer paths, while unmarked territories can house more enemies with heftier attacks, and trickier platforming trials. While all levels emphasise challenging, skill-based gameplay, it's encouraging to see room left for players who'd rather not wander into The Devil's hell pit five minutes in.

In terms of progression, The Dragon's Trap is very much a remake, and players of the original won't find much has changed beyond its toonish facelift. It even feels like the original, complete with slippy character movement, straight-point melee attacks and wooden jump function. That's always shaky territory with remakes. The 80's design serves to render the game's main stages more challenging: I needed to alternate swiftly between fast-paced platforming and well-aimed combat, while using the crouch function to ensure I didn't land face-first into a fireball-wielding sunflower. But equally, the noticeably slippery protagonist meant any sudden change in direction felt hesitant, and when you're locked into a single-screen boss fight that requires frequent back-and-forthing, it's difficult not to wish Lizardcube had tightened up the controls here and there.

There's even a 'retro' function that allows you to play with the original's 80s art style and chiptune soundtrack. It's a novel way of familiarizing new players with the game's enfolded roots, and if you happened to grow up with the game it'll likely do something magical to your heartstrings. If you'd left the original Wonder Boy uncompleted, you'll also be able to resume your adventure here, as all the original passwords will be accepted. It's like what Shadow of the Beast attempted last year in including the original Amiga game as an unlockable in the main campaign. Except… well, you know. It's better. It's good.

The modern visuals, strike closer to Valiant Hearts or Rayman Legends than it does its 8-bit source, but what the new aesthetic translates so well into the modern day is just how childlike Wonder Boy always was. This is the same Monster World of pirate-pigs and bulky cyclopes that existed before, but their newfound, hand-drawn chunkiness brings the whimsical concept of the original onto contemporary platforms. 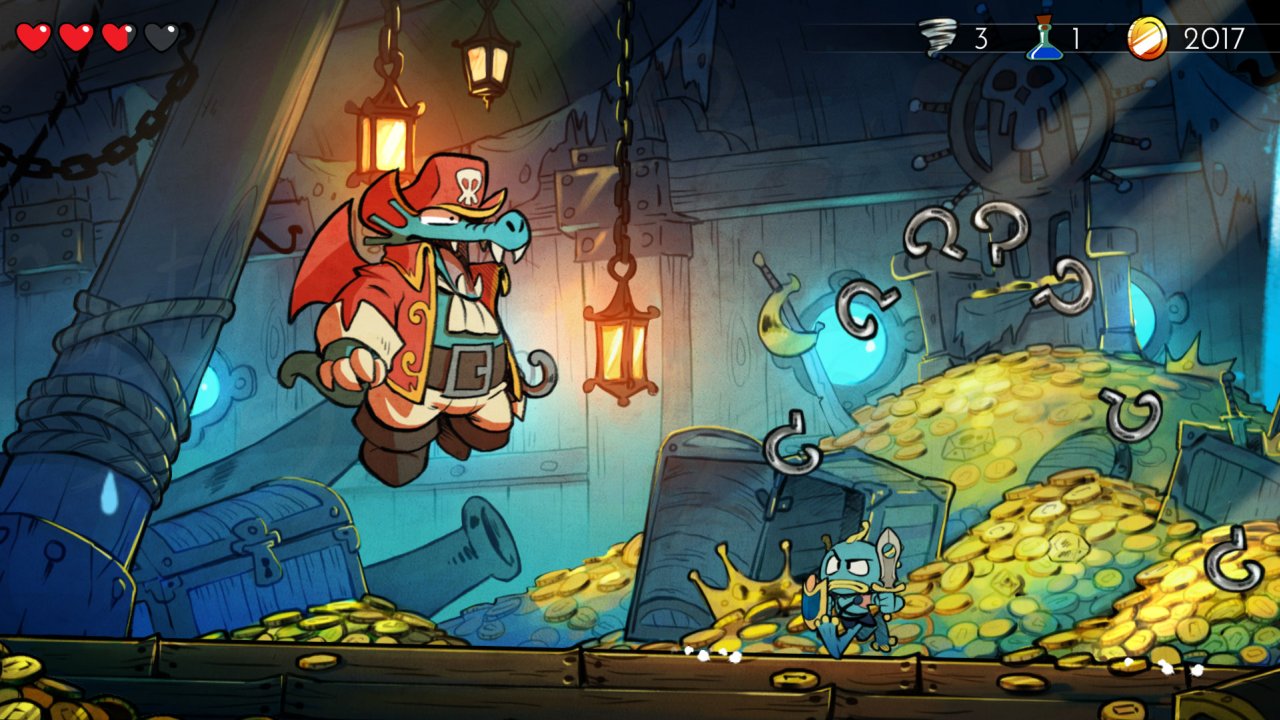 The disconnect can prove frustrating, however. Unlike Shovel Knight – which shinnied-up NES visuals and tightened retro controls – The Dragon's Trap feels still rather rooted in the past. On the one hand, you've a striking 2D platformer boasting detailed, up-to-the-minute animation. On the other, you've a stiff control scheme and boots that're slightly muddy. Of course, the game undeniably speaks to an era when tough 2D platforming was the pinnacle of console gaming, and its loyalty to that skill-based ethos feels every bit as tense as it does playing Mega Man, Castlevania or even Super Mario Land on their original systems. Against its innocent new art style, The Dragon's Trap communicates nostalgia for that period fantastically. The risk is feeling like an antiquated platformer that wasn't trying to be to those who've little to no connection to the original.

The retro feature addresses this to an extent. By being able to alternate between the game's modern and original visuals via the Switch's shoulder buttons, you're kept constantly aware that those systems are intended. But understandably, playing with retro-visuals on makes the experience feel more cohesive, because it gives its rigid controls a context. Against 2017 graphics, it's more noticeable that the necessary back-and-forthing to avoid boss attacks makes its slipperiness feel inconvenient; more frustrating is it today to find jumps or attacks not always registering quite how one expects.

This shouldn't necessarily be taken as reason never to touch the remake. When you suss the rhythm underlying each area; when you pull off a fantastic hop-skip-stab that sees those boar-knights that stuck you vanquished; when you land that dragon-quashing hit with but a shred of health, you feel like a gosh-darn hero, and the resulting sense of achievement is ultimately worth the effort. 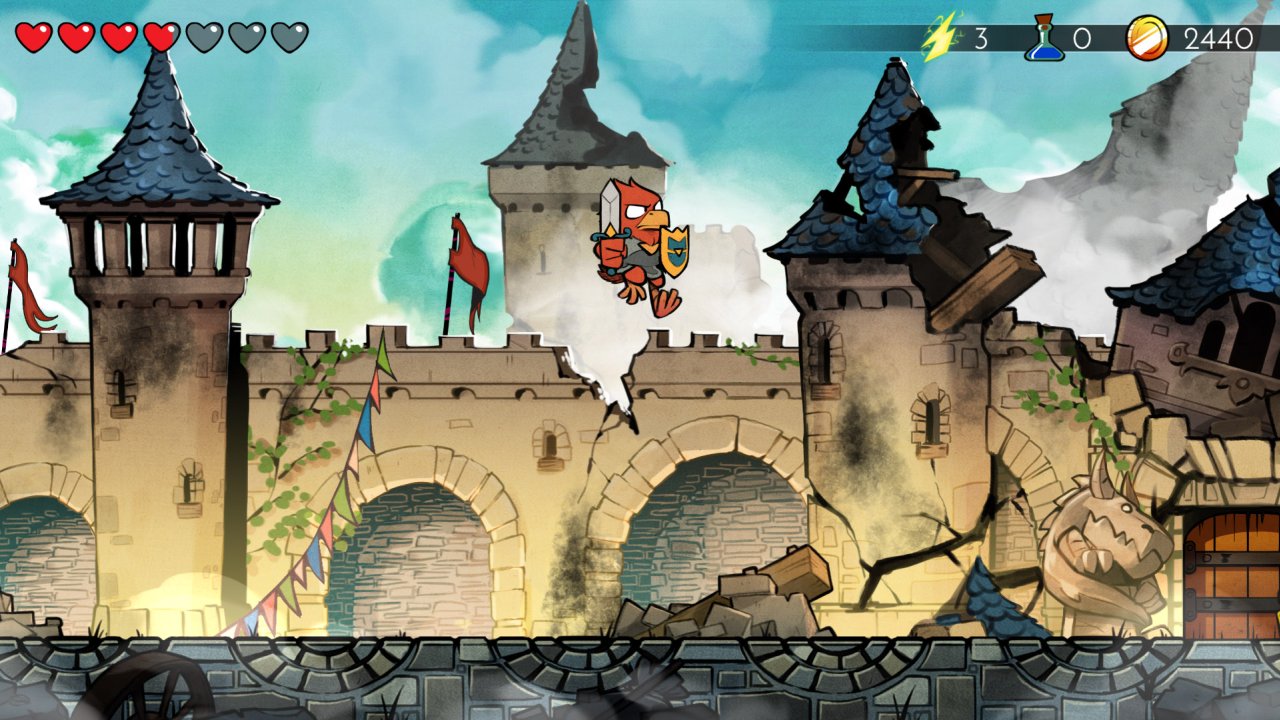 I wish I'd known about Wonder Boy when growing up. Ultimately, I'm glad a game such as Wonder Boy was remade, as without it I (and I suspect at least two other people) would've probably never known it'd existed, and it's rare that even 'quirky throwback' indie games pull off the sense of whimsy, humour and myth The Dragon's Trap does. It's an endearing remake, and its loyalty to antiquated design frustrates surprisingly little compared to other recent hark-backs. As a result, it'll likely appeal to those who've never heard of the series. Indeed, if I wasn't so glad it was remade, I'd be sad five-year-old me never got to explore the eccentric monsterland the Master System hid. To think, I was probably off drawing pictures or some rubbish.

Our ratings for Wonder Boy: The Dragon's Trap on Switch out of 100 (Ratings FAQ)
Presentation
87
Wonder Boy's hand-drawn art style captures the childlike sense of adventure the original exudes so well. There's also the option to play with original visuals on; a charming touch that'll likely appeal both to Master System connoisseurs and those curious of the game's roots.
Gameplay
75
Against modern capabilities for blazing visuals and nip-tuck controls, the game's late-80's design may strike outmoded, but its blend of accuracy-based combat and speedy platform traversal prove so reward that its ultimately worth enduring.
Single Player
83
A storybook world drenched with kiddish character, the game's five alternate forms condense a variety of playstyles and abilities that prevent exploring the open map from staling.
Multiplayer
NR
None
Performance
95
The game runs flawlessly, while its sounds are instantly interchangeable between the revamp's folky, Arthurian soundtrack and the boppy chiptunes of the original.
Overall
83
Wonder Boy: The Dragon's Trap doesn't always put enough distance between itself and its Master System roots to fully appeal as a modern platformer, but it's so brimming with charming, challenging discoveries that dated design choices don't infuriate anywhere near as often as they reward. 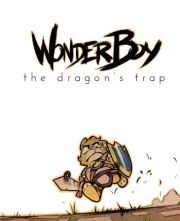 All videos for Wonder Boy: The Dragon's Trap (1)
Advertisement ▼