Day of Infamy is a shining example of what can happen when a game has good mod support. Starting life as a Second World War mod for 2014’s very solid but slightly banal Insurgency (which itself started life as a mod), the game has since been worked on by developers New World Interactive and released as a stand-alone product. The final result is another well-crafted tactical shooter that feels like a mix of Insurgency and Red Orchestra 2, or Day of Defeat for those with a longer memory. Even though the look and feel of the game will be very familiar to those who played NWI’s previous title, the historical setting goes a long way, and there are enough differences in the style of maps and modes found here that it feels reasonably fresh. 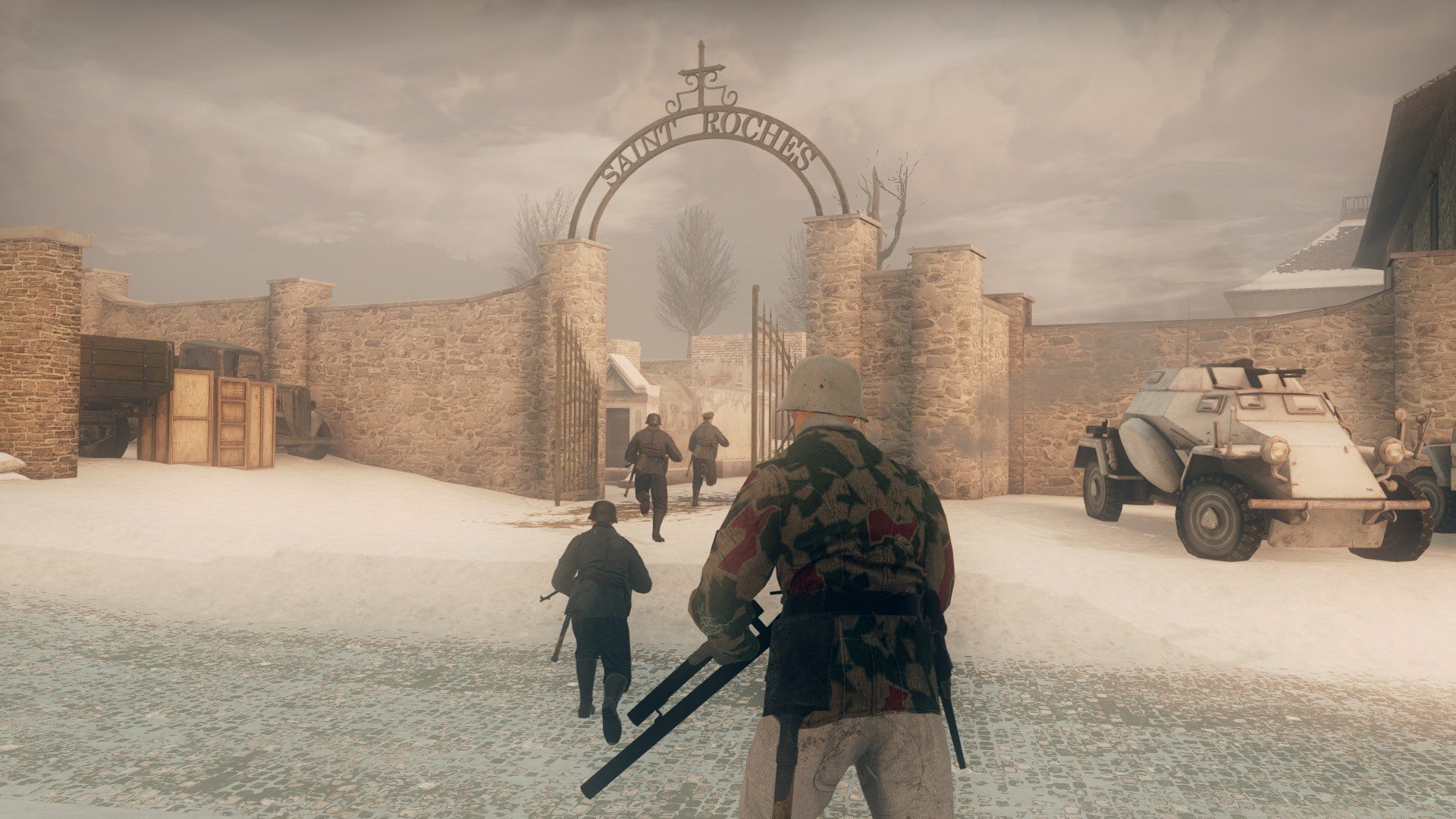 The biggest difference between Insurgency and Day of Infamy aside from the setting is the scale and overall feel of the matches. While you can still play modes like Sabotage that closely resemble the small-scale tactical operations of NWI’s previous game, I had more fun with the larger scale Battles list of modes. These allow up to forty players to duke it out over a few different spins on objective control game modes that have more generous respawns and longer matches.

Generally, these modes either have one team attacking and one defending, or both teams fighting for a series of objectives that push the other team back. Both teams have officers who if joined by a Radioman can call in artillery, bombers and strafing runs on the enemy, adding a level of chaos that brings a dynamic feel to matches that Insurgency lacked. The fact that Radiomen and Officers must stick together to provide this incredibly valuable fire support is a good mechanic that promotes teamwork in a way that doesn’t feel at all contrived.

On paper it probably sounds like these modes might encroach on Red Orchestra 2’s territory, but the more accessible gameplay mechanics offer up a different feel, as does the focus on close quarters combat. With a couple of notable exceptions including a recreation of Omaha Beach, most of the maps are urban, with large, complex areas of interconnected enterable buildings. While I would define RO2’s most memorable moments as terrifying dashes across open spaces, I found myself holding my breath in Day of Infamy as I slowly crept through buildings, well aware that there could be an enemy hiding around each corner waiting to blow my brains out. The time to kill here is again incredibly short, making for intense but short-lived bursts of action. 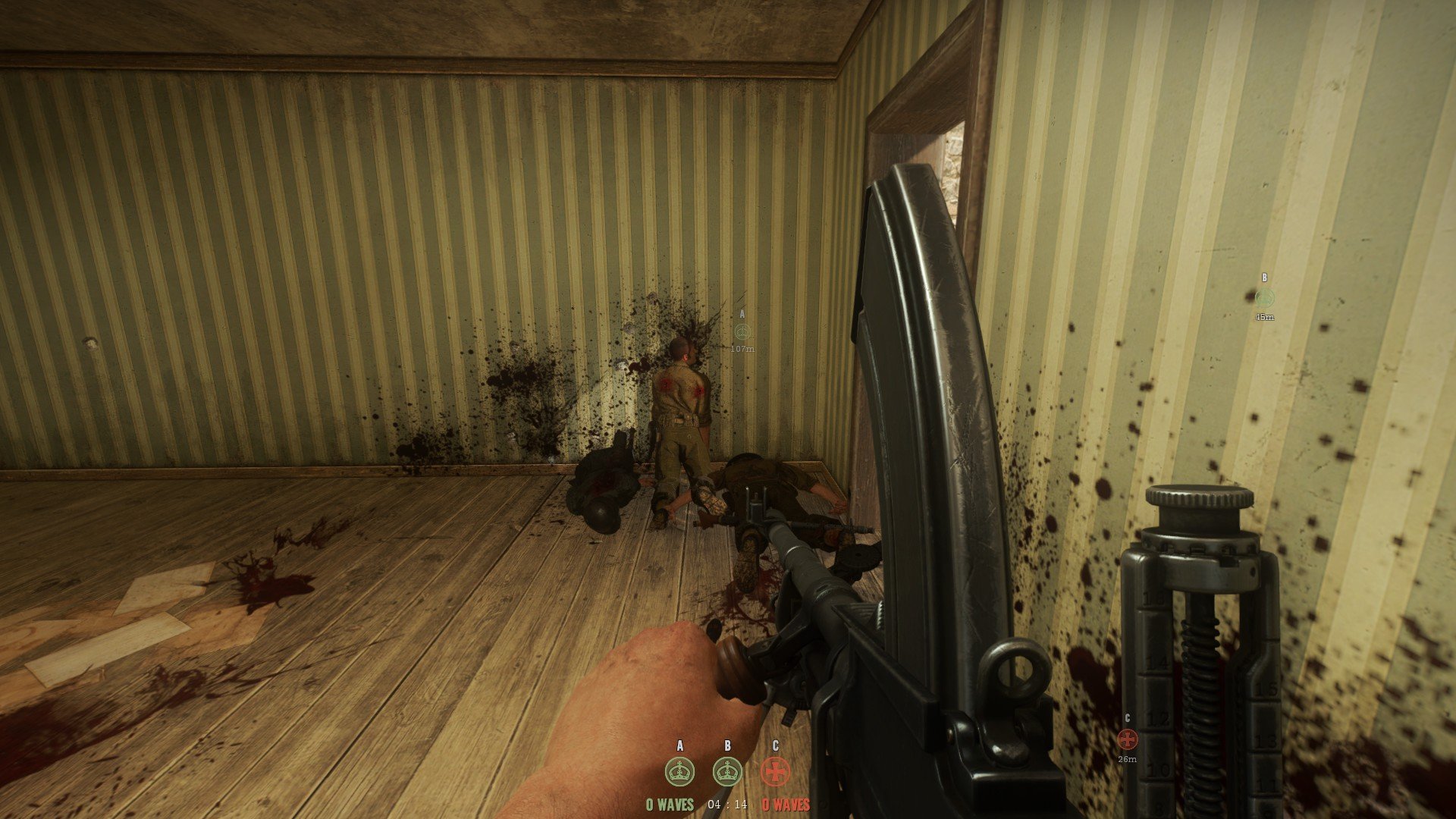 The sound design enhances this tension fantastically. Footsteps are clearly audible if someone is running around in a building, meaning crouching or walking are essential if you want to catch your enemies by surprise. Your character will yell out if they are reloading or if you use the shortcuts that let you communicate with your team, meaning you need to be deliberate about even this as you might give away your position. Weapons sound distinct enough that you can often identify friend from foe just by listening to gunfire. When getting shot at, sonic cracks and screen-blurring add to the intensity even further.

As with Insurgency, Day of Infamy has very intentional UI design that greatly limits the information you have available. In most servers there is no kill feed, no hit markers, and the scoreboard doesn’t show how many kills you have unless you are dead. This means you often won’t know if you actually killed someone if you are shooting at them from a distance and can’t see their body. This in combination with the great sound design and the fact that friendly fire is always on makes for an incredibly immersive but challenging gameplay experience.

As a result of the above, competitive multiplayer has a significant learning curve, as map knowledge and knowing what different weapons sound like are a big part of success, meaning that skills from other shooters will only take you so far. When starting, there will be games where you simply die over and over from seemingly nowhere from players who know good hiding spots, making for a pretty frustrating experience. Inversely, you can pull off some spectacular flanks and take out large groups of unwary enemies if you play carefully.

Fortunately, there are a lot of options to help ease you into the competitive matches. In addition to offline practice with bots, the fairly robust co-op modes from Insurgency are also present. Even though these modes still stick to completing fairly basic objectives, the bots put up a good fight and the lethality and limited respawns keep things engaging. Being the last surviving member of your team, knowing that you need to capture an objective against all odds in order for your teammates to respawn, is almost as tense in co-op as it is in competitive play. This is a great way to get a feel for the maps and weapons when starting out.

With the shift to World War 2, the available weaponry and classes feel more distinct than in Insurgency. There are three armies in Day of Infamy; the US, Commonwealth and Wehrmacht, all of whom have access to unique weaponry. Apart from a handful of weapons, class selection feels more meaningful here as different weapons can put you at a big advantage or disadvantage at different ranges or in different environments. Heavy machine guns can only be hip-fired unless supported by a bipod, and submachine guns are of limited use past short to medium range due to the high recoil and poor accuracy. Flamethrowers are great for clearing out buildings, but are useless at range and can lead to friendly fire incidents. 3D optics return from Insurgency, making scopes more challenging to use than in most shooters. Overall, Day of Infamy offers up a great variety of historical weapons that all look, feel and sound distinct.

As with Insurgency, you start each match with a certain amount of ‘supply’ points that determine how much gear you can equip. This will govern things like grenades, weapon attachments and in some cases weapons. As you kill other players and capture objectives, you earn more supply points, though the relatively limited amount of weapon attachments available make this in-game progression seem less important compared to Insurgency. Day of Infamy also adds a long-term progression system where you gain ranks in each of the three armies, though you only unlock access to different regiments that alter your appearance in game. All of the regiments have historically accurate uniforms, and there are some pretty novel ones to unlock such as Canadians or Australians. Everyone has access to the same weapons and equipment from the start. 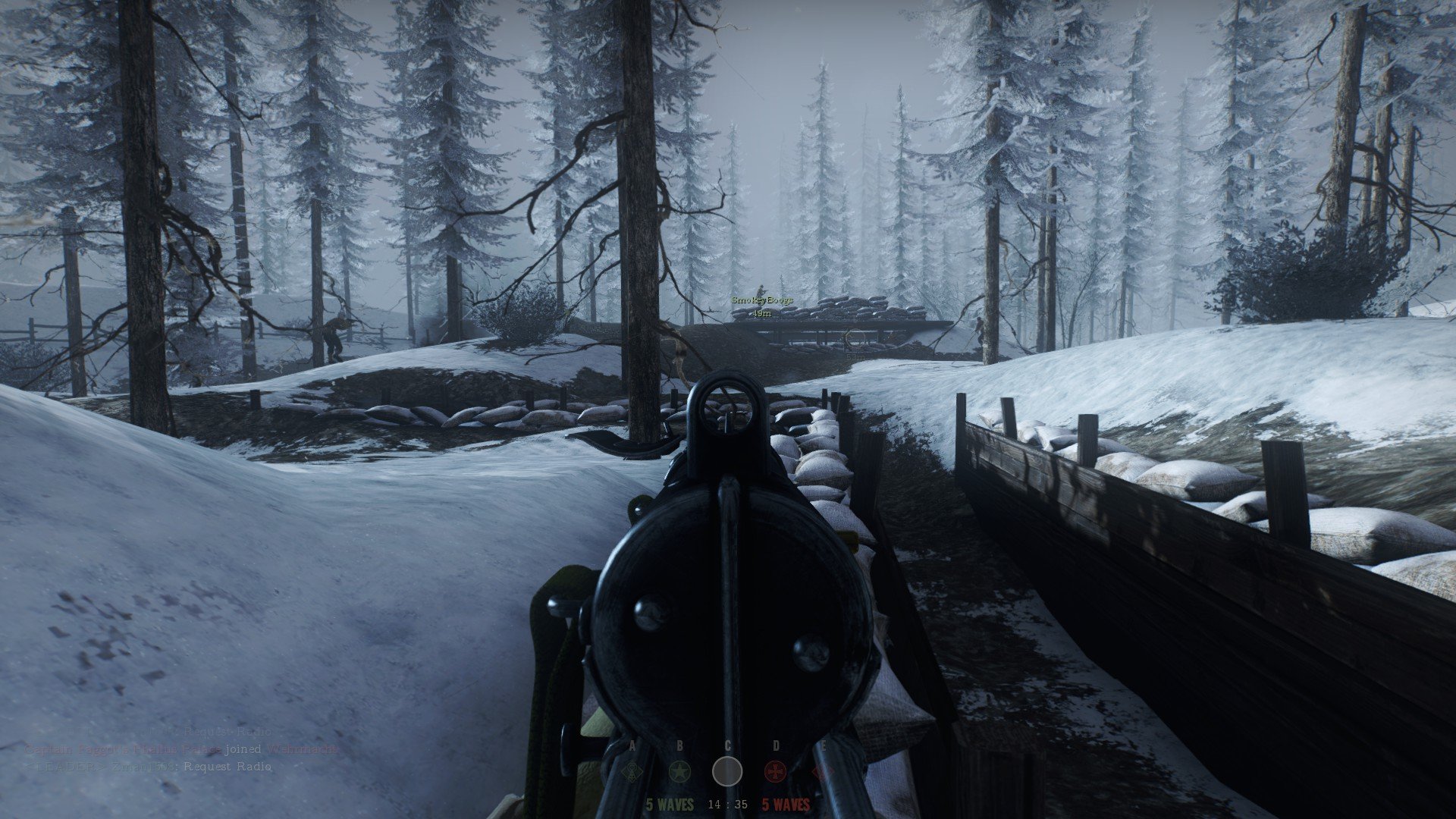 Visually, Day of Infamy is pretty much identical to Insurgency, running off the same build of the Source engine. While I found the maps a bit more visually interesting on average than the dusty Middle Eastern towns of NWI’s previous game, it still looks decidedly dated apart from the highly detailed weapon models and particle effects. The upside is that the game runs very well, although I did experience a couple of crashes. Net code and hit detection are generally solid, and even the matchmaking seems to work well for the most part (though you can still use a server browser). Day of Infamy is a great option for those with less powerful PCs looking for a new multiplayer shooter.

Day of Infamy’s slow pace and lethal gameplay won’t be for everyone, but it is a refinement of the style of gameplay that made Insurgency a success. In combination with the switch to what is in my opinion a more interesting setting, a solid selection of maps, weapons and modes and the more than reasonable asking price, Day of Infamy represents another very solid tactical shooter from New World Interactive, albeit one that doesn’t have many unique ideas to really make it stand out.

Our ratings for Day of Infamy on PC out of 100 (Ratings FAQ)
Presentation
72
The visuals are appealing but technically dated. The sound and UI design is excellent and enhances the tension dramatically.
Gameplay
76
Day of Infamy plays just like Insurgency, but with some good teamwork mechanics and a more distinct arsenal of historical weapons.
Single Player
NR
You can play offline with competent bots for practice, but this is a multiplayer-centric game.
Multiplayer
75
A solid selection of maps and modes, with a good variety of larger and smaller scale battles. Co-op remains a great way to learn the maps and weapons with friends.
Performance
(Show PC Specs)
CPU: Intel i5-2500k @ 3.3ghz
GPU: Nvidia GTX 970 4GB
RAM: 8GB DDR3
OS: Windows 7 Ultimate 64 bit

80
The game runs great and netcode appears to be improved compared to Insurgency, though I experienced a couple crashes when playing.
Overall
75
Day of Infamy is another solid - though visually dated - tactical shooter from New World Interactive that benefits from the shift to a World War 2 setting, and the more distinct weaponry and greater context that comes with it.