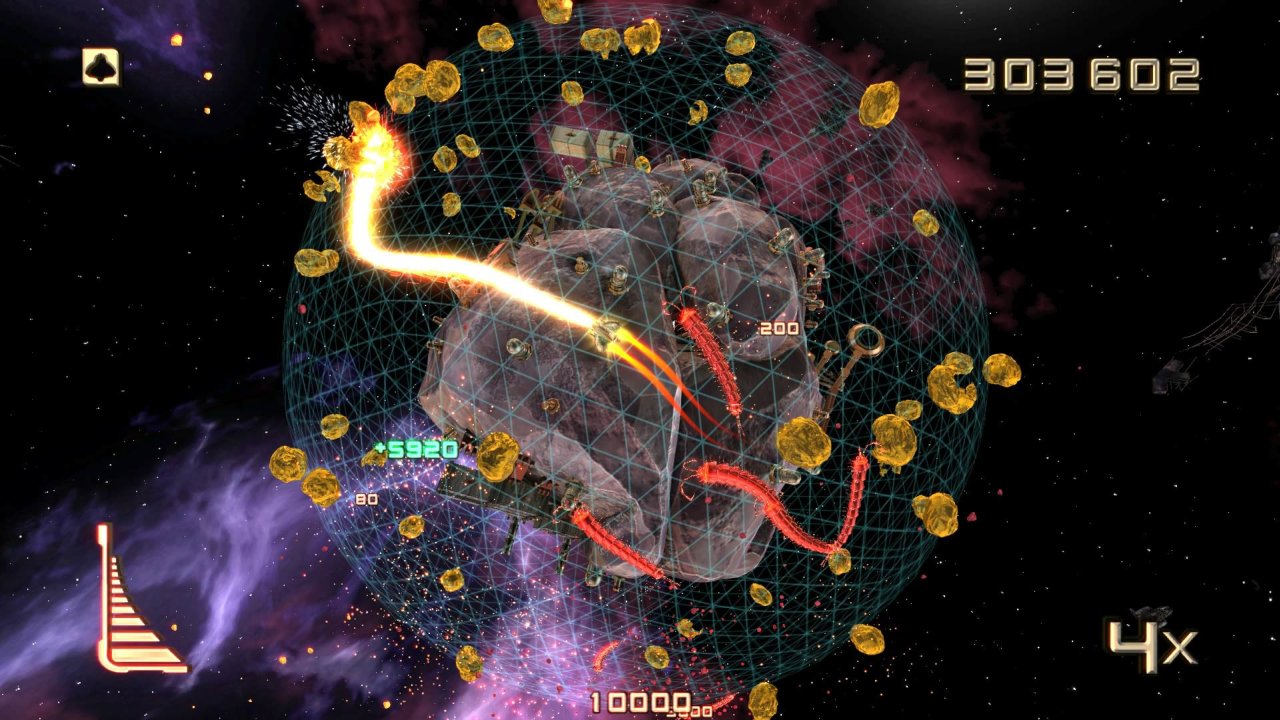 You should play Super Stardust Ultra.

It’s not uncommon for arcade franchises to continue being ported across console generations that sometimes span years. Case and point, this Super Stardust release is already the second game to have done so on PlayStation VR, alongside Rez Ultimate. But while some ports are merely trying to cash in on the nostalgia by adding little content and simply polishing the visuals (see Rez), Super Stardust Ultra is clearly working much harder to maintain its reputation. The new release not only adds VR capabilities and an exclusive mode, which we’ll touch on later, but it also contains all of the numerous modes, features and improvements that the franchise has accumulated since its modern debut in 2007.

I always avoid calling any game a classic because as the genres evolve, the older titles become more spurred on by nostalgia than actually being able to hold up today. That’s not the case with Super Stardust, however. The arcade shoot-em-up mechanics that made the 2007 HD release fun are still exactly as entertaining as you remember them. You’re a lonely ship, plunked down on a series of 5 planets where waves of space rocks and enemies continue to land, eventually culminating in a boss battle. The game’s Asteroids inspiration remains appealing, as space debris rains down from the sky and you must use one of three equipped weapons (Rock Crusher, Gold Melter, and Ice Splitter), bombs, and boost to destroy them all. Shooting the rocks splits them into pieces, making the playable surface that much more dangerous due to accidental collisions, but it also uncovers canisters that grant points, weapon upgrades, shields, extra bombs and so on. In classic arcade fashion, the game ramps up in difficulty quickly but remains highly addicting and entertaining. It’s pure arcade gameplay, perfected. 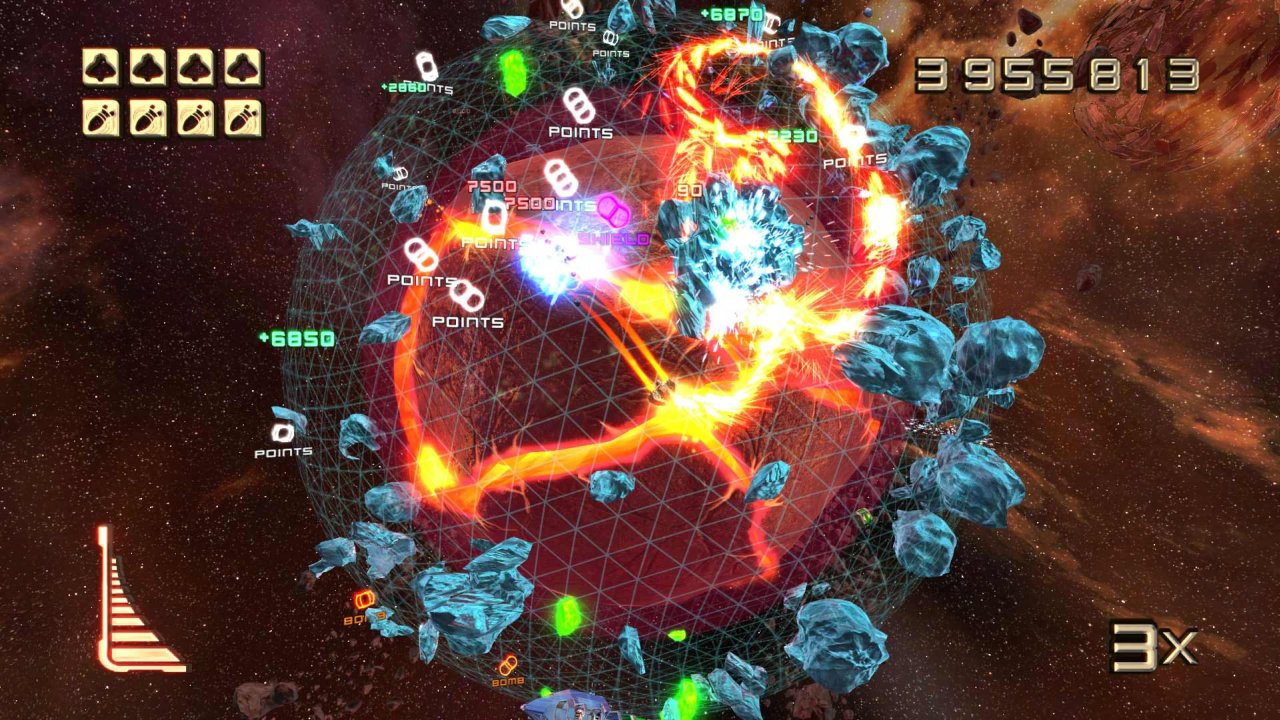 But that’s just the classic Planet mode, where you must fight through five phases on five planets. But more importantly, there’s a wealth of accumulated content from previous games and DLC. Your options include single Planet mode, Endless mode, Survival mode, and Time Attack. More creative modes include Bomber where you only have bombs (no weapons or boost), Impact mode where you have a stronger boost ability but again no weapons or bombs, and Blockade mode, where your ship always leaves a trail of deadly debris so you must carefully plan your planetary movements in the heat of battle. These modes provide tons of variety for a game that already has such a strong core. Each of these modes comes with online leaderboards, but there are multiplayer options as well; a versus mode with up to four players, and those looking for a more friendly experience can jump into classic co-op via online or split screen.

So, Super Stardust Ultra is already a pretty darn good game, but we must of course check out the VR capabilities. Being able to jump into the chaotic action world of Super Stardust is enjoyable, but not exactly groundbreaking. In VR you’re able to look somewhat around the planet you’re on, creating a cool 3D effect of having the action right in front of you. In the heat of battle though, you’d probably want to keep your view steady anyways so the VR integration works best as a cool way to look at the game world occasionally. The classic gameplay isn’t really affected when playing in VR. 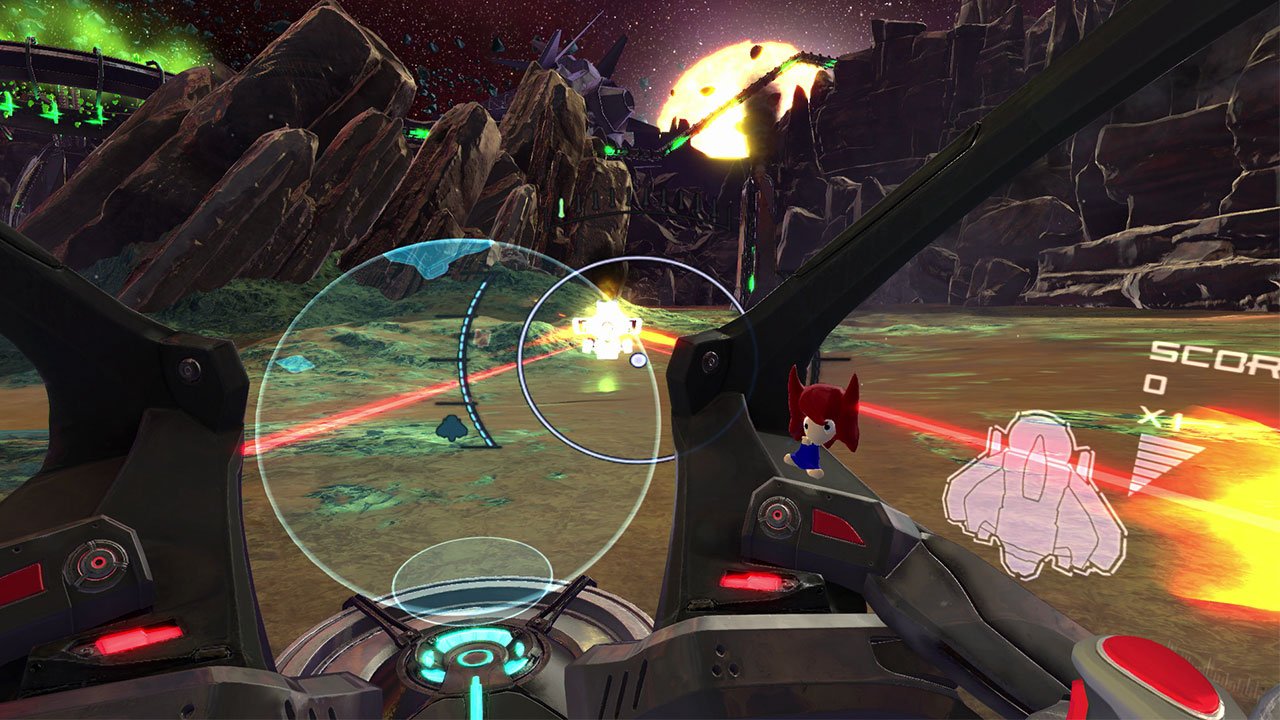 While the entirety of Super Stardust Ultra VR is actually playable on either a normal TV or in VR, there is one mode that’s exclusive to players who have the new PS VR headset. Entitled Invasion Zone, this mode is a bit different from the classic experience. Players jump into the front seat of a ship and attempt to defend a small area on the planet’s surface from invaders, using their vision for aiming. You essentially drive around an area, with the first-person perspective inside your ship, and look at things that you want to shoot. It’s a fairly barebones mode that doesn’t really gel with the rest of the experience. Both this and the other modes when used in VR do suffer a bit in the visual quality department (as do most VR games) to keep the framerate smooth. If you’ve already got Super Stardust Ultra, it’s probably not worth paying extra for the VR DLC, unless you really want to try it out. There are no issues with VR head tracking in this particular title, but because you're moving with left stick and can turn with both your headset and the right stick, this control scheme can be prone to motion sickness for a lot of people; something to keep in mind.

Over the years, Housemarque have been faithfully and incrementally adding features to their game, along the various re-releases and ports, so with Super Stardust Ultra VR you’re getting the most modern and feature-rich version of this arcade twin stick shooter. Even if you played the HD version on PS3 back in 2007, there have been so many updates since then that this new release feels like a huge upgrade. Plus, the $20 price point is highly agreeable. Gameplay and control tweaks and improvements aside, there’s obvious visual updates to make the game look and sound great on the PS4, and it uses the DualShock 4 speaker for occasional sound effects. And if you do have the VR headset, you should be able to enjoy the new perspective, and the Invasion Zone is at least a decent distraction.

Our ratings for Super Stardust Ultra VR on PlayStation 4 out of 100 (Ratings FAQ)
Presentation
82
Great visual design with a futuristic style that’s both clean and discernable when the action picks up. Invasion Zone doesn't look particularly impressive though.
Gameplay
87
A highly polished, action packed twin stick shooter that plays just as well now as it did years ago. Invasion Zone is decent but not must-play.
Single Player
84
A ton of gameplay modes make this a fantastic value, and keeps the gameplay from ever becoming stale.
Multiplayer
80
Both competitive and cooperative options, work as intended.
Performance
85
The core game runs perfectly smooth even during the most intense explosions. VR integration is fairly minimal outside of Invasion Zone.
Overall
83
Super Stardust Ultra VR brings its brand of excellent arcade gameplay to the PS4, with the added bonus of VR integration. 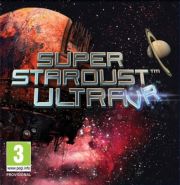