Anyone who has ever worked in a restaurant kitchen, or has even been responsible for the cooking at home, will know how chaotic the process can be. And it only intensifies the more complicated the dish becomes. With all of the prepping, cooking, time management and cleaning that goes on, it’s a blessing that we all aren’t flanked by Gordon Ramsay’s antics to add additional stress to the equation. Ghost Town Games' Overcooked is the embodiment of this chaos wrapped up in a cartoonish world with a variety of cute chefs at the helm. But don’t let that appearance fool you, because tackling the game alone is a very challenging undertaking. So much so, that it’s far more enjoyable to bring some friends along to help. 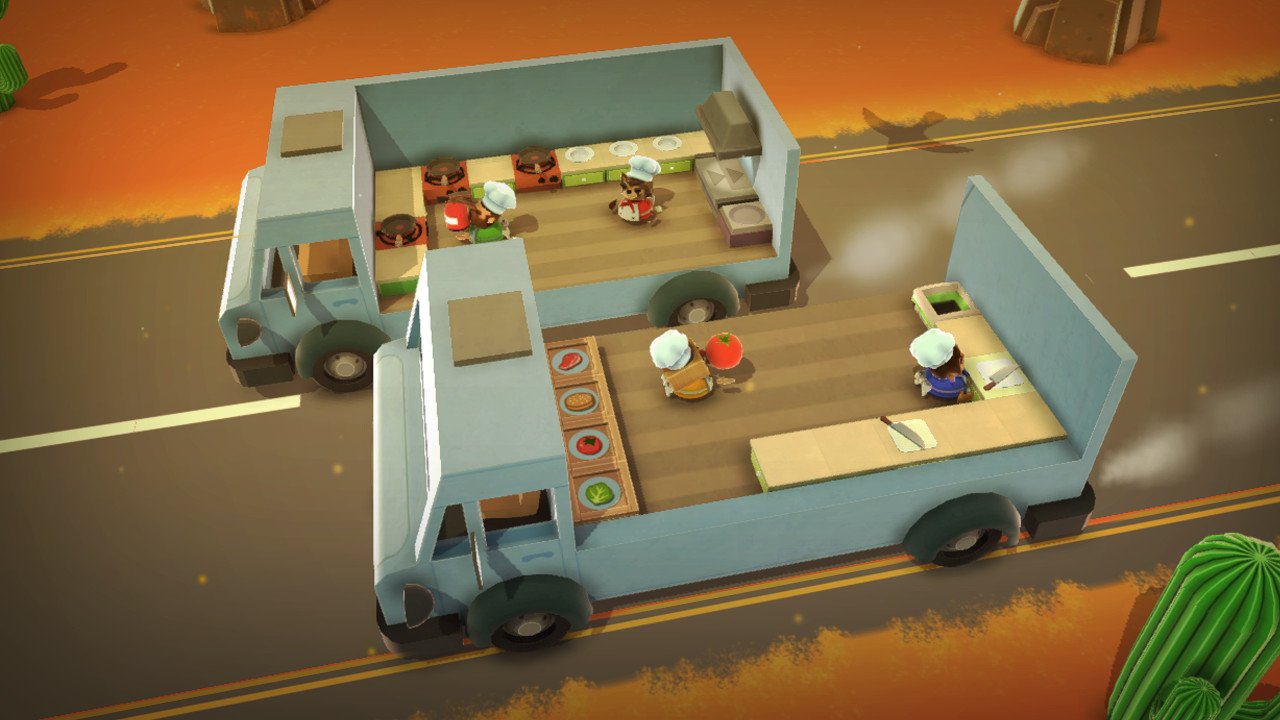 The premise of Overcooked is fairly simple. After being taken back in time to prepare for a possibly world-ending event, you travel to a number of different destinations and are tasked with cooking a series of meals in a given amount of time. Each kitchen has a total of up to three stars that you earn based on performance, and you can only proceed onward if you unlock at least one star. All of this serves as your training to eventually return to present day and save the world from obliteration. While the meals start off as simple vegetable soups, eventually you’re tasked with providing more in-depth orders, like hamburgers, pizzas, and burritos.

Fortunately, Overcooked is a rather easy game to pick up and learn. One button controls picking up and putting down items and the other handles actions like chopping up ingredients or washing dirty dishes. The simple design makes the game accessible to even the most novice gamers and actually mirrors the fact that someone with no cooking experience can pick up a knife to chop vegetables, or other beginner tasks. Things begin to intensify once the need for multitasking begins, however. For some of the more complex meals, you’ll need to gather the ingredients, chop them, cook them, gather everything together and plate it, deliver the order, and finally wash the dirty dishes that come back into the kitchen. After that it’s rinse and repeat for the duration of the level. Since you’ll likely have to intertwine most of these tasks and handle them at the same time, you’ll need to adopt a strategy if you hope to complete a level with enough points to earn a star.

I mentioned beforehand that the game is more enjoyable while playing with friends, and it also helps to alleviate some of the stress and frustration. While playing alone, you have two chefs at your disposal, but can only control one at a time. Switching between them is also controlled with a simple button press, although the chef you are not currently using will remain motionless in the meantime if they weren’t already working on a job. Therefore, you’ll need to constantly switch back and forth between chefs and carry out tasks that need to be handled if you’re going to efficiently use your available manpower. In levels towards the end of the game, it simply becomes almost too much for one person to keep track of and, frankly, too much to control on your own. 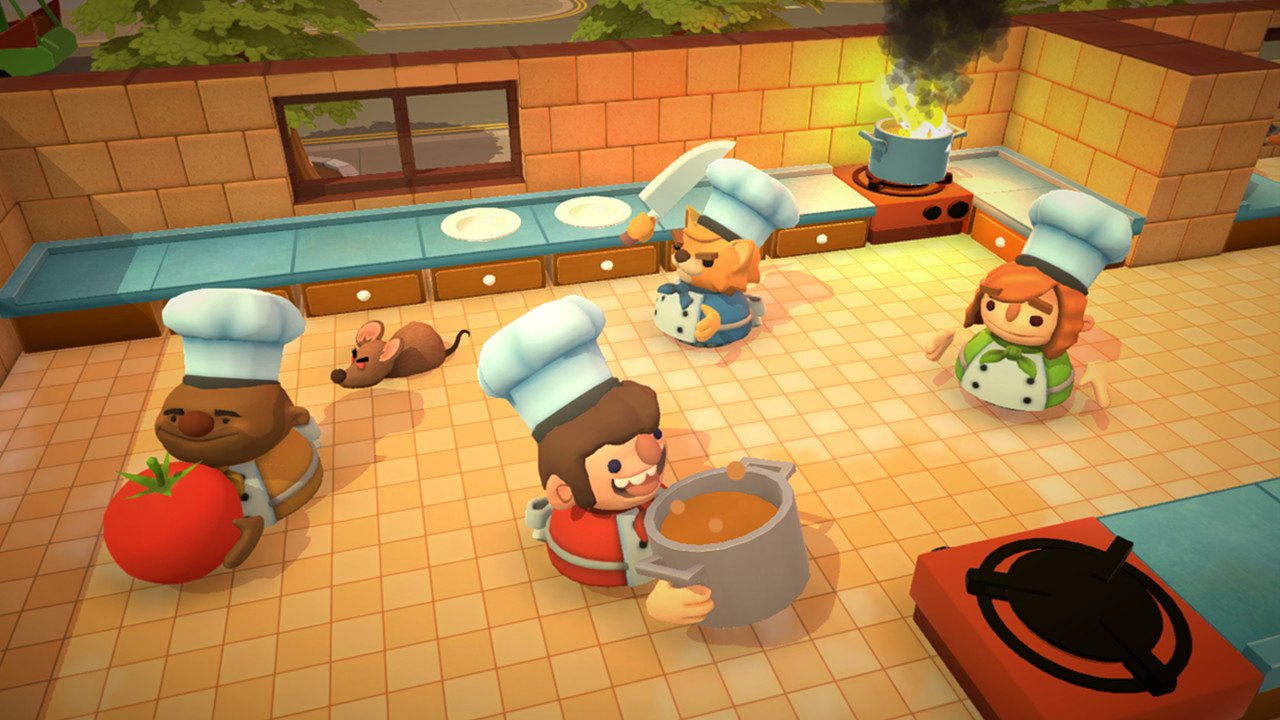 With so much to do in such little time, the movement is often not as precise as would be desired. A lot of the mistakes I made weren’t necessarily caused by a lack of judgement, but rather due to not being perfectly aligned with a pot or cutting board that I needed to interact with. The game was unforgiving in this sense, especially when considering how fast-paced every level has to be tackled.

The layout of the levels adds an entire level of difficulty as well. Each has a distinct theme based on the section of the map you are currently in. While your first meals are prepared in the stereotypical restaurant kitchen, you’ll eventually move on to locales like the deck of a sailing ship, the slippery surface of Arctic ice blocks, and even a futuristic space station. These kitchens are not controlled environments, but rather have variables that change and force you to adjust strategy. Maybe it’s an earthquake that temporarily splits the elevation of half the floor thus making it unreachable, or perhaps ingredients and stoves change positions several times during the allotted time. Sometimes the chefs are also physically separated from one another, which means that certain duties can only be performed individually, rather than by whichever chef is free to perform a new task.

In kitchens like these, playing alone becomes even more stressful to try and maintain what is going on. This is where Overcooked’s four-player couch co-op becomes the star of the show. With four players, the score requirement for each star is understandably more difficult, but a bit of the chaos is also reduced thanks to extra hands to handle every task. Everything remains the same with each level otherwise, but it no longer becomes a one man show to do everything. Of course, how smoothly everything goes with four chefs working in the kitchen depends on everyone’s ability to communicate effectively. Most of the time though, my co-op sessions quickly turned into unintentional hilarity, with people screaming out random vegetables and ingredients that they needed. Mix in a bunch of cooks frantically bumping into one another, and a bit of that single-player chaos begins to seep back in. Considering that quality couch co-op games are far fewer in between lately, Overcooked scratched that particular itch. While playing through the story, you’ll also unlock a number of competitive levels to play against each other to see who’s the real top chef of the group. These levels are rather standard and don’t throw obstacles at you, as it’s more of a challenge to see who can work more efficiently. 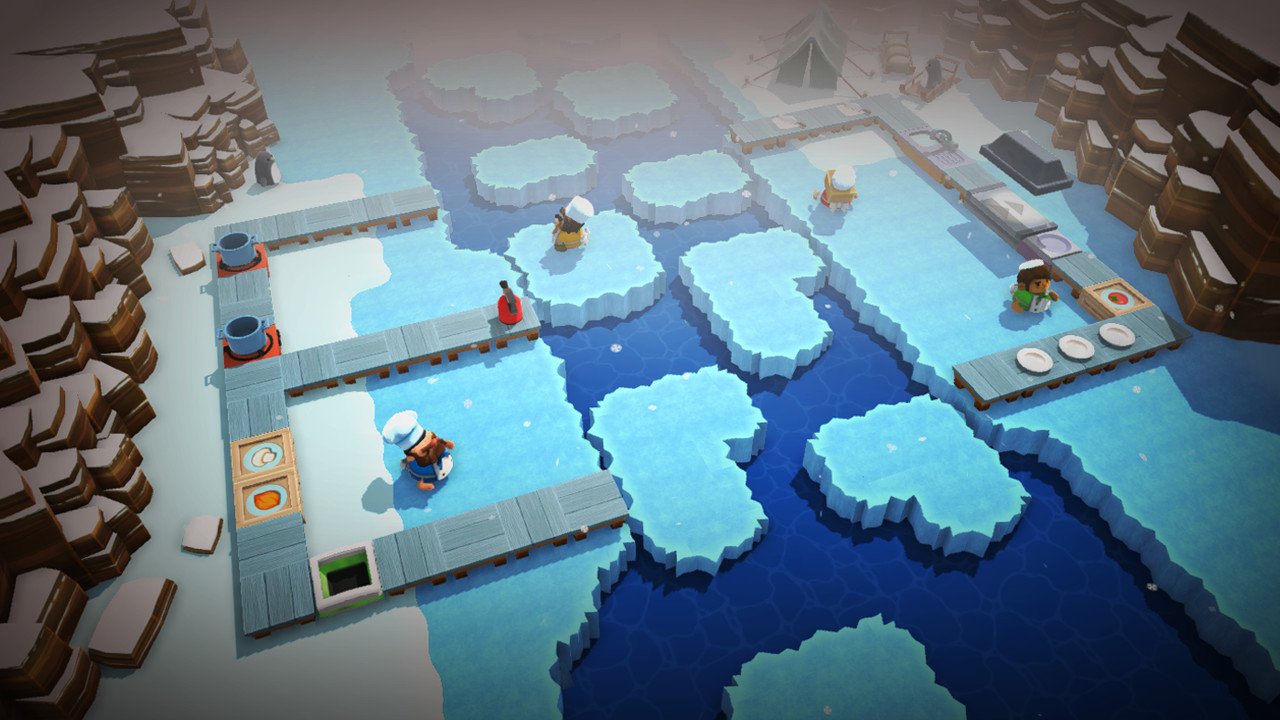 Overcooked is a silly game with a simple premise and controls that are beginner friendly. It takes the idea of cooking that many of us probably had as children and perfectly combines it with the chaotic reality that we know it to be. As I played across the many different levels, both alone and with friends, I was constantly surprised again and again how much of a challenge Overcooked occasionally supplied. While a strong group of players could undoubtedly play through the game in just a few hours, the competitive mode and the desire to perfect each level with three stars should provide plenty of reason to come back for more.

Our ratings for Overcooked on Xbox One out of 100 (Ratings FAQ)
Presentation
82
Set inside a bright, cartoonish world, the real challenge in Overcooked’s levels is masked efficiently.
Gameplay
80
The controls are so simple that even the most causal gamers can hop in and start playing. The levels vary thanks to different obstacles that are thrown in to trip up players. Controls could be tighter to match how quickly you need to move.
Single Player
75
Overcooked’s plot is meant to be goofy from the onset, but there isn’t much to it throughout the game. This is far more of a case of gameplay over story. Skilled players could play through the levels in a few hours, but the competitive mode and getting three stars on every level provide reasons to come back.
Multiplayer
85
Four-player couch co-op provides a lot of chaotic and hilarious moments to spend with friends. There is no online play, which would have been a nice touch.
Performance
90
There were no major bugs of glitches encountered while playing solo or during co-op. Occasionally, the game wouldn’t respond to the correct items on screen, going back to the need for tighter controls.
Overall
83
Overcooked capitalizes on its simple premise and easy controls to offer up a surprisingly challenging and addicting game. With a notable absence of couch co-op games these days for friends, this fills the hole perfectly. 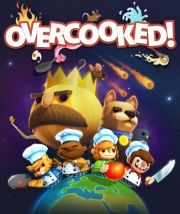 Our Review of Overcooked
83%
Great
The Verdict:
"A combination of the childish imagination of cooking and its chaotic reality"
Game Ranking
Overcooked is ranked #304 out of 1679 total reviewed games. It is ranked #21 out of 138 games reviewed in 2016.
303. Hyper Light Drifter
PlayStation 4
304. Overcooked