While the Call of Duty XP 2016 convention was taking place all around The Forum, a more personal set of conversations were happening in the Forum Club area, a small lower level lounge where a series of panels were hosted for the fans that wanted to know more about a particular aspect of the Call of Duty universe. The very first such panel was Building the Zombies Universe. Moderated by John Rafacz, Director of Communications & Social Media, the panellists were Jason Blundell (Director of Zombies mode) and Craig Houston (Lead Writer), both from developer Treyarch. 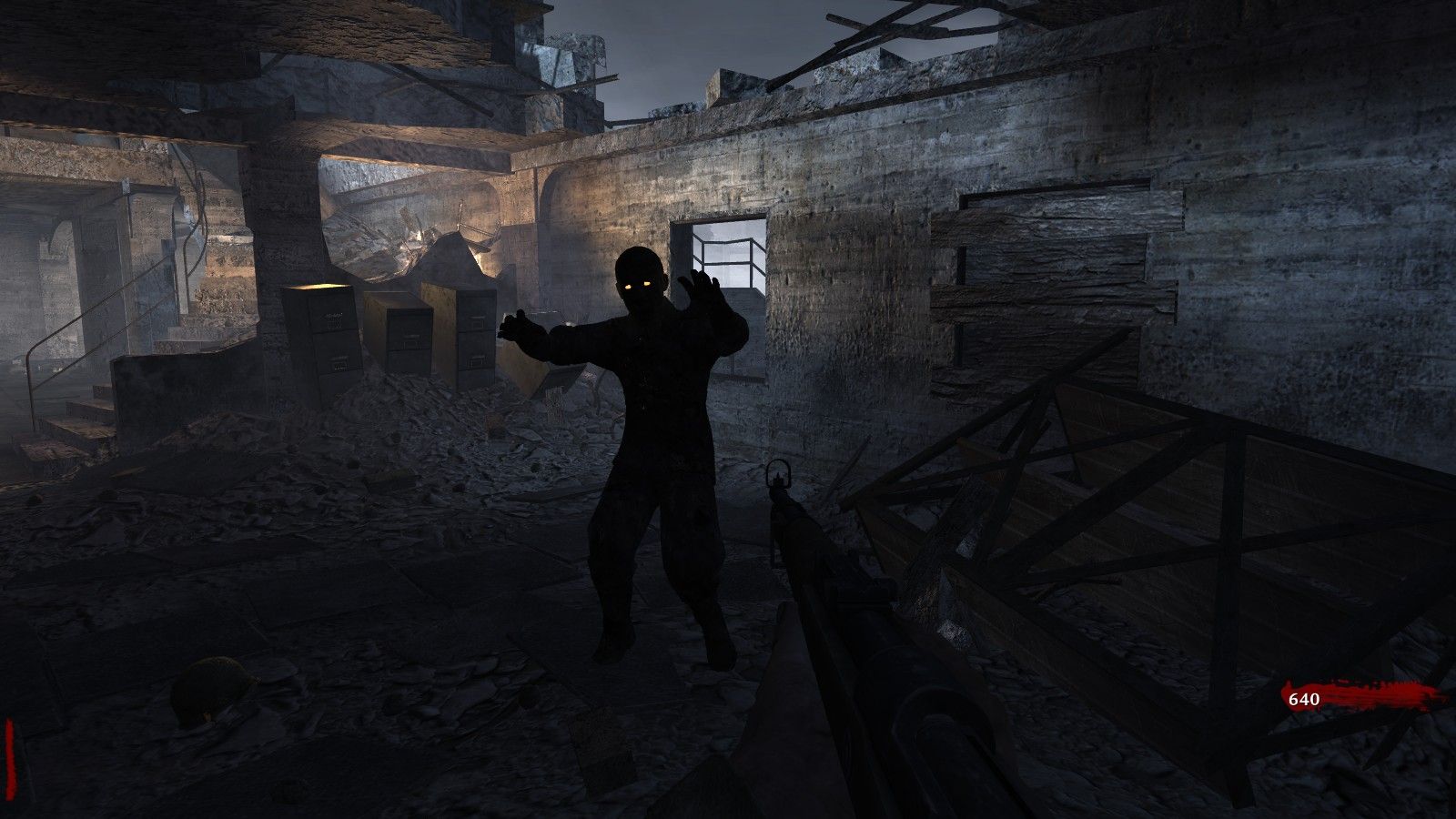 If it wasn’t immediately obvious, the panel was focused on the Zombies sub-franchise that has seemingly infected the Call of Duty series for a few years now. To kick things off, we got to see the new trailer for the upcoming Salvation zombie DLC for Call of Duty: Black Ops 3. Craig mentions that this is the biggest DLC that they have ever done for zombies, in terms of dialog and other audio content such as logs. He hopes that fans stop and listen to the work that they’ve put in it; there will be many loose ends that will be tied up (though not all), and the most attentive fans will get a lot out of this swan song for the current zombies saga.

For Craig, talking about zombies always makes him reminiscent about his 10 years at Treyarch. The idea of a zombie mode was born internally at the studio – it wasn’t an approved or a greenlit project. At the time, the team was working on Call of Duty: World at War, so trying to put a zombie game into a WW2 title didn’t make sense. It wasn’t a marketed feature, and instead treated more like an Easter Egg for those who finished the campaign. Thankfully however, the timeline of WaW’s release did see the rise of zombies back to the heights of pop culture, and so its inclusion was a rather nice coincidence.

Craig admits he is not very good at the mode, but he had a great time testing out the original release with his friends and family. Watching the idea grow within the studio and getting to write a lot of it was a great experience. Initially, characters in zombie mode didn’t speak and there wasn’t much of a story. But as DLC was getting released for World at War, voices began being included with the zombie content as a way to test the waters. 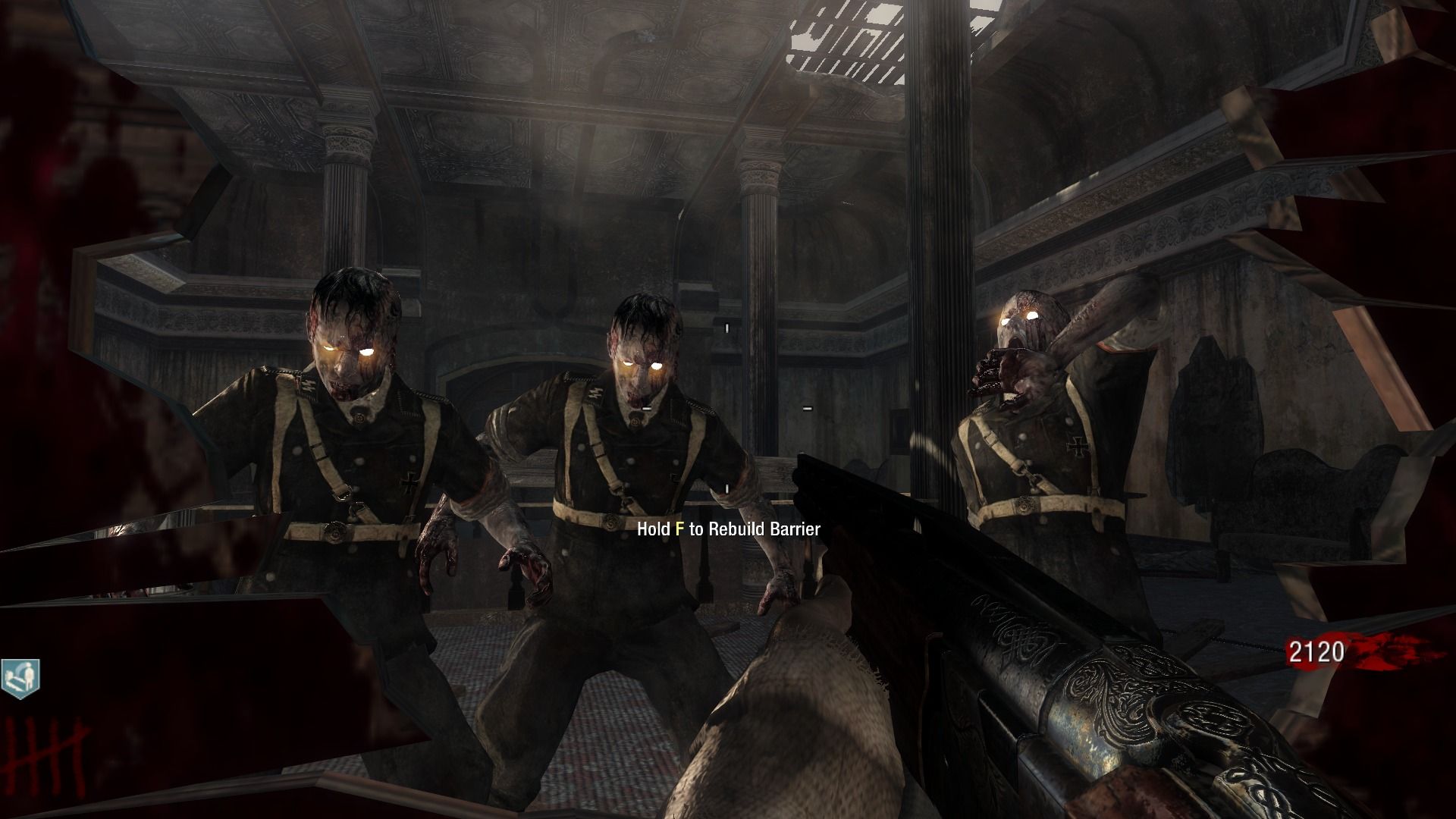 Meanwhile, for Jason the zombie mode is what he referred to as a truly the developer’s game, it’s something they got to create from scratch and with the passion of the 200+ people working on World at War at the time. The studio has grown to over 300 since then. The start of the zombies project was unorganized – a mix of ideas and different departments working on parts of the mode at the same time. There wasn’t any plan or leadership, but the fascination with the mode eventually got it started on the right track.

Craig chimed in, saying that the narrative in zombies modes wasn’t always told overtly. Players had to dig deeper to get a full picture, while others could still have a great time just treating it as an arcade game. Over the past 8 years, story elements have started to bubble to surface, as the narrative and universe has grown into much bigger phenomenon than was ever expected.

Call of Duty: Black Ops 2 marked the biggest step forward for storytelling in the zombies mode. Craig and Jason mentioned that this was the first time they seriously considered the story elements and characters that they were creating, and delved into themes deliberately. By this point, Jason says that the zombies mode had grown to be so popular, random staff members at Treyarch would come to his office with concerns – about the sort of themes and character developments that they planned, and where the story would be heading. Fans began to grow attached to the greater universe and its mystery, and had real opinions on where things could go next. 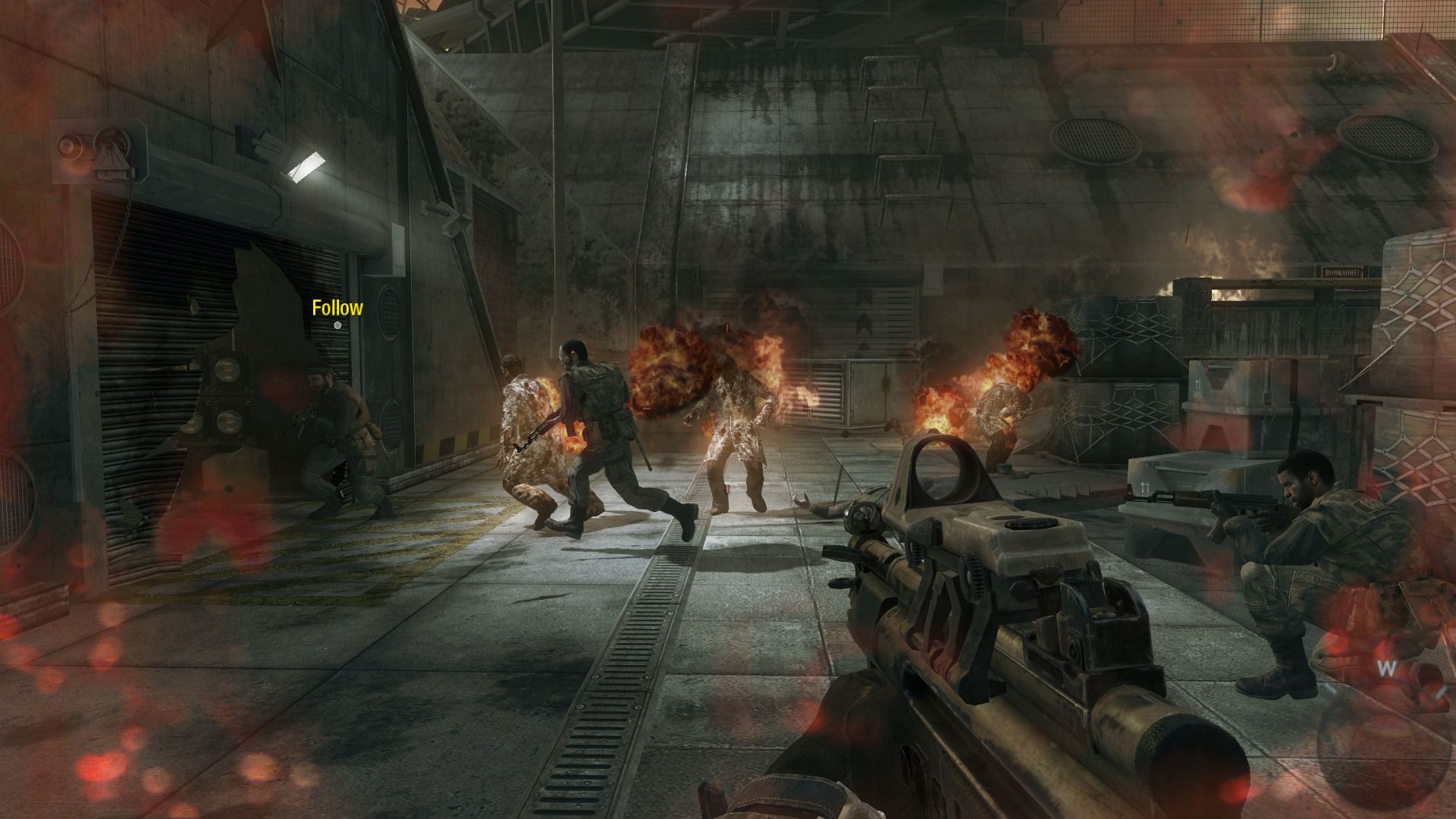 For Jason and the team, releasing the upcoming Salvation DLC is no different from putting out the first or last episode of a zombies DLC season. They love to hear fans react, and always strive to make something that the community will enjoy and engage in. Having said that, they are weary of doing exactly what the fans want as that isn’t the best choice. So there is a constant fear of missteps or poor judgements. As a side note, Jason mentions that even at launch there are over 60 people dedicated to watching videos, streams and fan reactions so that the team can quickly identify any issues with the mode.

Following the discussions, there was some time for Q&A. A fan asked if decrypting the cipher currently in Black Ops 3 zombie DLC will be worth the effort required. Jason took to answering this question – as he is the one who puts them in. For him, it’s very interesting to see how far he can push the community to solve the encryption in the game. For the latest DLC release, he believes that it is uncrackable – well, at the very least he expects it may take as long as two years. Jason says he hopes that decrypting is enjoyed as an intellectual challenge for the fans, rather than a race for a mind blowing prize.

Another fan inquired – with a greater continuing narrative, if there are any plans on introducing new players to the universe that maybe haven’t played all zombies since their narrative debut all those years ago. Jason answered that the team is in fact currently planning such an approach. The Origins stories and everything that followed were planned out – and they are now preparing for the next narrative chain. When it comes to onboarding new fans, the mentality is that the team do not want to hold the player’s hands. They believe that the hardships and confusion that comes with getting involved in zombies is part of the intended experience. Sure, they could create recaps and tutorials, but Jason is of the opinion that games are too soft these days. So instead, Treyarch try to strike a balance between medium/high skill level. Craig/Jason both admit that they are not very good at the game, but this challenge is an integral part of the mode. 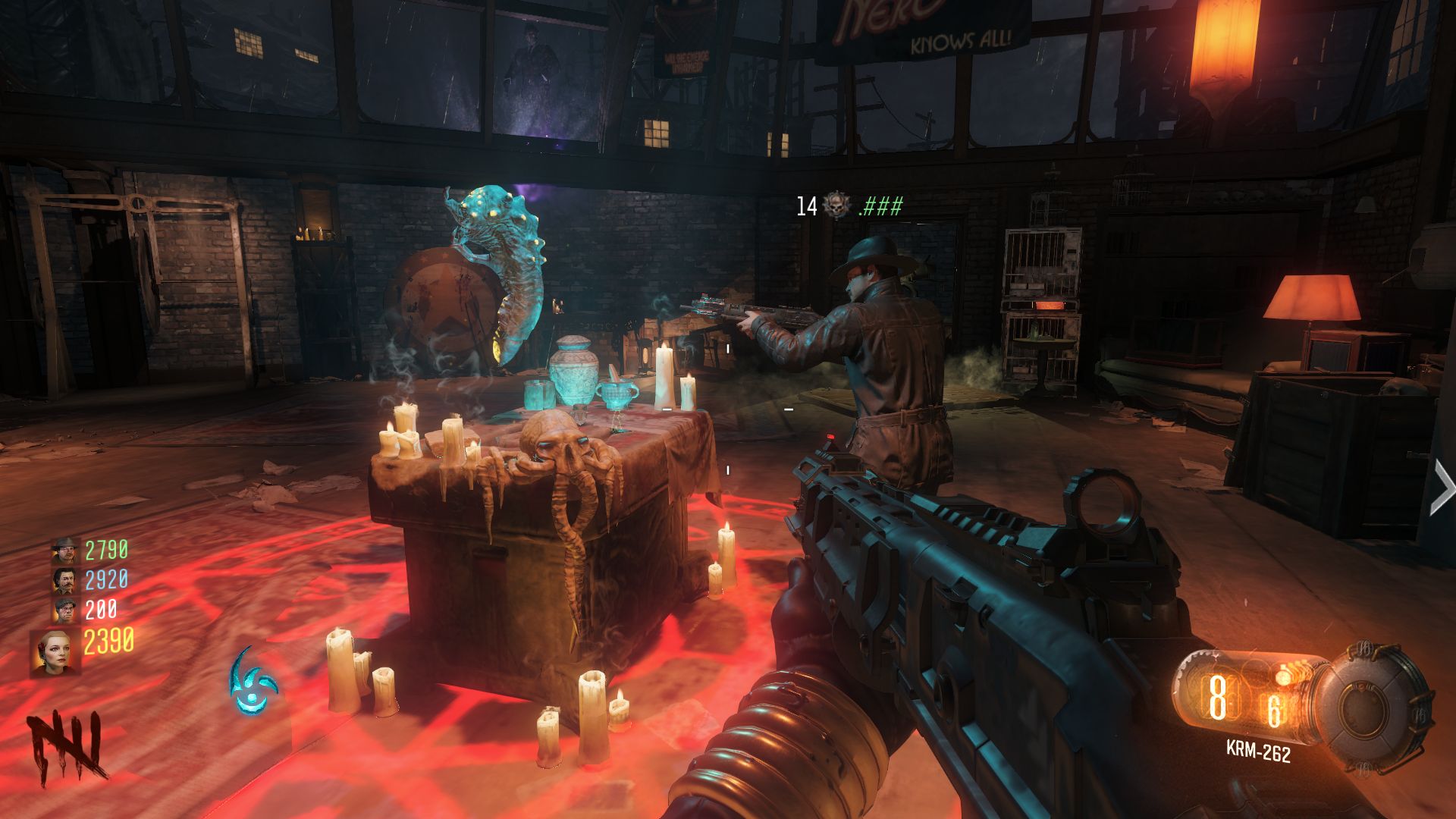 In closing, Jason requested more beer (which was quickly denied by John), while Craig performed a couple of classic jingles, as he is in fact the voice of the many original perk machines. Overall, this was a rather fun and relaxed panel. Both Jason and Craig once again very passionately thanked the audience for their time and their love of the zombies mode. They are always humbled by the fan reactions and the passion of the community fills their souls, as artsy as that may sound. And to thank the fans that attended the panel, everyone received an exclusive set of prints of all the zombie DLC posters from Black Ops 3. Both Jason and Craig continued to show their shared passion for the zombies with the fans after the panel, by handing out these posters themselves and chatting with the attendees.