Xenoblade Chronicles X is perhaps the most epic game to ever grace a Nintendo console, Zelda series notwithstanding. To be honest, it even gives that flagship franchise a run for its money, certainly when it comes to scale. There were more than a few moments of frustration, a healthy dose of head scratchers, and some features I felt could have been executed better. Yet when all's said and done, the grandiose nature of this game, the deceptively elaborate and well-crafted mechanics, the memorable characters, and most importantly - the enticingly addictive gameplay, allowed me to overlook the game’s few blemishes for the most part. And even though in the back of my head, I couldn’t quite shake that nagging feeling that this game held some unrealized potential, I’d be lying if said I didn’t vastly enjoy the enchanting experience Xenoblade Chronicles X offers as a whole. At the end of the day, it still stands out as a downright charming action RPG that is one of the most fun and interesting I’ve played in recent memory, particularly when it comes to Nintendo offerings. 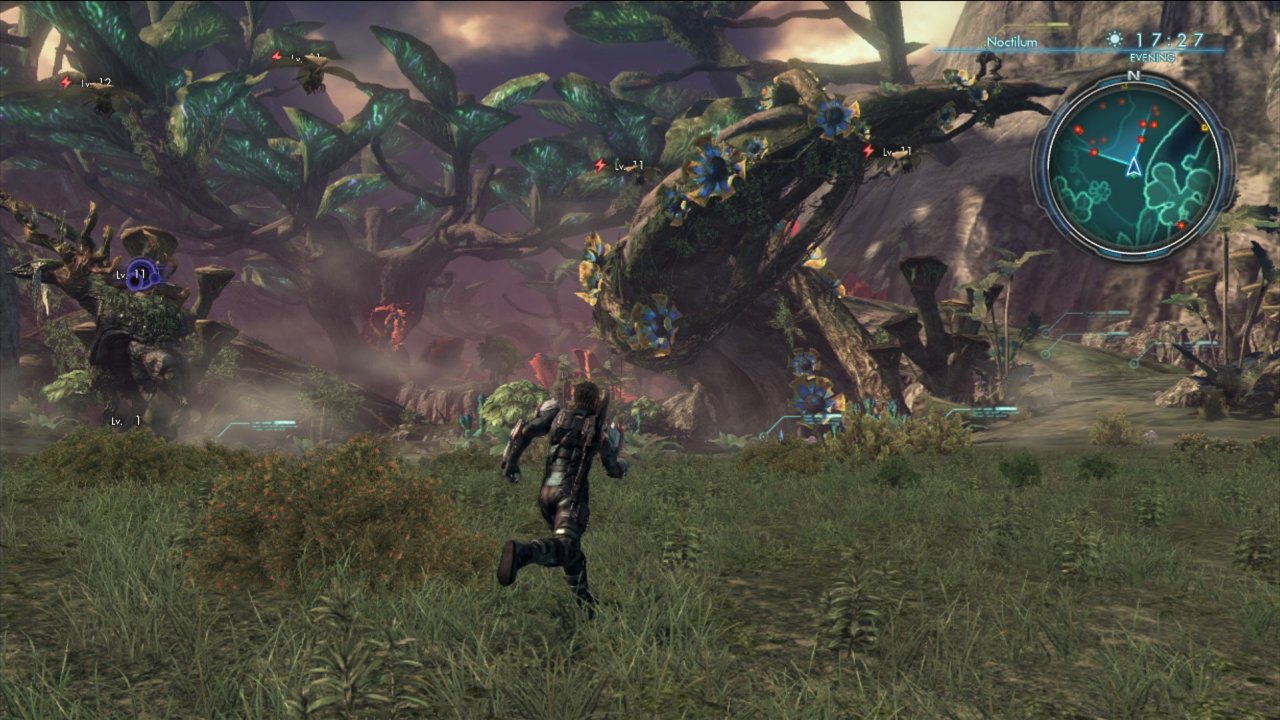 As rich and enthralling as the game is, there isn’t a whole lot to be said about the story, at least in the early goings. However, once you’ve delved several hours into the game, it begins to pick up, mainly in the form of story missions, as well as some of the so called “affinity quests”, which exist as a means of both fleshing out characters as well being a key component within the game itself. You play as Cross, one of the few surviving earthlings who is forced to start anew on a foreign planet known as Mira, after Earth has been caught in the crossfire and carnage of alien warfare. While Mira looks pretty and unthreatening, it is full of danger, and the intimidating aura of the unknown constantly looms like a dark ominous cloud.

A variety of colorful and imaginative life forms are crawling about, many of them hostile, and some of which pose a threat to this last collection of human civilization, which is now concentrated in a gigantic city known as New LA. This human habitat is both familiar and charmingly creative, as it resembles Los Angeles in style with a futuristic flare. Gazing upon its giant UFO-like exterior from vast distances when roaming the plains is a pretty neat sight to behold, and adds to the unique character of this location in which you will end up spending much of your time.

Sitting vulnerably in the middle of this strange new world, this portable colony exists as a last bastion for humanity while many of its inhabitants work together to learn about Mira, its native creatures, all while retrieving parts of their only surviving ark (essentially a sort of giant space lifeboat), called the White Whale. While the game obviously focuses on you as the primary hero in the game, you are basically one among many, working in tandem with a group called BLADE, which acts as a sort of heroic defense force and exploration team for humanity on the planet. 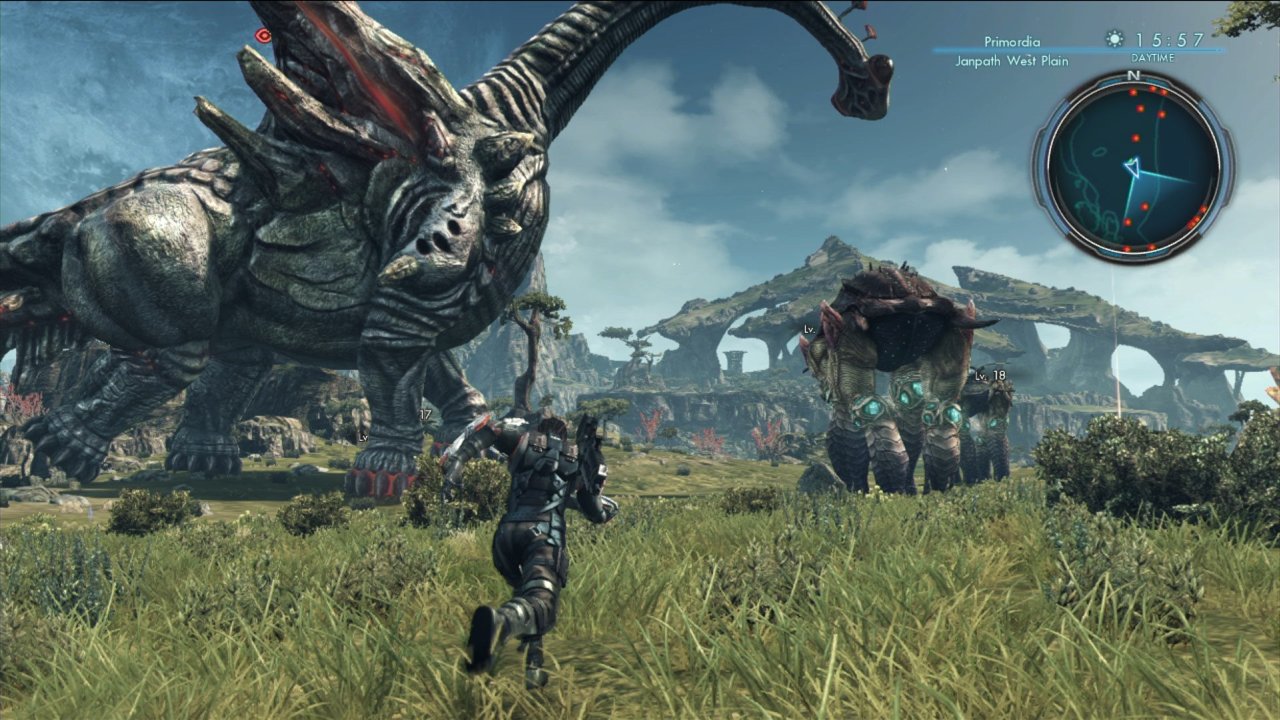 Aside from the main story, there is a healthy dosage of peripheral tidbits regarding the backstory of the various locations and characters, and you’ll find yourself yearning to uncover more, not just of the awe inspiring environments, but from the story behind them. And while I found some characters' stories to be a bit dull, the game wisely throws in some colorful dialogue to offset some of this, further enhanced by frequent use of surprisingly good voice acting and some distinct, memorable personalities. Aside from the liberally placed cutscenes, and the forced (but nonetheless enjoyable) story missions, the game allows a degree of open world freedom not typically seen in a Japanese style RPG. As a result, the gamer can largely create their own narrative. If you so chose, you could forgo many of the emotionally charged affinity and NPC quests scattered throughout the vast lands of Mira and focus on your more typical fetch quests. While these will eliminate much of the cutscene fluff, I often found these to be a little too simplified, as they typically consist of searching for random items or materials, or taking out specified enemies. To further add to the frustration, the game, for some odd reason, usually chooses not to offer you the convenience of pinpointing these targets on your map, making for an often painstaking process of going on a wild goose chase to seek out these desirables. Still, the missions offer a nice change of pace on occasion, providing an excuse to wander off from the game’s imposed narrative and do your own thing for a bit, allowing you to take in the rich environments as you venture out.

Xenoblade Chronicles X is also deceptively deep and complex in terms of the mechanics and customization, which will constantly be throwing curve balls at you just as you think you’ve fully wrapped your head around the game. Admittedly, I had stumbled upon more than a few subtly presented features and functions that had me saying “oh, I can do that?” several hours into the game. I’d classify this as both a strength and somewhat of a weakness. It certainly is a refreshing change to be left to use your own mind without having a game constantly hold your hand or bombard you with tutorials. At the same time, odd moments were so frequent that they presented a somewhat cryptic and confusing feel that sometimes bogged down an otherwise outstanding experience. This is probably the first game in many years that I can honestly recommend giving a good read through at least some of the elaborate manual, at least if you want to get a real feel of what you’re doing off the bat. That said, you will still probably get a healthy dose of entertainment from this action RPG even if you are simply coasting along with even a partial grasp of it workings; it’s just that the more you understand about the mechanics and features, the more enjoyment you’ll likely get out of it.

Perhaps the prime example of the sometimes intimidating complexities interwoven into the otherwise appealing gameplay is the unique battle system. Drawing some similarities to the original Xenoblade for the Wii, the game utilizes a system of action and turned-based style working in tandem; the turn based mechanics coming in the form of the cooldowns which place limitations on how often a move can be used. The various moves, known as “arts”, are a mix of long ranged weapon based attacks, melee strikes, buffs, and debuffs. There are also “auras”, which are a sort of glorified buff that requires the use of “tension points,” or TP, which is essentially the Xenoblade equivalent of mana. By the way - as it seemed to be a reoccurring theme with me - I didn’t find out that TP could be used to revive a player until I was well into my adventure. That would have been useful to know, but I digress… 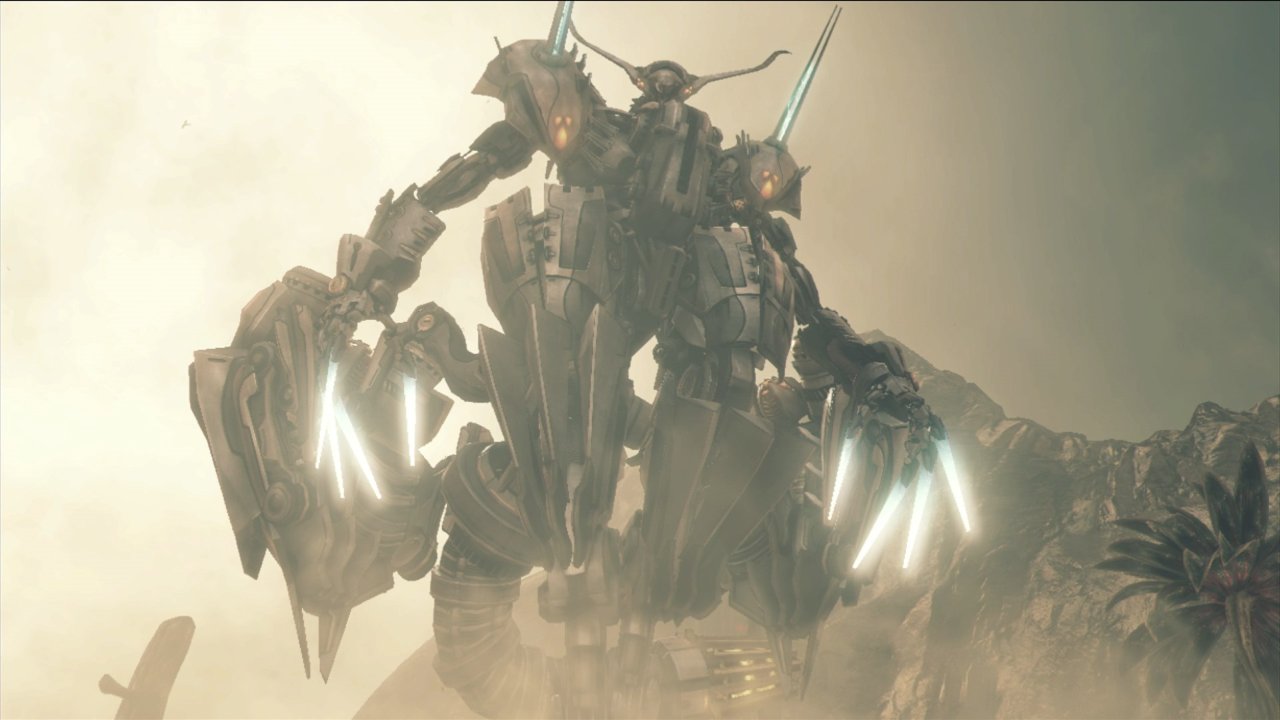 Certain arts will bring about negative effects on enemies, which help set the stage for a tactical advantage through the usage of boosting the effects of additional arts, once one various conditions are met. For instance, an art may cause an enemy to become toppled in certain instances. This will then increase the usefulness of, say, the flame grenade art, which provides increased damage only when an enemy is toppled.

Similar to this mechanic is the “soul voice” feature; a useful tactic that grants boosts of attack power, defense, or other buffs when certain actions or conditions in battle are triggered. This element adds a layer of strategy to a seemingly simplistic fighting system, and enables the player to gain a tactical advantage over their opponents, many of which otherwise prove to be out of your league. These soul voices can even be customized and tinkered with to the user’s liking. The process seems intimidating upon first glance, but it proves a simpler concept than it appears in the menus.

In addition, there is a corresponding “soul challenge”, which appears abruptly upon the successful implementation of soul voices during battle. This shows up as an outer white ring encompassing a blue circle. It offers bonus rewards such as healing and increased damage upon hitting the B button at the proper time as a ring moves through these color-coded circles. On top of all this, there are also battle commands which can be used to at least partially mandate certain actions of your CPU controlled party members. These actions include backing off an enemy, assembling to your position, or concentrating fire on a certain target. 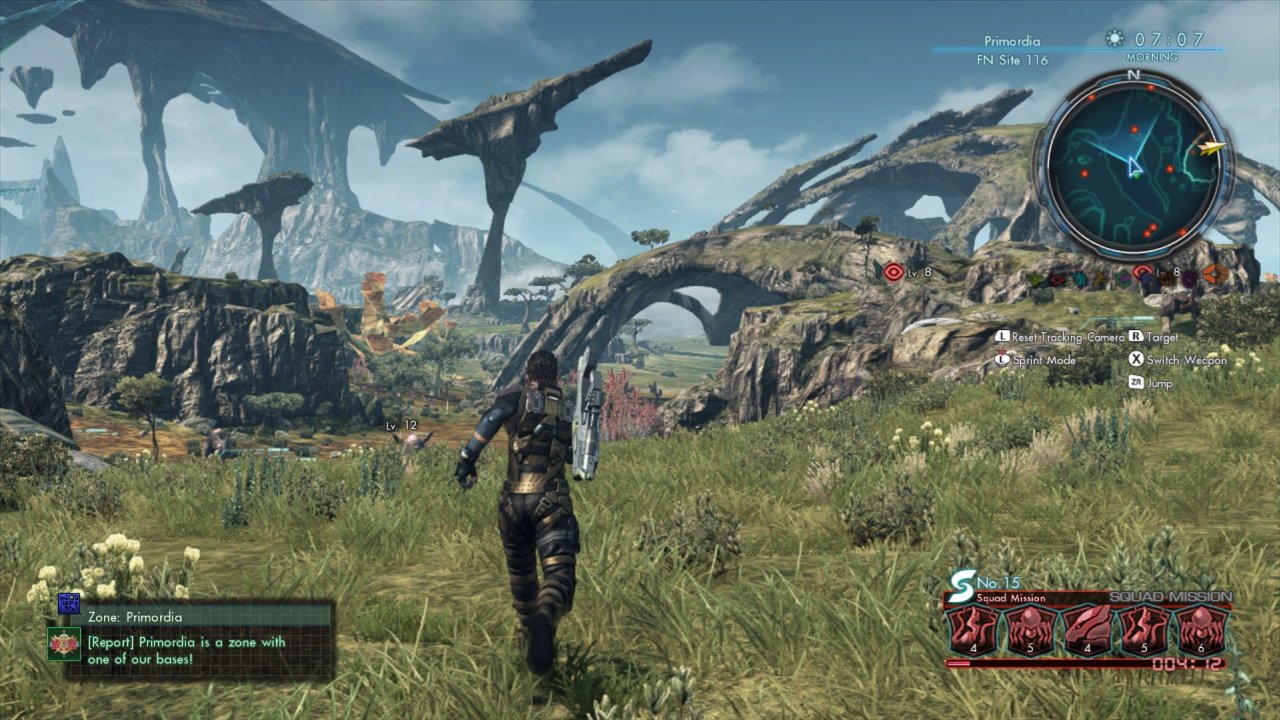 Battles often become a juggling match of keeping an eye on various aspects from the cooldown of your arts, the prompts of triggered soul voices by either you or your party, as well as the behaviors/current state of your opponents. It’s essentially a game of organization and time management; making the most out of your actions by utilizing them at the right time or under the right circumstances. I found battles to be an overall thrilling experience, and though I ended up spending a good chunk of my adventure engaged in battle, it rarely felt old and I almost always had fun with it. It proves to be a fantastic blend of adrenaline-pumping action and strategy that makes for a well-rounded gaming experience.

To further boost your power and overall effectiveness in battle, be sure to frequently check and tinker with your party's equipment and abilities, as more arts will be unlocked depending on your chosen class. These, along with permanent class skills, can be upgraded, which will prove essential to keep up with those higher level baddies that are somewhat randomly placed throughout. Weapons can be obtained through shops in town, or as random loot from enemies, which can also be upgraded thanks to augments. These are nifty little tools of customization, and are unlocked by spending the sort of universal resource of Mira, appropriately called “Miranium.” They act as a sort of weapon/armor equivalent of a player buff, with traits such as increased critical hit chance, decreased cooldown, and attack boosts. 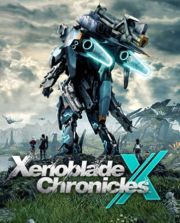