We get a first look at the new vehicles for Skylanders

When you’re working with a hugely popular franchise, to the tune of over $3 billion, there are heavy expectations not only to produce a quality product, but continue to innovate and offer something new on a yearly release cycle. That’s exactly the sort of challenge that the team at Vicarious Visions faces with the Skylanders franchise. As Troy Busse, a member of the dev team, told us during our time at E3 with the game, the toys-to-life series has continued to meet those expectations. With this year’s Skylanders SuperChargers, that innovation is the addition of vehicles. 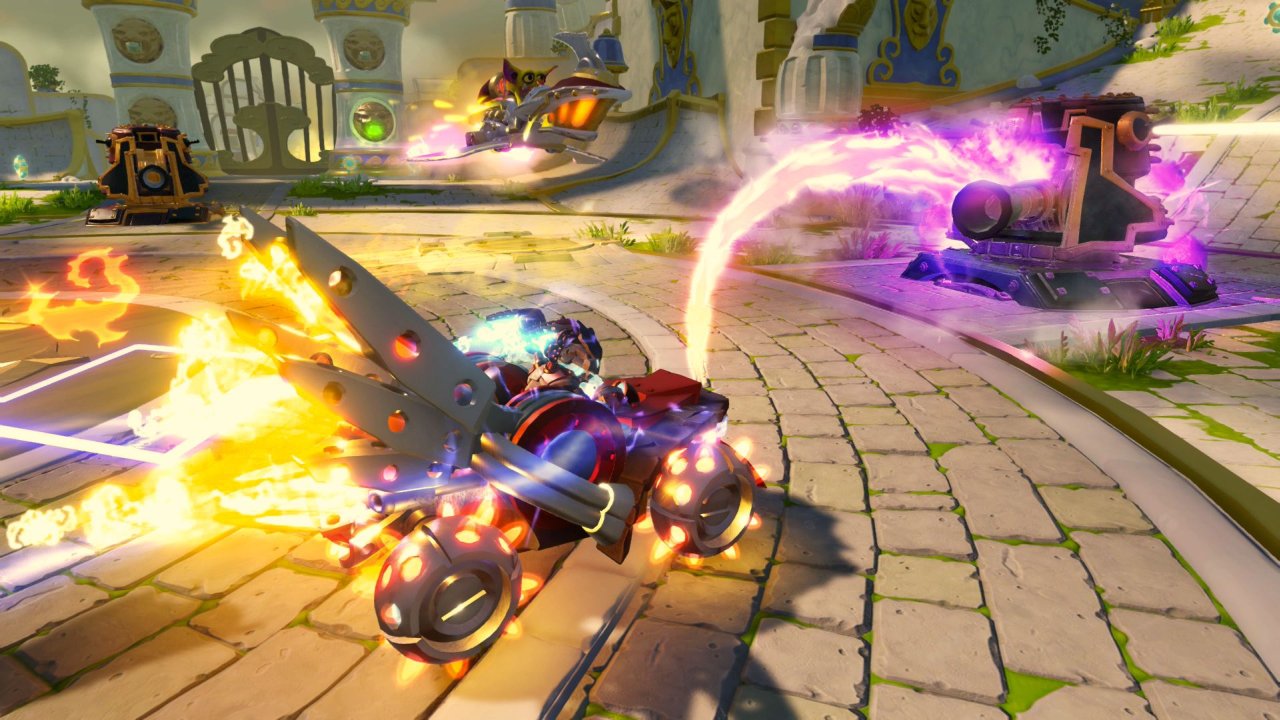 The new game will feature a variety of vehicles from across different sea, land and air types – from speedboats and submarines to helicopters and cars. These vehicles have been built with the same quality and attention to detail as the regular Skylanders, and various aspects such as the tail on a submarine or wheels on a car will move or function – so that kids may continue to play with these toys outside of the video game, as they already do with Skylander heroes. Unfortunately, due to a large variety of shapes and sizes of Skylanders, you won’t be able to physically fit the toys into the cars.

But why do the Skylanders need vehicles in the game? The main villain Kaos never stops trying to take over Skylands, and his latest attempt reveals a massive “Doomstation of Ultimate Doomstruction” weapon. This weapon is capable of destroying entire cities and even the sky itself, so a special team of Skylanders known as SuperChargers have been assembled to stop him. They have vehicles to traverse new hazardous environments in the game that wouldn’t be otherwise accessible to regular Skylanders.

Our demo began with the classic on-foot section. Taking control of Shark Shooter Terrafin, we jumped and blasted our way through some foes in classic Skylanders fashion. The gameplay looked very familiar, with coin collecting, platforming, and combat. There was a simple push-block puzzle to solve, with more complex puzzles promised later. There was also a treasure room, and to unlock it we needed to ring a few gongs in a certain order. To help bring more thrills to treasure hunts, the game will spin for a random prize once you’ve unlocked the treasure room.

Soon, we arrived at a point where the game offered a hovering symbol of the sea. This indicated a vehicle section, so we placed the Reef Ripper on the portal, and the vehicle appeared in game. This sea machine allowed us to play through a linear underwater section, where we could shock sea monsters with electric charge and shoot bubbles. Eventually, we came across the objectives and unclogged the river, thus draining the water from the flooded village. The developers point out that the section can be replayed later, and will be more open-ended with opportunity to roam the waters. 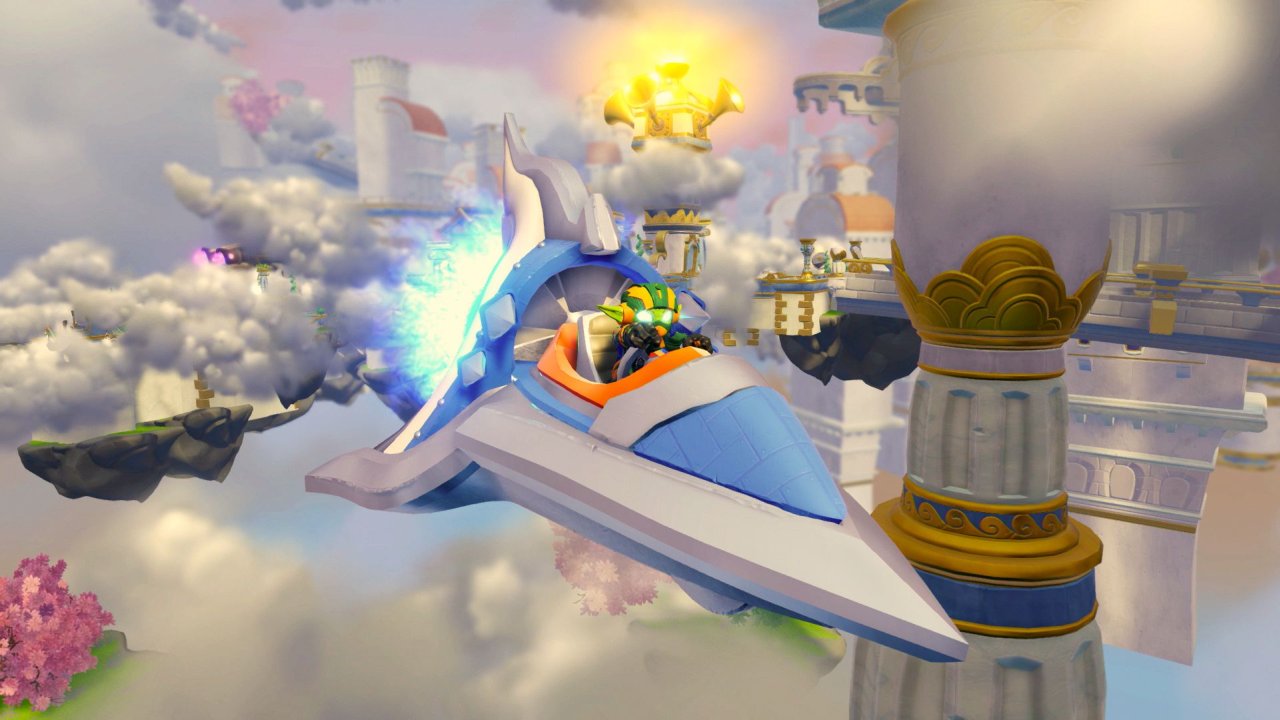 Each vehicle will have its own gameplay mechanics, and to demonstrate we hopped into the Hot Streak, the car that comes with the starter pack for SuperChargers. We drove over huge gaps, bouncing over floating balloons, and eventually coming to a fairly open grassy area. Roaming around the area and defeating foes, Hot Streak showcased its powers of boost and flamethrower attacks. But in order to make the vehicle better – more damage, better control, and a new look – we paired it up with its SuperCharger Skylander, Spitfire. This supercharged the car, giving it a new look and making it more powerful and versatile. There will be 20 SuperChargers and 20 corresponding vehicles released in total, so each will have a match.

Vehicles will also have their own currency – gearbits – used to update the various parts for better stats. Collecting these gearbits is simple enough, but players can also perform stunts like jumps and drifts, which will earn you more currency as you collect it. After driving around the small arena, we swapped vehicles again, this time choosing Sky Slicer.

As the name might imply, this was an airplane-like vehicle. We were now participating in dogfights above a huge flying dragon, trying to protect the temple located on its back. The demo was certainly doing a good job showcasing every vehicle type and the kind of experiences that are possible in the game. After defeating all foes, the temple was saved and our demo concluded.

The developers point out that all previous toys will be able to be used in SuperChargers, not just to play but even to ride in the vehicles. Further, if you’re not in the mood for more physical toys, there will be a digital version of the game that includes digital versions of the starter pack toys. All previous game bases will support the new toys and vehicles, as well. Given that the vehicles introduce whole new gameplay sections, the developers made sure that players aren’t left out – so SuperChargers campaign can be fully completed using just the starter pack vehicle. The sea and air sections, however, will remain unavailable unless you get the corresponding toy.

Although we’ve had a chance to check out Skylanders quite often in recent years, the developers continue to showcase something new and worth noting every year. After last year’s villains, SuperChargers’ vehicles seems like yet another notable step for the franchise, and not just a new iteration of the same gameplay with the familiar looking toys. 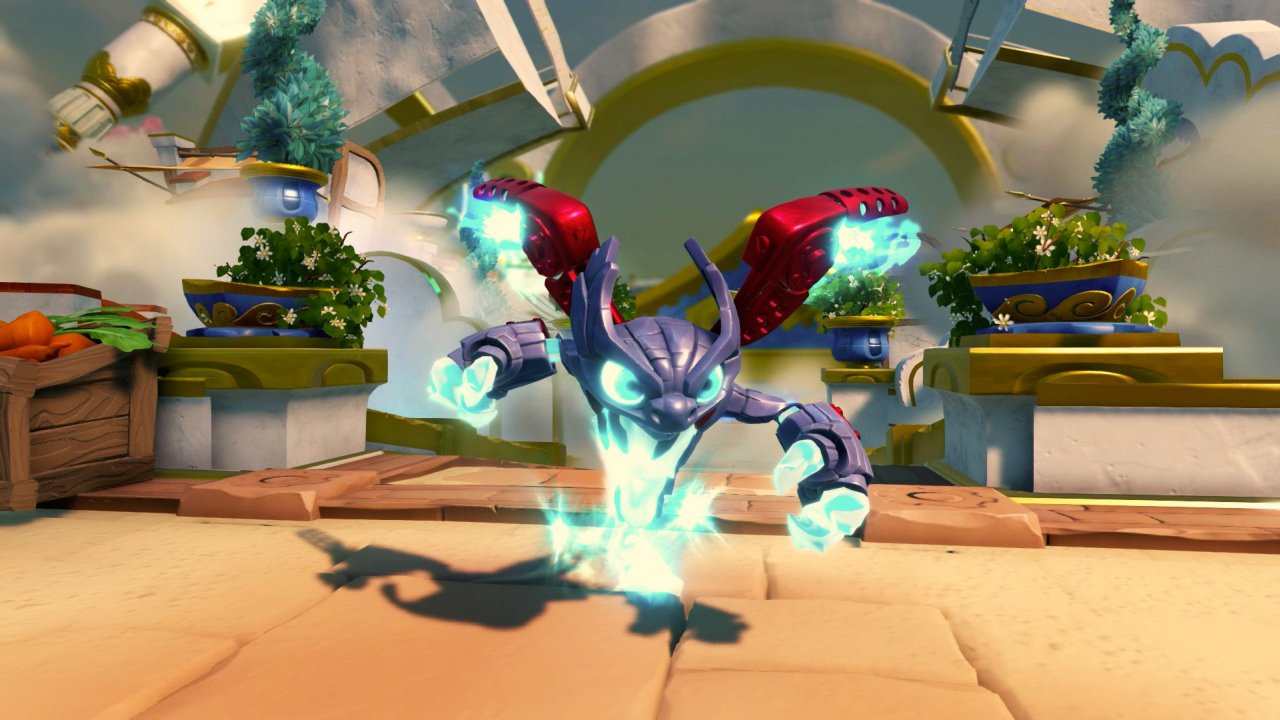 Skylanders SuperChargers will be available on September 20th, 2015 for Xbox 360, Xbox One, PlayStation 3, PlayStation 4, Wii U system, and a different, unique adventure will be made available on Nintendo's Wii system and the Nintendo 3DS hand-held system.

All videos for Skylanders SuperChargers (2)
Advertisement ▼