It’s hard for me to peg down what exactly makes the world of the Risen games feel so alive and full of charm. I think it has something to do with the fact that almost every single NPC has a purpose and a personality, whether it be as an inebriated quest giver, a surly merchant or a condescending trainer. It’s rare to find a NPC that doesn’t have some reason to be there, and even rarer to find a NPC who you can’t talk to. In any case, the world of Risen 3 is once again alive and teeming with stuff to do, but this time the developers have addressed several of the issues that made the last two games feel clunky and unpolished, despite still leaving us with a bland story and some remaining bugs and glitches.

In Risen 3 you play as the nameless son of Steelbeard, a legendary pirate whom you probably remember from the second game. The tutorial is staged with you as a pirate on the high seas in the midst of a scripted battle that will probably leave you with a bad taste in your mouth. Once you get past this mess, things quickly improve as you find yourself on an island with your sister Patty (another returning character) in search of a mysterious treasure. Things predictably go wrong as you encounter a shadow-lord who promptly kills you. Shortly after you are resurrected by a crazy druid named Bones, who informs you that the shadow lord has stolen your Soul while your body remains on Earth. The Risen games have always had clumsy narratives, and the third entry is no exception, with the quest to reunite your body and your soul forming the jumping-off point for the tepid main storyline about once again defeating the shadows/Titans who are now using portals to invade our planet. 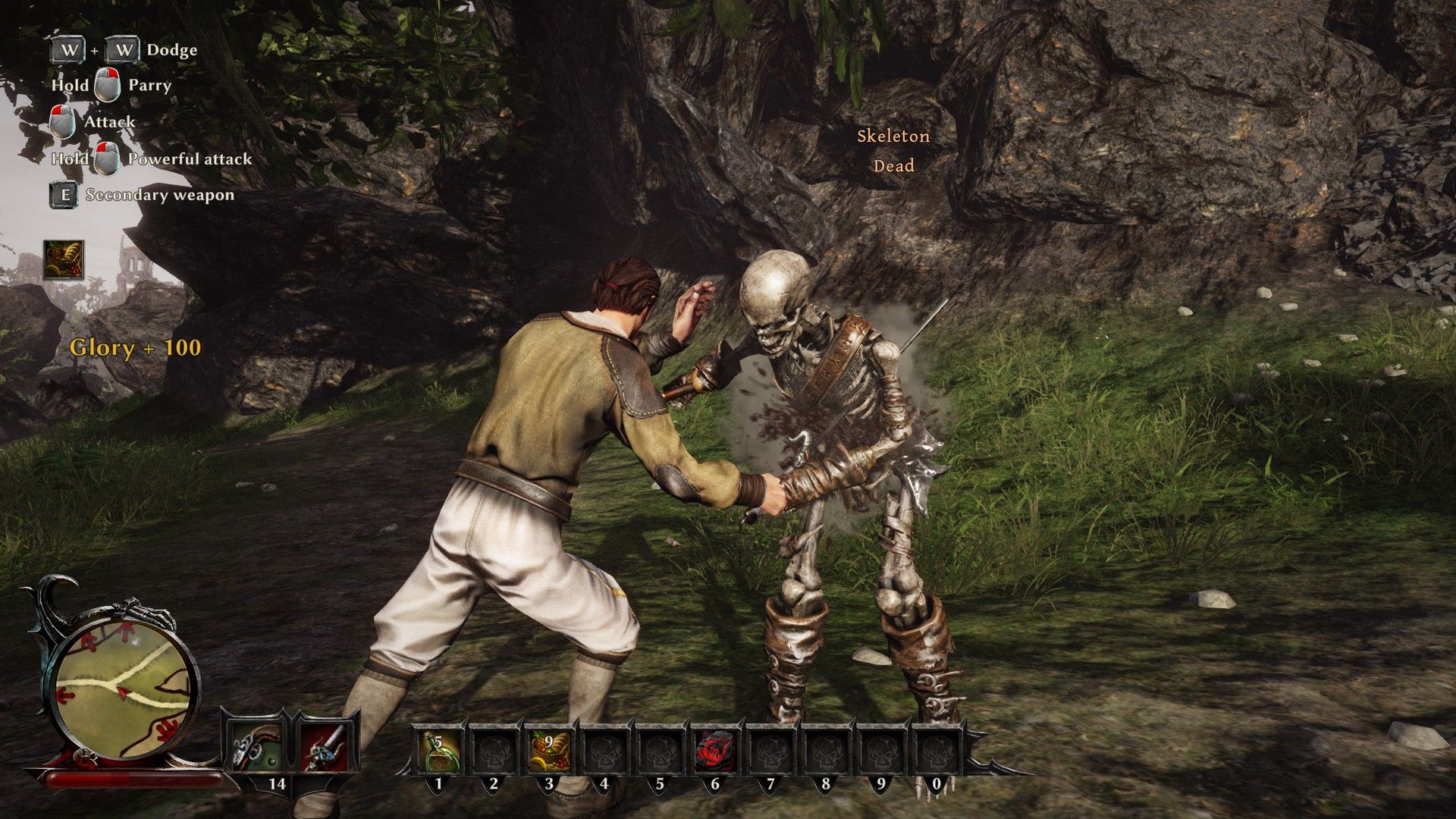 Previous Risen games had slow, challenging starts that confined you to a relatively small area for several hours while you got to grips with the game's various systems. Risen 3 bucks this trend; at the end of the hour-long introductory sequence when you are resurrected, the game opens up completely as you gain access to a small ship that lets you sail between numerous islands. The shear amount of content available from the get-go might seem initially overwhelming; everywhere I went dozens of quests accumulated in my journal and the main storyline quickly became buried behind much more interesting side endeavors. There were times when I wasn't even sure what the main quest was, given how many side quests seemed just as important and are often linked inherently to the main storyline.

Eventually it became clear that in order to progress further into the game and obtain a proper ship I needed to side with one of the game's several factions. The Mages offered up powerful Crystal Magic, the Demon Hunters had a cool ancient order vibe going on, while the Pirates offered up Voodoo tricks which return from Risen 2. I eventually sided with the Demon Hunters since they were the first major faction I came across, and after about ten hours I was a full member of this group. Once you join a faction there is no going back; your appearance changes and you gain access to faction-specific equipment and training. The first Risen had a similar story structure where you needed to side with one of two factions, and as with the first game the replay value soars as a result due to faction specific quests, gear and abilities. The overarching story and ending however do not change based on the faction you choose. How long you spend on a single playthrough of Risen 3 will largely depend on how quickly you choose a faction; you can opt to shop around or make your choice immediately. 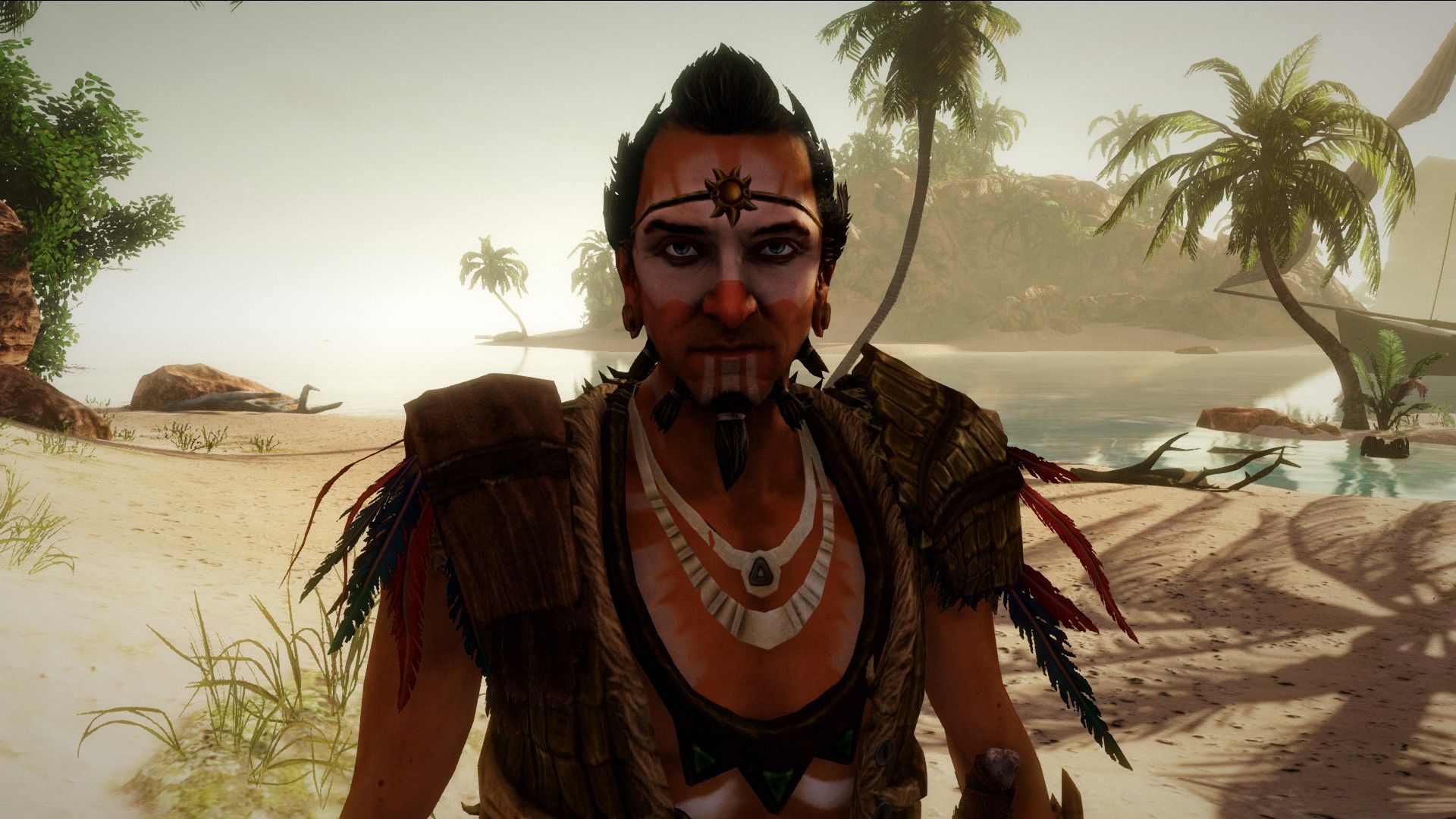 When you actually settle down and work on completing a single quest, the quality varies significantly. Usually you will start by talking to one of the game's many interesting characters. The voice acting and writing quality is once again surprisingly high for a game made on a small budget by a German team, and humour is again used quite effectively. Quests vary from fairly pedestrian tasks like killing some monsters or collecting specific items to much grander activities like defeating shadow-lords and helping the main factions retain or regain control of their islands. Other quests are quirky and interesting like helping a Demon Hunter who accidentally turned himself into a skeleton get back into his normal body, or helping a native with a terrible hangover get back to his village.

Of course, the quests mostly serve as reasons for you to head off into the wilderness and explore. Exploration remains the most enjoyable and time consuming activity in Risen 3 thanks to extremely detailed and atmospheric environments that are just packed with interesting things to discover. You might come across a chest full of goodies being guarded by a powerful monster, a man out in the woods tripping on Magic Mushrooms, or a scrap of paper speaking of a legendary item buried on another island. The expertly balanced economy of Risen 2 returns, so there is always reason to head out into the unknown in search of loot you can sell or quests that can be completed for cash rewards. 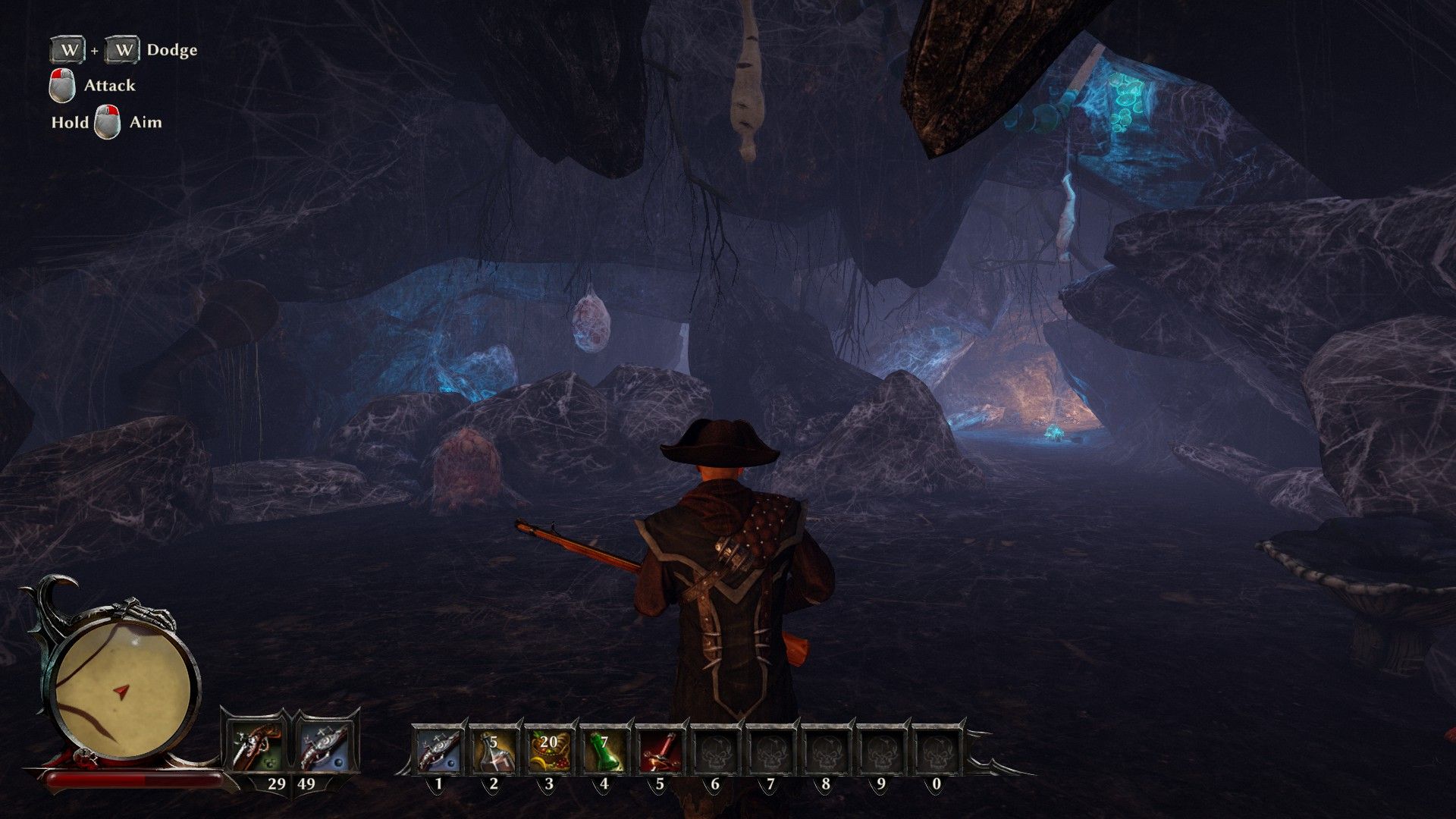 One sticking point of the previous two games that has seen significant improvement is the melee combat. Now from the get go you can dodge-roll, parry against both humans and monsters, and perform both slow strong attacks or fast, lighter attacks. Improved combat animations also make everything more fluid. Initially the ability to parry might seem useless as enemies usually attack much faster than you so by the time you have stopped parrying to attack, you will have been hit by your opponent and your attack interrupted. However once you learn some skills like Riposte which lets you counter-attack if you time your parry correctly, and Blade Dancer which increases your attack speed, the melee combat becomes quite enjoyable and is easily the best in the series.

Before long you will start finding spells, voodoo dolls and firearms to help mix things up. Spell scrolls are one-time use items that do things like rain fire down on your enemies or send a shockwave out that knocks back surrounding foes. Voodoo tricks let you mess with enemies, some will drive them crazy so they attack whoever is nearby while others might revive fallen enemies and have them fight by your side. Another class of Voodoo dolls lets you turn into a parrot or monkey in order to reach otherwise inaccessible areas. Muskets and Rifles are primary weapons that let you do damage from a distance, although faster enemies means they aren't exploitable like in Risen 2. Also returning from Risen 2 are Dirty Tricks which let you quickly pull out a pistol or a throwing knife during combat to do a bit of extra damage.