This gorgeous and highly immersive Role-Playing game is full of intrigue and wonder, but it's also full of bugs and confusion

Today the game market it so full of huge, high budget super-hyped block buster video games that often a very excellent production can slip under the radar entirely. Risen, the latest offering from German studio Piranha Bites, is a victim of such circumstances. Like many other games developed by smaller European companies is lacks the narrative immediacy and polish of some bigger titles, but more than makes up for this with a great sense of immersion, a ever-present intrigue that makes you want to push further into the game, and utterly gorgeous visuals. While Risen may be a bit rough around the edges, the problems are relatively few and easily overlooked when compared to the overall excellence of the experience.
Remember the good old days when a RPG would drop you into a huge, daunting world with barely any instruction, forcing you to make a name for yourself and figure things out as you go? Risen returns to this style of introduction, dropping you on a beach with nothing but the cloths on your back and another survivor of the shipwreck you were part of. You don’t really get much background information about why your character was on a ship at sea, but this is a great starting point for the story which slowly expands as you progress. The game keeps you focused by hinting at a larger goal, like meeting The Don in the swamp, one of the first places you get to, then giving you a few smaller tasks to do in the short term. This structure is present throughout the game, and works very well as you will always want to find out more about the major, long term goals. The tremendous sense of intrigue that is present throughout the game lends itself to these mysterious long-term goals, and even though the first chapter is painfully slow paced and often tedious, you never lose sight of the overhead goal and this keeps you focused on progression. 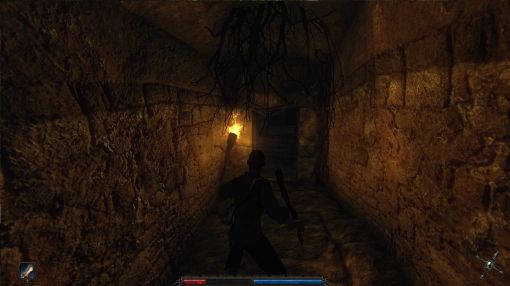 While Risen doesn’t have frequent major choices to make, there are a number of them which can, and will, drastically change the way the game plays out. Soon after you land on the island the game takes place on, you learn there are two opposing factions, The Dons men, a group of bandits and outcasts who call the island home, and The Inquisition, a group of religious ‘mainlanders’ who came over to investigate the mysterious appearance of ruins on the island. You are forced to choose to side with either The Don or The Inquisition by doing quests for either side, and the game will play out very differently depending on which group you side with, warranting at least 2 playthroughs.
1234Next 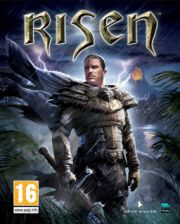 Our Review of Risen
83%
Great
The Verdict:
"This gorgeous and highly immersive Role-Playing game is full of intrigue and wonder, but it's also full of bugs and confusion"
Game Ranking
Risen is ranked #259 out of 1660 total reviewed games. It is ranked #16 out of 69 games reviewed in 2009.
258. Torchlight
PC
259. Risen

All videos for Risen (1)
Advertisement ▼