Strike Suit Zero is a space combat game developed by indie devs Born Ready Games. A Kickstarter project born of the love of space games of old such as Elite, Homeworld and Colony Wars, Strike Suit Zero does an excellent job of invoking the feel of those titles in a multitude of ways. This new Director’s Cut version retools the PC release from last year for the new console generation, but is it worth your hard earned cash?

First, some full disclosure, your humble reviewer has never played the original Strike Suit Zero on the PC and therefore cannot compare the new version to the original. I will instead simply review this Director’s Cut on its own merits. 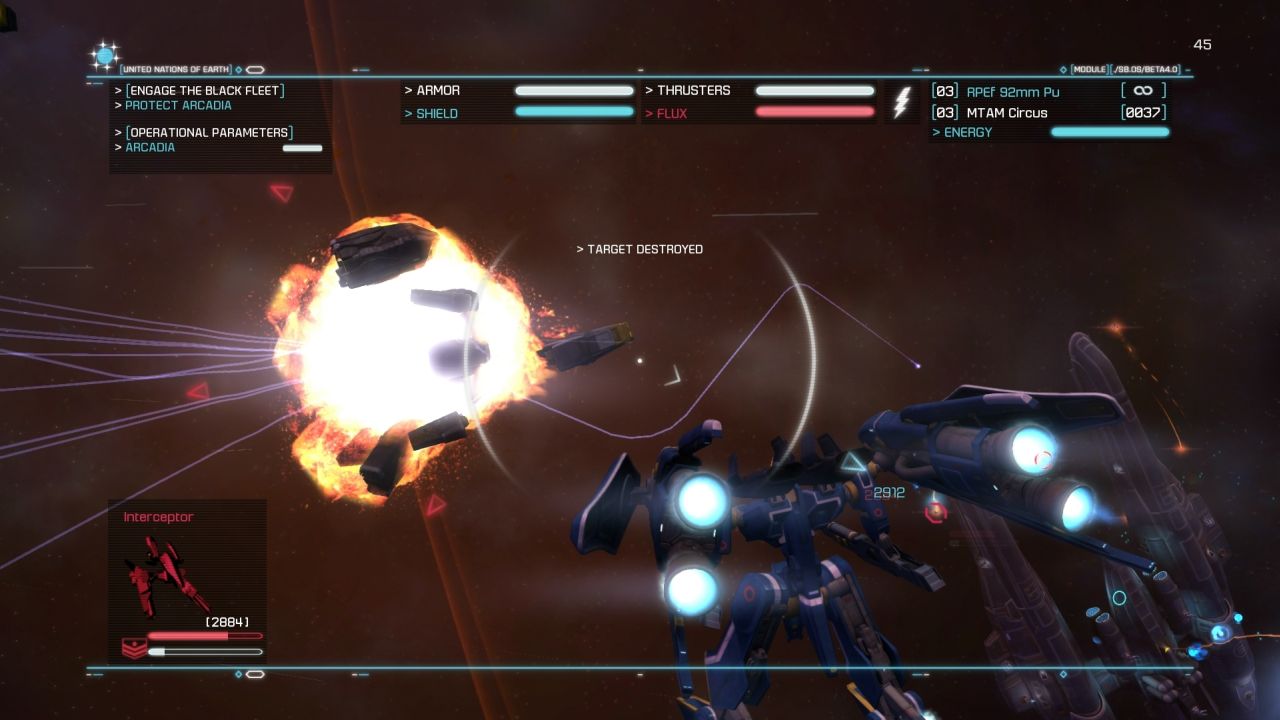 The bulk of the game consists of a campaign that plays out like akin to Battlestar Galactica. A space opera plays out across 13 missions, as players assume the role of Adam, a talented pilot with serious memory loss. Soon enough you’re paired up with a few other pilots and an A.I. by the name of Control. After a brief introduction to basic flight and combat, you are rewarded with the game's biggest innovation: The Strike Suit. Normally, the Strike Suit is your standard cool looking space fighter - but with sufficient stored energy (gained by killing enemies) and a touch of a button, you transform into a more manoeuvrable mech suit with the ability to track and target enemies with greater speed and accuracy and with a greater arsenal. This however comes at the cost of speed and your Flux gauge: when it depletes, you’re forced back into fight craft state. This introduces a sort of risk/reward gameplay that puts the game a touch above the space combat titles that came before it: do you use your mech transformation now to more easily shoot down the torpedoes threatening your allied capital ships, or do you save it to attack the enemy capital ships, even though in mech form you’re more susceptible to the many defensive turrets a capital ship has defending it?

The ongoing plot involves a battle between Earth and the colonies that now want independence (Gundam anybody?) although surprisingly enough, the game puts you on the side of Earth forces, as you learn from the Control that the colonists have gotten their hands on something rather ancient and dangerous and it’s your job to stop them. Pretty simple, but the dialogue that plays out between the various pilots and especially the master manipulator Control drives the missions along pretty well, fuelling reasoning behind the variety of scenarios. And varied they are. From bombing runs and rescue missions to dogfights and daring escapes, every mission offers a nice twist on the established core game that tests a different aspect of the player’s skills. A personal favourite was a dogfight against a handful of enemy fighters inside a space-borne electrical storm that shorts out your targeting systems, forcing you to use manual aiming instead of lock on missiles. 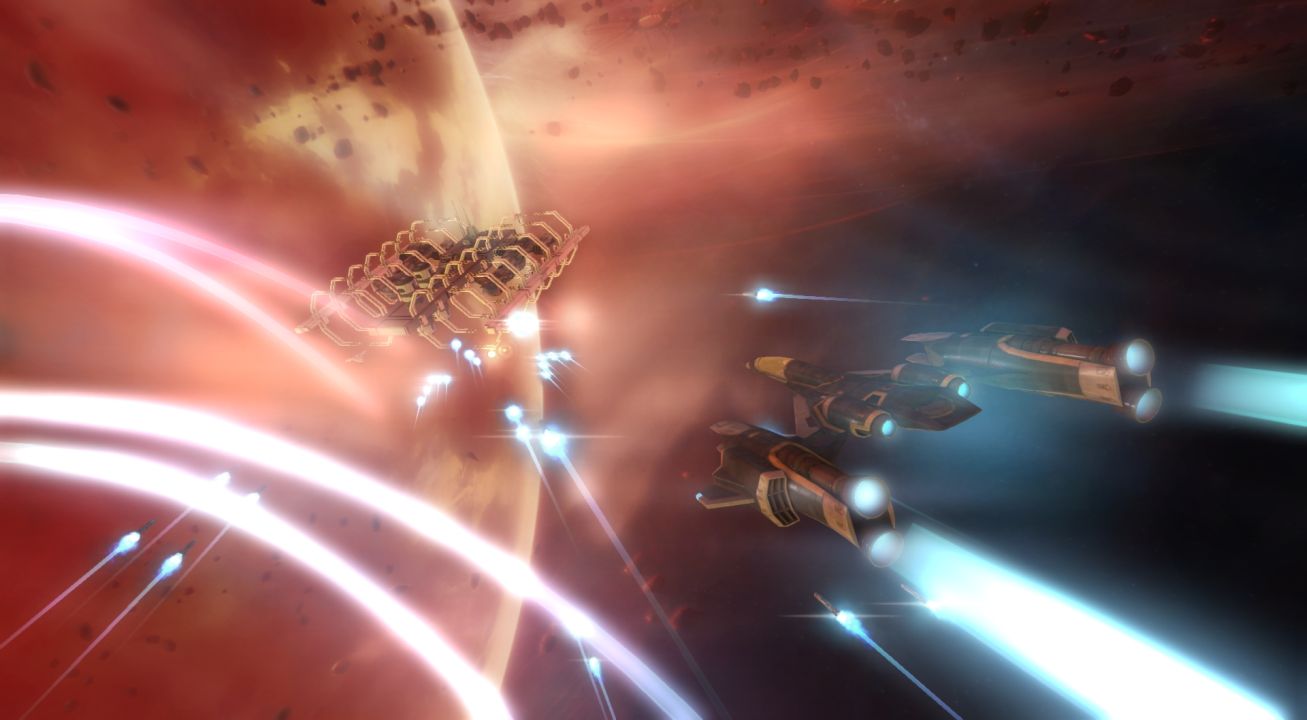 The game has a rather nice simplicity to its graphics. Foregoing too much minute detail and focusing on the bigger picture, the fantastic lighting effects and space-scapes make the large scale battles teem with activity and also serve a practical purpose of making it easier to discern friend from foe (blue is good, red is bad). While it would have been nice to have a little more visual detail on the many ships in the game, the choice between frame rate/general game speed and being able to see the panels on your fighter craft is an obvious one, especially considering the Kickstarted budget Born Ready had. Unfortunately from time to time the action would get a little too much for the engine to handle and things would get a little choppy, especially if I flew too close to an exploding capital ship. Nothing game breaking, but it was noticeable.

Most of the time though, the game performs rather beautifully. I rarely experienced a single millisecond of slow down, even when the screen was covered with missiles, plasma fire and exploding capital ships. Indeed, as the game progresses, the battles become larger in scale and way more hectic, sometimes with so much going on that it’s pretty difficult to respond effectively. By the time I had cleared the campaign, I very rarely managed to score a silver medal and on some, I hadn’t scored enough for a medal at all. A nice touch here is that you are told the direct result of your mission performance in the ongoing war against the colonists. Unfortunately, mine seemed to be telling me that more often than not I was doing more harm than good to Earth’s war efforts. Oh well.

If there are any problems with the game, it lies in how unbalanced it feels at times. In Strike mode, your Strike Suit is the definition of Macross Missile Massacre, but it’s also almost ridiculously fragile. In the early to mid game, the interplay between the less offensive but faster fight craft mode and the more offensive but vulnerable Strike mode makes for a very involving game mechanic. However towards the end game, it can become almost impossible to stay in Strike mode for a decent amount of time without blown to bits by the bajillions of missiles and plasma shots blanketing the screen. Maybe a patch just to tweak this a little? 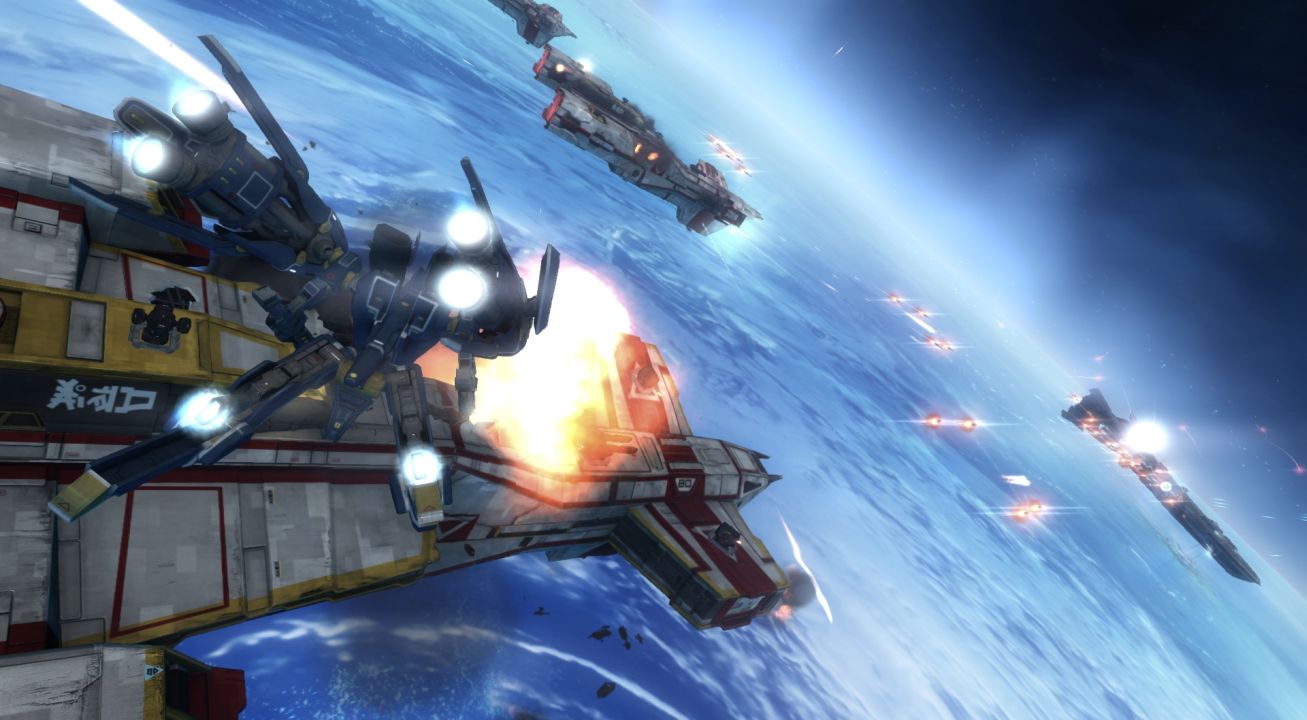 The controls are fairly precise, with your typical flight controls for ship mode and tighter, strafe-centric controls for Strike mode. This is actually the highlight of the Strike mode and its primary benefit; the controls tighten up and allow you to target enemies in quick succession, sacrificing speed for manoeuvrability. The two differing control methods implemented to reflect this are done so in a polished manner, never once did I feel sluggish when I shouldn’t, or incapable of keeping track of fast moving enemies. As for Xbox One motion/voice controls, the devs made the sensible choice of ignoring them for this title. Although they have worked well in other games, in a game like this where split second timing and high concentration are required to win the day, Kinect functionality would only hinder and frustrate. Kudos to Born Ready for resisting the temptation to try and tack it on.

The campaign itself will take around ten-fifteen hours for the average player to complete. This is supplemented by another mode called Heroes of the Fleet. In the mode, you step into a simulator and fly missions based on past major events in the war between Earth and the colonies. It’s a rather nice touch and decent attempt at world-building as all of the Heroes missions are past events mentioned by characters in the main campaign. They are also all ridiculously difficult. If you found yourself breezing through the main story, the Heroes campaign will test every reflex and decision making skill you acquired along the way, with missions that have you single handedly taking out an entire fleet of capital ships, as well as going one on one with the enemy ace pilot in a crazy game of cat and mouse inside a space nebula littered with debris. Actually pulling one of these missions off makes you feel pretty awesome and there is definitely an element of replayability, as with the rest of the game, in trying to improve your performance, if only so that your post-mission review isn’t so scathing. Seriously, the game can be almost comically harsh of your abilities if it wants to be.

Overall, Strike Suit Zero is an above average space combat sim with enough variation and originality to keep fans of the genre and newcomers alike interested enough to play through to the end. Born Ready has done a great job of invoking the feel of the games they took inspiration from whilst innovating enough to bring the genre forward into the next console generation. Although plagued with a few balancing issues and not as graphically detailed as it could be, Strike Suit Zero is a good game that is worth the price.

Our ratings for Strike Suit Zero on Xbox One out of 100 (Ratings FAQ)
Presentation
65
Excellent at providing players the experience of an epic space battle on a grand scale, but the details of the ships aren't exactly next gen graphics at their best.
Gameplay
72
Hectic, fast paced and often frustrating, it’s just a case of whether you like the sort of punishing difficulty the game offers in its later stages
Single Player
80
The main campaign offers enough variety to keep you playing through to the end and the Heroes of the Fleet bonus campaign is fun enough for all you sadists out there.
Multiplayer
NR
Performance
75
The game suffers from frame rate issues when things get too hectic, but this is a rare event and for the most part, things run smoothly even with a screen full of explosions and spacecraft.
Overall
75
There’s plenty here to keep fans of space combat genre interested as well as newcomers trying out zero gravity warfare for the first time. Worth it for those wanting something more challenging. 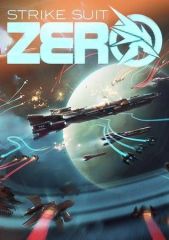