The much anticipated remake of the cult NES classic

How do you go about reviving a classic game in the modern gaming market without alienating the diehard fans? A reboot of the seminal 8 bit classic action platformer, the new Strider is exactly the sort of thing you’d expect in a remake, sticking to the essence of the original whilst bringing it right up to current gaming and technological standards.

The biggest change is the format: it plays a lot faster than the original and rather than being a linear platformer, Strider is now a Metroidvania style game. Without so much as an opening cutscene or piece of expository dialogue; you’re literally dropped into the fictional nation of Kazakh (no Borat unfortunately!) in explosive manner and as protagonist Strider Hiryu, tasked with killing the villain of the piece Grandmaster Meio. The controls are pretty bog standard; jumping and slashing with your sword as Hiryu responds with precision to your inputs. Hiryu also can stick to any surface as in the original, opening up the world and level design for plenty of vertical exploration. 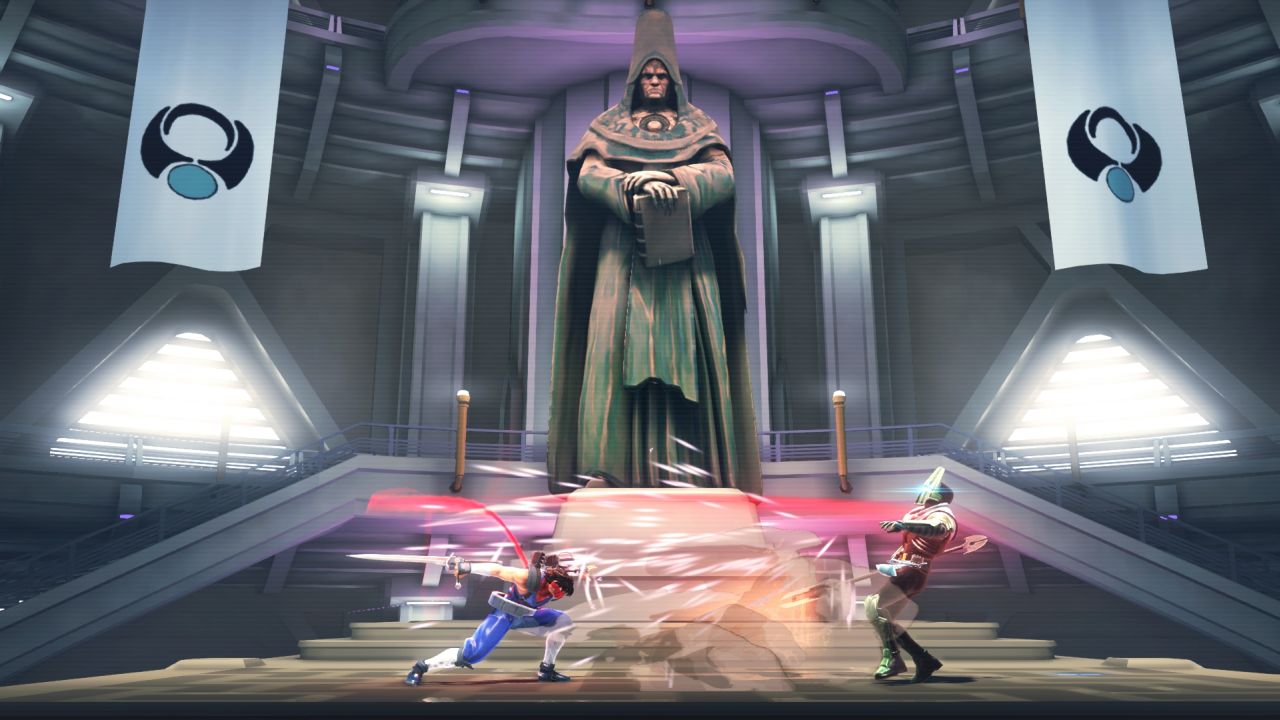 As the plot progresses, Hiryu will defeat old school bosses with attack patterns that need to be figured out and exploited and usually, gain new abilities. These are sometimes new attacks and always serve to open up a new area of the map to explore. Despite this method of play, I didn’t find myself backtracking too often and when I did, the new faster speed of play (in comparison to the original) made the backtracking seem like little to no effort at all.

The little to no effort comes from the fact that traversing the environment is half the fun here. Leaping into the air and bouncing deftly above a deadly energy field with your double jump, before latching on to a wall to deflect incoming bullets with your sword, followed by rebounding from wall to wall to avoid spinning saw blades and finally reaching the exit of the room - is all simple but satisfying to pull off with a little practice. Oh, and it makes you feel like a complete badass. Kudos.

The combat itself is fairly fast paced and the enemies are generally of the mob variety, Hiryu charging along and slashing straight through scores of goons without stopping. Whilst this makes you feel like a badass, it also tends to cause monotony in the combat until you finally start to face more varied enemies a couple of hours in. When you do, the new abilities you will have gained, including a long range bird attack and defensive drones that surround Hiryu, serve to deepen the combat a little. 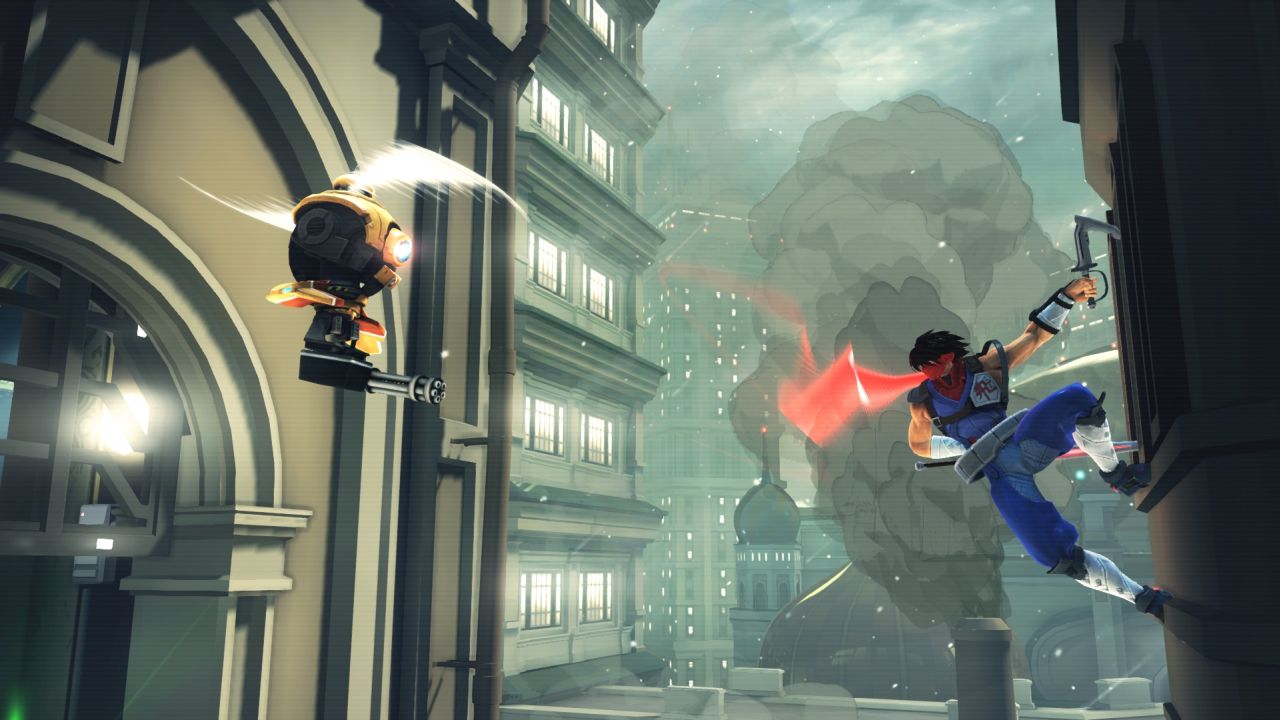 The important thing this game had to get right would be the balance between the aforementioned combat, the platforming and the exploration. In that respect, Strider is a success. I never felt like any one aspect of the game was being overused to the detriment of the other two and it’s in this balance that Strider remains quite the fun adventure through its 10-12 hour running time. There is also a separate mode called Beacon Run which serves as a sort of time trial checkpoint race that challenges your platforming skills. This mode, whilst being a fun inclusion, doesn’t feel like much more than a distraction.

Graphically speaking, the game is wisely presented in 2D, although I think the die-hard fans may have rioted had that not been the case. The anime-like graphical style suits this remake and the arcade-like presentation gives the game some serious style. The increased speed of the action, whilst new for the series, isn’t anything the mighty processing power of the Xbox One could not handle and as a result, the high speed gameplay looks and feels smooth and enjoyable. Hiryu’s look will be familiar to fans of any Marvel vs Capcom games as the character model and even some of the combat animations were appropriated from that series, and replicated here in a manner that makes sense.

Another high note is the sound. The memorable soundtrack from the original has been bought right up to date and definitely scored nostalgia points with me. It also fits right in with the familiar sound effects; all the sound elements working together to invoke the feel of the classic NES game. 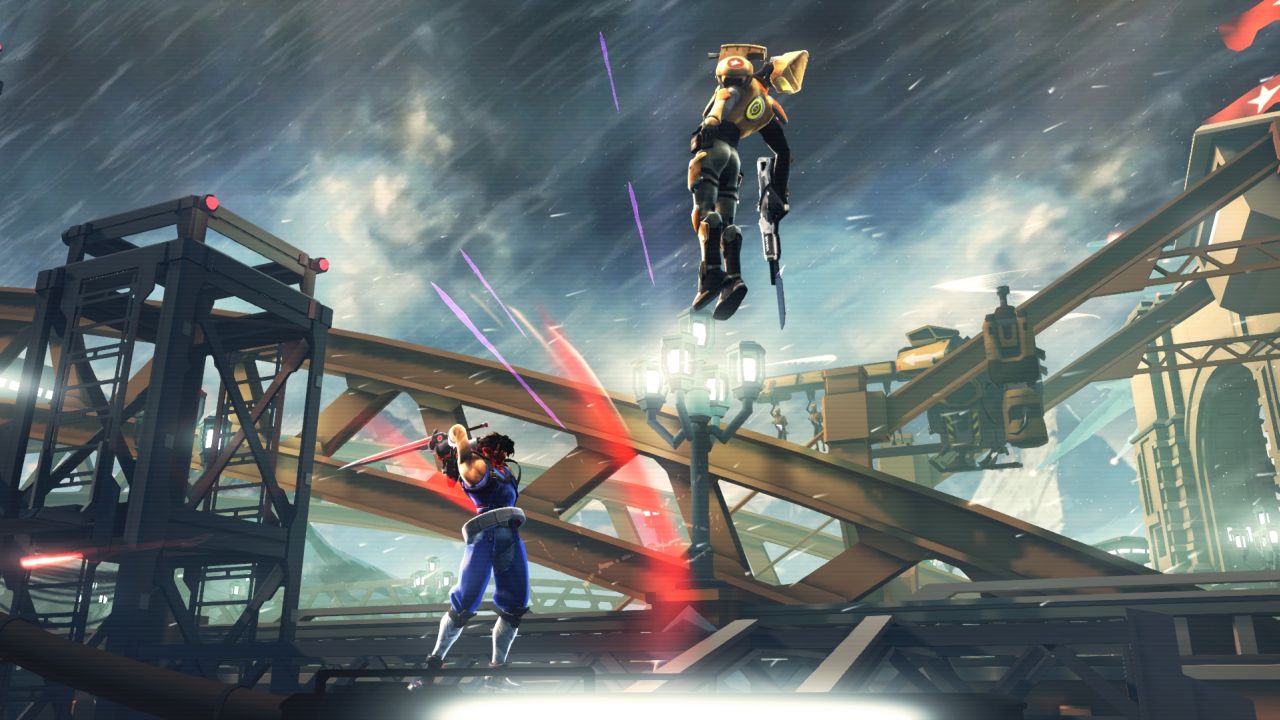 At 10-12 hours, this game is the perfect length for what it is. Strider is a loving remake of the original with the existing fan base firmly in mind, whilst bringing in any young ‘uns that may not have played and enjoyed the NES classic. To top it all off, it all costs the princely sum of £12 ($14.99).

Rounding things off, Strider is a fun and interesting homage to the original. Everything that made the NES game a classic has been kept in essence whilst everything else has been sharpened up and bought forward to the current console generation. In short bursts, this is a great diversion, but any longer than that and it threatens to become a little samey. Clocking in at 10-12 hours then is perfect, allowing you to enjoy a good two hour romp and still feel like you’ve accomplished something. At the great price, I’d say it’s worth a look.

Our ratings for Strider on Xbox One out of 100 (Ratings FAQ)
Presentation
80
This is where the remake makes sure to hold true to the original, the graphics and sound hold the essence of the original whilst bringing it right up to date.
Gameplay
84
A Strider for the modern age, the sped up, hyper kinetic take on the original’s jump ‘n’ slash formula that is easy to pick up and play and rather fun.
Single Player
80
Clocking in at 10-12 hours, this game is designed to be played in 1-2 hour chunks and is rather enjoyable throughout. The Beacon Run mode is fun, but easily ignorable.
Multiplayer
NR
None
Performance
80
The framerate remains solid even when the screen is full of both enemies and bullets.
Overall
80
A super fun action platformer, Strider re-creates the fun of the original for the new generation. Well worth your time and money as a distraction until the larger AAA titles hit the stores. 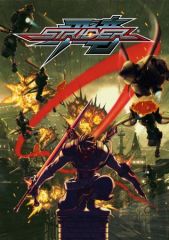 All videos for Strider (2)
Advertisement ▼