Developers Milestone have announced MotoGP 15, their third chapter in the series dedicated to motorbike racing.

One of the new features is customisation, with more than 100 accessories available for purchase. Choose from more than 20 bike models across 3 classes, MotoGP, Moto2 and Moto3, choose from 40 different liveries with official colour schemes, and consider offers from the main sponsors to accept their sponsorship during races. Change the colour scheme of your leathers to match your bike, buy boots and gloves, choose your rider's face and customise the helmet with the dedicated Helmet Editor.

You'll start racing as a Wild Card and subsequently you'll be able to negotiate your future career by choosing one of the official teams participating in the 2015 championship, or choosing sponsors to race with your own Private Team, taking to the track alongside the existing teams. Negotiations hinge on your performance during races, meaning your customisation options and resulting appearance are directly linked to your in-game objectives.

Another new component is the introduction of a new game-mode: Beat the Time. In this new race players are assigned a specific bike on a specific circuit. Riders from the different classes featured in the game have set records on that circuit and on that bike. Your aim is to beat that record.

Other new features for MotoGP 15 include the introduction of the two-stroke bikes that made MotoGP history, all the teams, riders and bikes from the 2015 season, and Real Events from the 2014 season.

Kinect Star Wars
Online
There are currently 0 members and 74 guests on the website right now. Who's On?
Activity in the past 10 minutes: 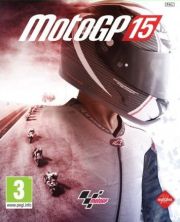