Complete edition package is out today

505 Games and Rebellion have confirmed that Sniper Elite 3 Ultimate Edition is now available for digital download and at retailers.

This new offering brings the original Sniper Elite III game and also bundles an additional nine DLC packs including all three expansive ‘Save Churchill’ missions and 18 additional weapons. Also included in the package are the bonus multiplayer maps and modes added since launch.

The $39.99 Ultimate Edition will be released for Xbox One, Xbox 360, PS3, and PS4 in the US digitally and at retail on March 10th, Europe/APAC will launch on March 13th. The game is also available digitally on the same days. 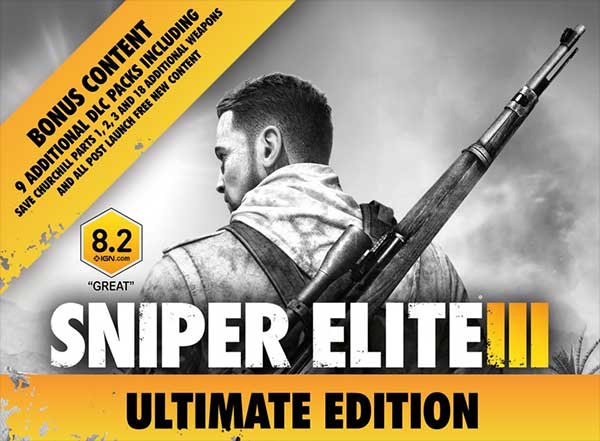