A rumor is flying around that it could be Electronic Arts that is preventing major updates for the PS3's functionality. EA's forums have been hacked and spammed in response to the rumor.

PS3 center says that earlier today Super_Secret, who has been correct about almost every piece of information regarding PS3 firmware updates, posted up a thread where he explained that there was one company the was holding back the release of a universal custom soundtrack support and in-game voice chat support on the PlayStation 3.
He mentioned that this company wasn't Activision, but didn't mention any specifics on which company he was talking about. Later on he posted some random code as a clue. Well PS3Center managed to decipher this code as it was encoded in Base 64 and translates to:
"It's not Activision. It's not Ubisoft. It's not Capcom. It's not Insomniac. It's not Konami. It's not Take 2. It's not Midway. It's not Squaresoft. are wE All getting the picture yet? One point I want to reiterate - there's a difference between the games that didn't work with in-game XMB and the games that DID work with in-game XMB but DIDN'T work well with custom soundtracks, so stop picking out the ones that simply didn't do in-game XMB. Also, it wasn't just ONE game that caused this, either. Although one title does come to mind and it wasn't even what you or I would call a "Big" game. I'll give you a hint: HPatOofP."
HPatOofP can only be one game, Harry Potter and the Order of the Phoenix, which is published by EA. So is EA really blocking an essential feature from 24 million users?
In addition, it seems this rumour has caused quite a stir, and EA's general boards have been hacked and spammed to heck. See for yourself. 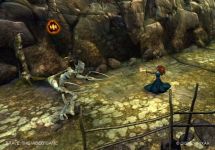 Ace Combat: Assault Horizon
Online
There are currently 0 members and 135 guests on the website right now. Who's On?
Activity in the past 10 minutes: