2K and Gearbox Software have announced Borderlands: The Handsome Collection, bringing the shooter series to next-gen consoles for the first time.

For the first time on a console, players can experience Borderlands 2 and/or Borderlands: The Pre-Sequel in HD. With The Handsome Collection, Borderlands fans can also continue their adventure right where they left off by transferring their saved files to the next-gen consoles with new cross-save functionality (between same console family only).

Additionally, up to four players can play together on a single television with four-player split screen - another first for the franchise.

A limited Borderlands: The Handsome Collection Claptrap-in-a-Box Edition. It will include everything in The Handsome Collection as well as a remote controlled Claptrap steward robot, a collectible steel case, and 12 exclusive lithographs. The Claptrap steward robot is controlled through a smartphone app and can move in all directions while balancing on one wheel. The Claptrap can also say lines in character and live stream video to a mobile device through his eye.

The Claptrap-in-a-Box Edition is limited to only 5,000 units worldwide and is available to pre-order starting today at participating retailers for $399.

Borderlands 2 was first released on PC and last-gen consoles back in 2012, while The Pre-Sequel made its debut last Fall. 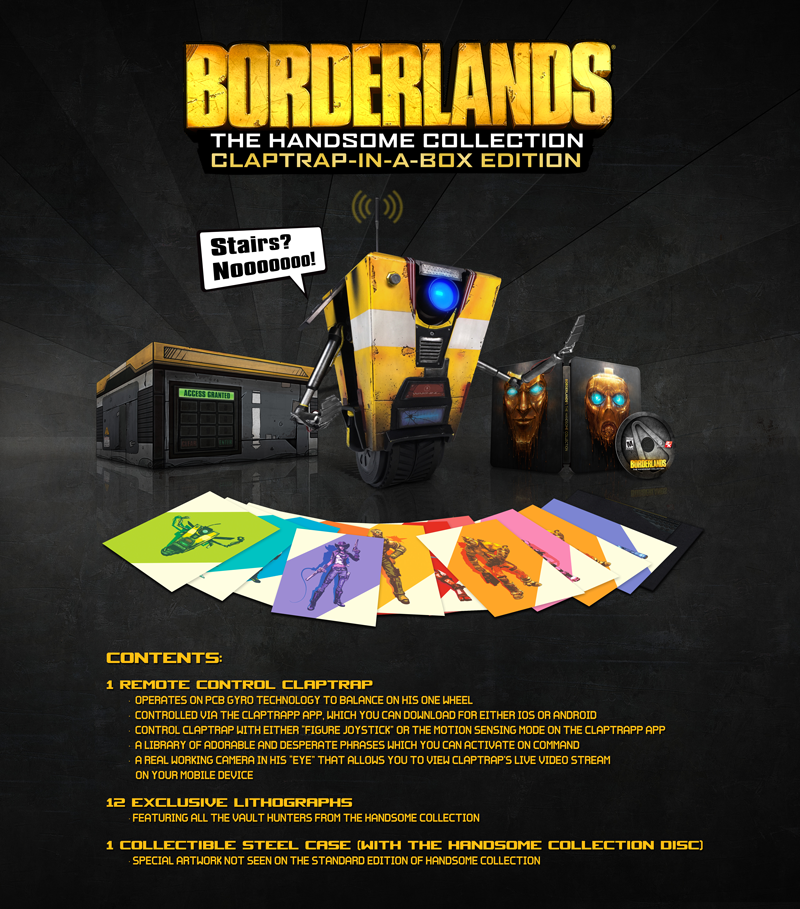 Prev:
Borderlands: The Handsome Collection announced
Next:
Club Nintendo program to be discontinued

All videos for Borderlands 2 (1)