First round of amiibo figures releasing this week

New figures launching alongside Super Smash Bros. for Wii U

Nintendo has confirmed that the first round of amiibo figures, Nintendo’s first foray into the toys-to-life category, are launching on November 21, 2014.

With amiibo, Nintendo is letting players experience games in fun new ways. By tapping an amiibo figure to the Wii U GamePad controller, characters can be used in different ways in many compatible games. Some games, like Super Smash Bros. for Wii U, will save data to the amiibo, while other games, like Mario Kart 8 and Hyrule Warriors, will give you bonus content just for tapping an amiibo to the GamePad.

Individual amiibo can be used across multiple compatible games, a first for the toys-to-life category. For example, players who own a Link amiibo can use it as a fighting partner in Super Smash Bros. for Wii U, to get a fun racing suit for their Mii characters in Mario Kart 8 and to access a special weapon in Hyrule Warriors.

Players don’t control the amiibo character itself; the character acts as the players’ battle companion, fighting alongside or against them. Players can use amiibo as a partner, brawl with them in teams or have amiibo battle each other. In a first for the franchise, a special mode in Super Smash Bros. lets up to eight players battle simultaneously on select stages in local multiplayer. And these battles can be a combination of real-life players and amiibo. As players battle, amiibo gradually level up and learn how to fight through battles with players, other amiibo characters and computer players.

When the first round of amiibo launches on Nov. 21, 12 characters will be available for $12.99 each: Mario, Peach, Yoshi, Donkey Kong, Link, Fox, Samus, Wii Fit Trainer, Villager, Pikachu, Kirby and Marth. Later, characters such as Zelda, Luigi, Diddy Kong, Little Mac, Pit and Captain Falcon amiibos will be released in December, with additional figures launching throughout 2015. 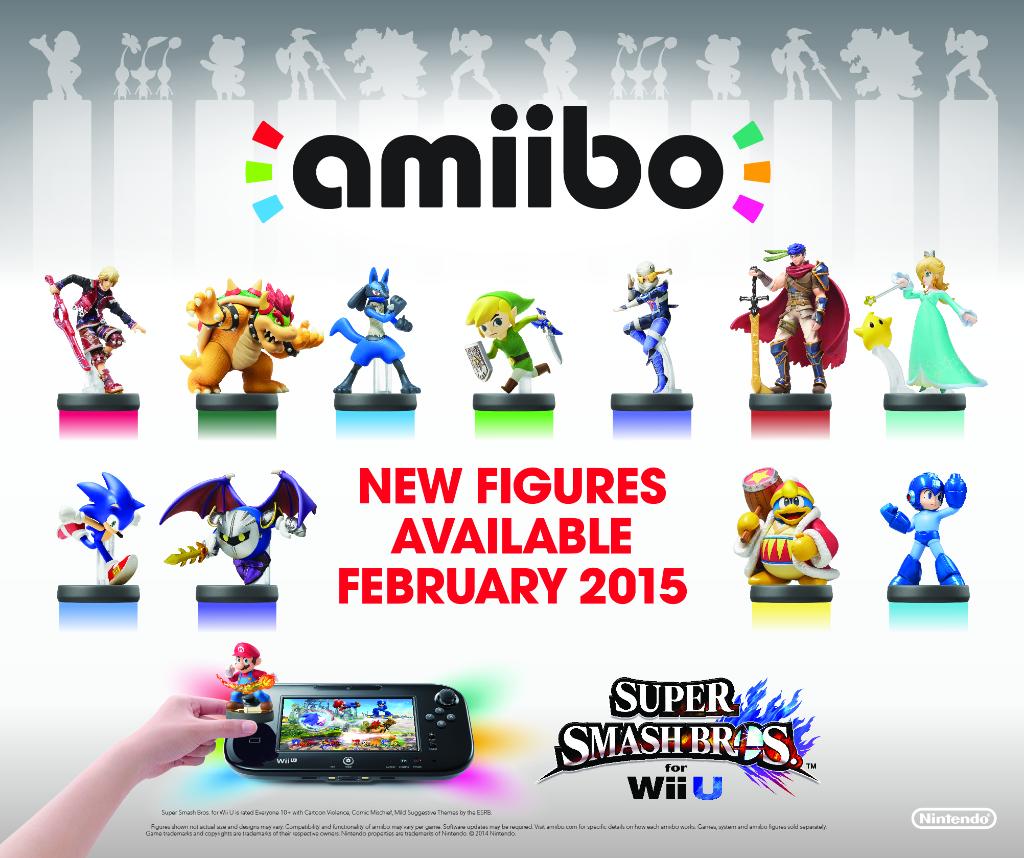 Mario Tennis: Ultra Smash
Online
There are currently 0 members and 55 guests on the website right now. Who's On?
Activity in the past 10 minutes: