Ancient Labyrinth DLC for Lords of the Fallen coming soon

CI Games have announced an upcoming expansion campaign, entitled "Ancient Labyrinth," which will be available this winter as Downloadable Content (DLC) for Lords of the Fallen.

Ancient Labyrinth will contain an ancient Lord, a magical foe who changes his powers continuously throughout the battle; a new location, The Library, filled with puzzles, environmental riddles and history of Harkyn's world, plus a new puzzle-based gameplay mechanic. Also included is an all-new quest centered around the story of immortal demons, and side-quests and NPCs with an agenda that affects the war between human and demonic realms. Plus the DLC contains new armor and weapons.

No price point has yet been set for the DLC.

Lords of the Fallen is available now PC, PlayStation 4 system and Xbox One. 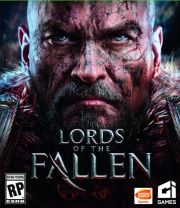