Activision has announced that Skylanders Trap Team is available in North America today.

The latest installment of the franchise that pioneered the Toys-to-Life genre lets fans seek out and defeat the most wanted villains in all of Skylands, pull them out of the game and into living rooms by capturing them in magical Traps. Once they've defeated the villains, players will be able to place a Trap into the new Traptanium Portal to capture them. Players can then send villains back into the game where they can play as them to fight for good.

In addition, the game welcomes Skylanders Minis, 16 small but powerful Skylanders now fully playable, who join the battle. Coming on November 1, Eon's Elite collectors' toys feature never-before-seen decoration with a metallic finish and a golden base that sets them apart from other Skylanders toys.

Skylanders Trap Team is available today on Xbox 360, Xbox One, PlayStation 3, PlayStation 4, Wii system, Wii U system, and a unique adventure is also available on the Nintendo 3DS hand-held system. 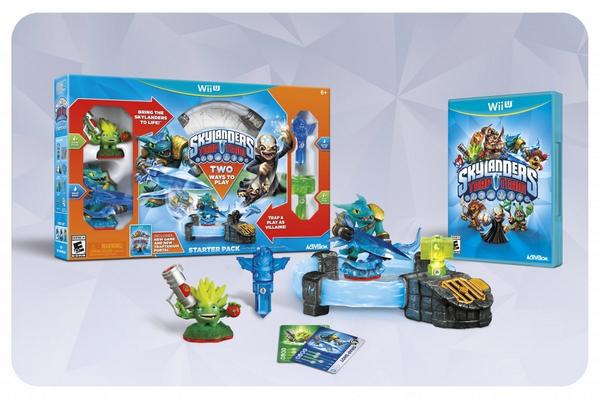