Activision Publishing has announced a new gameplay mode to be featured in the upcoming Skylanders Trap Team.

In the Kaos Doom Challenge, players must battle through increasingly difficult waves of enemies using any figure from their army of Skylanders and by building defensive towers. Should players fall, a Mystery Box of Doom will be opened - which will then spit out gigantic villains. Players can use their Trapped Villains to fight them. There are said to be 100 waves in total.

Skylanders Trap Team will be released on October 5th in North America, October 10th in Europe and October 2nd in Australia for the Wii U, PS3, PS4, Xbox 360, Xbox One, and more platforms. 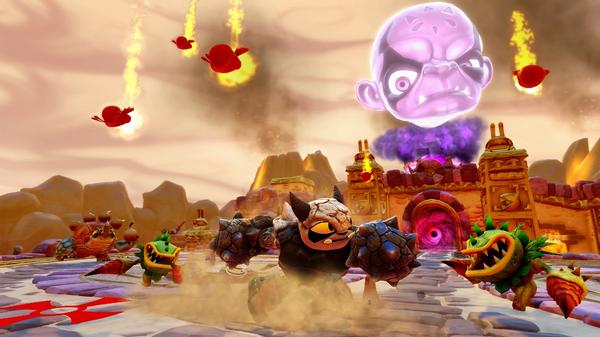