The Season Pass will include 6 DLC packs each with a unique themed mission level with story and free play modes. Players will be able to unlock a total of over 40 characters, vehicles, achievements and more. The first three of the DLC packs will be available on November 11 and 3 more will be announced at a later date.

The first DLC packs will include The Dark Knight Pack, Man of Steel Pack, and Batman 75th Pack. The Season Pass will cost $14.99, or each pack can be purchased separately at $2.99/pack. It will be available for purchase on Xbox, PlayStation, and PC home consoles only.

In LEGO Batman 3: Beyond Gotham, the Caped Crusader joins forces with the super heroes of the DC Comics universe and blasts off to outer space to stop the evil Brainiac from destroying Earth. 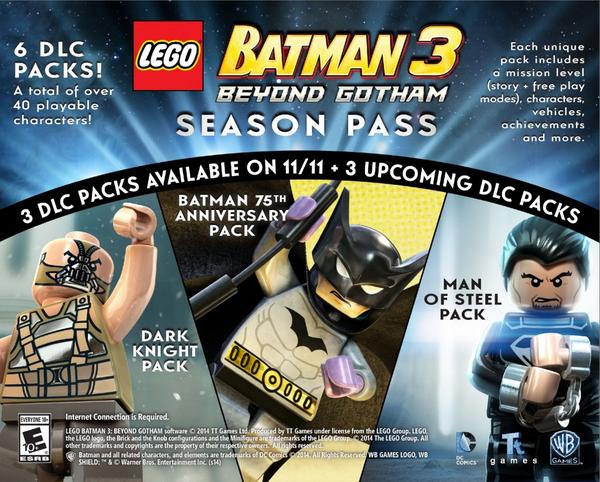 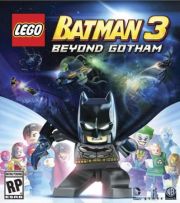