Cooperative dungeon crawling with up to four players

This marks the first time gamers can play with their friends in the Dragon Age franchise. In the multiplayer mode, four players will team up across a range of multiplayer quests and objectives, exploring dungeons and vanquishing all who oppose them. While dungeon-crawling, players will collect loot, salvage items, craft new weapons and armor, and unlock new characters.

At launch, players will be able to unlock up to twelve characters across the three Inquisition classes of Warrior, Rogue and Mage, each playing a different role in multiplayer combat. Multiplayer in Dragon Age: Inquisition is a standalone experience from the open world campaign, and will not have an impact on single player progression or story.

Dragon Age: Inquisition will be available on November 18, 2014 for the PlayStation 4, PlayStation 3, Xbox One, Xbox 360 and PC via Origin. 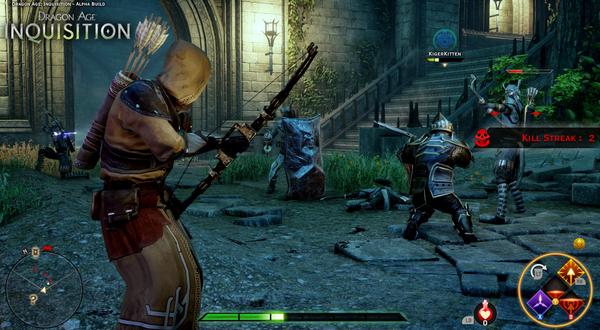