Ancient Space puts the player in command of a fleet conducting a scientific mission on the edge of the known universe, charting what lies beyond in ‘The Black Zone.’ A story will guide the player as they build and upgrade their fleets and then survive in deadly strategic missions. Mission objectives are many, varying from exploration to stealth, from assault to defense and more.

Ancient Space will be available this Fall for PC.

Hard West
Online
There are currently 0 members and 130 guests on the website right now. Who's On?
Activity in the past 10 minutes: 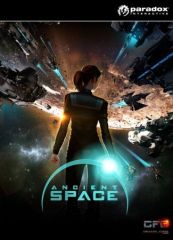 All videos for Ancient Space (1)