Current owners get the new version for free, saves do not transfer

This new edition will offer the content of Shadowrun: Dragonfall as a standalone title. Previously, it was DLC that required Shadowrun Returns to play. Those who purchased the DLC version through a major digital retailer or are a Kickstarter backer, will get the new standalone game for free.

Shadowrun: Dragonfall - Director’s Cut will be released for Windows, OSX & Linux on September 18th, 2014 for $14.99. It will be available on Steam, GoG, and the Humble Store.

Necropolis
Online
There is currently 1 member and 190 guests on the website right now. Who's On?
Activity in the past 10 minutes: 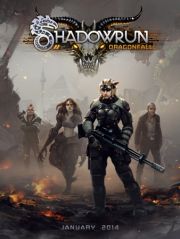