The popular shooter will appear on Sony's console

Sony has announced at gamescom in Germany this week that the zombie survival shooter DayZ will be appearing on PlayStation 4.

Bohemia Interactive game designer Dean Hall took to the stage, to confirm that a reworked version of the shooter is currently in development for the PS4. No further details were provided.

Bohemia Interactive released the game on PC as an Alpha last December, and it is currently available on Steam Early Access. The game has continued to dominate Steam best seller charts despite its early development status, with over 2 million copies sold already.

ArmA 3
Online
There are currently 0 members and 76 guests on the website right now. Who's On?
Activity in the past 10 minutes: 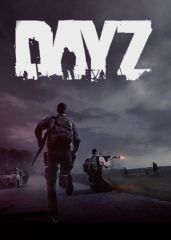