The Vanishing of Ethan Carter also on PS4

The Astronauts, an eight-person team that also founded People Can Fly, have provided the first details about their first title, The Vanishing of Ethan Carter.

The Vanishing of Ethan Carter is a story-driven mystery game that focuses entirely on exploration and discovery, featuring no combat or explosions of any kind. You play the game as Paul Prospero, an occult-minded detective who receives a disturbing letter from Ethan Carter. Realizing the boy is in grave danger, Paul arrives at Ethan’s home of Red Creek Valley, where things turn out to be even worse than he imagined. Ethan has vanished in the wake of a brutal murder, which Paul quickly discerns might not be the only murder to investigate.

The game is played through first-person perspective, whereby you explore and interact with the world in order to discover the truth behind Ethan’s disappearance. You conduct the investigation on your own terms and at your own pace.

Although it features some puzzles, the focus is on atmosphere, mood, and the essential humanity of the characters. It’s a game that tries to offer immersive storytelling — an escapist experience of discovering the secrets within another world.

The Vanishing of Ethan Carter was originally announced for PC - and will be released for that platform in the coming weeks - but will also make its console debut on the PS4 later on. 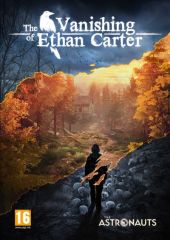 All videos for The Vanishing of Ethan Carter (1)