Until Dawn coming to PS4

Sony and Supermassive Games have announced Until Dawn, a new PS4 horror title.

In Until Dawn you play the parts of all eight friends as they gather at a remote mountain getaway for a night of unexpected terror. The story challenges players to unravel the terrifying mysteries of Blackwood Pines.

The game was originally announced for PS Move, on PlayStation 3 two years ago. But following fan feedback and the PlayStation 4 reveal, the decision was made to port the game. Apart from better sounds and visuals thanks to an updated Killzone Shadow Fall engine, the game is now in third person perspective. This allows a much more cinematic experience, say the developers.

Until Dawn is expected to arrive on PlayStation 4 sometime next year. 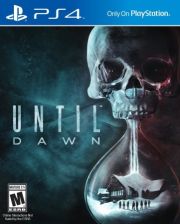 All videos for Until Dawn (4)