New World Interactive has announced a Free Weekend event on Steam starting today through August 11 for its shooter Insurgency.

The game will be available to play for free all weekend, and following the event, players will be able to purchase it at the sale price of $7.49 (50% off the standard price of $14.99).

Insurgency free to own for the next 48 hours
First major update coming to Insurgency this week
Prev:
Next expansion for Star Trek Online is Delta Rising
Next:
Lara Croft and the Temple of Osiris dated 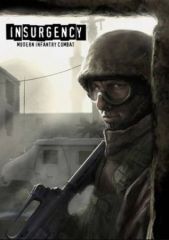 Our Review of Insurgency
73%
Good
The Verdict:
"Intense firefights elevate this tactical multiplayer shooter above its drab visuals and generic subject matter"
Game Ranking
Insurgency is ranked #883 out of 1668 total reviewed games. It is ranked #70 out of 152 games reviewed in 2014.
882. Rain
PlayStation 3
883. Insurgency