You can become Talion a week sooner

Warner Bros has announced a new release date for Middle-earth: Shadow of Mordor.

Although previously announced for October 7th, the action title will now ship on September 30th in North America and October 3rd in Europe.

"Based on hearing fans' excitement over the latest chronicle in Middle-earth, WBIE will release the action game earlier than originally planned at all participating retailers," said the publisher.

Players become Talion, a ranger who loses his family and is killed, only to be returned from death by a mysterious Spirit of vengeance. Based on the player's actions with the in-game Nemesis System, every enemy encountered is distinct and can evolve to become a personal archenemy through the course of the game.

Middle-earth: Shadow of Mordor will be available for PC, Xbox 360, Xbox One, PlayStation 3, and PlayStation 4. 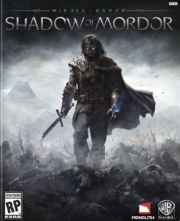