A new spinoff adventure that focuses on the story

Deep Silver has announced Escape Dead Island, a third-person single-player spin-off that unravels the origins of the zombie outbreak and tells the story between Dead Island and the successor Dead Island 2.

Escape Dead Island is a survival mystery that follows the story of Cliff Calo, who sets sail to document the unexplained events rumored to have happened on Banoi. Haunted by deja-vus, Cliff will have to make sense of it all throughout the entire game – again and again. This story-driven adventure lets players delve into the Dead Island universe and unravel the origins of the zombie outbreak.

While still offering a familiar Dead Island setting – visceral melee combat in a paradise setting – Escape promises a new tone to the zombie universe. The visually unique style accompanies the player on his struggle against insanity as he experiences the secrets of the Dead Island universe, fights off zombies with a unique array of weapons and opens the path to the events that will happen in Dead Island 2.

Developed by Fatshark Sweden, Escape Dead Island is scheduled for release this Fall for the Xbox 360, PlayStation 3, and Windows PC. 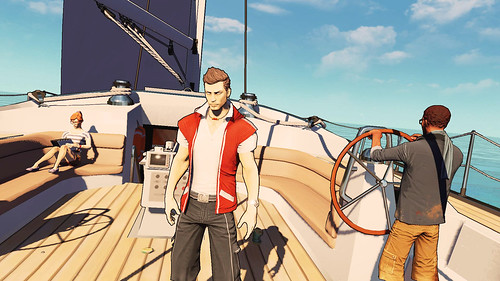 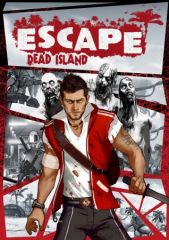 All videos for Escape Dead Island (3)