Activision has announced that a new character called Gearshift can be gained via a special pre-order program starting today for Skylanders Trap Team.

Gearshift is the latest character to be unveiled in the Skylanders Trap Team lineup and will be offered to Skylanders fans for pre-order at all major North American retailers while supplies last. This marks the first time fans will be able to get their hands on the Tech element character, months in advance of her official arrival at retail in 2015.

Only a limited supply of Gearshift will be available for the launch of the game in North America, so fans are encouraged to pre-order early.

Skylanders Trap Team allows players to seek out the most wanted villains in all of Skylands, capture them and pull them out of the game into their living rooms by securing them in a Trap.

Skylanders Trap Team will be available on Wii, Wii U, PlayStation 3, PlayStation 4, Xbox 360 and Xbox One this October. 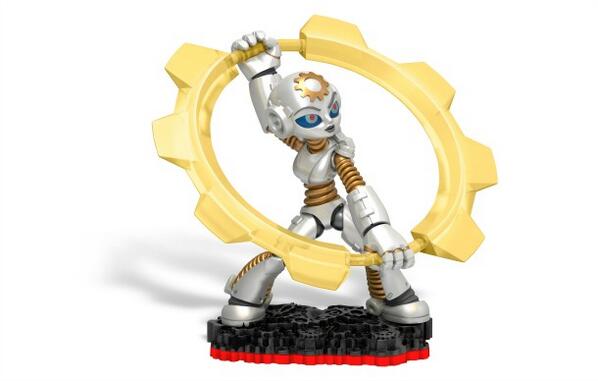