Capcom has announced that Ultra Street Fighter IV has officially released today across North America as digital upgrade content for PSN and the Xbox Live.

In Ultra Street Fighter IV, Poison, Hugo, Elena, Rolento and Decapre join the fight, complete with new animations and their own unique play styles, bringing the final roster count to 44 characters. Six new battle environments provide a colorful backdrop to the action. Direct fan feedback was gathered on all of the original 39 characters from Super Street Fighter IV: Arcade Edition and the core system mechanics in order to achieve the most balanced Street Fighter ever.

Dragon's Dogma
Online
There are currently 0 members and 137 guests on the website right now. Who's On?
Activity in the past 10 minutes: 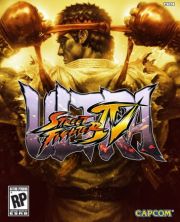